Our second Halloween as a family of three... The first Halloween we had a little skeleton in the house. This year I was umming and arring between three costume choices, and ended up with... the black kittycat! Thanks for the votes by the way, it did seem that kitty got the most votes, and in the end we thought it looked the cutest (while still Halloween-appropriate) of them all.
After dithering with the costume dilemma for a while, I quickly carved a little munchin pumpkin to act as our Jack O'Lantern to show the kids in the neighbourhood that we were partaking. Maybe it was too small though, as we probably had about 10 kids knocking on our door. Or maybe everyone was on a holiday somewhere far more exciting than North London during the half-term. 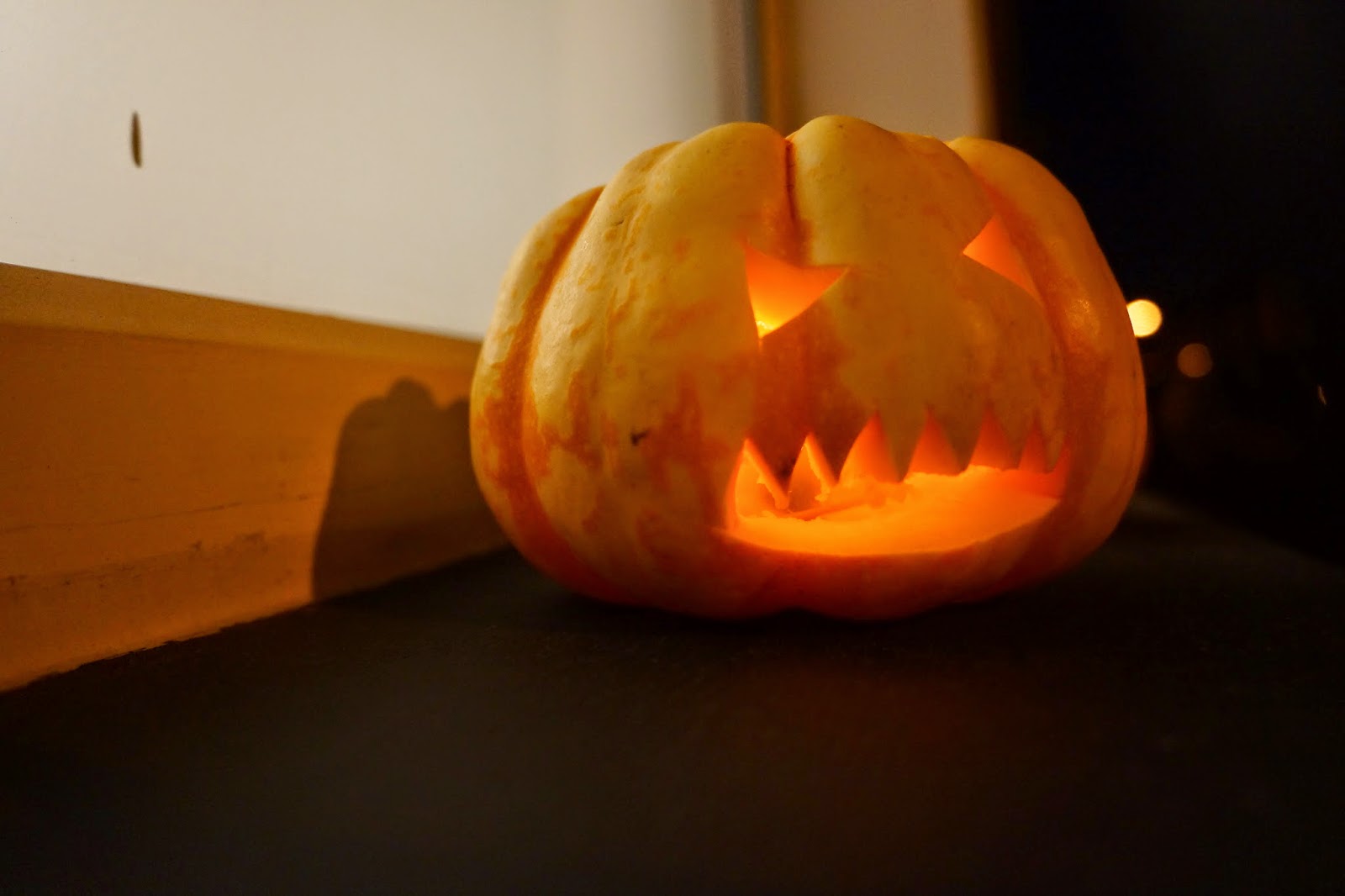 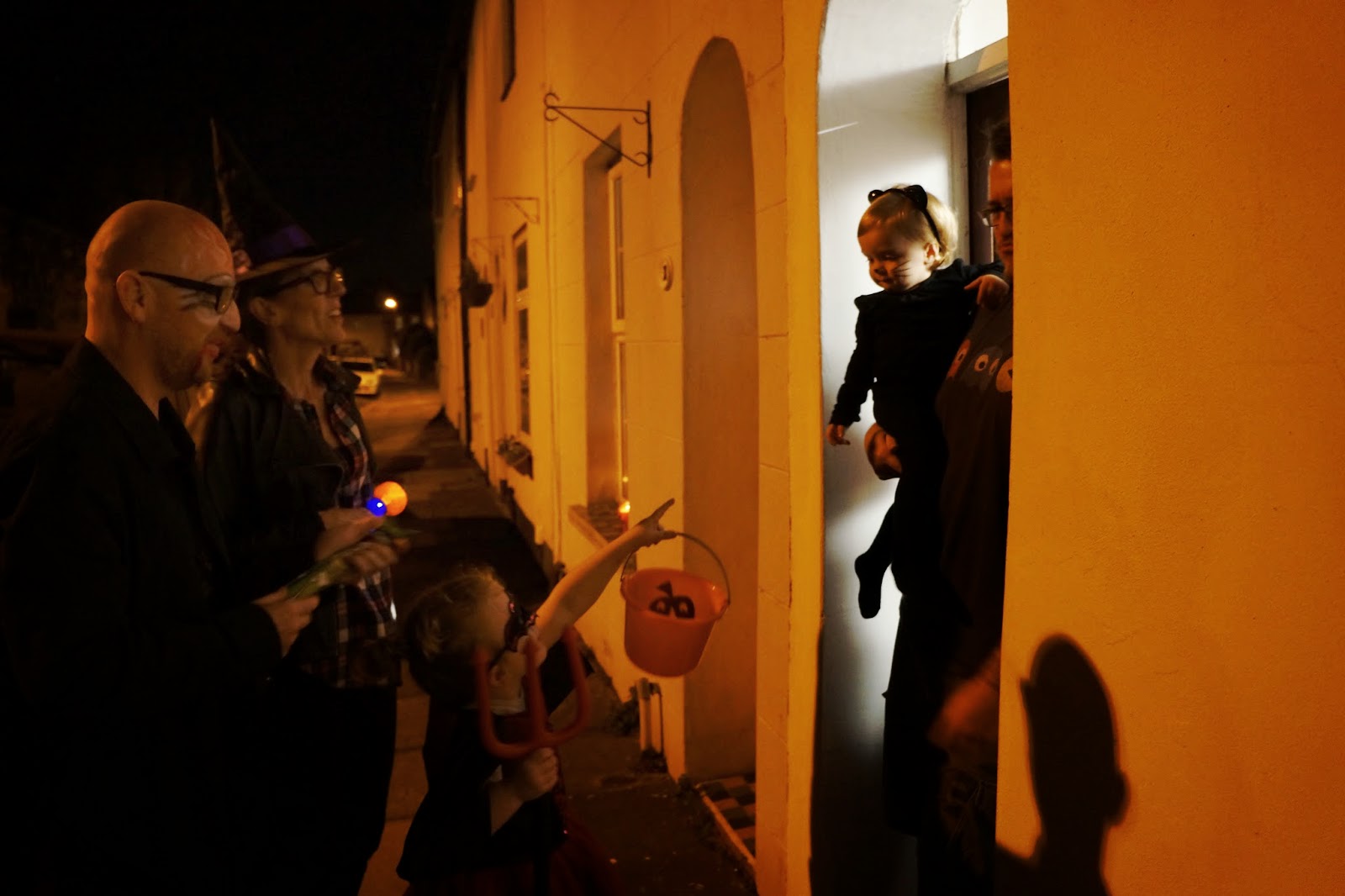 We did get trick or treaters, and we had loads of candy bars for them. Now we must eat them all ourselves (which on the other hand, is not too much of a bother...). We also had some Halloweeny donuts, yum. 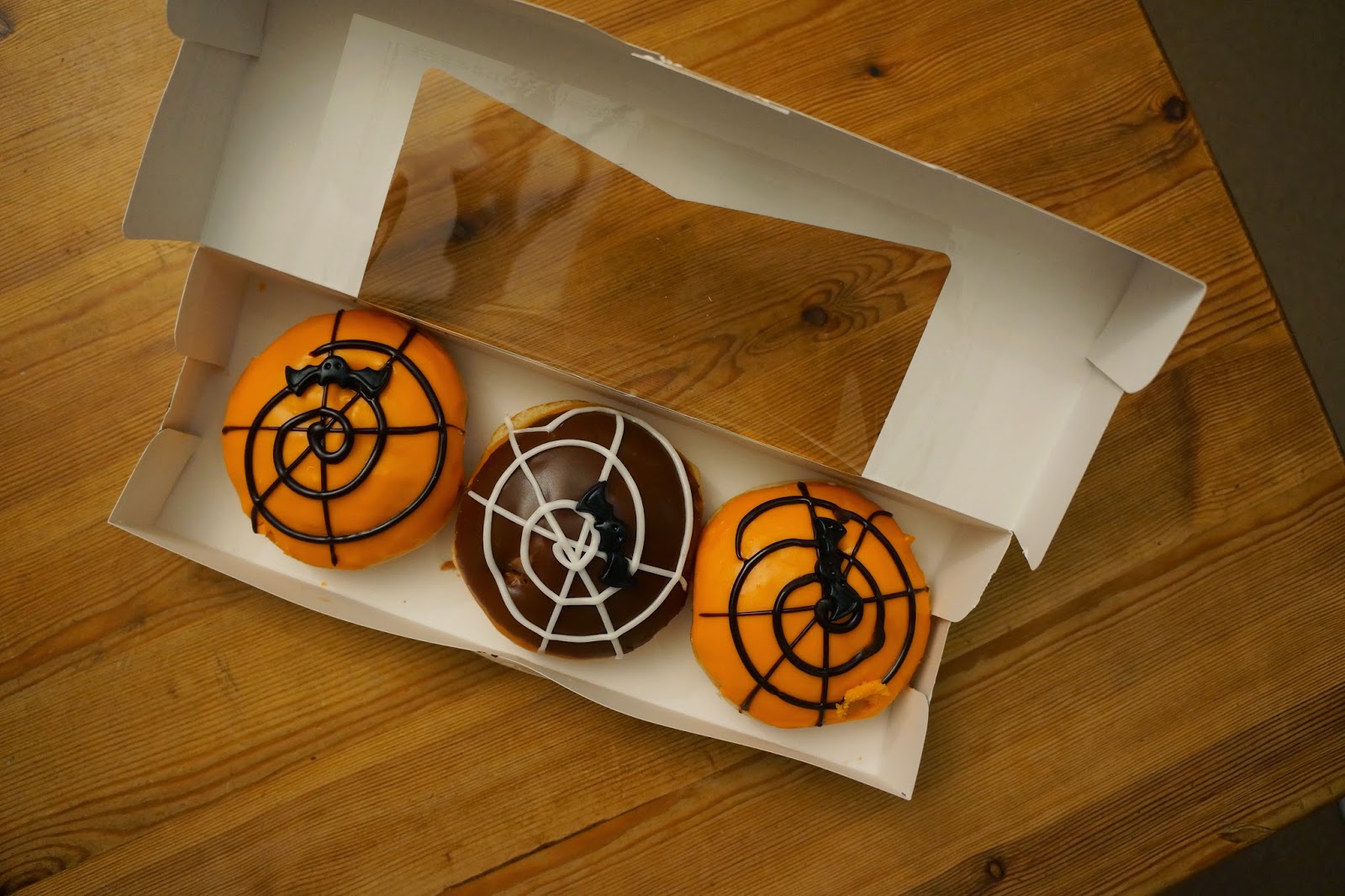 I was a bit of a bad mummy, and a bad mummy blogger for completely forgetting to take my big camera out for the kittycat outfit. I took only a few pictures on my iPhone for Facebook purposes, and then just firmly parked myself near the door, guarding the candy jar from sneaky little (and big...) fingers. 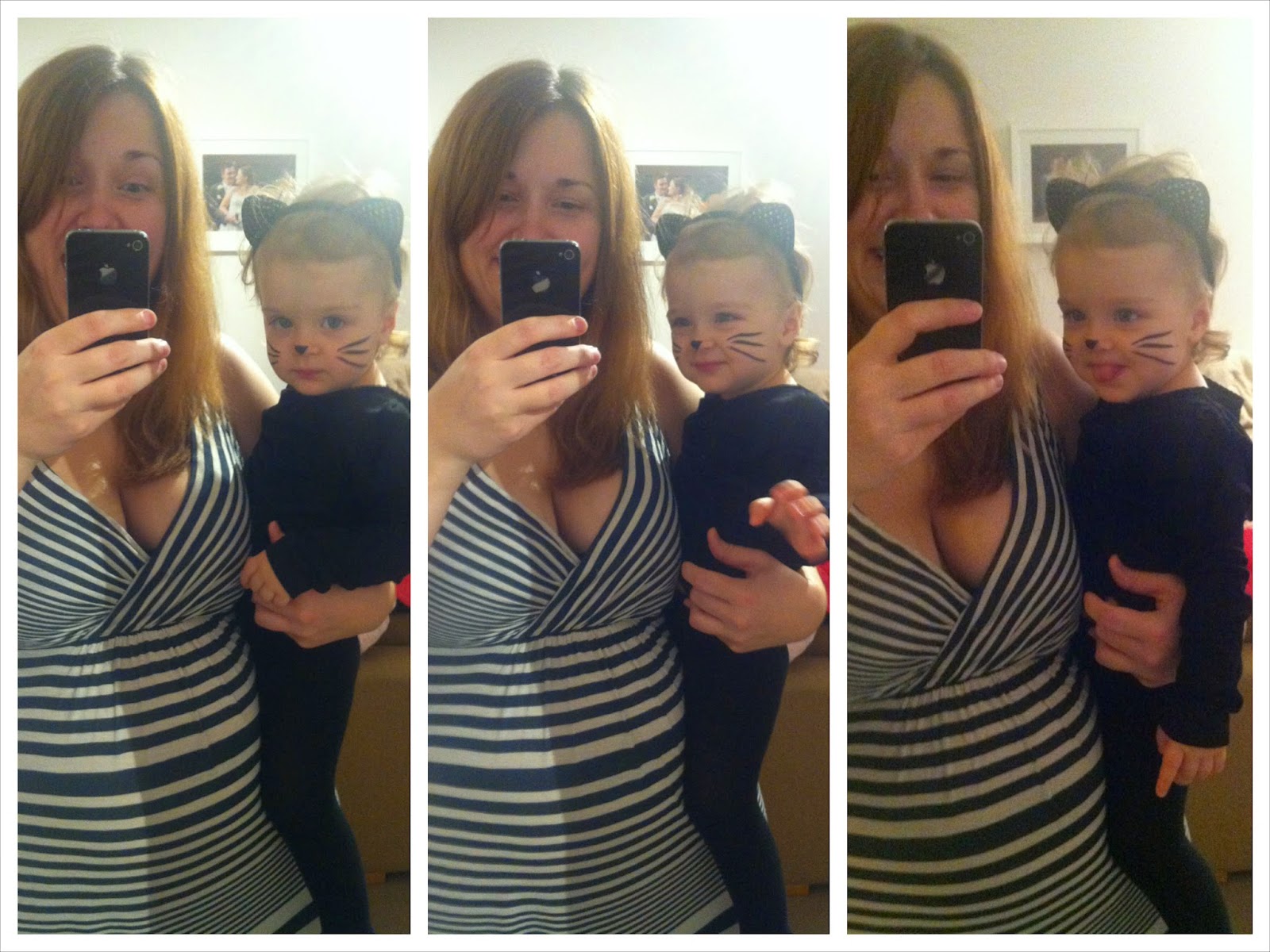 Quite an ordinary Halloween, and I can't wait for my little one to grow so we can go trick or treating.

How was your Halloween?