A night as Bond: Review of the Secret Cinema Casino Royale

Last week we went to the grand re-opening of Casino Royale and what a night it was… Secret Cinema, the immersive cinematic event in London, has done a production based on the start of the latest Bond re-boot Casino Royale and we went to the first night. The events are running until 22ndSeptember 2019 and  I wanted to share some of my thoughts and tips on how to enjoy the experience the best, so here is my spoiler-free review of the event. 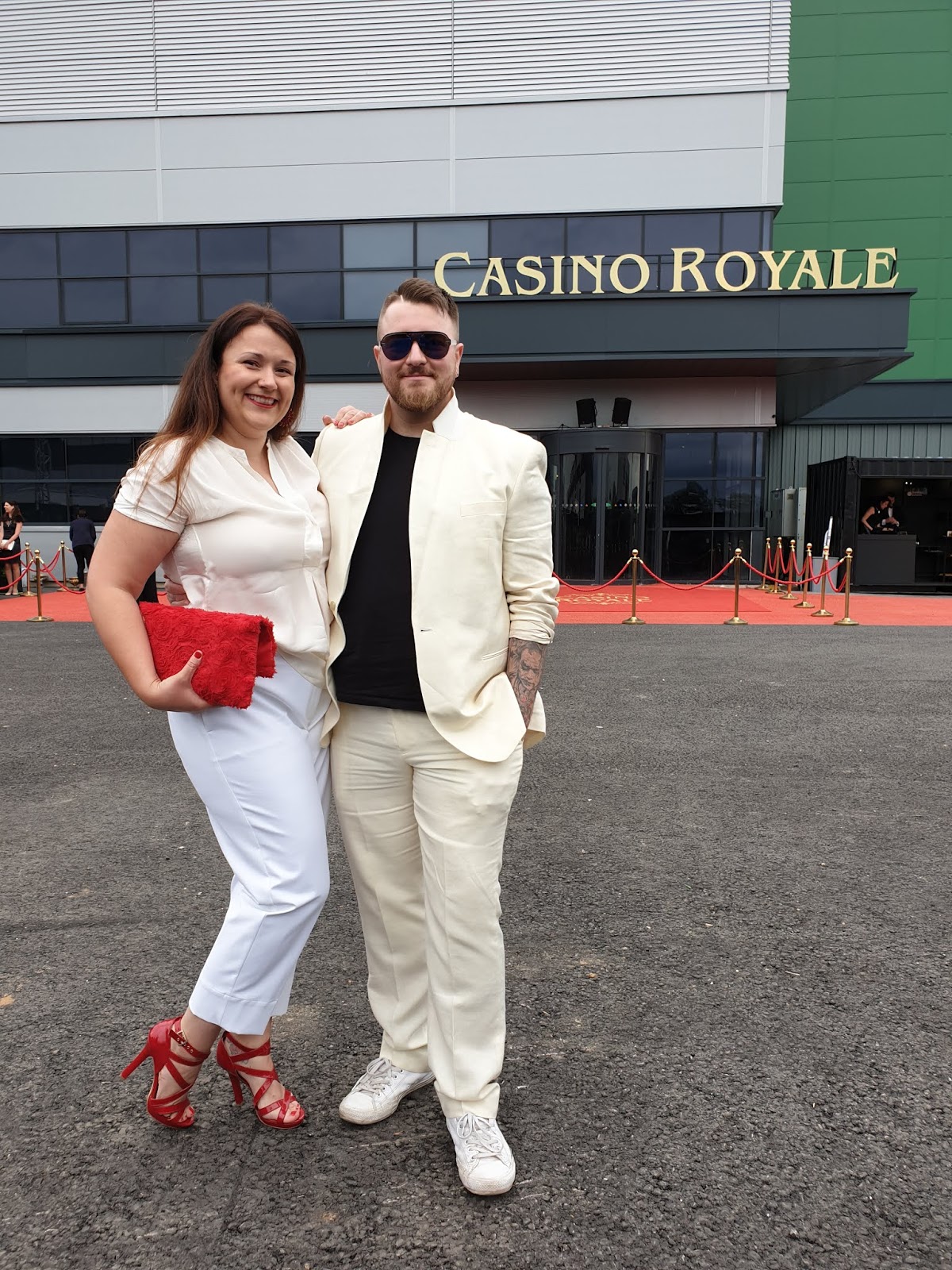 If you have never been to Secret Cinema I would definitely recommend it. A special set based on the film is created at a secret London location, actors are recruited to interact with the audience and provide scenes relevant to the film, and finally the film is shown to the audience, with an added flair. There may be things such as special effects and actors recreating the scenes live in front of the screen. There are food and drinks and activities. Your phones are packed away so you can’t take any photos, and you immerse yourself in the whole experience. We’ve previously been to the Secret Cinema Blade Runner (see my review here), which was an amazing experience.

Now, I’m not going to share any spoilers here now, but will update this post with a detailed description after the production has finished.

As part of your pre-event instructions you are told to wear a certain colour depending on your character. If your group has different colours, fret not, you can stay together, no-one will separate you. Before you enter the event you get briefed on your spy-appropriate mission - look for the person holding flowers in your colour.

You don’t necessarily need to buy anything as a prop, but should you feel the need to, there is a Secret Cinema online shop, as well as a physical shop outside the entrance and inside the venue on the day. We had ordered a set of purple sunnies and red jewel earrings online before attending (they arrive quick, in a day or two) but could have just relied on whatever we could find already. 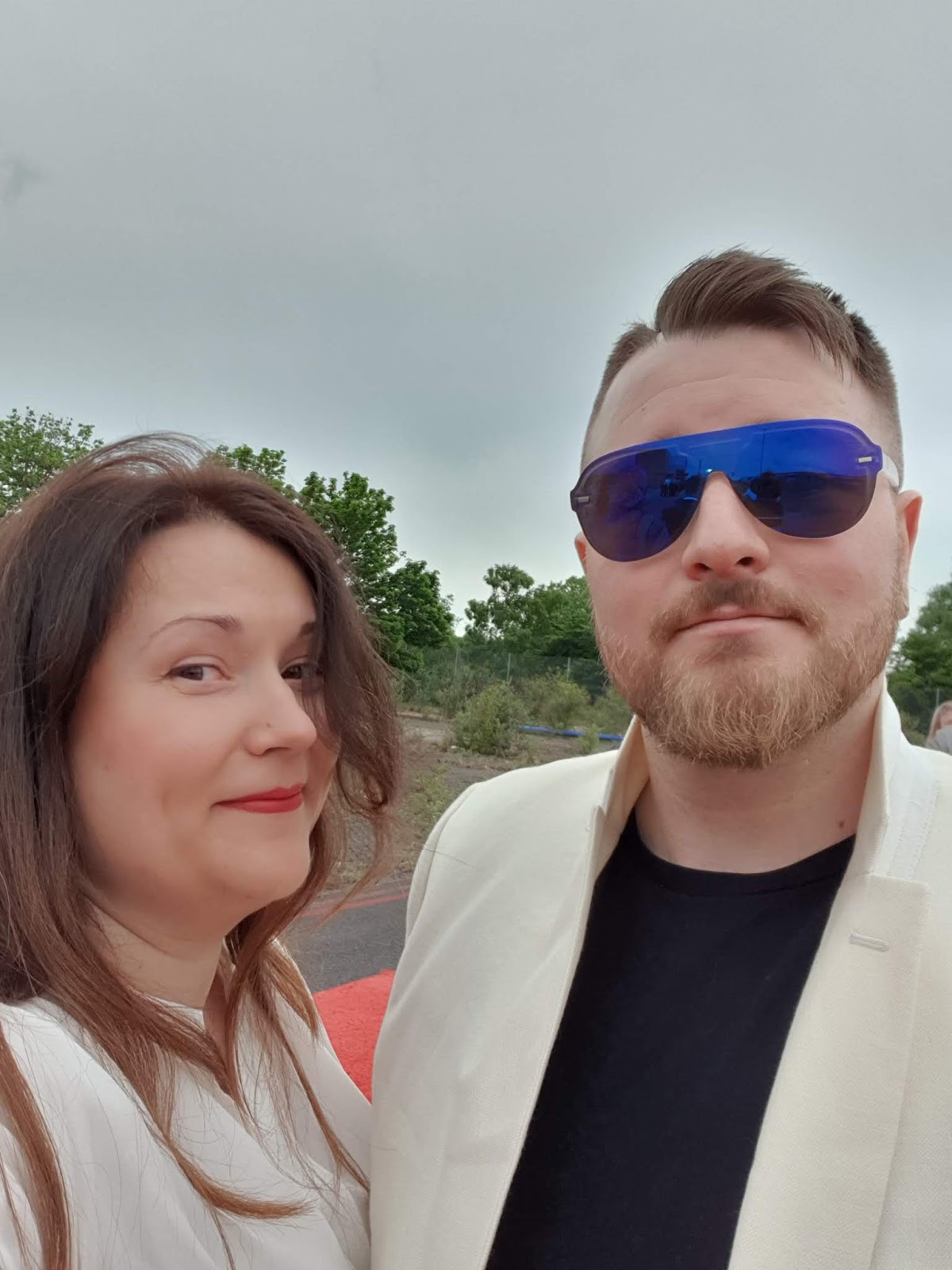 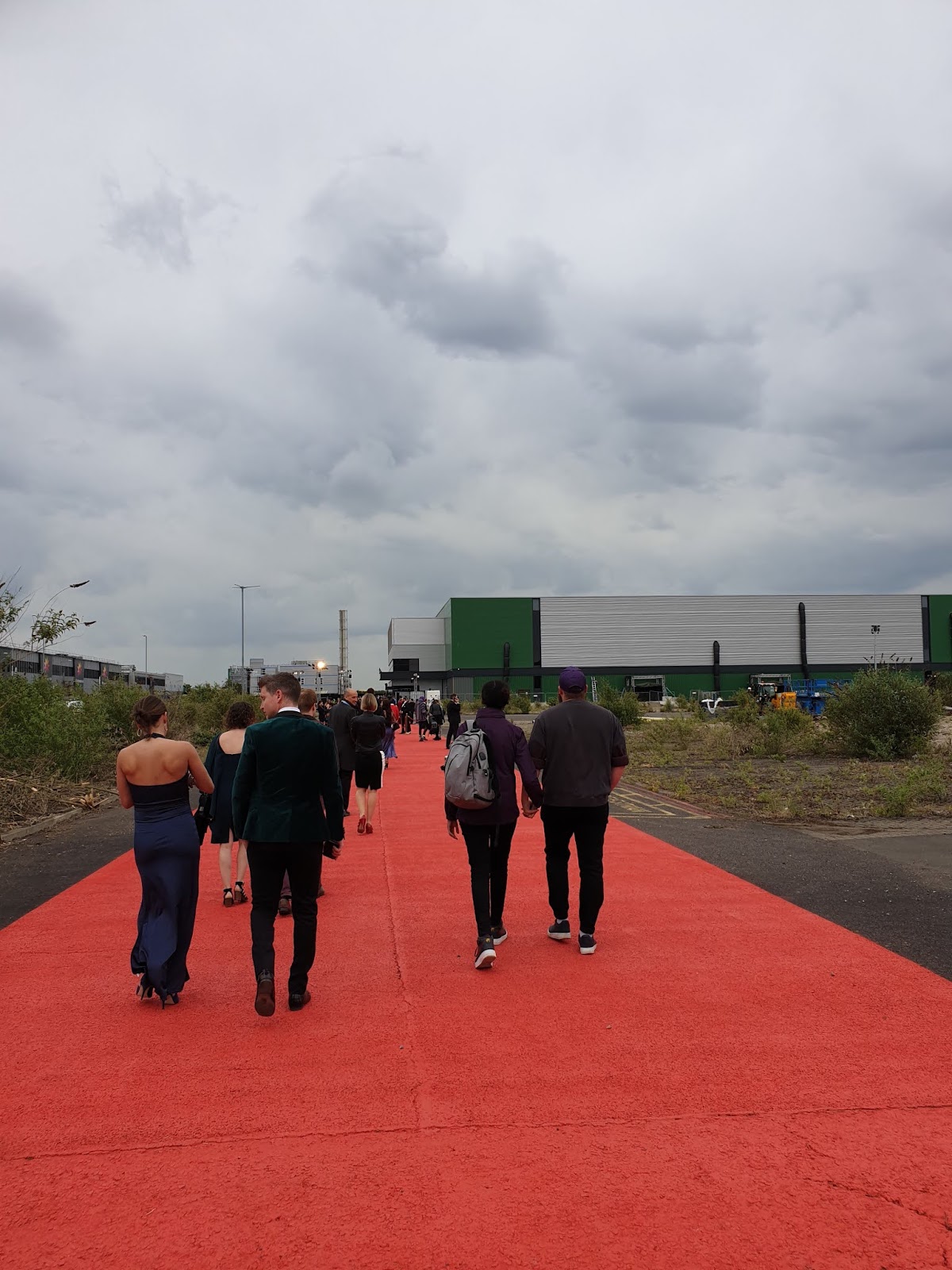 At the event feel free to interact with the actors, and do explore the area. It is vast. Huge. There are off the top of my head five different areas to explore, although one didn’t seem to be much more than a bar. There are food stalls in at least three areas, so plenty of choice. There are performances happening in all areas, so don’t worry too much about seeing everything. There was live music and acting performances, with some scenes flitting from one area to another. There are also a couple of rooms where you can get in on the action, so do try join in if you can. You might not be able to as it is busy and not everything is available to everyone, based on skills and finances (without revealing too much detail!) and VIP status.

I found the good things to be that the set was huge and there was much to explore. We got there as one of the first people and we managed to wander about a lot without ever feeling bored. Food was nice, although fairly basic stuff, not excessively Bond but keeping to the locational theme. I liked the performances although I didn't really capture any real storyline, if there was any. The film though... I'm not a fan of Bond films really but I enjoyed this one a lot. The added performances and special effects during the film were fabulous, and I loved it. It felt really immersive and cool. Also, unlike some previous productions the seats were well-spaced and  fairly comfortable, even if by the end of the film I was feeling tad achy after all that sitting. Modern films eh, they make them twice as long as they really have to be... 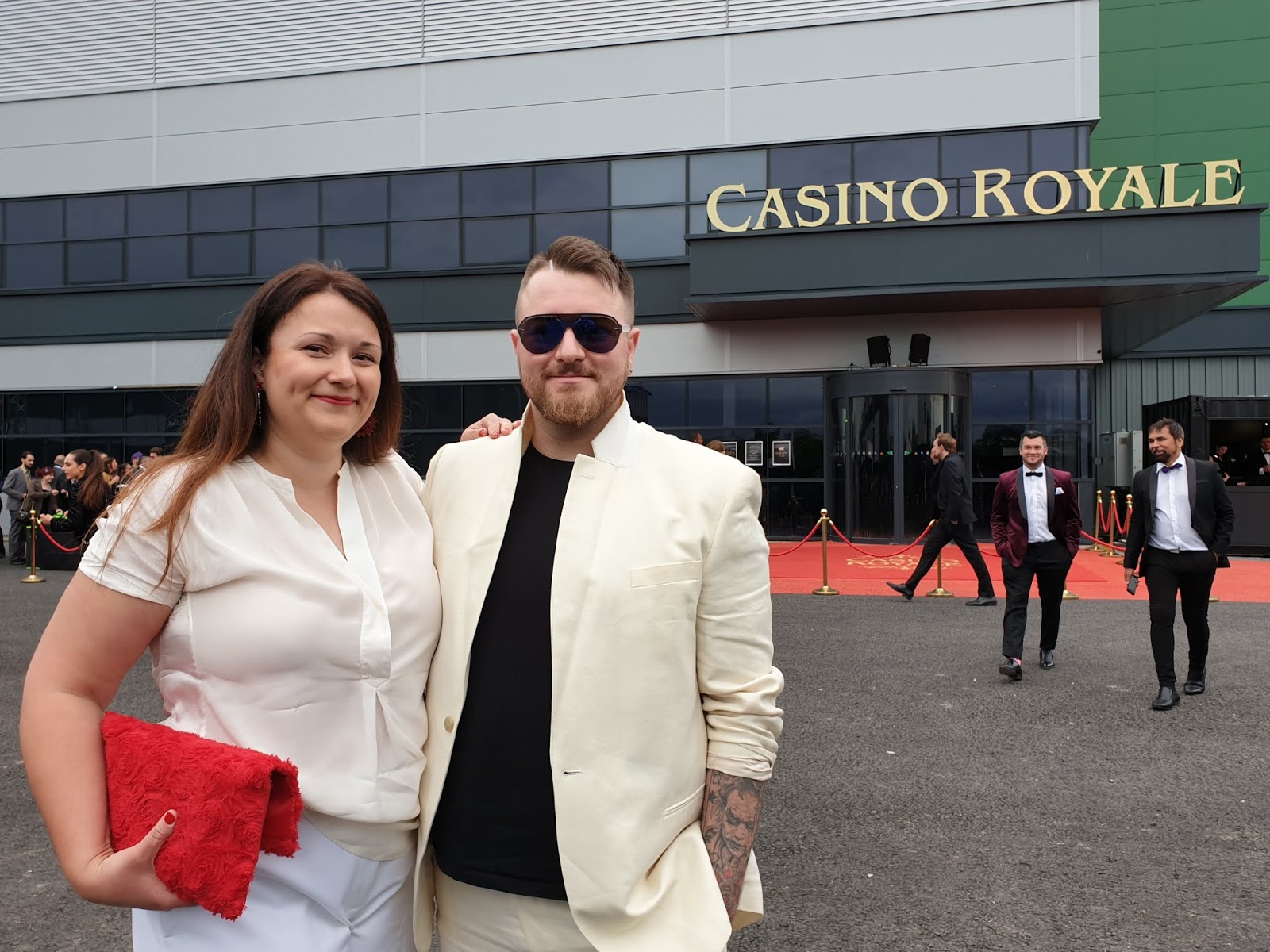 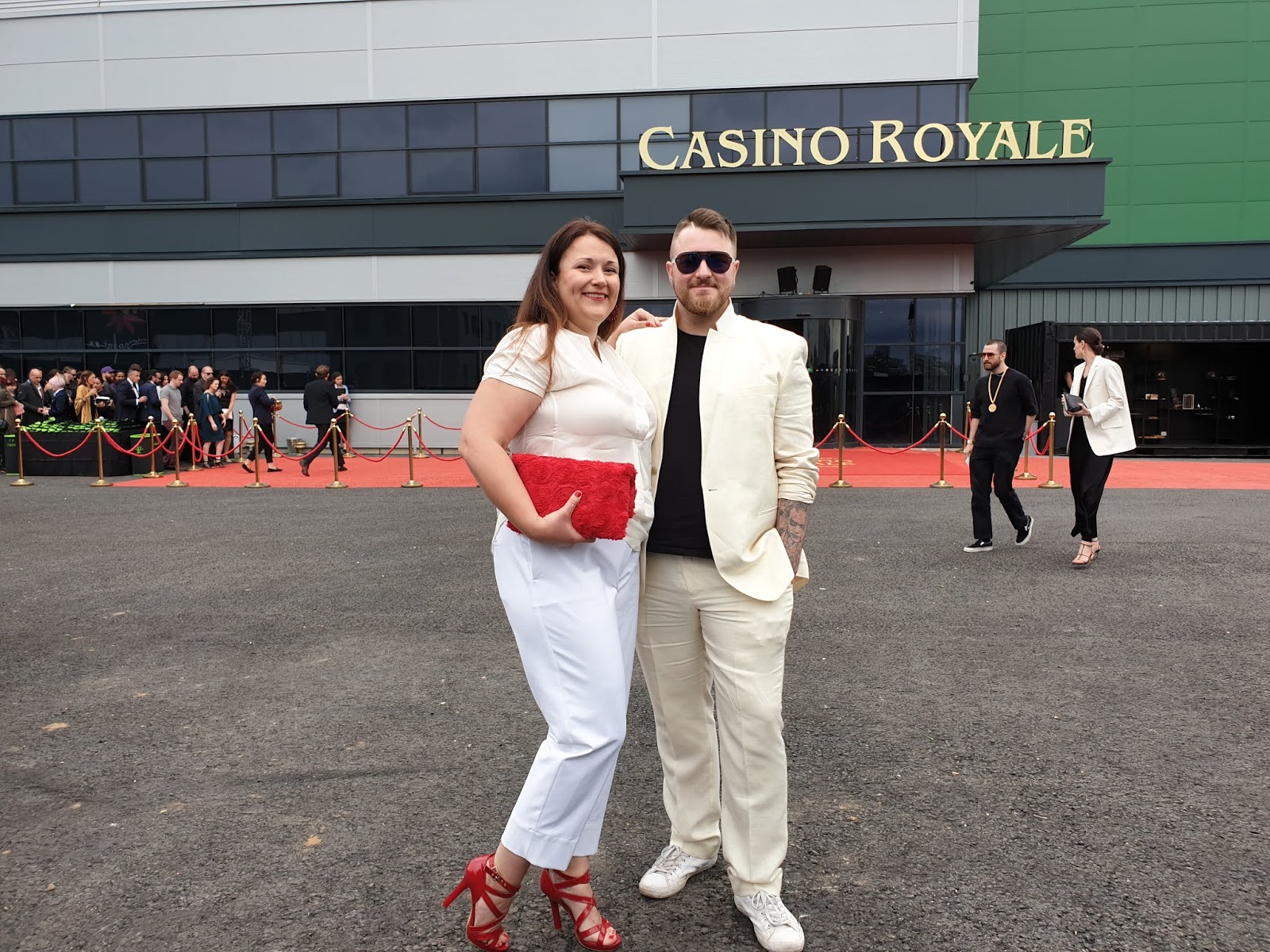 As for bad things, there weren't many. I did feel that there was a lot of people, and at time it felt like you were in a club, particularly at some transfer points between areas. A seriously annoying thing was that as the bars were open during the film, the quiet scenes were interrupted by chatter and ambient noise from the bars. Not a problem at loud parts, but even though we were sitting at the front we could still hear the bar noises during quieter scenes.

Also, I think it is worth to mention that as a basic ticket holder (at £50 a pop) there were some activities to join, but I feel like there was a lot more (of course rightly so) for VIP ticket holders. We for example got booted out from one room, politely and in character by a couple of Bond baddies, as it was taken over by VIPs. As a basic ticket holder you probably miss a fair bit of the performances as they flit between areas and as a VIP you would be taken to where the action is. VIP ticket holders were taken from scenes to other scenes, so I would think they get more of a show and a storyline to the experience.

But all in all, I really enjoyed our night and thought it was fantastic fun, and I loved watching the film. I've also got a few tips on how to enjoy the night... 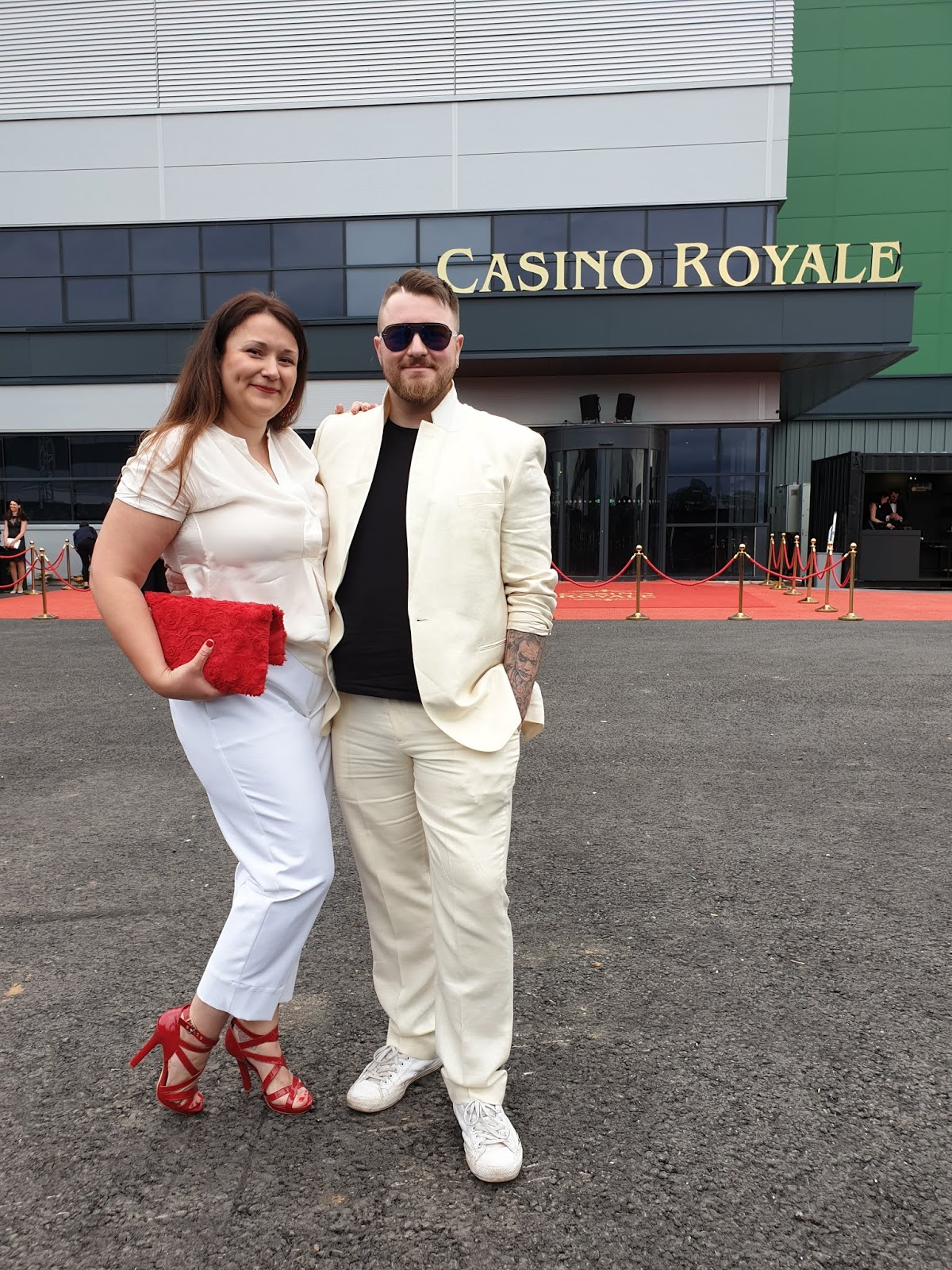 Have you been to Secret Cinema ever? What would be your tips?