Need a full and honest review of Butlin's Bognor Regis?

It has been a while since we were to Butlin's. Last time we visited was in 2017, and we went to Butlin's Minehead for a press visit. I wanted to share a quick review of Butlin's Bognor Regis in 2020, and some helpful tips for anyone visiting the resort. If you are looking for information specifically about the coronavirus safety measures at Butlin's and how to book shows and entertainment check my post about Butlin's new measures in 2020 - this post right here is however Bognor Regis resort specifically. 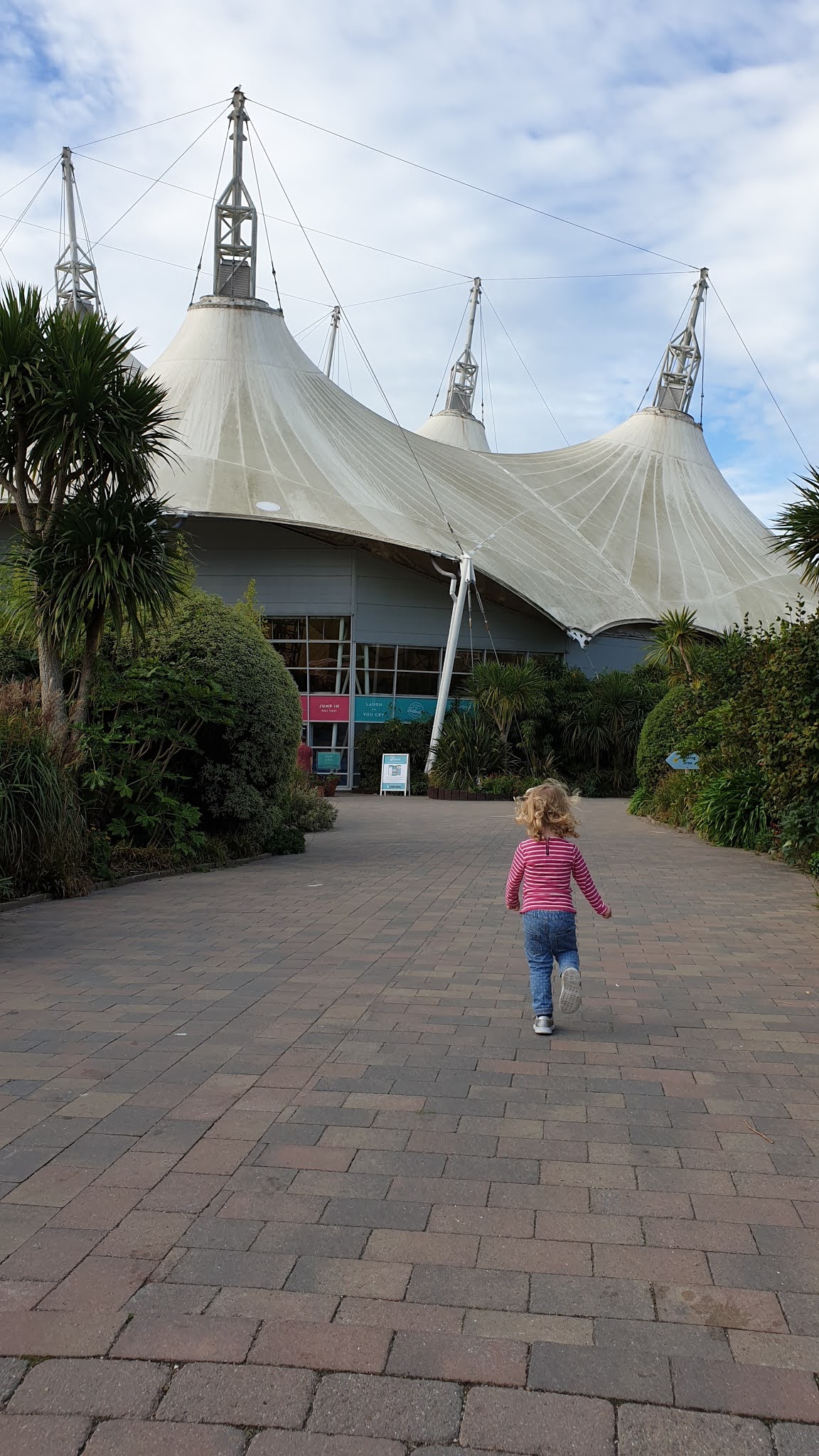 It was nice! Clean and well maintained, with lots of activities. A real kids dream place with plenty of easy to access entertainment, and an amazing waterpark (of which more in the next section). There were crafts, fairground rides, shows, swimming and different sports activities and an animal experience.  Unlike Minehead the arcade game area and the penny pusher area were small and tucked away, which is my preference anyway. The kids loved Bognor Regis, us adults thought it was quite hectic as it always is with kids. Our accommodation was OK, although there were a couple of issues.

This was the real highlight of our trip. Splash Waterpark has been recently remodelled and it was looking really spick and span. There were all kinds of slides and pools suitable for a variety of ages. A deeper pool for swimming, bubbly ones, wave pool and two splash pools with a variety of very small slides and water play areas suitable for the littlest ones. It was really fantastic for little ones, and for the bigger kids there were cool slides too and of course the wave pool. The wave pool was operational when we went, although the website currently states the wave machine is off. The Helter Skelter slide was closed.
We had two sessions in the pools. Because of a reduced capacity for the most part the queuing was very quick and we managed to try all the slides. We went for the morning sessions which are likely to be most popular with families, so I found the splash pools were busy but the most slides had hardly any in them. You could pretty much just walk to some of them which was great and we ended up doing so many slides. The longest queues were in the Seaside Garden Rapids and Family Raft Ride, so I'd recommend doing them as the first thing before queue builds up. Seaside Garden Rapids was a very slow ride, but my daughter enjoyed it a lot and the Family Raft Ride was a ring slide, fun but a bit scary when your back was facing down the slide.
The family changing rooms were great and finally big enough for a whole family! The session was organised quite well, and only some rows of the changing rooms were open to use. When the next session was due to come, they are directed to the closed off sections, and the previously used changing rooms are deep-cleaned. It was very clean when we went. The only issue was at the lockers area where people congregated as there was so few available - for the lockers bring a pound by the way!
Despite the reduced capacity, at times it was difficult to comply with social distancing, especially at the toddler splash pools. These were very popular and kids of course run all over the place. Other than that it was great. 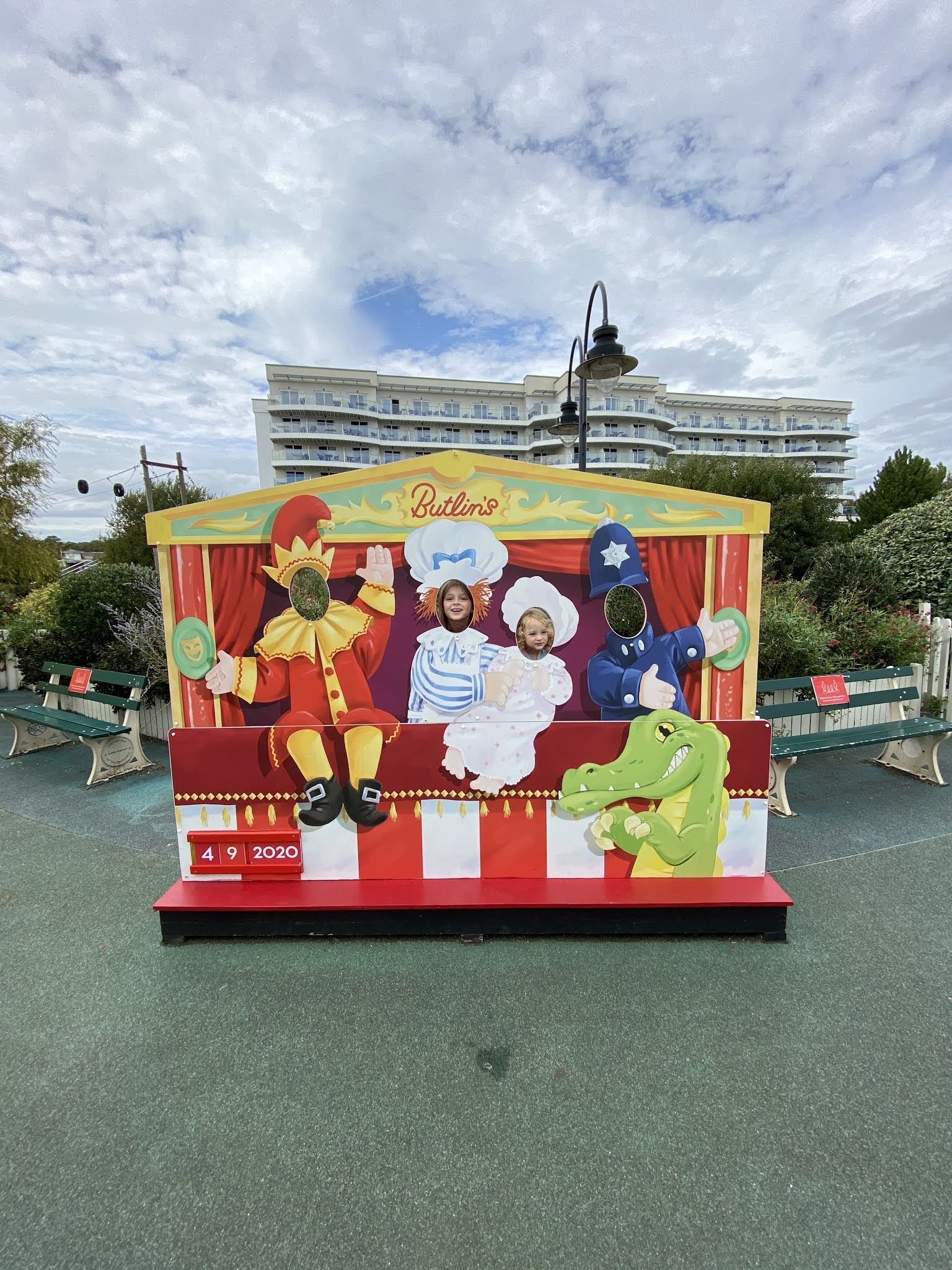 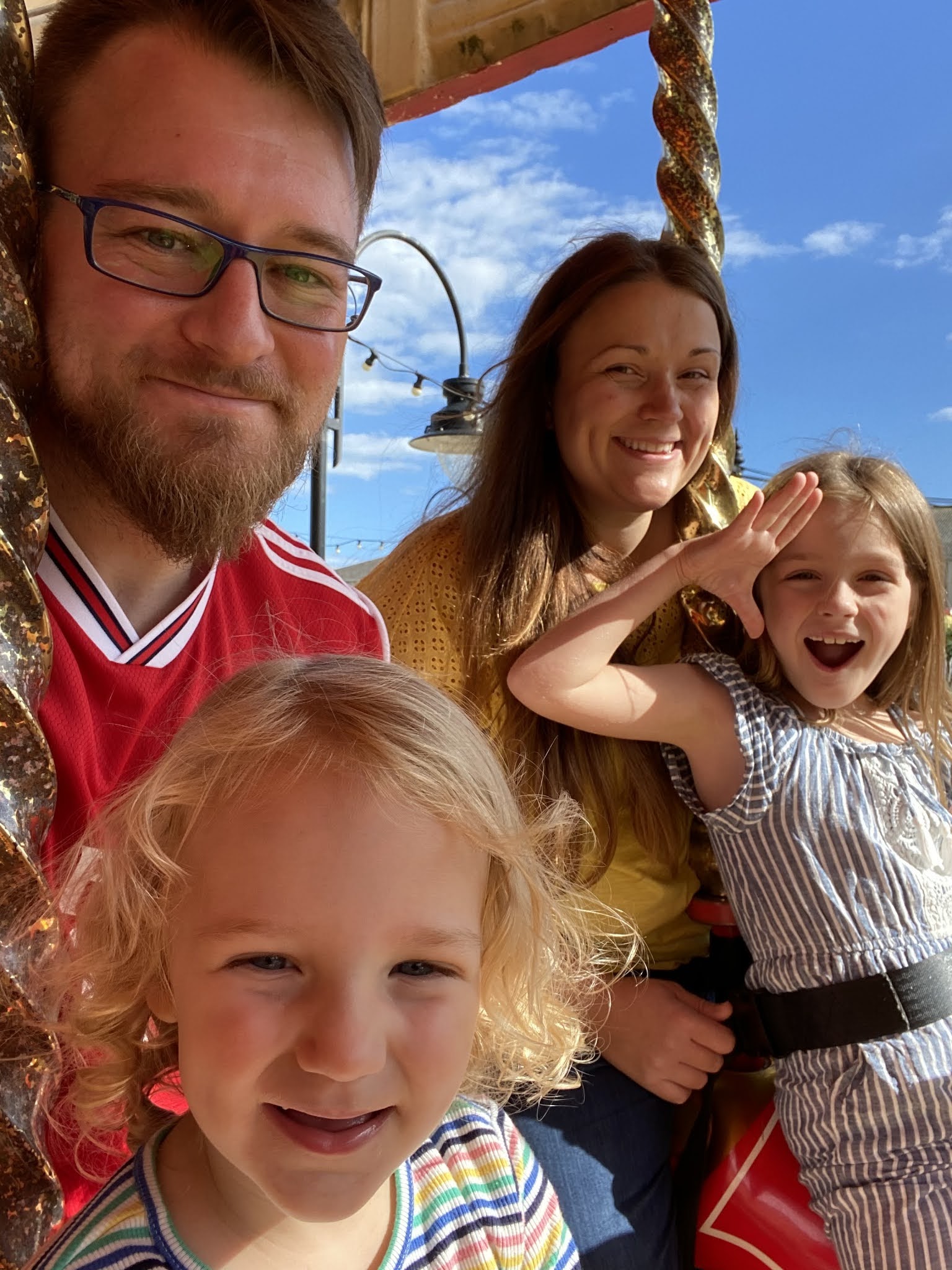 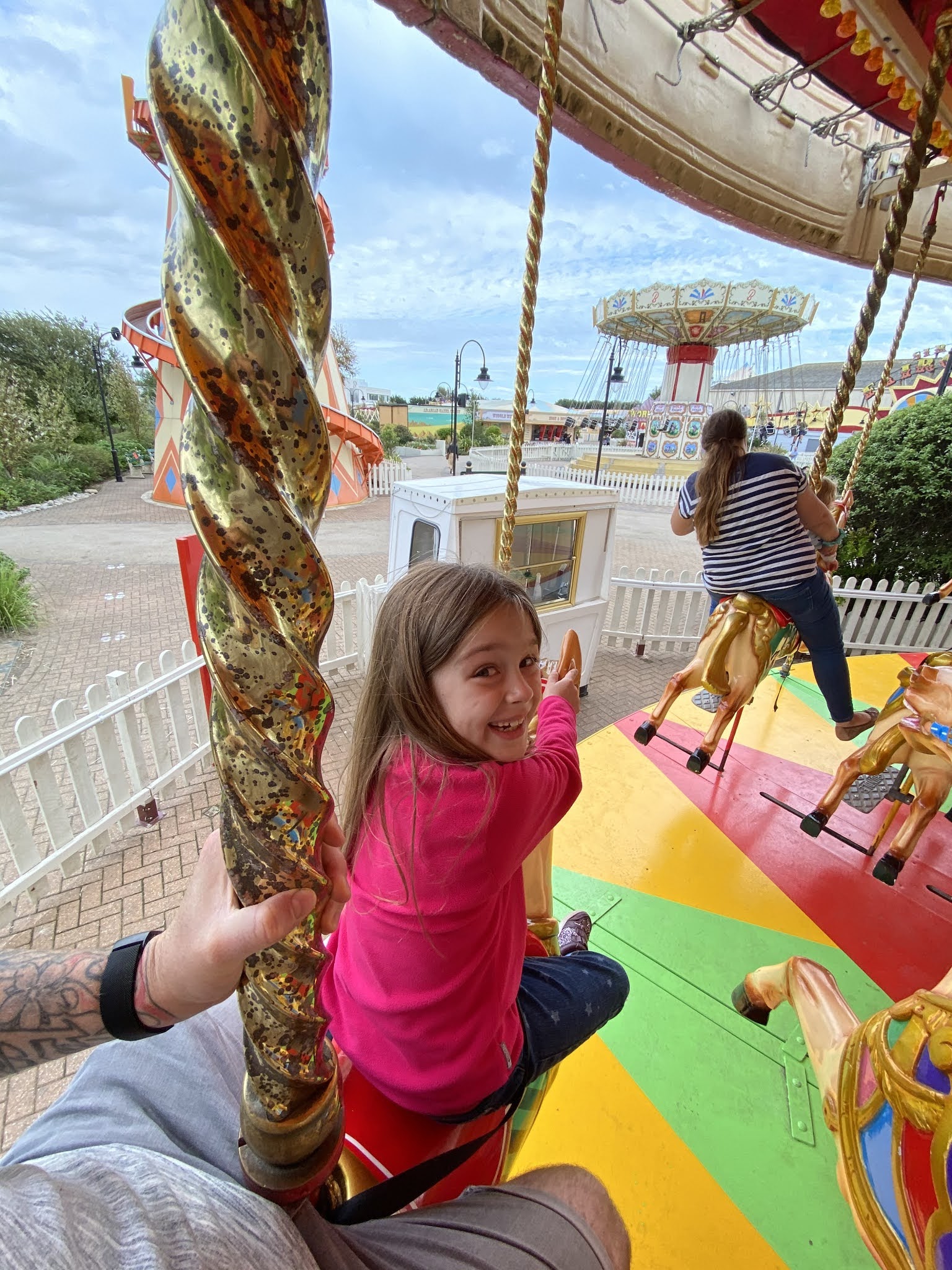 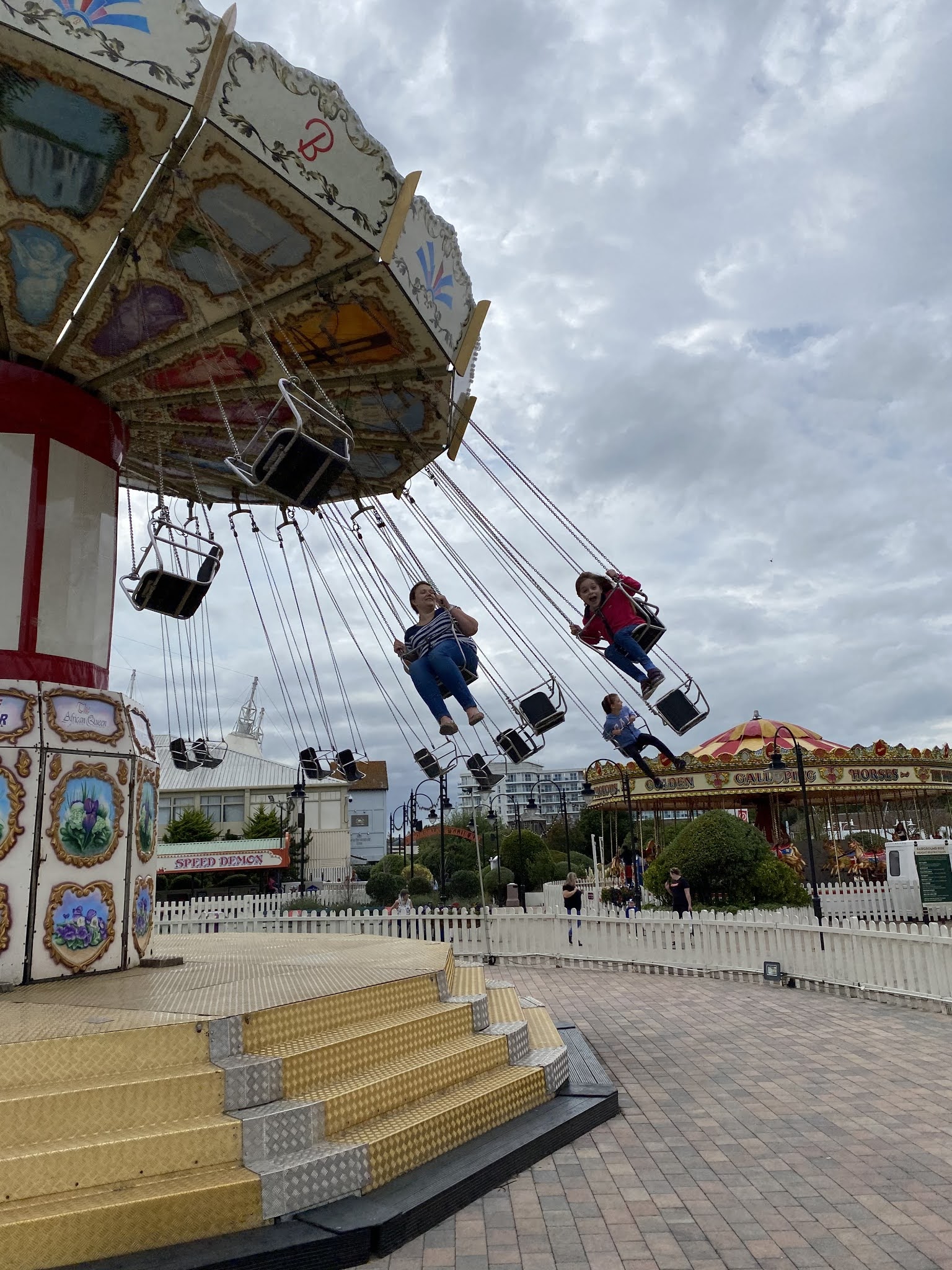 We stayed in New Style Silver apartments. These are mid-range in Butlin's accommodation range, so not the most basic but not the fanciest either. It was a two bed apartment, so a room for parents, a room for the kids, and a living room with a small kitchen. My kids loved it, thought it was the most luxurious place ever ha ha, us parents less so, but it was nice to have the extra room.
If you are self-catering, you will be pleased to know the kitchen was perfectly adequate, with a toaster, an oven fridge-freezer, utensils, cups, glasses, plates, chopping board, knives, pots and pans and an oven pan. You also got a small dishwasher soap, sponge, a reusable wipe, and a small tea towel. What I would say though, is that bring an oven glove, cling film, some additional tea towels, kitchen spray, and also a pan and an oven pan. Our oven pan was fine, but the frying pan was very worn down.
There were a couple of issues with the accommodation though. Minor issues were the safety lock at the door was yanked so nearly fell off the frame, and the fridge which had a broken section so milk bottles kept on falling out. Major issues were that the sink was nearly blocked when we arrived, and eventually did block. Second major issue was the very serious mold issue in the bathroom shower enclosure silicone. Never have I ever seen such aggressive growth of mold - it spored within an hour of wiping it off.
To Butlin's credit, when I raised the issues with housekeeping they were dealt with very quickly. They did offer to replace the fridge, but since we were leaving soon we said it's OK. The other things were fixed and/or cleaned, although I have to say the mold grew back soon, the sink became poorly draining soon again and the safety lock was again yanked nearly off by my toddler.
So I'd say good on effort, execution hampered by having to do quick fixes, and the accommodation was passable for the short amount of time we spent there.

We were mostly self-catering, so had breakfast, lunch and some dinners at the apartment. There are big supermarkets in town and a 5 minute drive away, so best thing is probably to come in to the resort, get your bags unpacked and then go do a big shop if you are self-catering. There is a small shop at the resort, which is very convenient but a bit more expensive, and personally, I didn't think the ready-made lunch options were appealing at all. We did get little snacks and drinks from the resort shop though.
In the resort there are Burger King, Beachcomber Inn (pub grub), fish and chips, Papa Johns for pizza and The Diner for American type meals. You could also get Costa coffee in the Skyline Pavillion and of course drinks from the bars. We did take advantage of the 2 cocktails for £10 deal a fair bit - they weren't that amazing if I'm honest, so eventually we moved to draft beers and cider bottles. We had breakfast at Beachcomber Inn, which was nice, a very typical English breakfast, and dinner at The Diner. The Diner milkshakes and freakshakes were amazing. The food was OK - my husband wasn't keen on it but I thought it was pretty typical of these types of restaurants.
There is of course the premium dining and food court dining too, but we didn't use them this time.
I've seen recommendations for some restaurants outside the resort in and around Bognor Regis. Some places that have been recommended are Oystercatcher, Lobsterpot, Clock House cafe, Syrup cafe, Brewers Fayre and The Hatters Inn (Whetherspoons). We did plan to go to Lobsterpot originally as the menu looked nice, but kids eh... Easier to stay on resort. 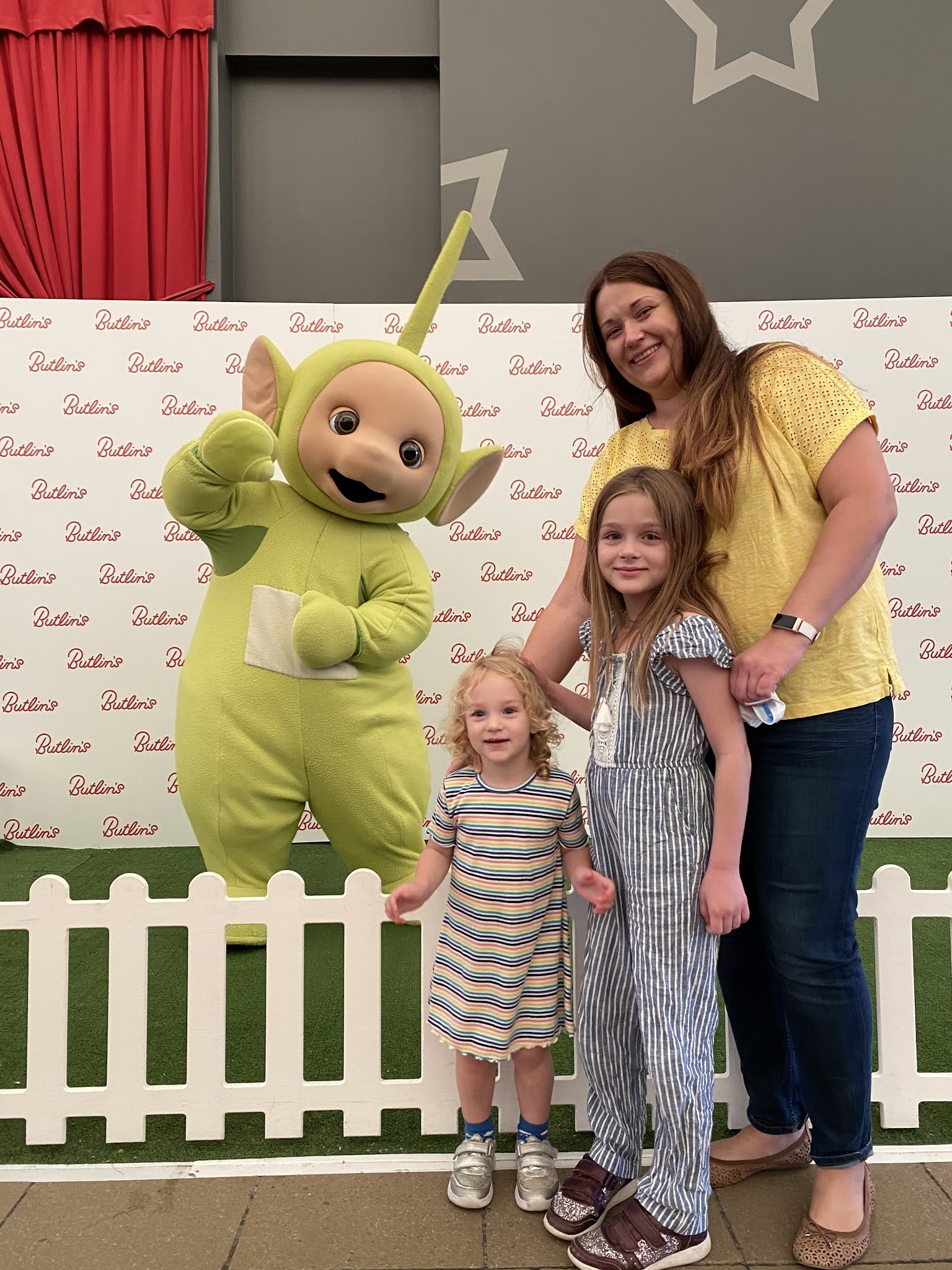 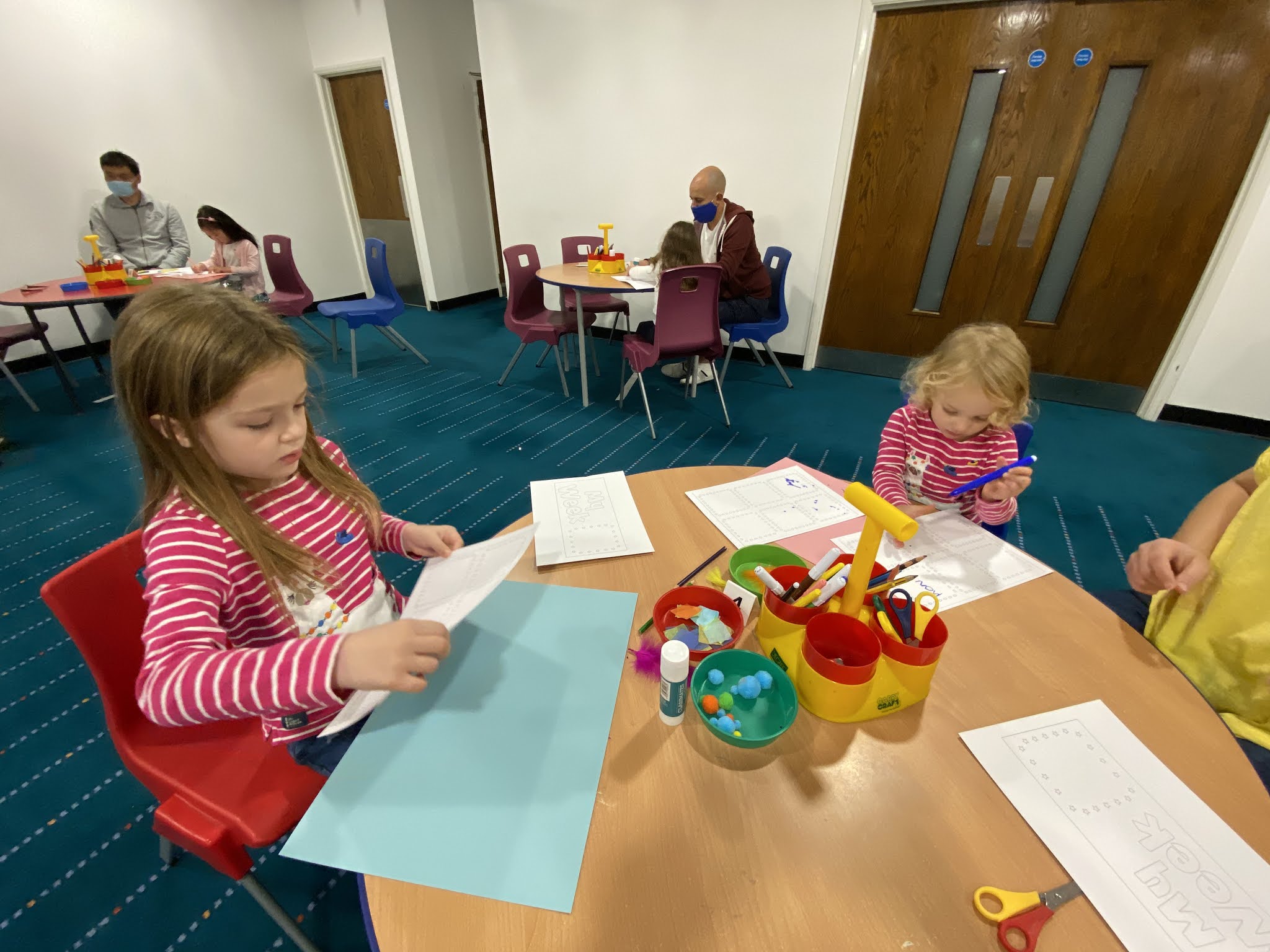 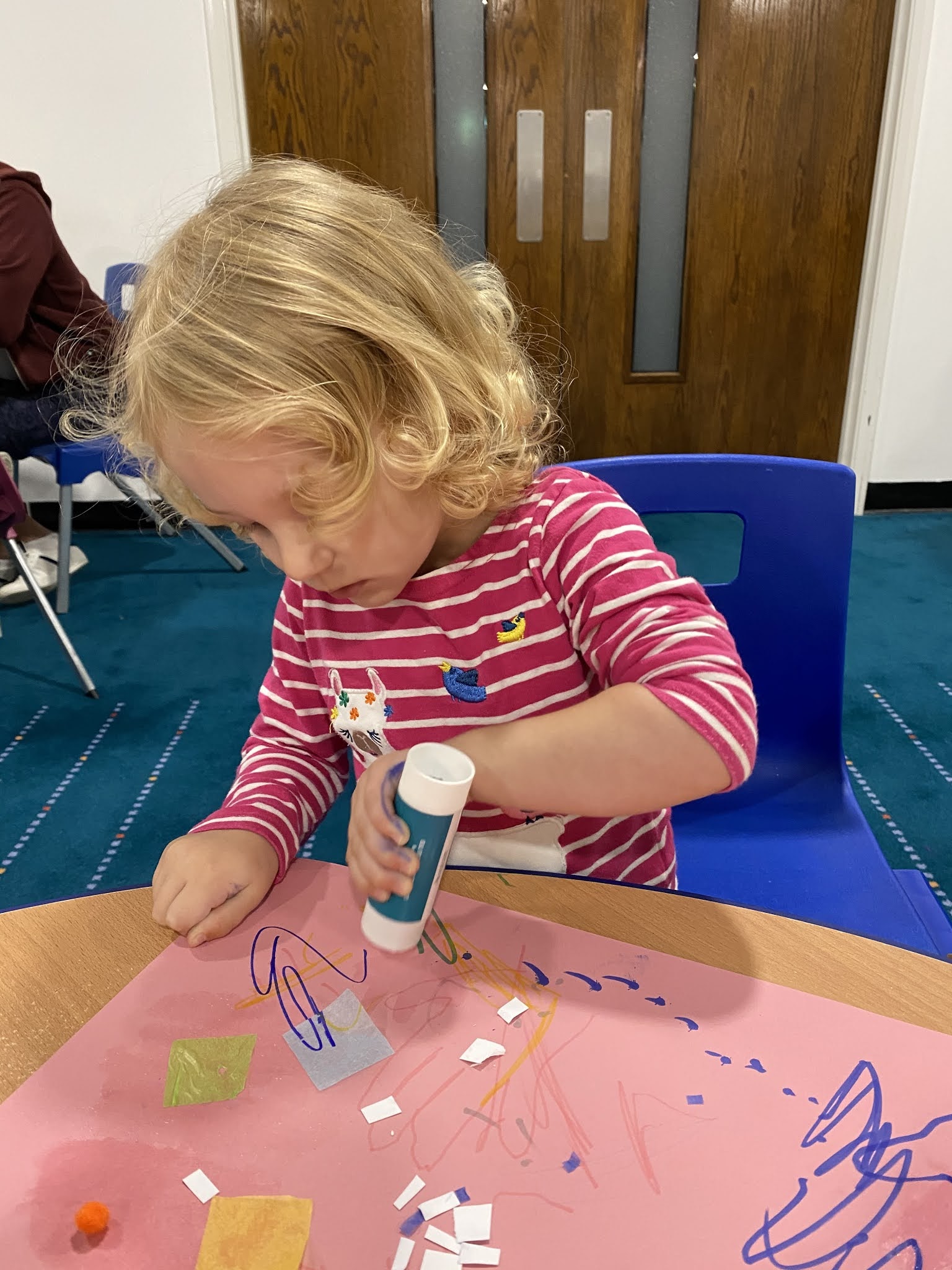 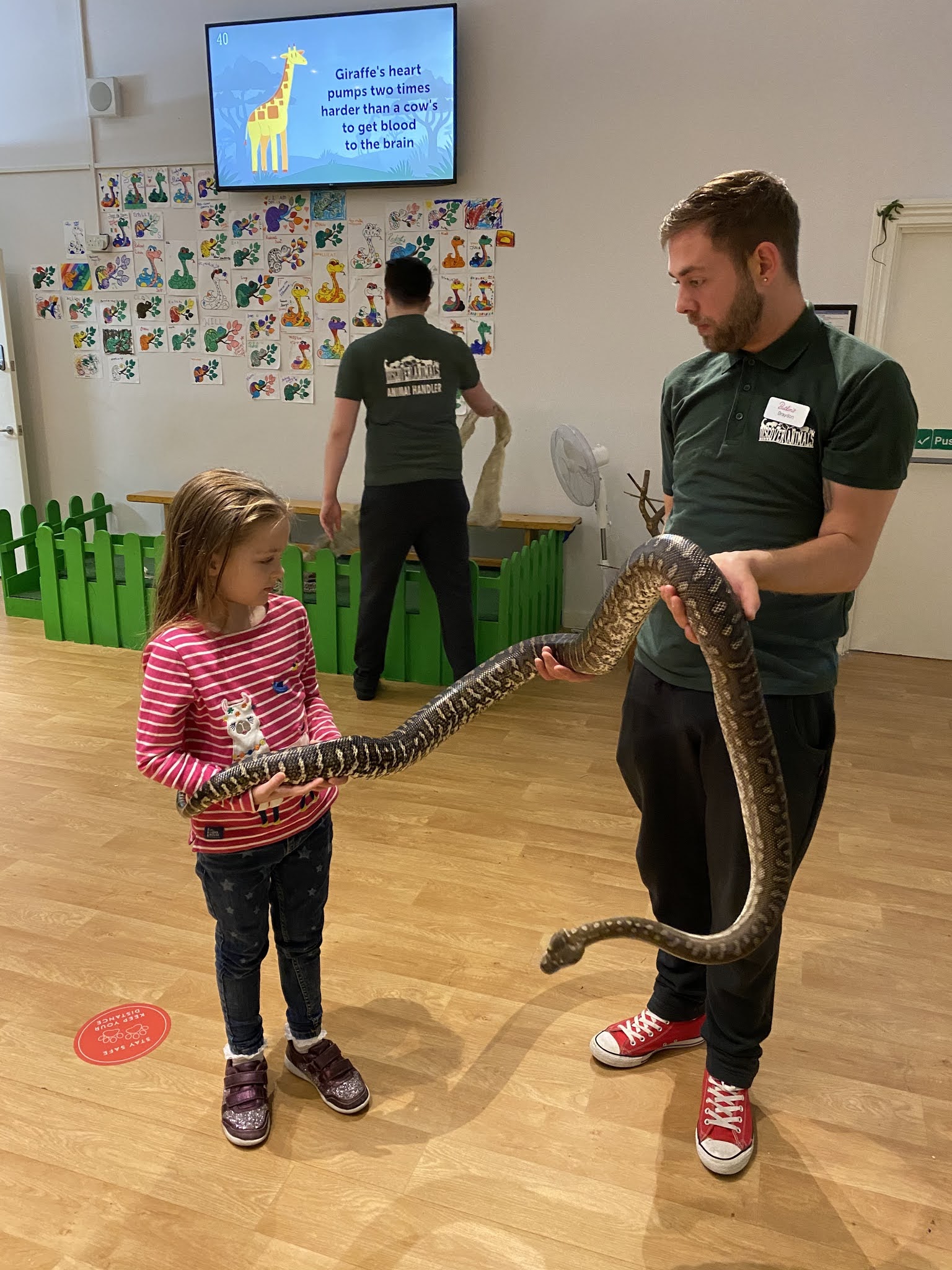 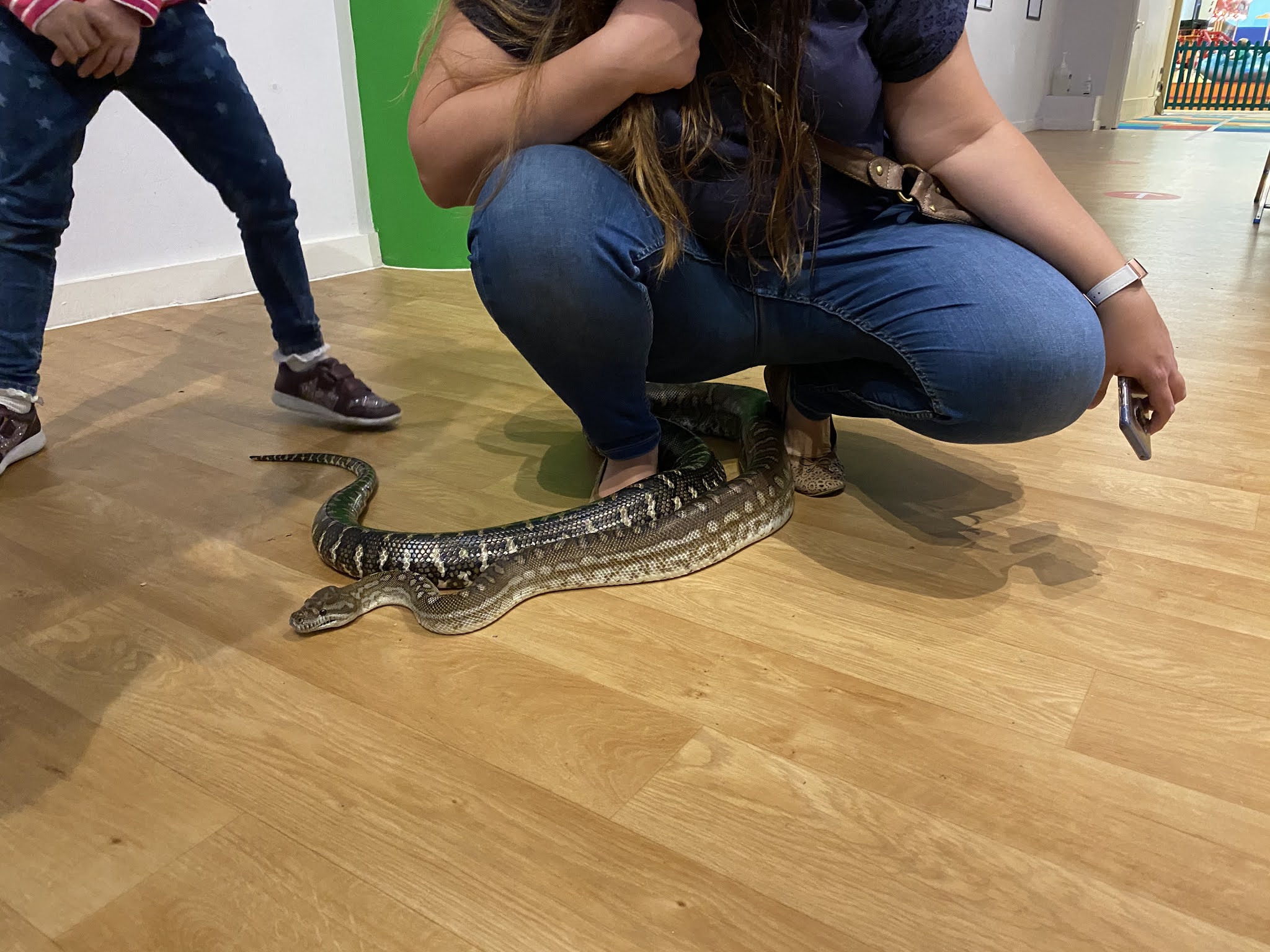 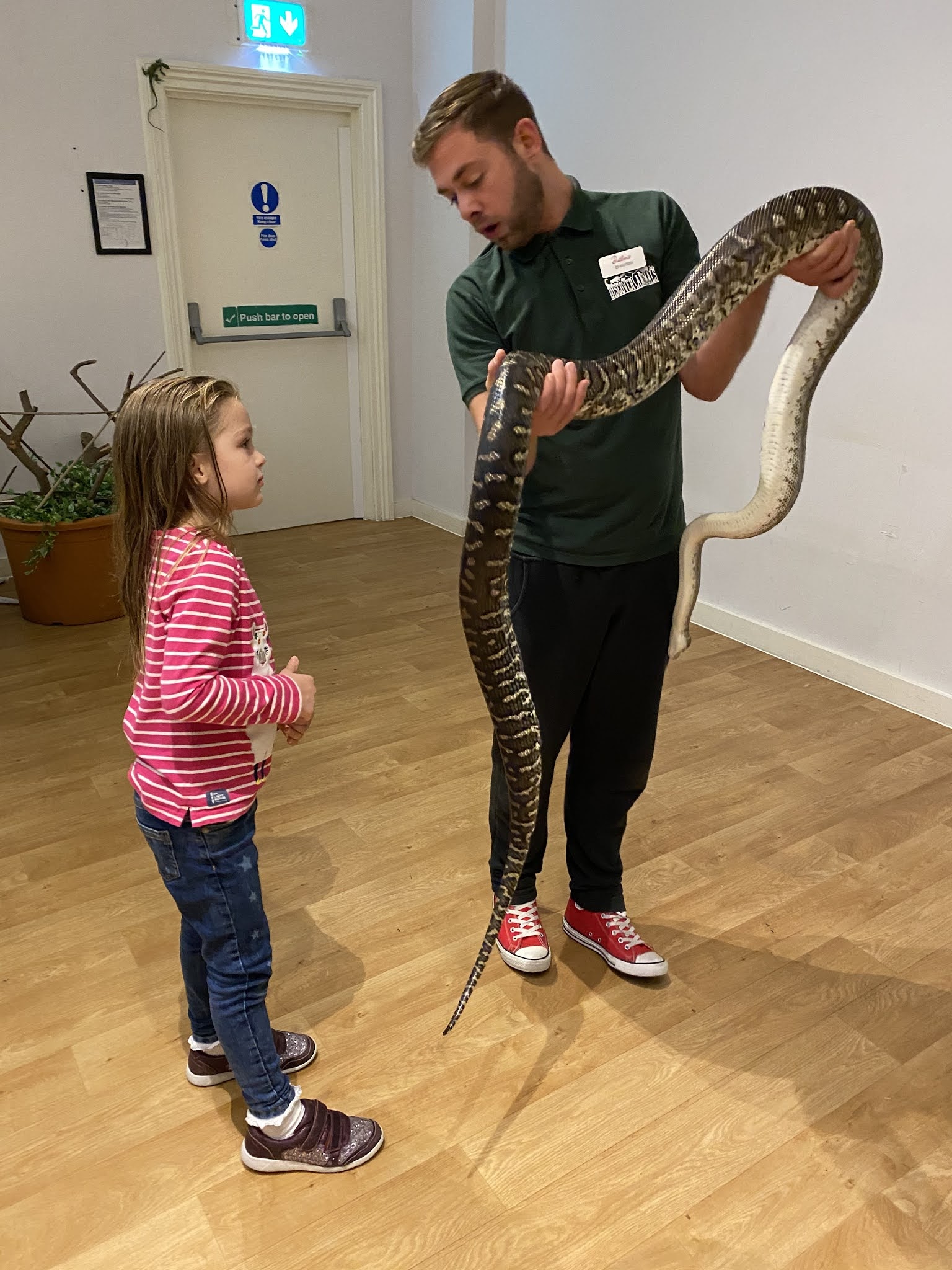 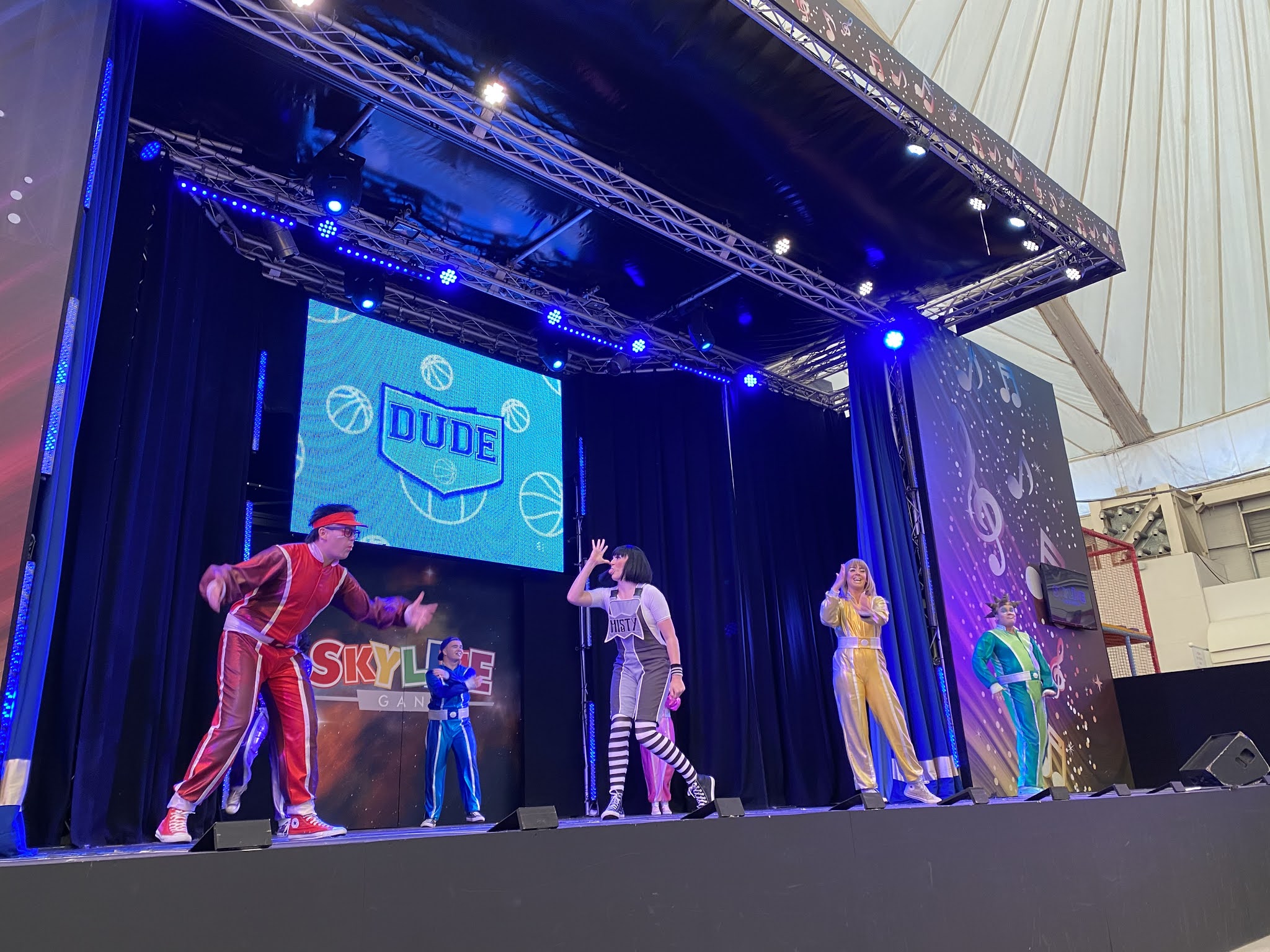 The shows and other entertainment options of course change regularly. When we went there we saw the Little Mermaid panto, Paddington, Paul Zerdin ventriloquist, Blues Brothers, and of course Skyline Gang, twice. The kids liked everything of course.
My opinion is that the Little Mermaid was great - lots of effort in the costumes, great drag performance, actually funny acting, and Skyline Gang are of course one to see always - energetic and fun, although I have no idea what their shows were as I was concentrating on my coffee I for once got to drink hot! Paddington seemed nice for the younger kids. I'd skip Blues Brothers though - it was a bit of a tired performance of two blokes in black suites... The back up singers were great talent though, shame they were just back up.
The fairground was great, although due to cleaning the queues could build up a fair bit. The queues were very long especially at the indoor fairground where there were lots of little ones but very few seats available. Outdoors fairground also has a late nigh on Thursdays and Sundays, which was fun with light and smoke effects!
There were workshops like craft workshops and different sports, like climbing. I found that the sports (except toddler football) were very quickly fully booked and I would have hoped more session would be run, particularly as the attendance numbers per session are so limited. We went to a free craft session for 5 to 8 year olds, which was fun and suitable for any age really. Our seven year old joined with the crafting and our toddler free-styled with the material.
One highlight of the trip was the Animal experience. This was not the Animal FX show, which is animal puppets I believe, but actual real animals. As far as I'm aware the animal experience is available at Bognor Regis only. There were snakes, creepy crawlies, hedgehogs and so on. We got to pet and hold a python and it even slithered on my feet while I was standing around, which was great fun, and we got to see several other small animals. Definitely worth keeping an eye out for. 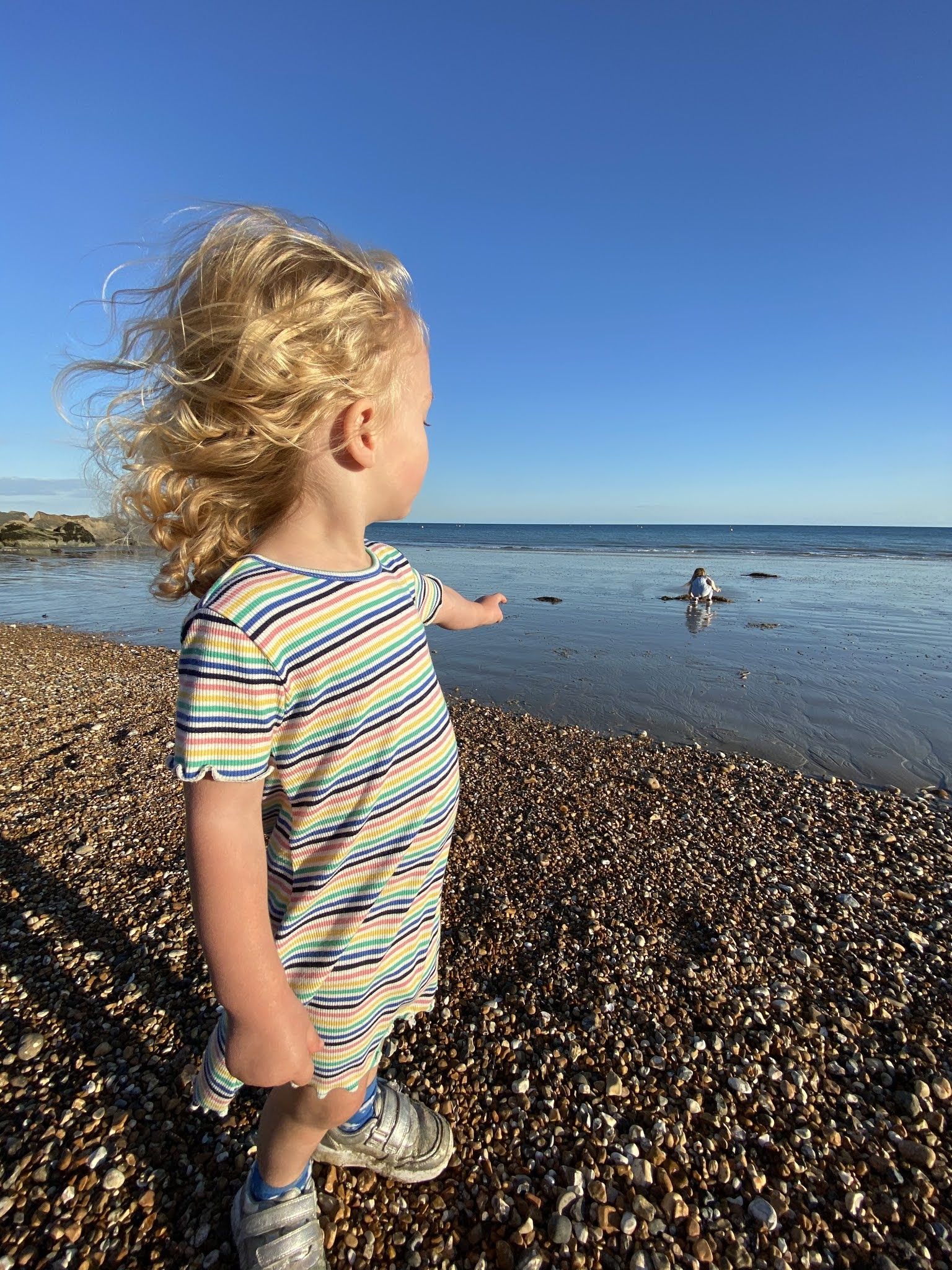 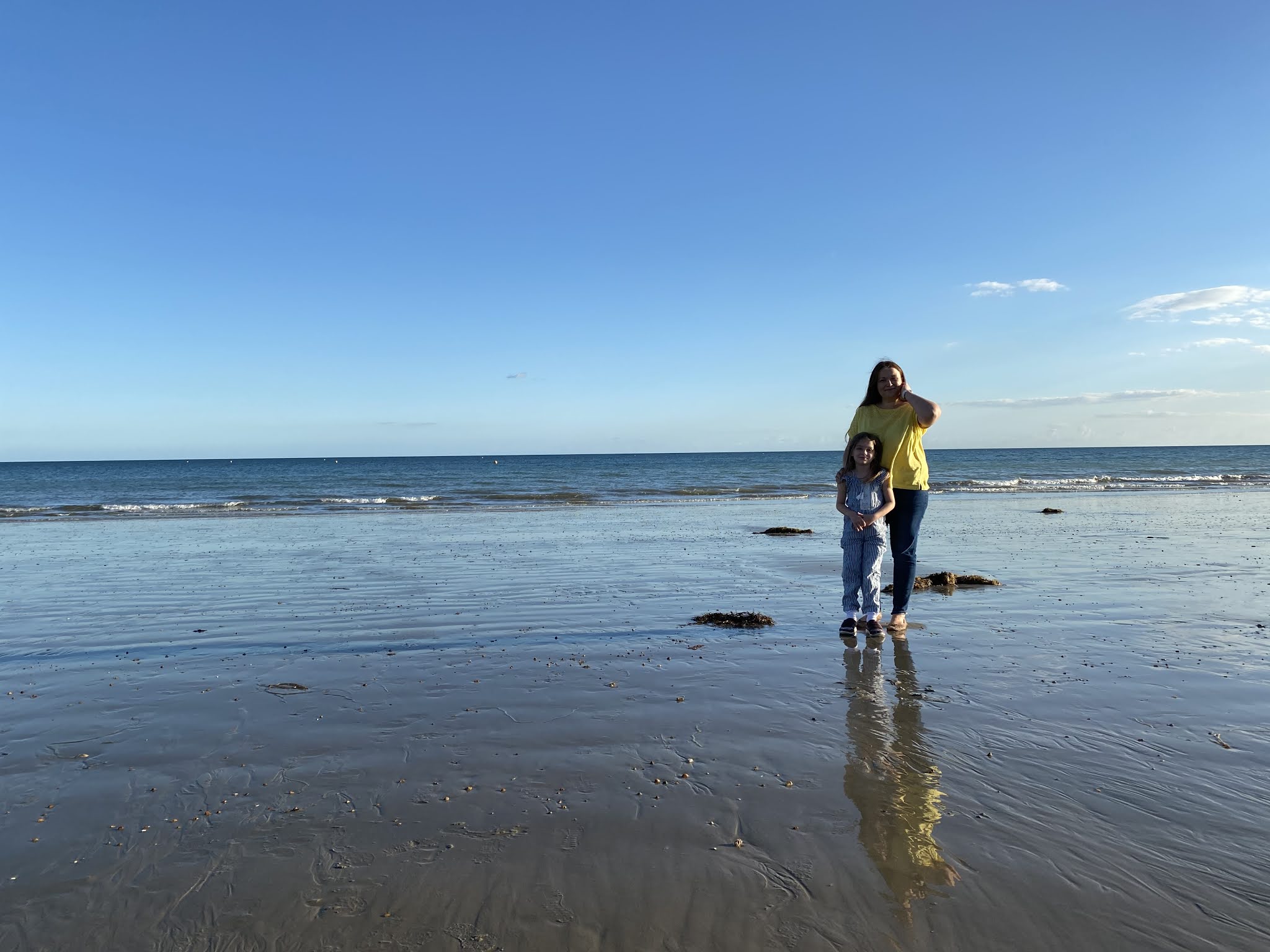 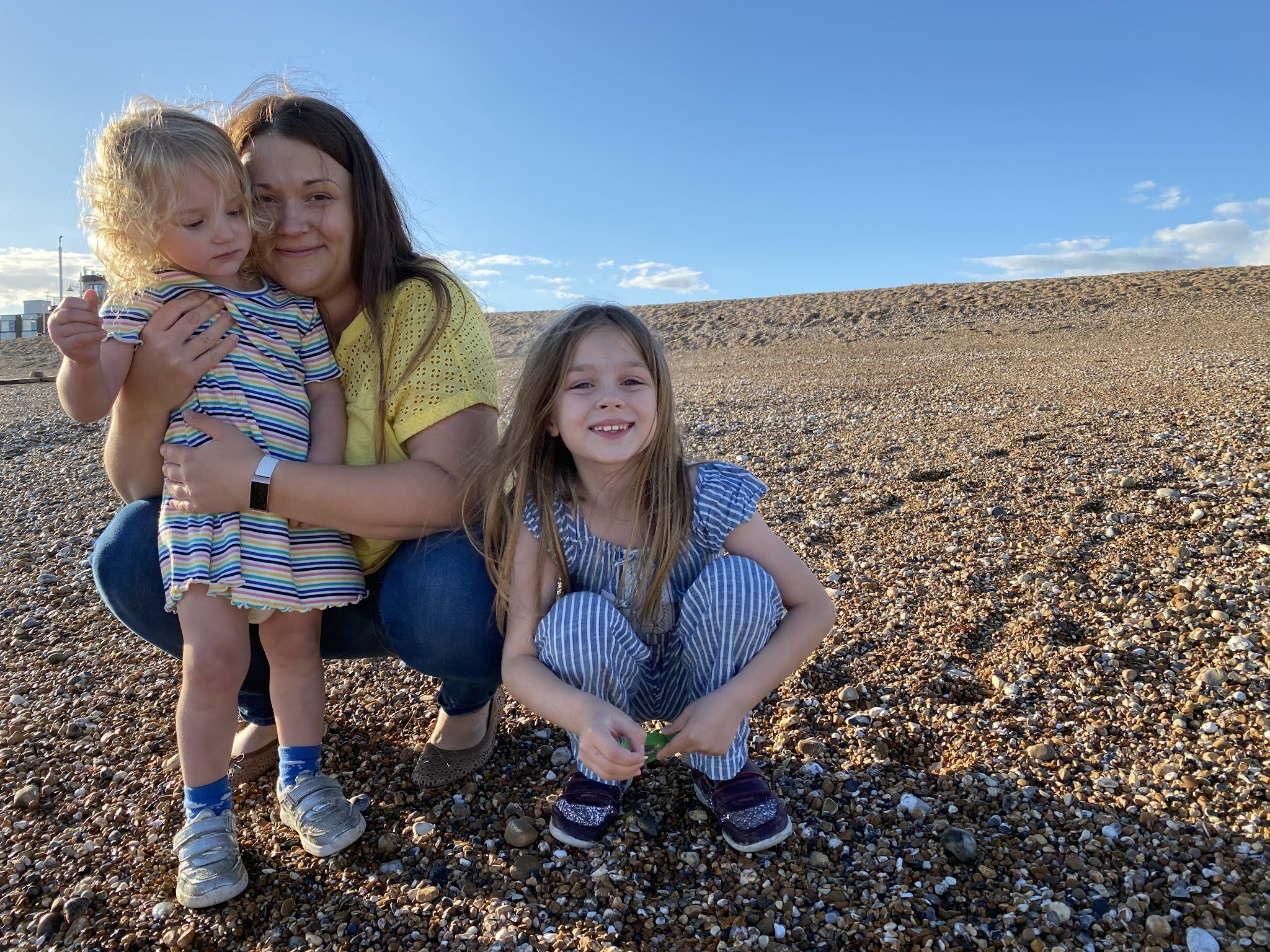 So my tips for people coming to Butlin's Bognor Regis would be:
I hope you have fun - overall we had a great experience.
What tips would you give for coming to Bognor Regis Butlin's?