What we learned at The Christmas Pig event with J.K. Rowling

What a fantastic evening we had at The Christmas Pig book launch event with J.K. Rowling. Her new book, The Christmas Pig, was launched on 12th October with a book signing event at Alexandra Palace Theatre, where she talked about the book and the inspiration for it. The Christmas Pig is now available nearly every bookshop, and in several languages across the glove. You can also get it online from Waterstones, Amazon UK, or Amazon US (affiliate links). 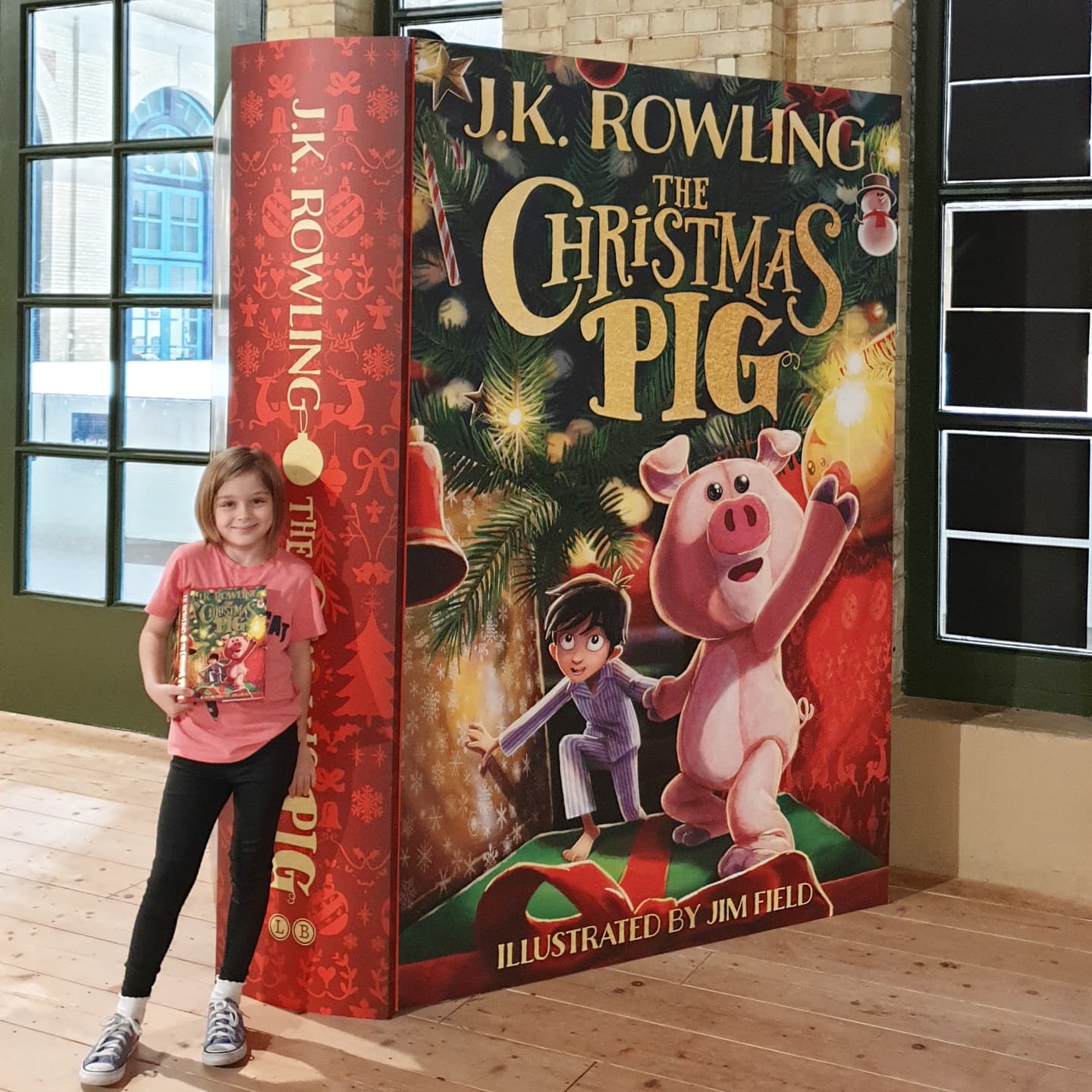 So what happened at the event then?
At the event J.K. Rowling talked about The Christmas Pig, the inspiration for it, and how it was born. She got the idea from the precious toy her son had. As it regularly got lost at bedtime and they'd have to hunt all over the house for it, she bought a replacement toy just in case - until her son found it in the cupboard and decided it was the brother of the precious toy. This then inspired her to think of the special bond children have with some toys and what happens when they get lost.
And when it was time for reading the book... You could hear just the rustling of paper as J.K Rowling asked us all to take out our books and turn to page 56, Chapter 13. She remarked how lovely it was to hear that sound and how it took her back to her days as a teacher. It was such a treat to hear J.K. Rowling read her book to us, and make the voices and all, and despite this being a children's book I was instantly drawn to the story.
Afterwards we had a short drawing session with the illustrator Jim Field, who has also illustrated books such as Oi Frog. He taught us how to draw Christmas Pig - and with his easy instructions even I, usually cack-handed enough to ruin a stick man, managed to draw something reasonable.
The Q&A after the book reading and drawing class revealed some more information about the book, and also J.K. Rowling's writing. A few bits I remember were: 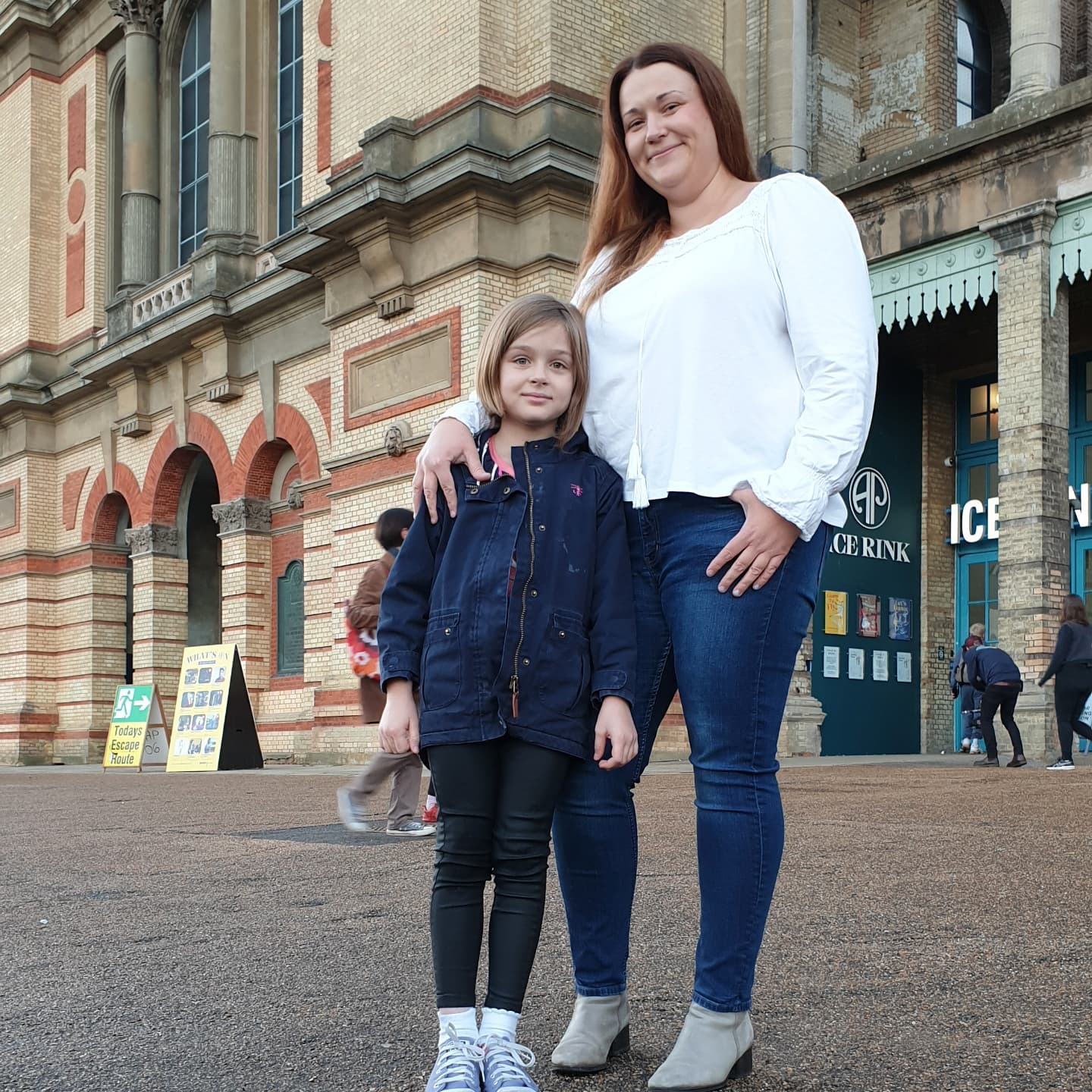 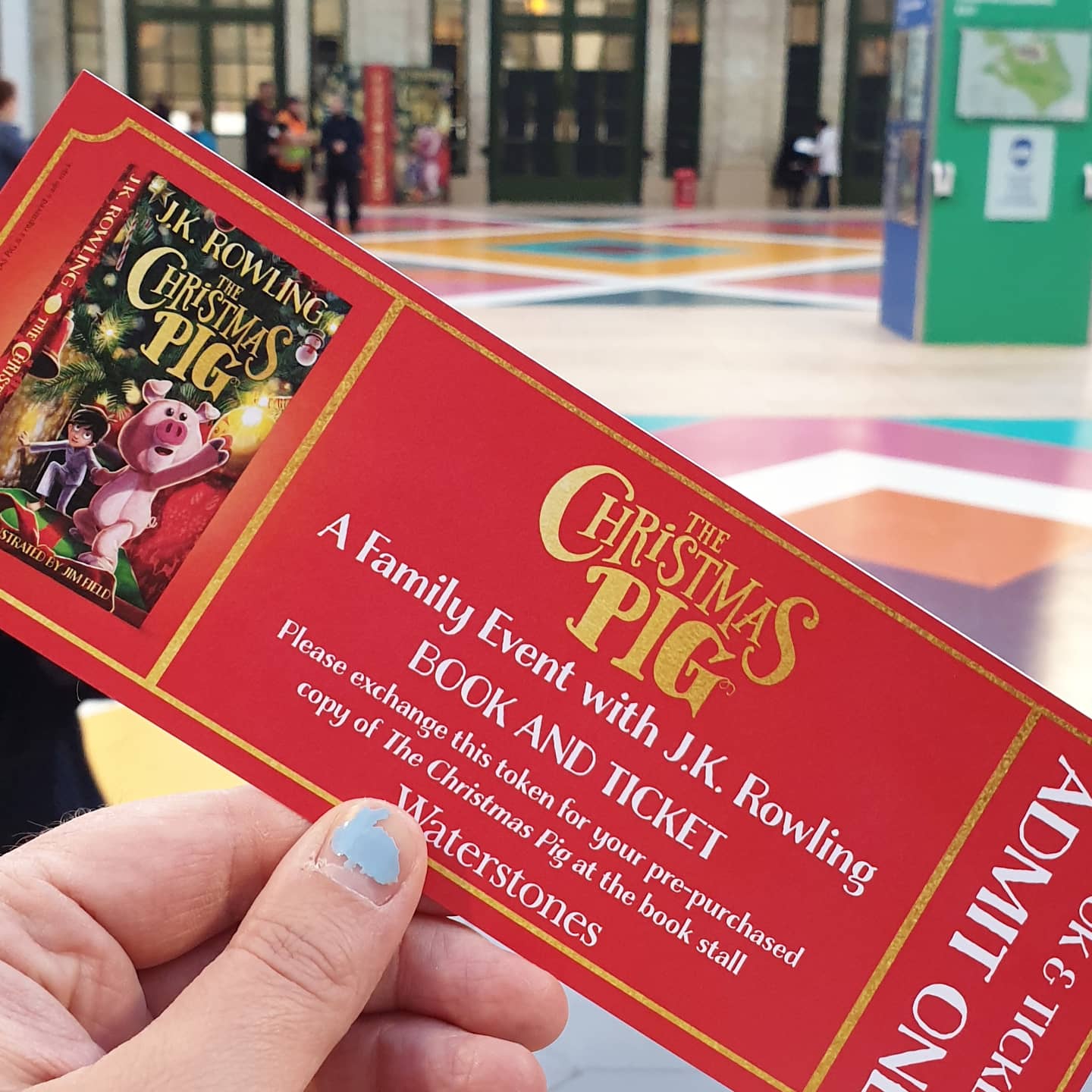 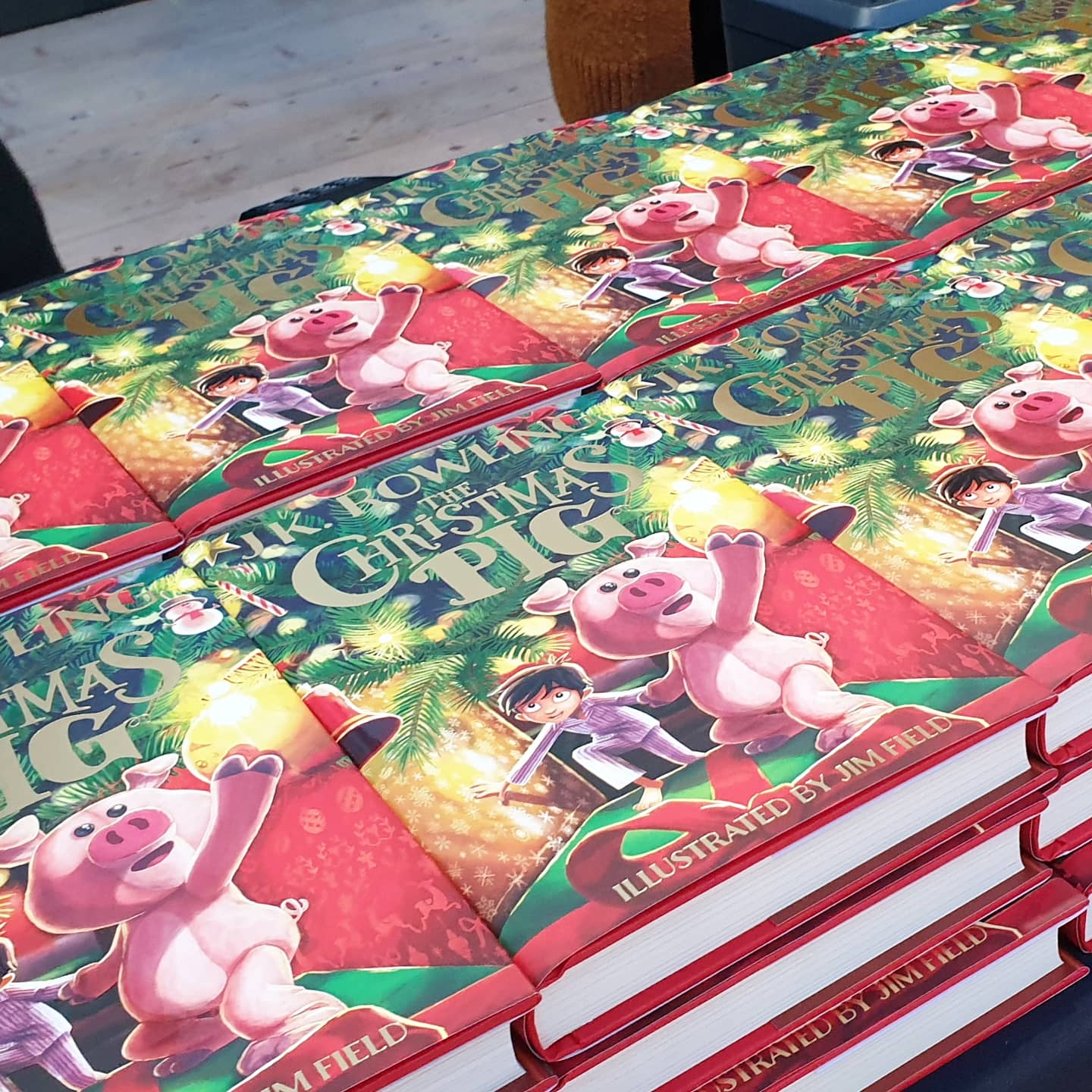 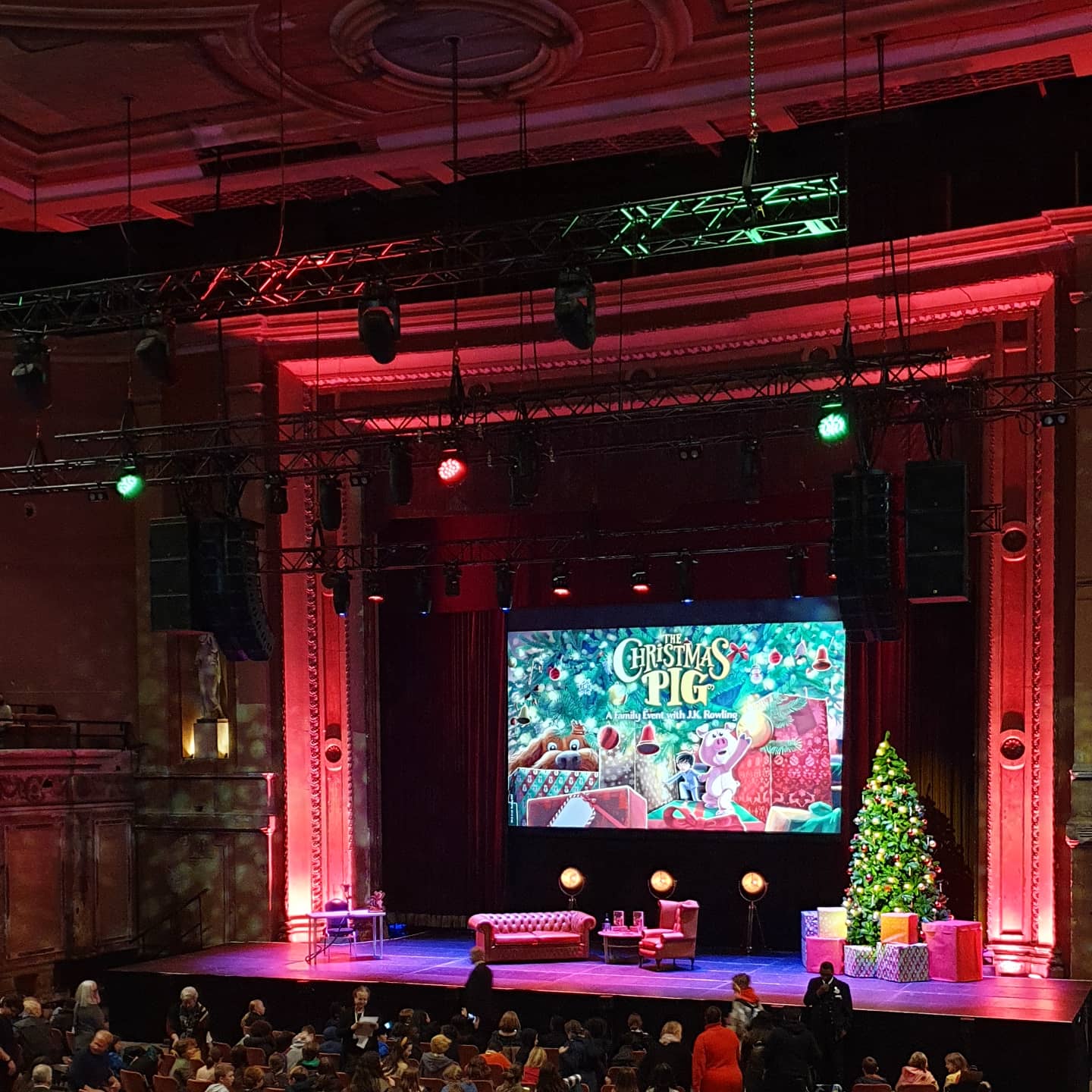 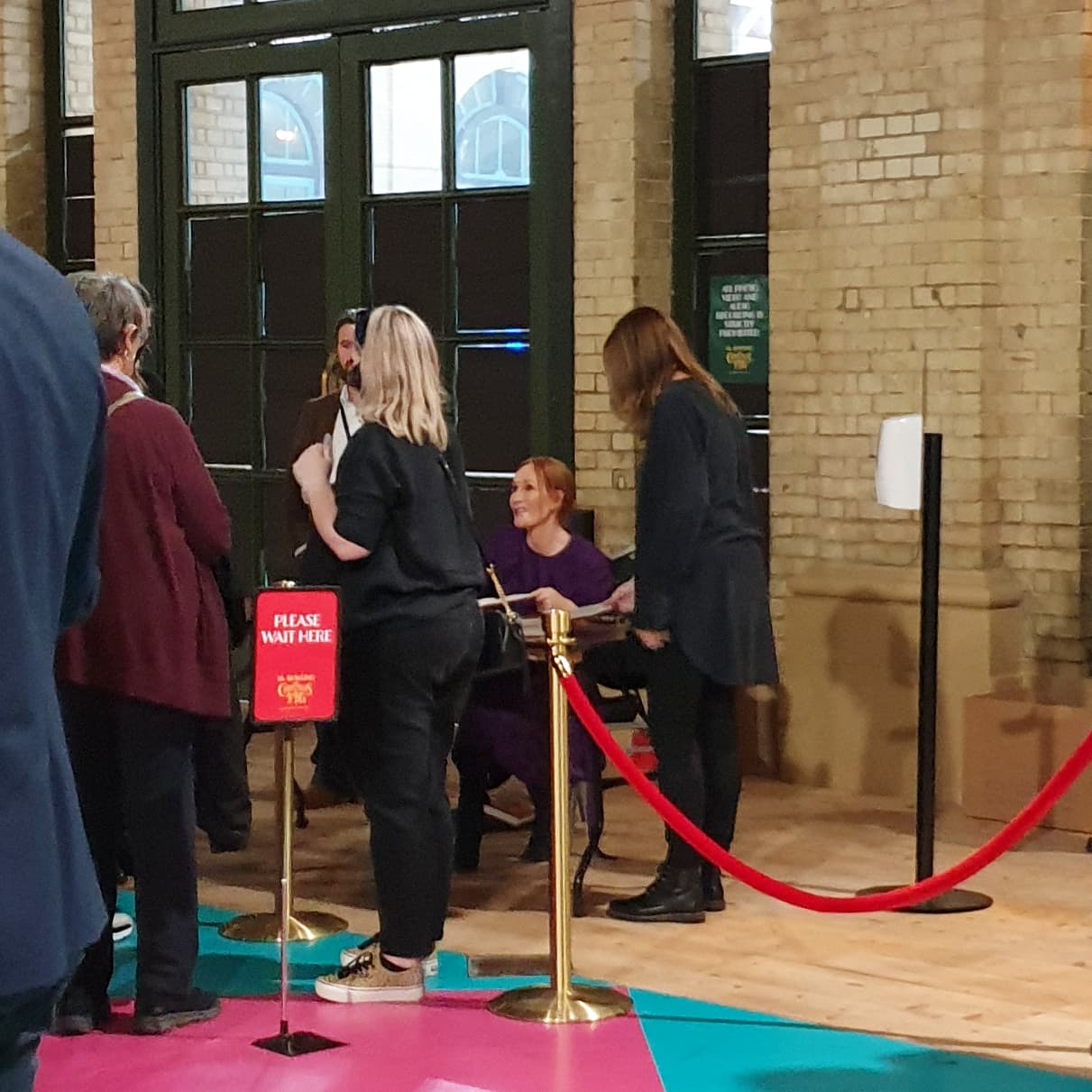 We then proceeded to queue to get our books signed by the one and only. There were lots and lots of people so while waiting for our turn my eight year old kept herself entertained by reading The Christmas Pig in the queue and got all the way to page 91. It was pretty interesting how they added a small holographic sticker to the book to prove it was at a genuine book signing event and her real signature - so an additional measure to prove the signature wasn't faked. It was all quite busy, and I think we were both quite star struck so no other chat than a simple "thank you" came from us as we got in front of J.K. Rowling, and we were ushered swiftly onwards by her staff after receiving our books back. It was like a military operation getting everyone moving and all the books signed, I bet her hand hurt afterwards!
I've always been a big fan of Harry Potter series and J.K. Rowlings' writing, and I was probably more excited about attending the event than my daughter was. I don't think she quite understood how rare it is that J.K. Rowling does book events or book signings! The video from the event should be uploaded on J.K. Rowling Stories on 17th October, so check there if you want to see more of the event.
I haven't read The Christmas Pig myself yet, but my eight year old finished it in two days. She says "The book is very very interesting. The only bad thing about it is that you can't put it down, because you are itching to read what happens next." A rave review there! Like I mentioned, you can get it for example from Waterstones, Amazon UK, or Amazon US (affiliate links) - and I reckon it will be a very popular book this Christmas! 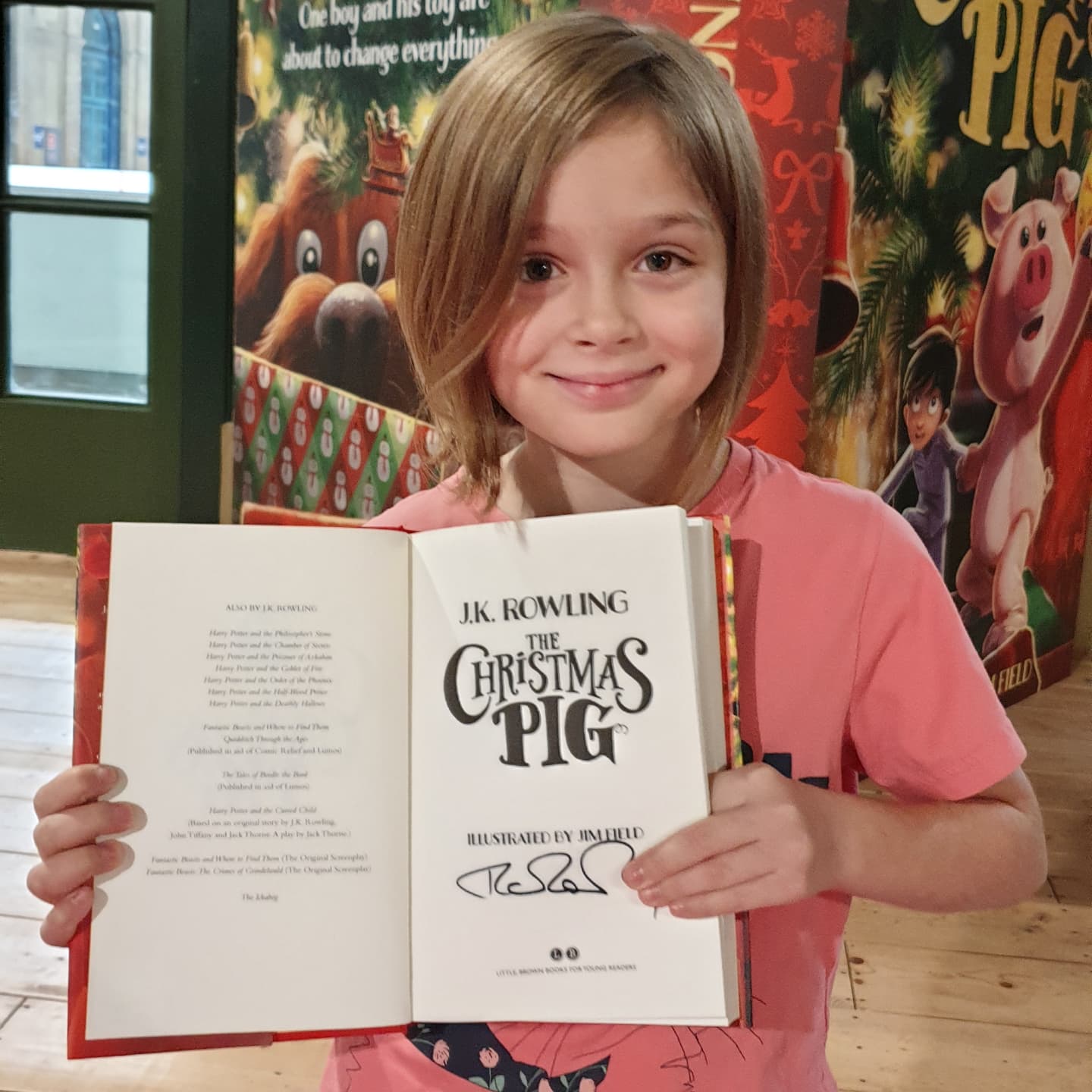