Our first ever Easter Egg Hunt

This Easter we had our first ever Easter Egg Hunt. Our little one is still just 22 months, and doesn't understand anything about Easter or Easter Eggs. She does understand everything about chocolates though and loves them...

We hadn't planned on any Hunts, but as her older cousins had one at Nanny's garden she tagged along like a big girl. 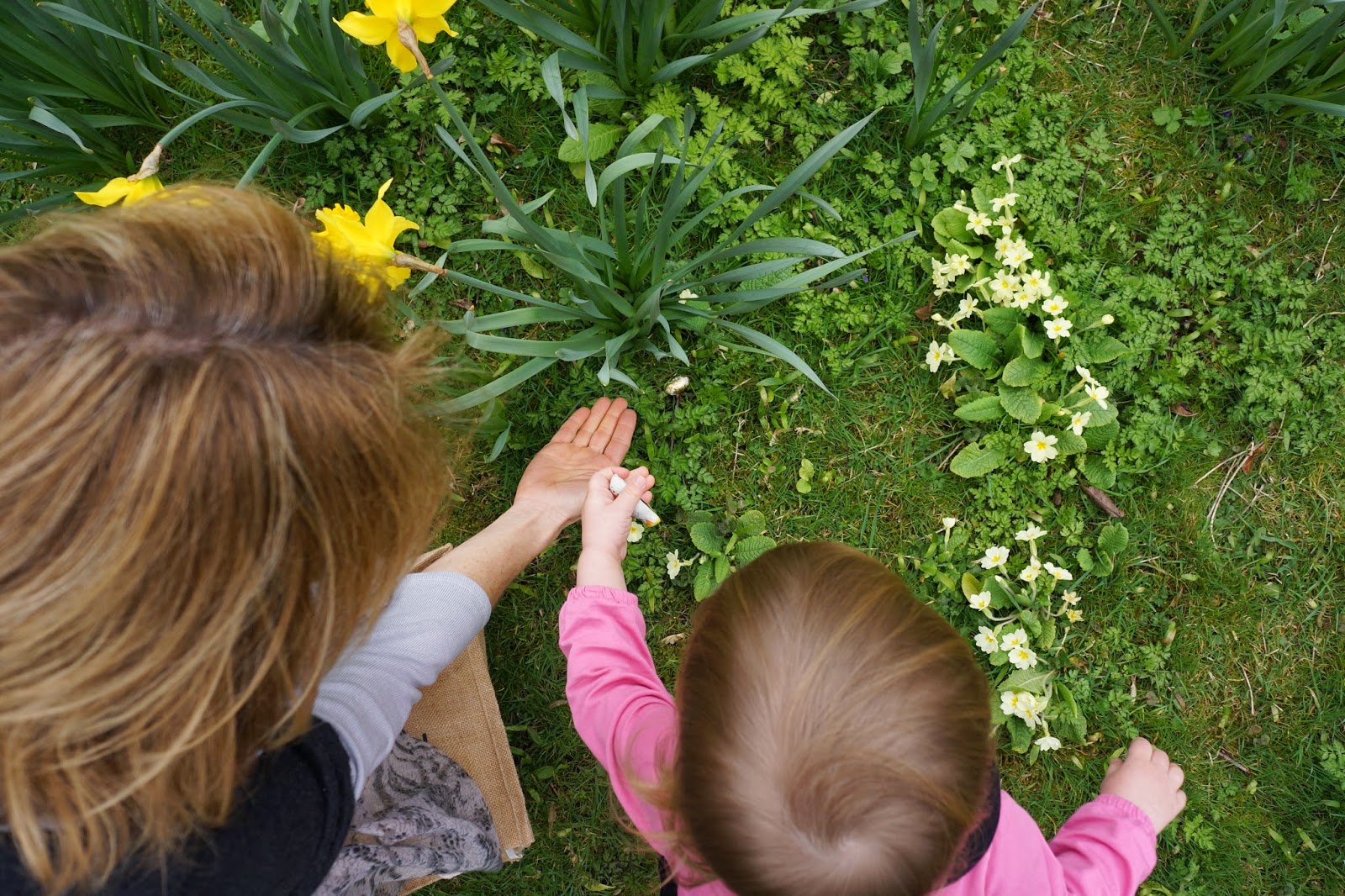 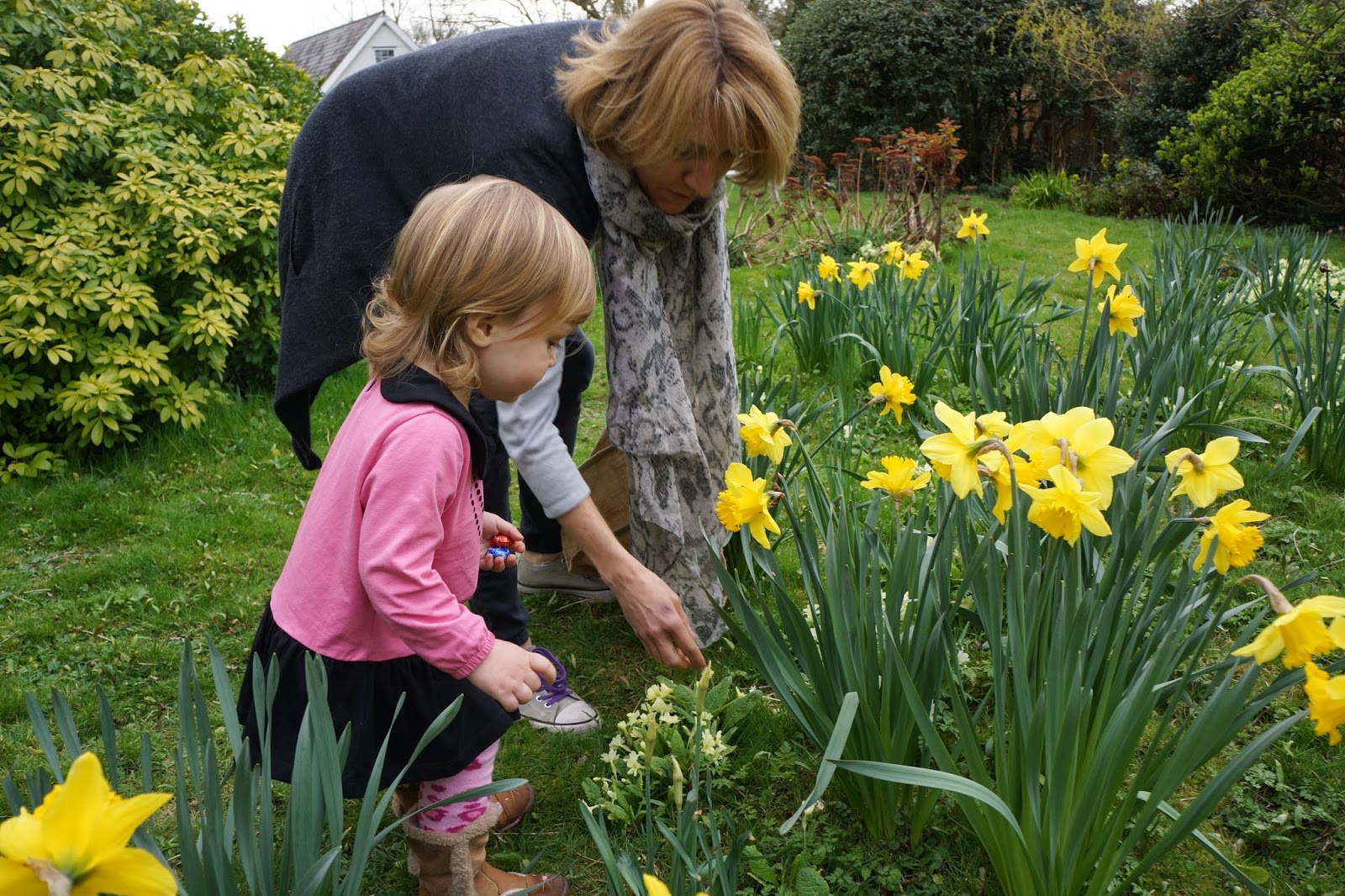 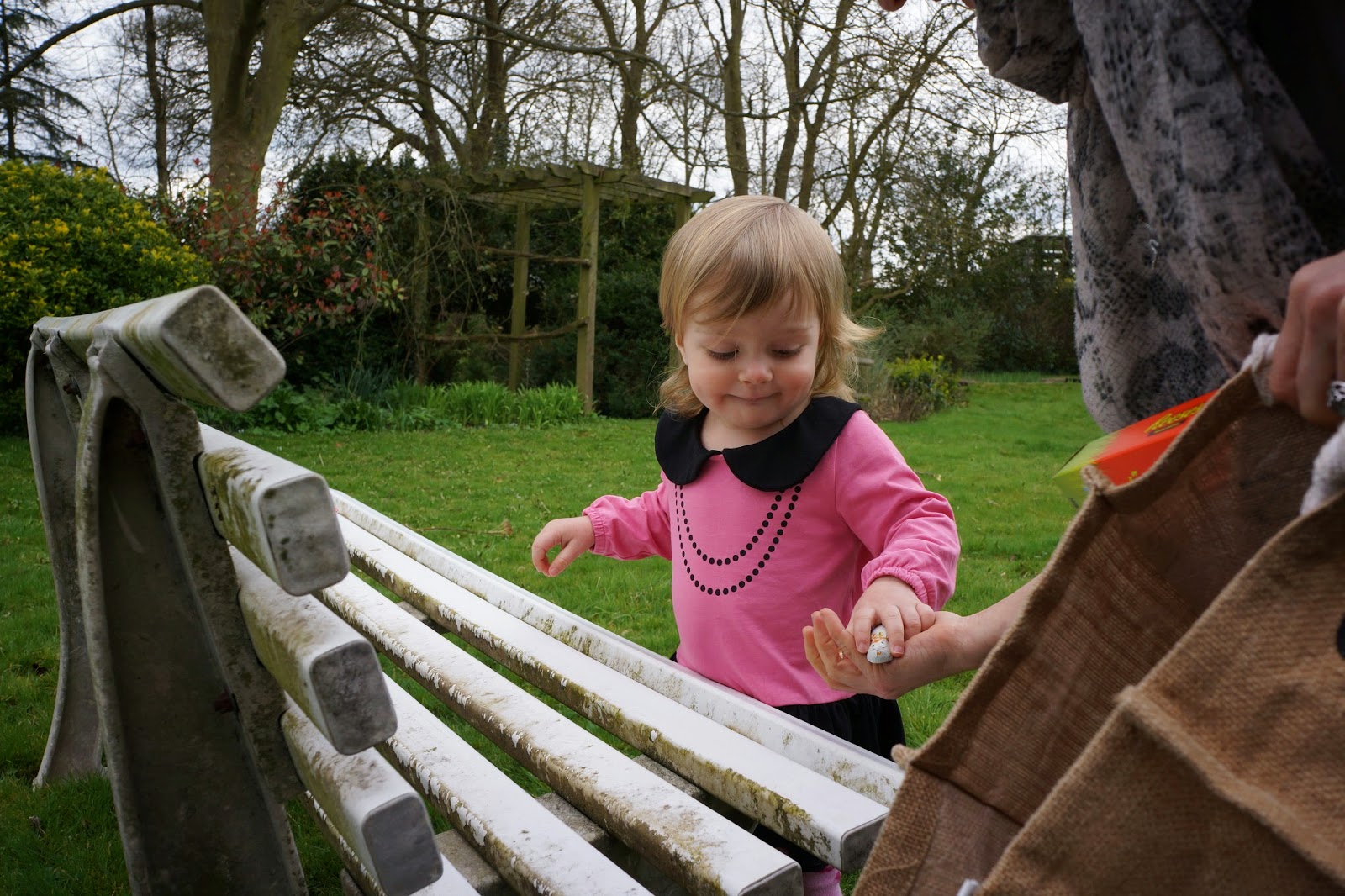 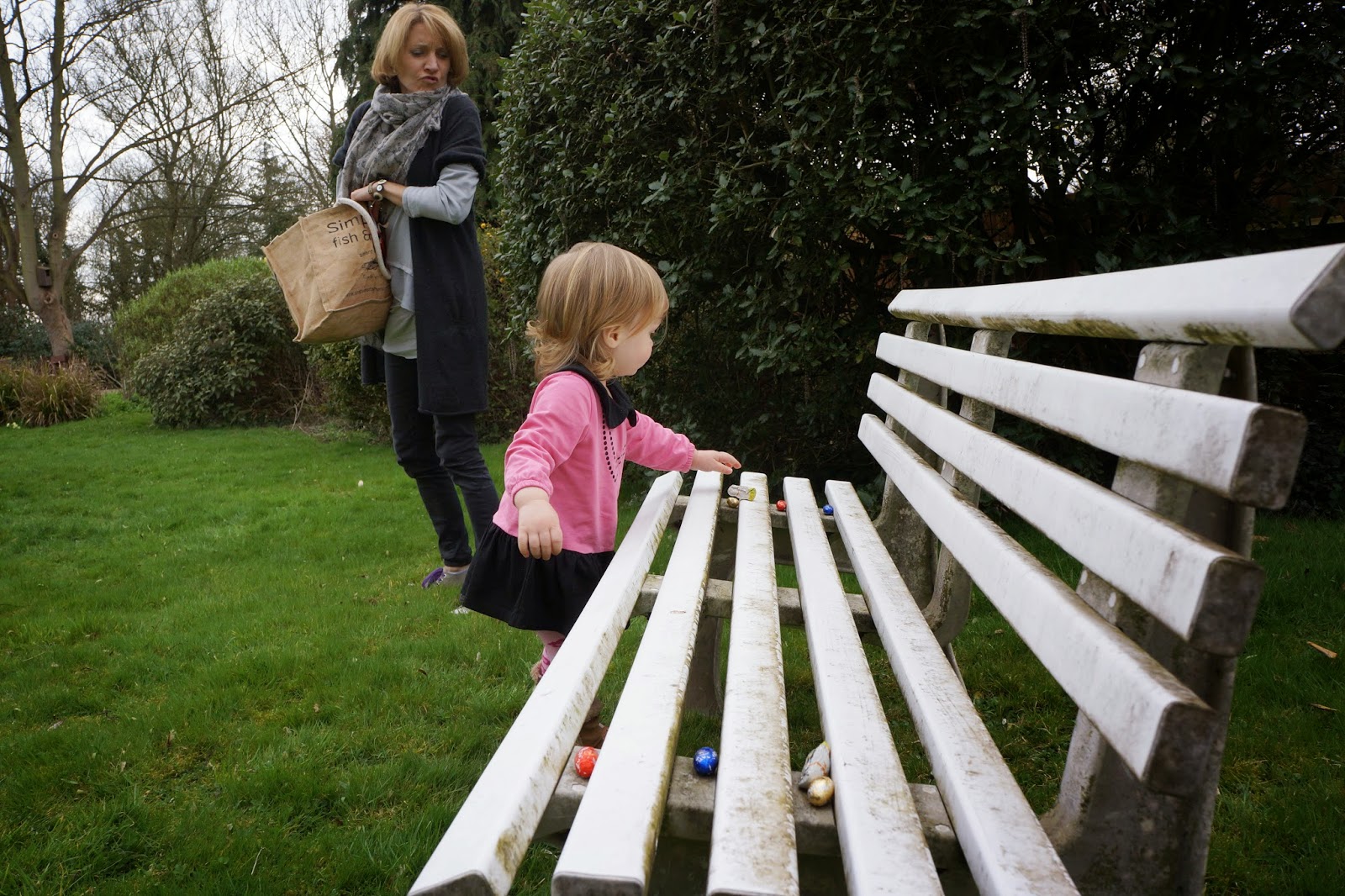 First she helped hide the Easter Eggs. I was so proud how well she was helping her Auntie along. Picking up the little Lindt Mini Eggs and dropping them in the garden shrubbery with shrieks of joy. Under neath the trees, in the bushes, on the grass, everywhere. And picked them up again, and threw them on the ground again. As you do. 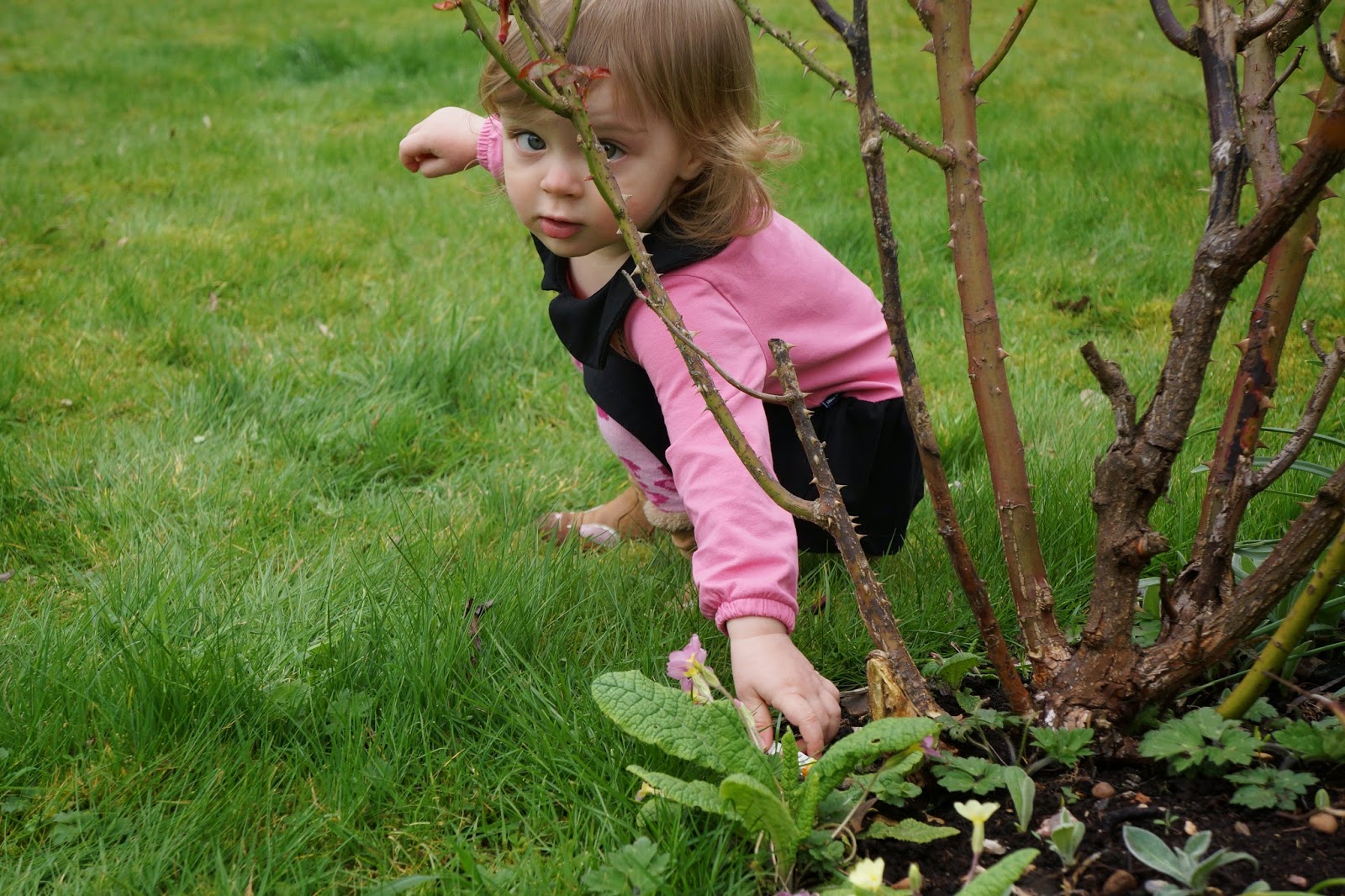 After some of the older cousins got a head start she got into looking for the Eggs too. I do have to admit, she was more interested in picking up a single Lindt Mini Egg and scooting it around the garden with a trolley than eating it or finding any more. She was also particularly keen on hiding that said Egg in the boot of a little tricycle. But she did find a few of them (with a little help from me) and proceeded to hide all of her newly-found treasures in the tricycle boot. Bless. 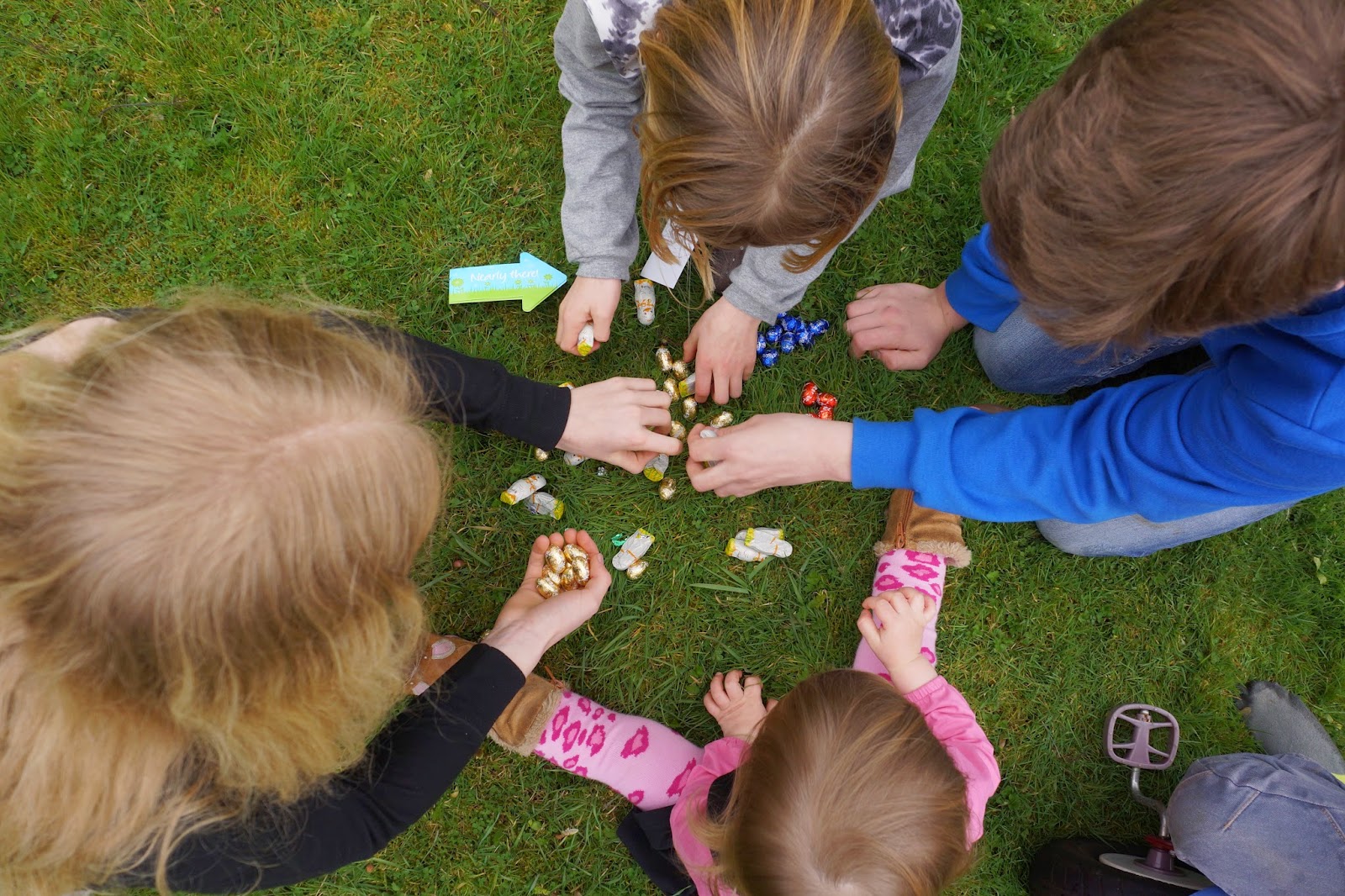 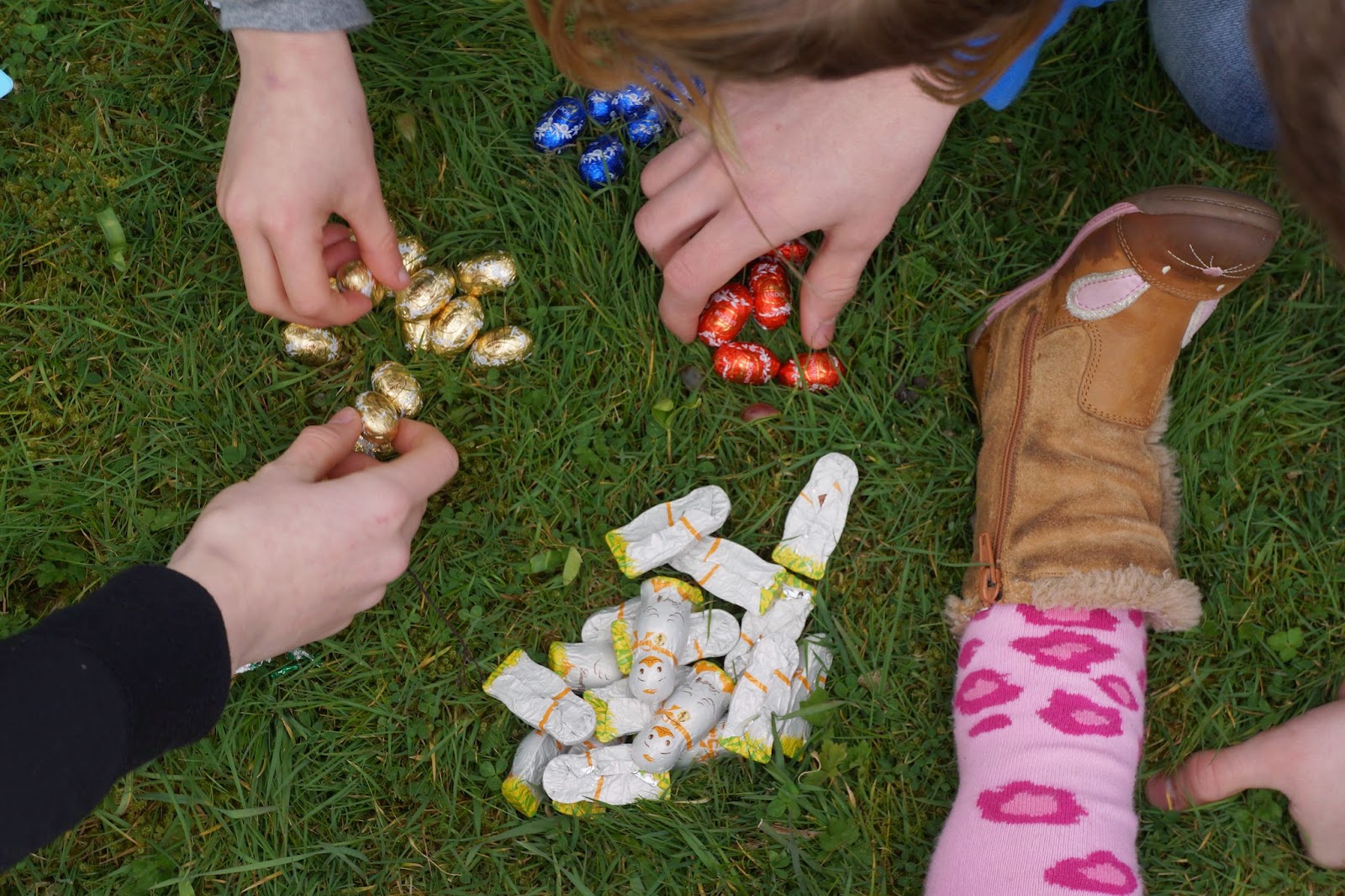 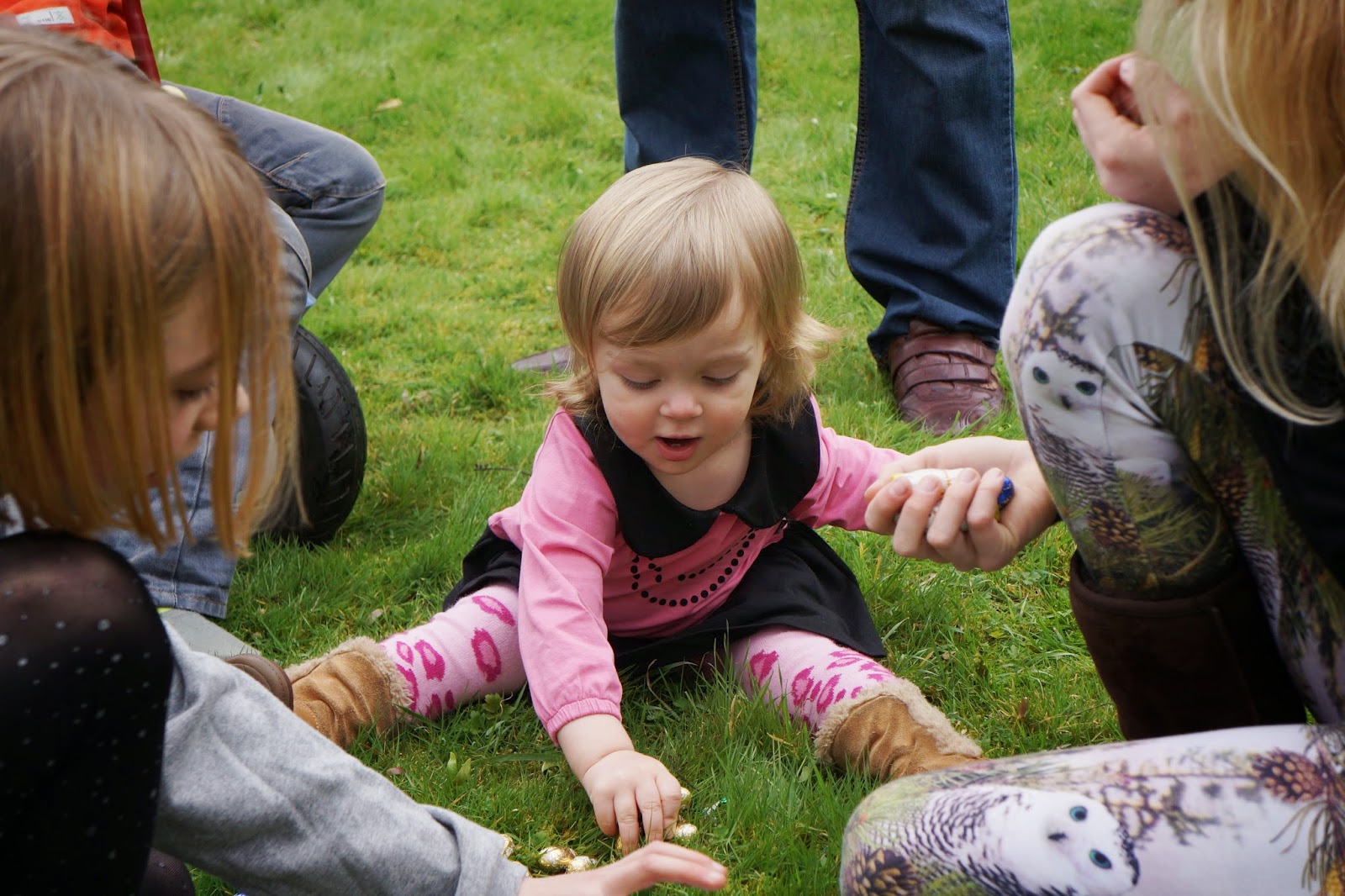 Her older cousins did graciously divide the spoils of the Egg hunt and give her her fair share. Which I do have to admit, were mostly eaten by Mummy later that day. She is just 22 months, it would be terrible to give her too much chocolate, wouldn't it? (It's much better Mummy sacrifices herself... Isn't it?)

Next year when she understands Easter a bit better, and is probably as much of a chocolate-fiend as her mother, I bet our Easter Egg Hunt is going to be quite an event. I am already looking forward to it - it will be so much fun!

Did you have an Easter Egg Hunt and how did it go?