I tend to share little snaps of my life, and my little thoughts on my Instagram page. You know, those little things that aren't really worthy of a blog post, and aren't really that big to warrant a Facebook update. Or sometimes they are just pictures that make me smile.

This month has been a busy busy month. I have found it difficult to find the time or energy to blog, or even to go on social media. At times it even felt like I had forgotten all about the world that is Twitter and Instagram and Facebook.

The biggest news was of course us completing - we bought our first home!  That sort of explains where my time has been zapped away - meeting all those kitchen designers, trawling through all those fancy interior magazines and generally pulling our hair out with the thought of the renovation task in front of us. 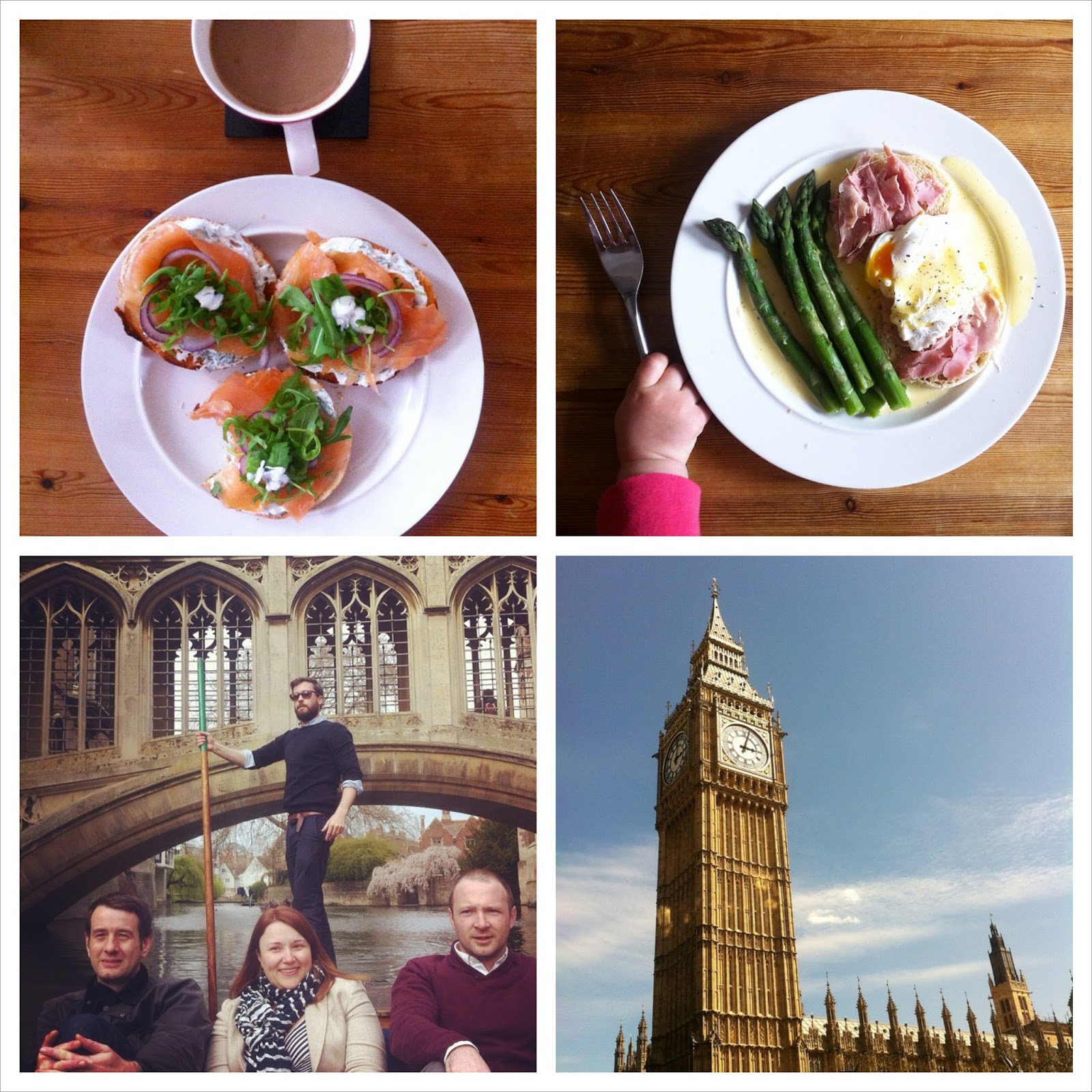 1. I made some delicious things at the beginning of the month. Like cold smoked salmon bagels, with dill and lemon creme fraiche. Yum.
2. Sometimes my little girl also let me eat them. Sometimes.
3. An older picture - when I went to Cambridge with work colleagues, I also tried punting. We got one of those big boats as there was seven of us. It turned out that one of our colleagues had spent his uni summers punting tourists up and down the river, and I got great tuition on how to punt. It is tougher than it looks and I spent about 15 minutes circling roughly the same area in figure of eights, but I didn't fall in, which was the most important thing (I did get my oar caught in the mud and myself caught off balance a few times but kept steady...).
4. Loved the sunny days - didn't love spending them glued to the computer though. I do try to get a bit of sun during the work day bu grabbing a coffee outside or going for a walk in the park. 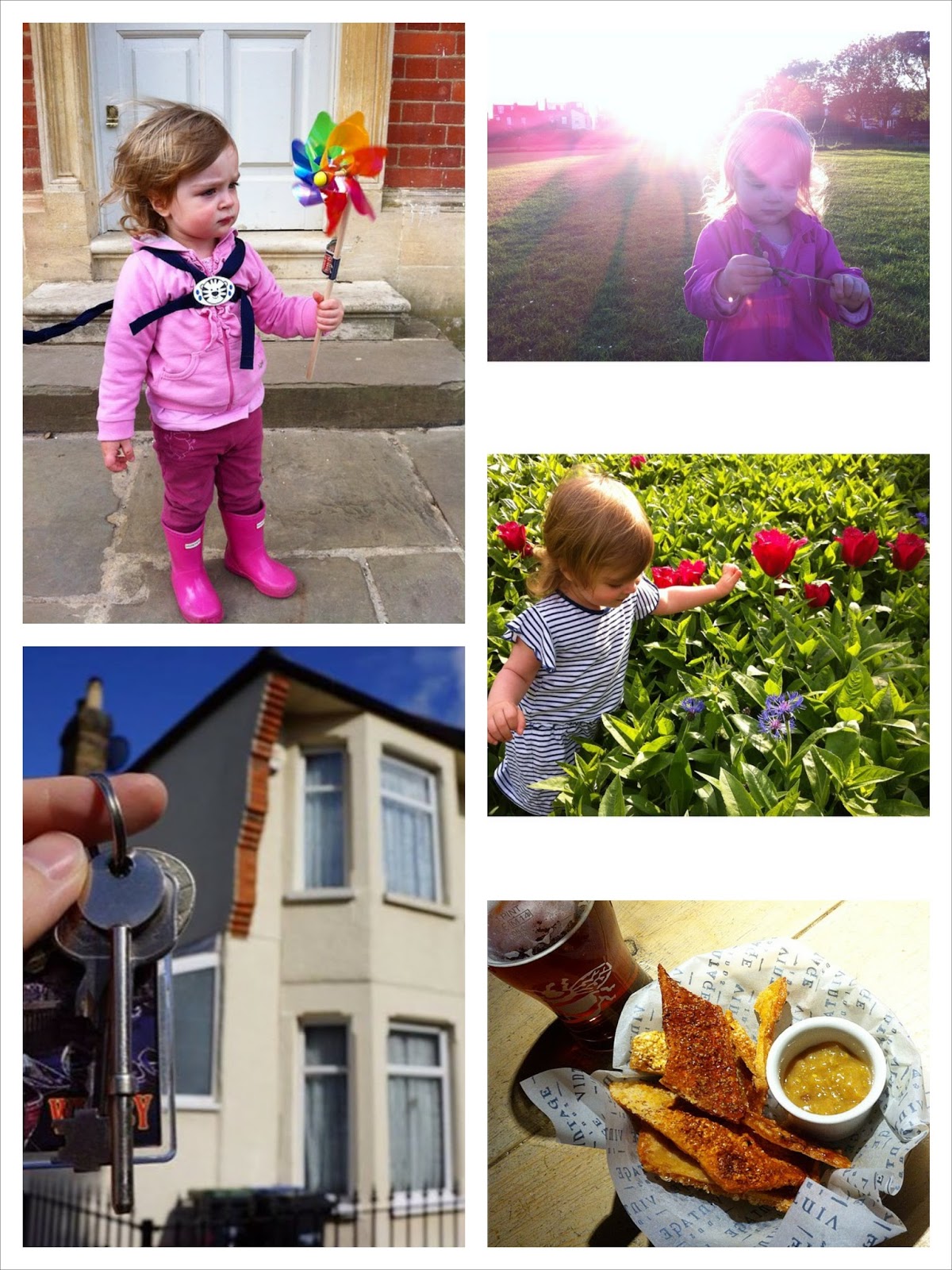 5. I took the little madam to the nearby park - the lovely old manor house I've talked about before. The moody little missy was especially difficult the whole trip, and calmed down (slightly) after I got her a stick windmill. She loves it. I thought she had never seen one before, but as soon as I handed it to her she started blowing on it. Clever little girl.
6. That's the house keys! Our new house... Lots of work, little time and even less money.
7. At the end of the month hubby went to Amsterdam on a boys weekend away... We stayed home and had lots of fun. It was like a girls night in, but better, a whole girls weekend in!
8. Stopping and smelling the flowers - at Nanny's. And quite possibly picking a few of them too...
9. And a bar snack - pork scratchings and ale. I do sometimes feel that the longer I spend in UK, the more British I become. Little by little. Soon I'll be eating pickled eggs!

You can use this HTML code for the linky badge.