I talk a lot about the renovating we are doing, and what we are planning for the house. Well, I think that now it is finally time to give some credit where credit is due... To my husband. 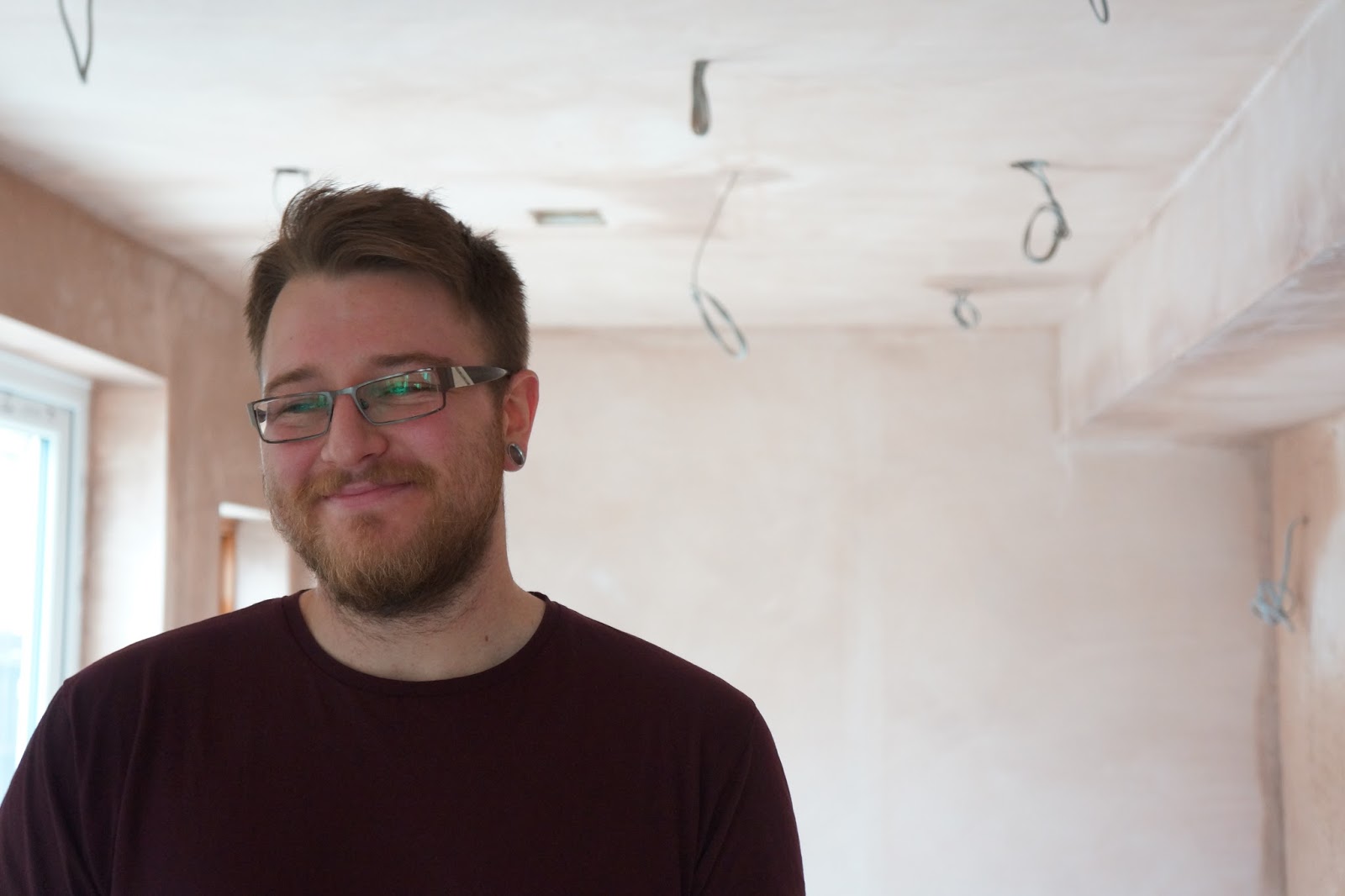 My husband has been doing the vast majority of the actual work on the house - both the physical work and the planning work. While I have busied myself at my office job, and focused on maintaining our house budget spreadsheets and frozen pizza stocks, my hubby has been hard at work. He has quite a few ideas he has wanted to implement on the house, and has been really hands on with much of the build.

We have gotten professionals to do some major jobs, like electricity, plumbing, plastering and installing RSJs, but pretty much all the rest has been done by my (long suffering) husband.   That has included the demolition, dot and dabbing, flooring, dealing with quotes and tradesmen, building our wardrobe, painting and so on, and he will also be installing our kitchen. Pretty impressive, aye?

Anyway, I thought it would be fun to hear a bit about what he has to say about the whole renovation business - after all, that is pretty much what he has been living and breathing for the past three months! (My comments in italics) 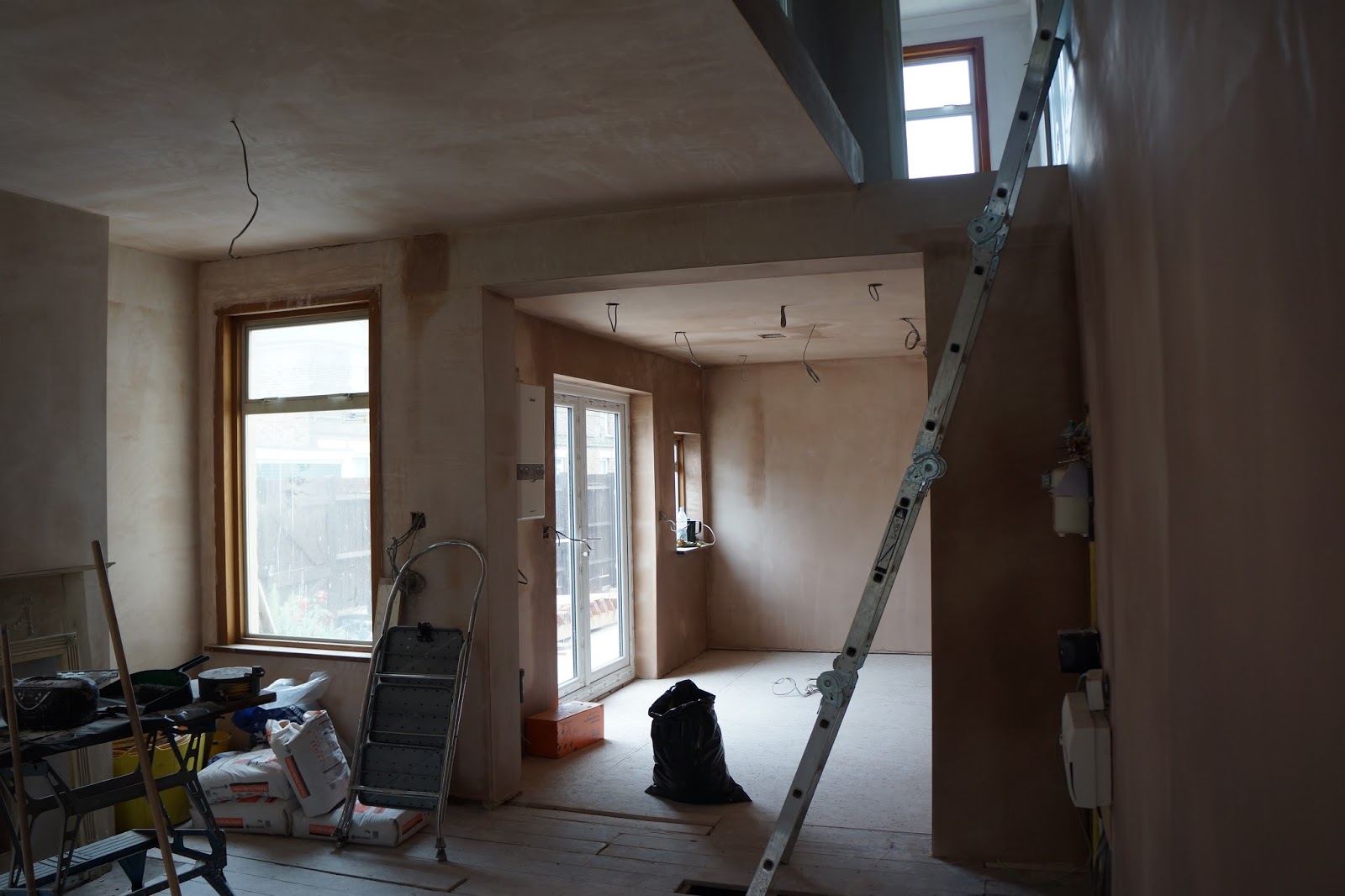 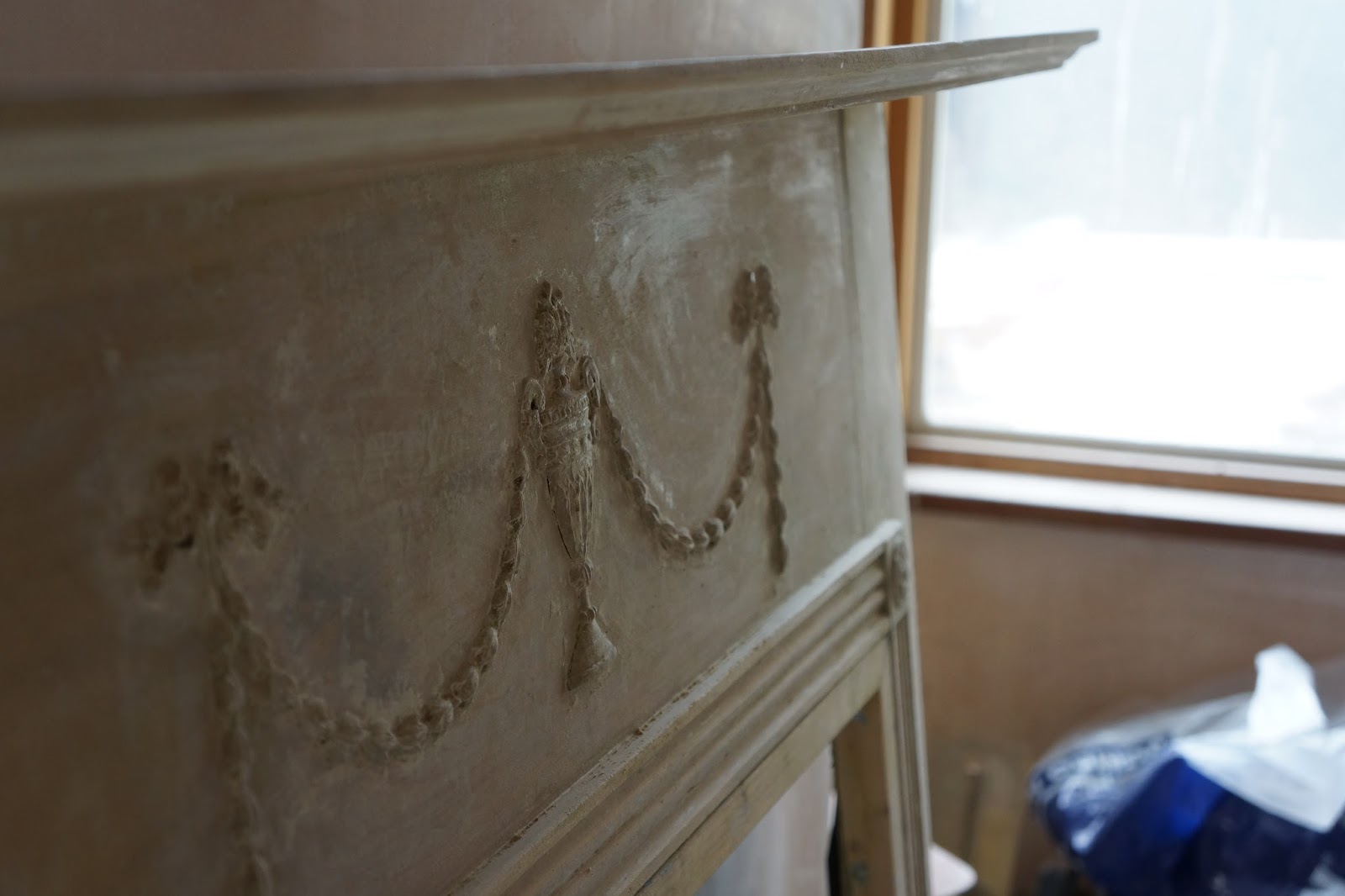 What have you enjoyed the most about renovating our house?
My tools, like using my mitre saw, which is very high-powered and a bit nerve-wrecking the first time using it. Learning how to use it, and then seeing the benefits of how much faster and better you are able to do everything is satisfying. For example the flooring would have taken a few of weeks to do with a hand saw. Now it took me all and all 4-5 days.

And I have enjoyed the creating of things, like doing a wardrobe and raising the floor with a floating floor system.

What have you found most difficult about the renovations?
I was absolutely dreading the dot and dabbing the wall from the ground floor all the way up to the first floor with no set of stairs (these were removed). Having to do this with a stairwell tower, and using decibel boarding which are 50kg each sheet. Lifting them all by myself, they are about 8 foot by 4 foot, so big big boards, and doing it three meters up in the air. With one wrong step I would have plummeted down.

What mistakes have you made during the process?
Telling you about stuff! (He means me) Whether you know this or not, you assume you know about everything. I could be the whole most authority on something, and you would still challenge me. (I would say I only provide helpful criticism and pointers...)

I wouldn't call it a mistake as such but having to re-do the kitchen floor. Having to pull the boards up again in the kitchen to re-brace things, as I had to adapt to the material I was using. It took day and a half of extra work. I was annoyed but I did it because that was the best thing and enabled us to have a level floor in the kitchen and living room.

Has there been any dodgy things or accidents that have happened?
Personal injuries? Yeah! Got a T4 syndrome in my back I have acupuncture for. The physiotherapist keeps on telling me all the time I have to stop lifting weights.

Twisted my ankle, falling into a hole. Sliced my hand open a few times. Bruised legs.

There was a bit of a dodgy moment where I had to take the old staircase off. I had to saw through the last brace as I was still standing on the staircase. So I sawed it nearly to the end, jumped off, and had to saw the rest from the bottom. And I had to hold it up and try to push it away from me and the gas meter (situated underneath the stairs) to avoid it either hitting me or the gas meter. I was also worried that the weight of the staircase falling could have broken the floor boards.

(He didn't mention this, but he also got practically a whole wall of plaster boarding falling on top of him due to poor workmanship by the previous owners).

How is it renovating a house with a wife and toddler in tow?
It is not easy, it is bloody knackering. And I still have to be a dad and a husband when I come back home.

Would you say that the renovation work puts a stress on the marriage?
Yeah. Of course you (again, he means me) have opinions, like everyone would, and there are times when I would rather not talk about the house as I have been there all day long. Or when you are too fortright about your opinions on things, especially when it is far too late to change things. And the biggest issue is when you change your mind mid-way and try to re-hash things.

No really, give me an estimate?
Three weeks. That is what I have been telling everyone for the past three weeks.

Do you know the Dougleas Adams quote? "I love deadlines. I love the whooshing noise they make as they go by." 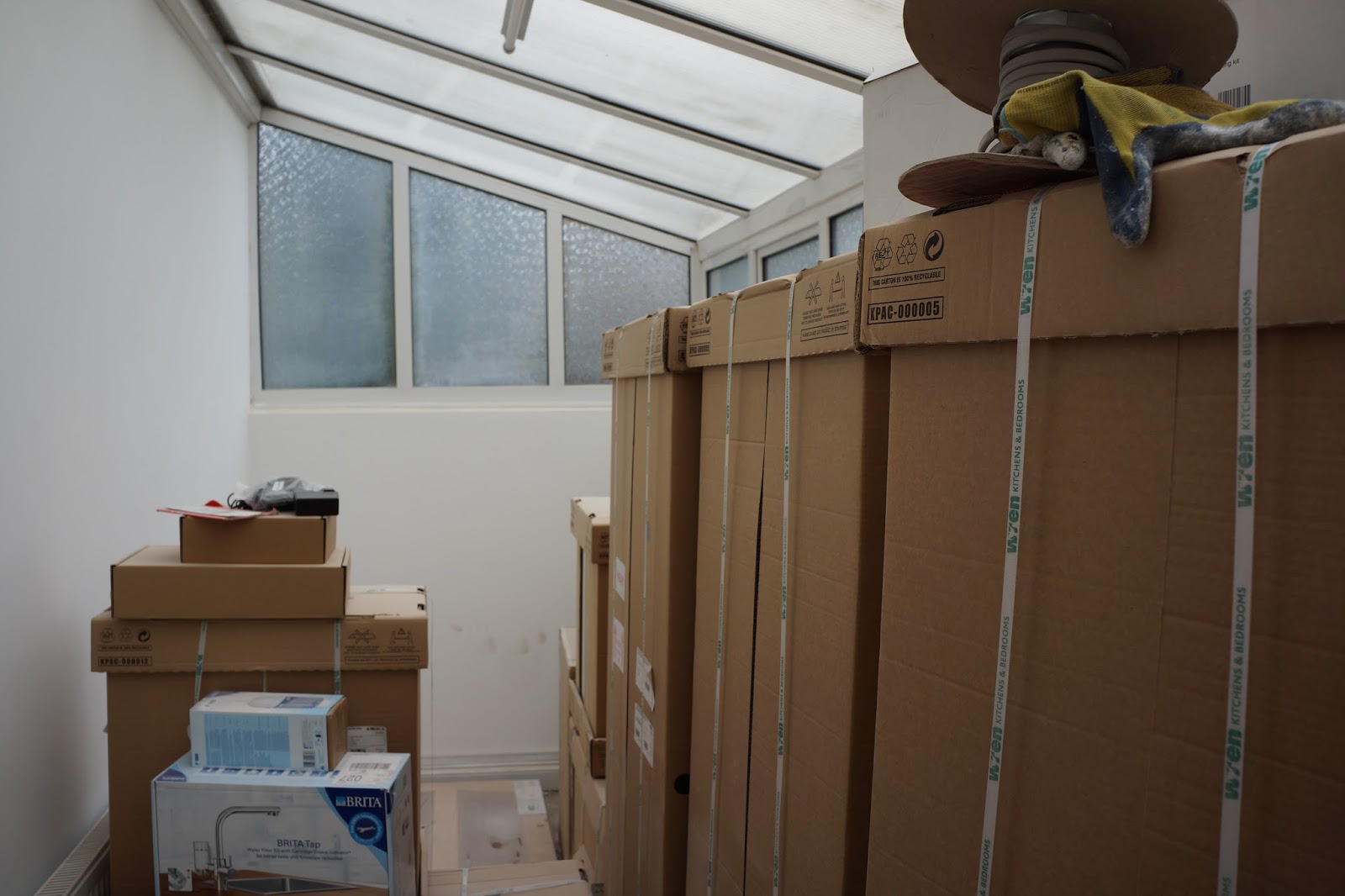 There. A bit of insight into my hubby's innermost world :)