It could have been me: Save Syria's Children

His name was Alan. He was three years old.

He should have been home watching cartoons. He should have been running around in the park, going down a slide. Instead, he was in his mothers arms, next to his five year old brother Ghalib and father, in the dark, on a dinghy, in the waves.  And then he was all alone, lying on a beach. Cold, alone, dead.

He was not the first, and sadly, he will not be the last.

My grandmother was a refugee. She was about six years old and escaped on a refugee train. It was winter, and the snow deep. Bombers would drop bombs and shoot at the carriages, and they had to jump out and run for the woods everytime they heard aeroplanes approaching. Their parents tried to make it into a game, to see who could run the fastest. Wading through the deep snow made them all go so slow. Later in life she would often feel how they needed to go, somewhere, anywhere, because it wasn't safe where they were. Just because you get to safety doesn't mean that the scars vanish too.

It has made me think too, would I be here, giving my two year old daughter extra tight cuddles today, if they had had to escape by a boat. Or if they had been in one of the carriages at the back. Maybe not.

There are things you can do, right now, right here.

You can use your voice, the voice Alan doesn't have anymore.

Or you can spread the word. Save the Children's Save Syria's Children campaign, tweet it, facebook it, share it. #SaveSyriasChildren. Please also take a photo of your children, or yourself, with the words "It could have been me" and share it on your social media, or on your blog. 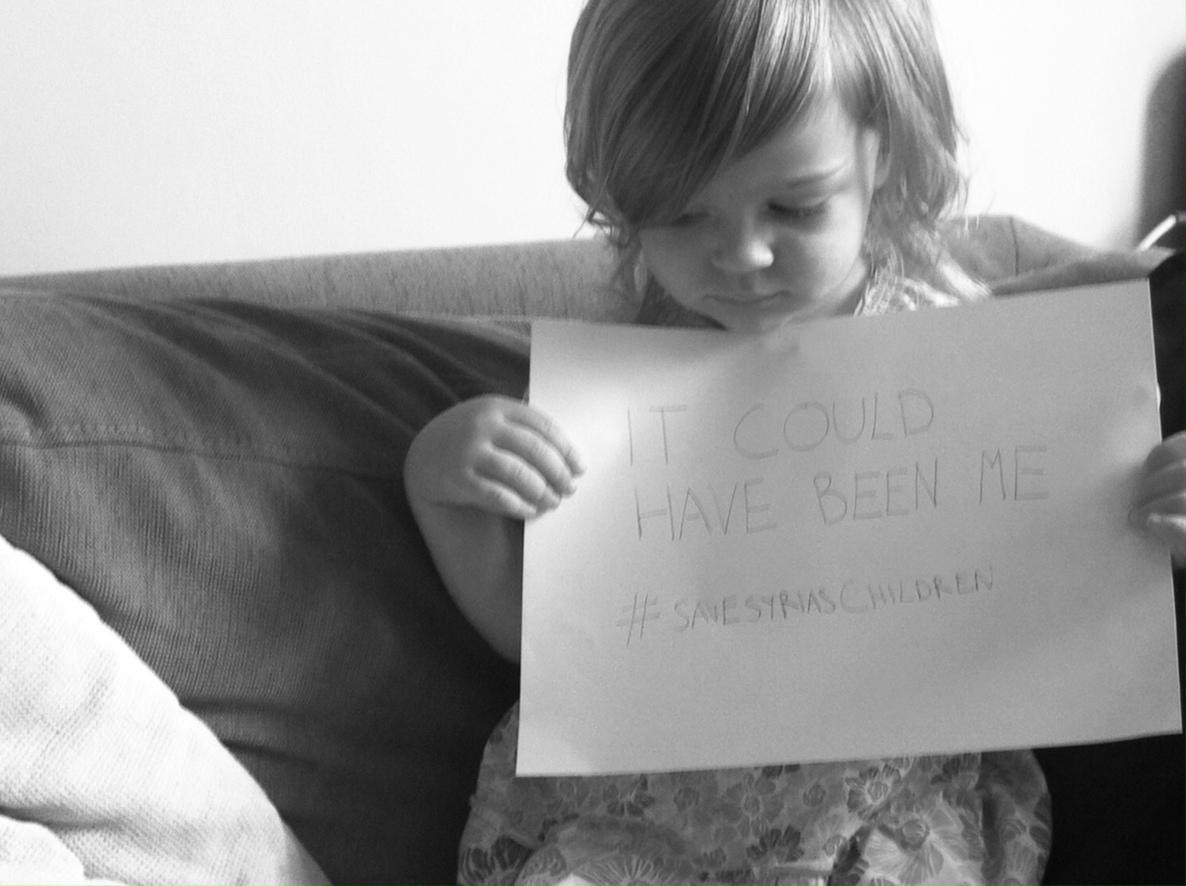