Visiting Arsenal Stadium was one of those experiences my husband had longed for, probably since his childhood. Last year, as a late birthday treat I took him and our three year old to visit the stadium on a self-guided audio-tour. Our family visit to the Arsenal Stadium went well, and who knows, maybe we will visit again! That might happen when you are married to a die hard Arsenal fan... Until then, here are loads of pictures, a video and some top tips on visiting Arsenal Stadium with kids. 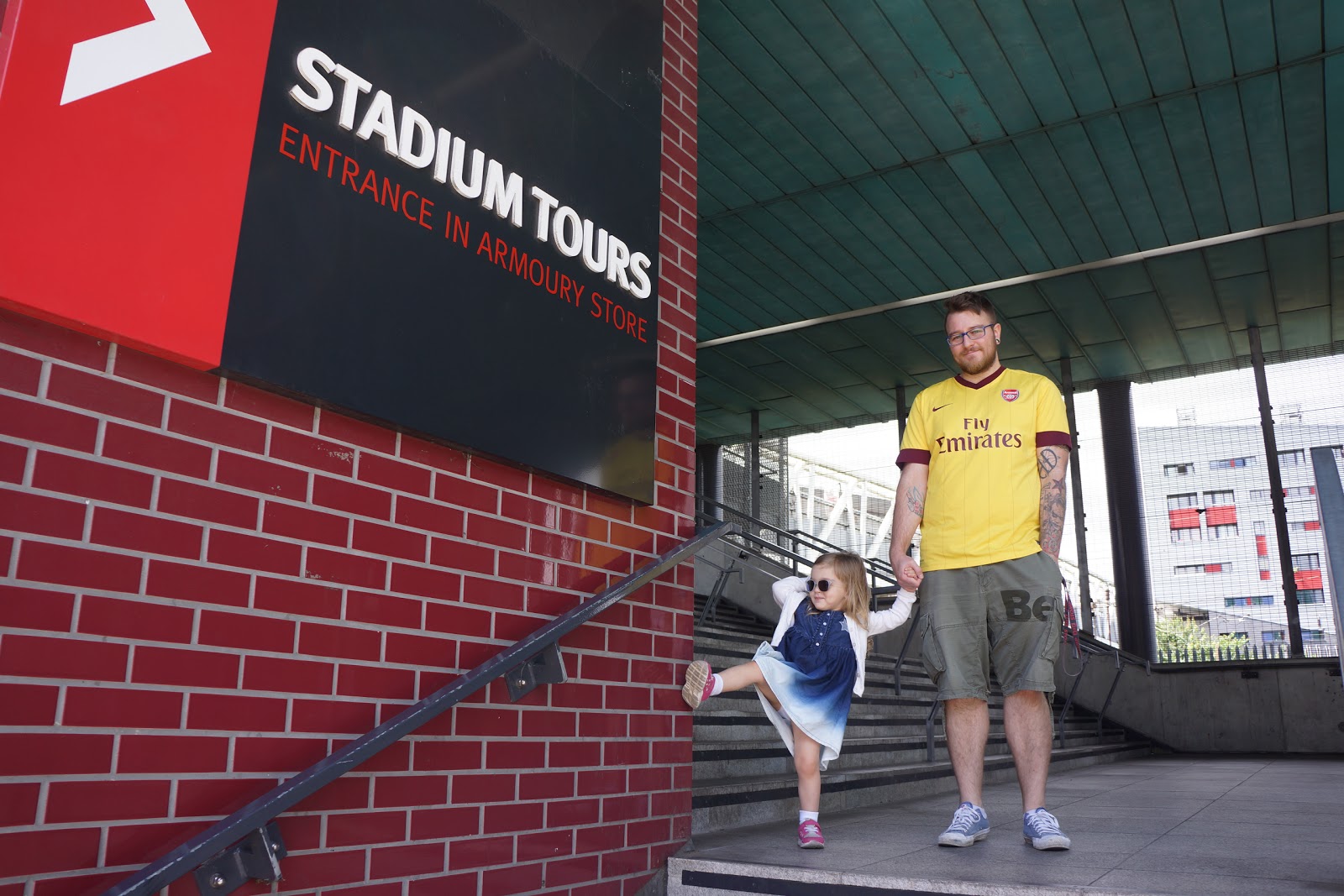 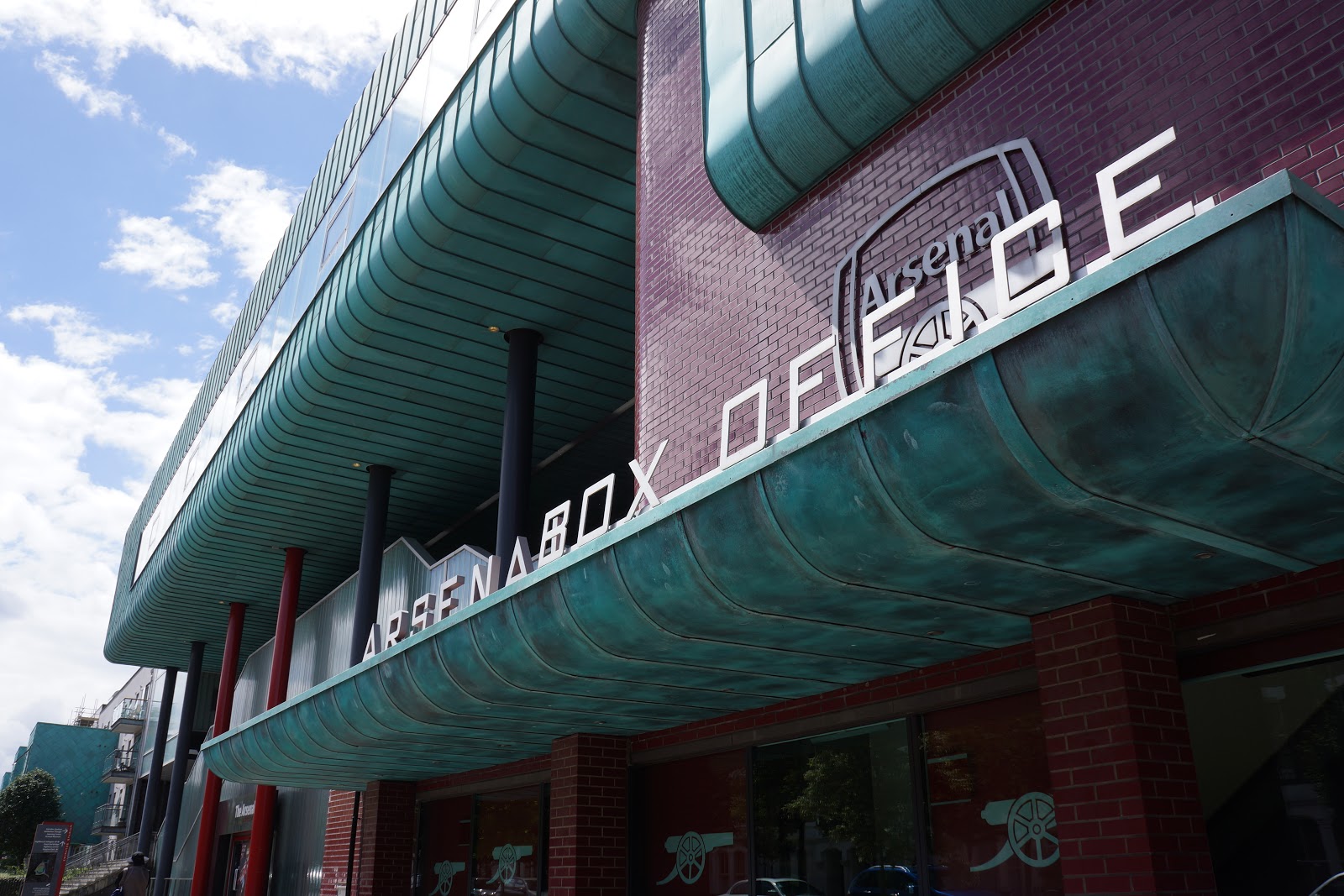 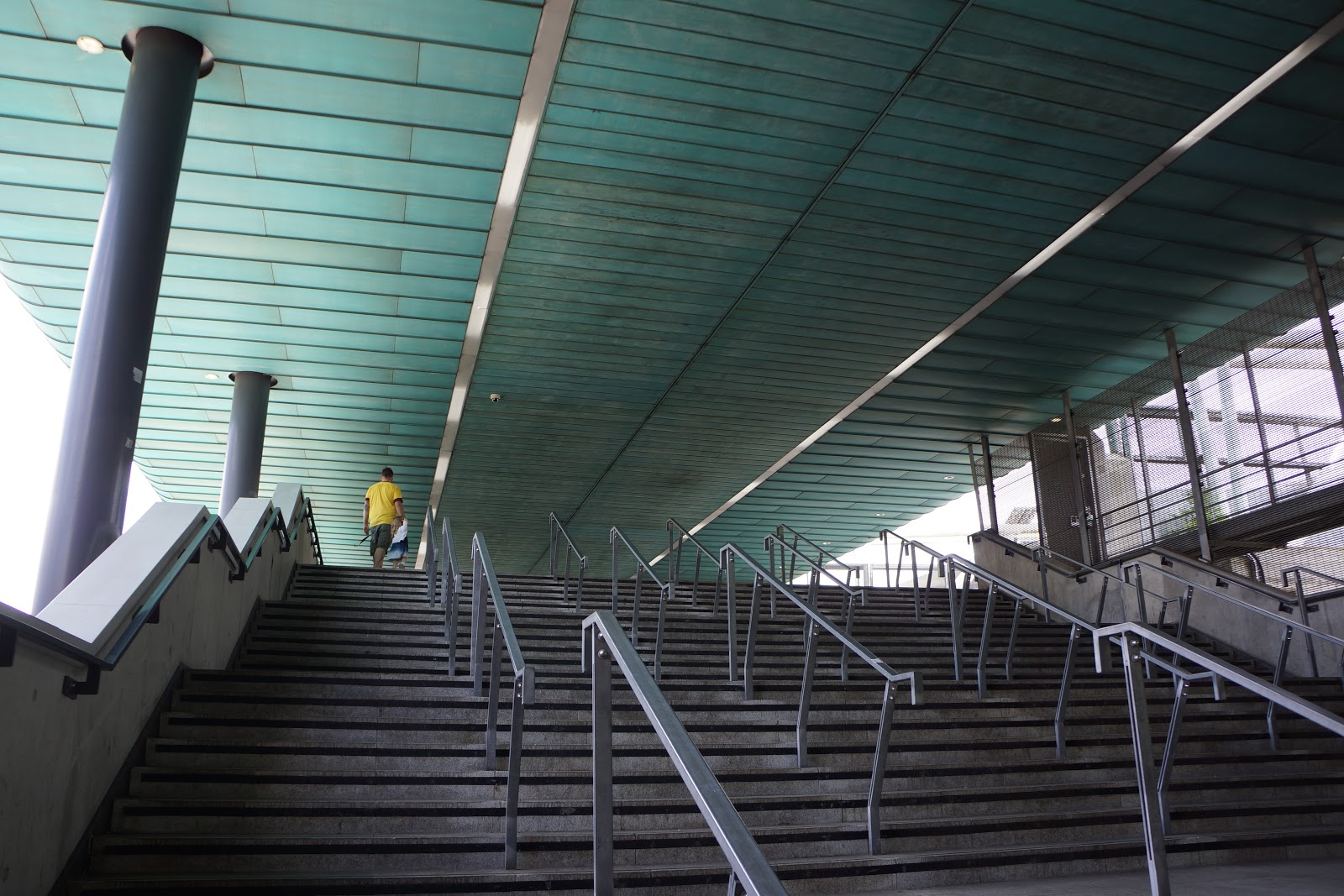 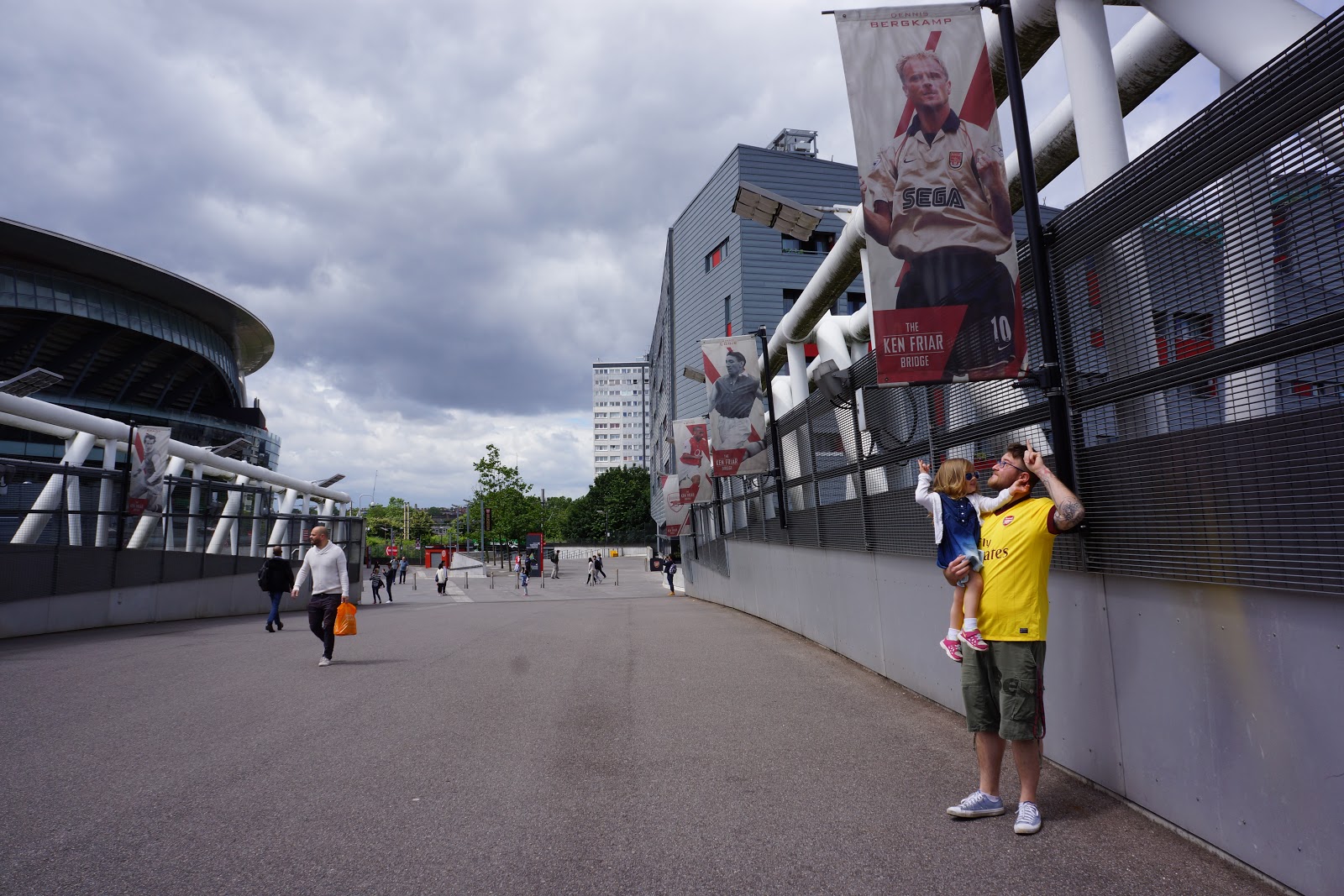 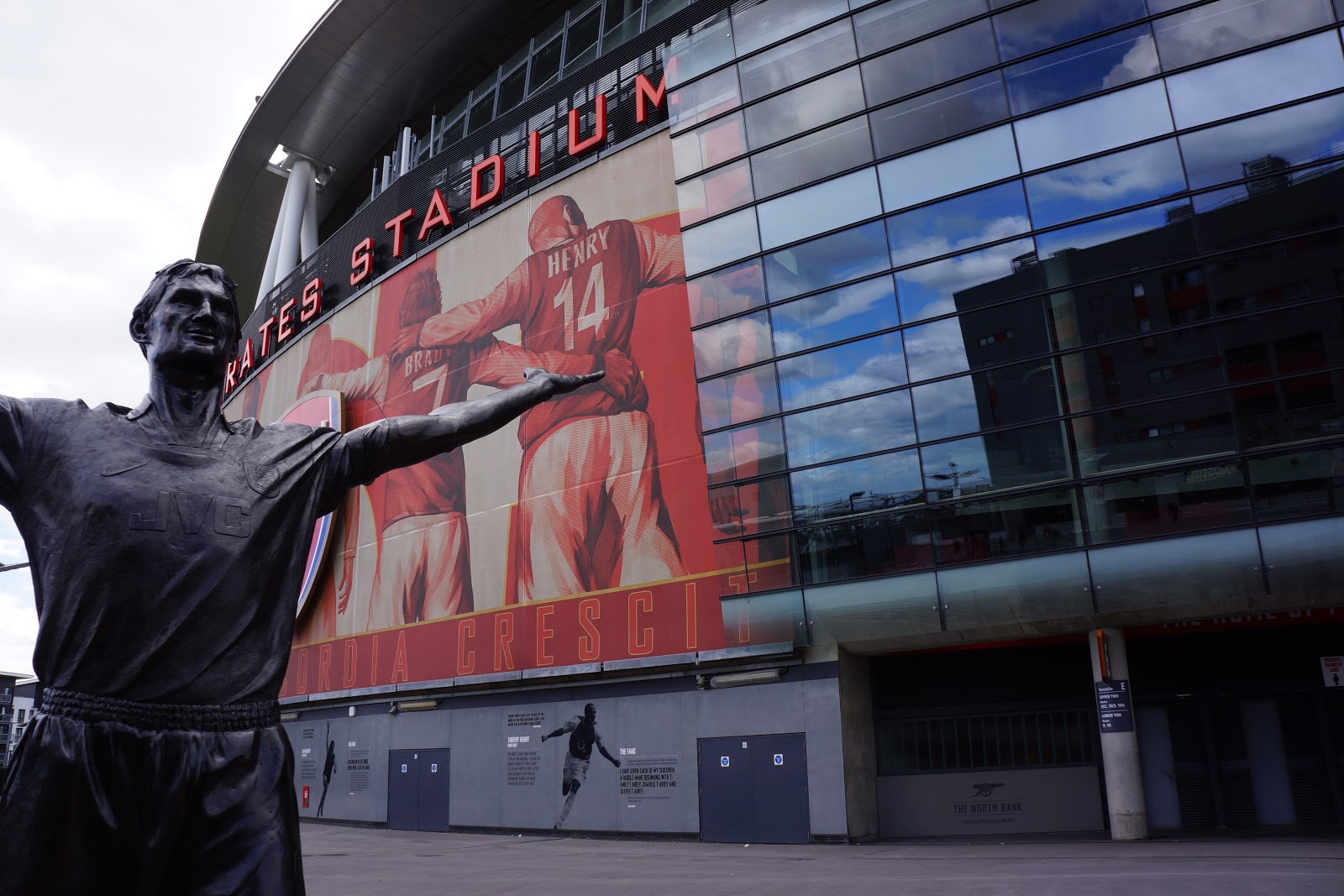 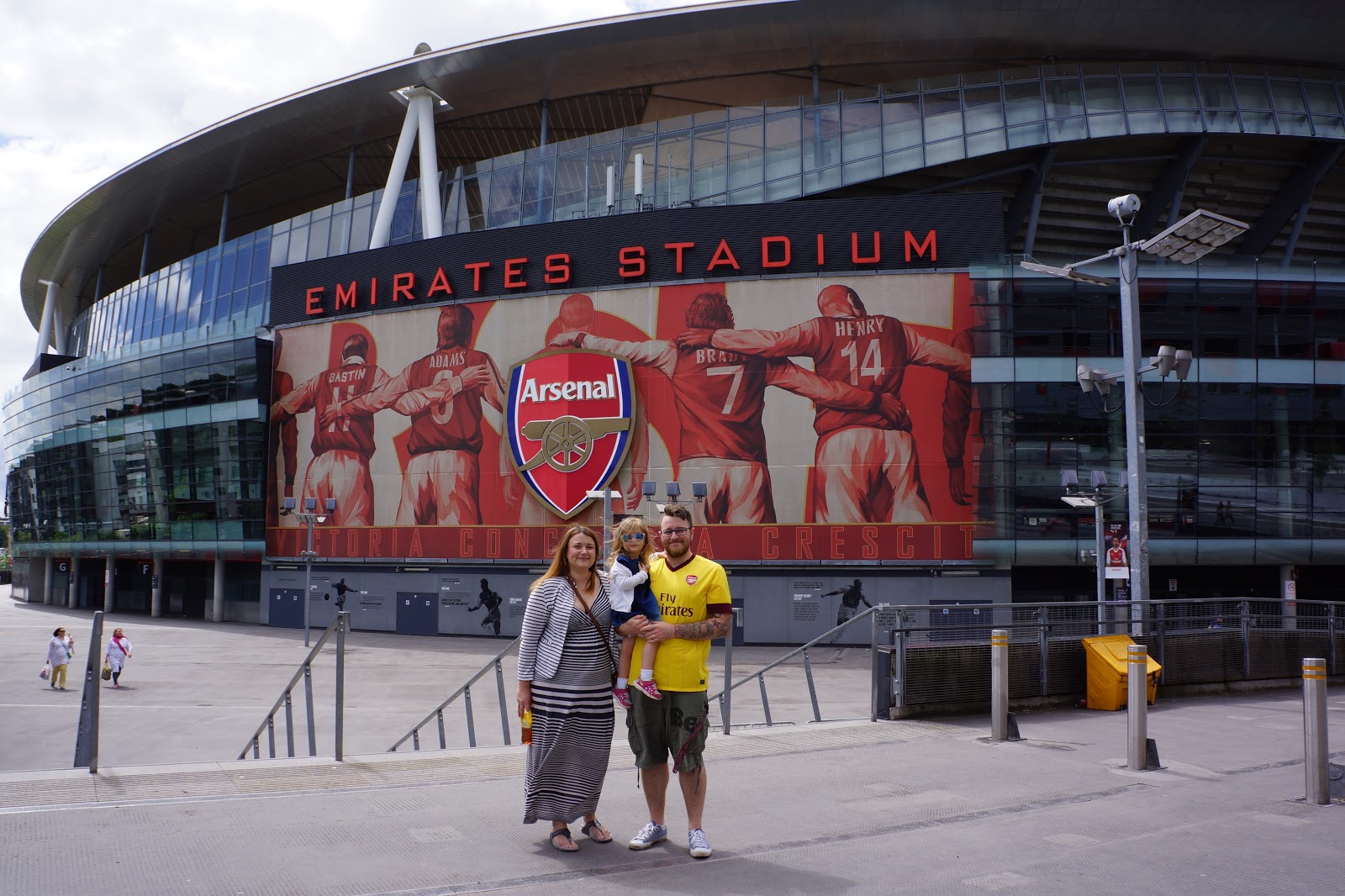 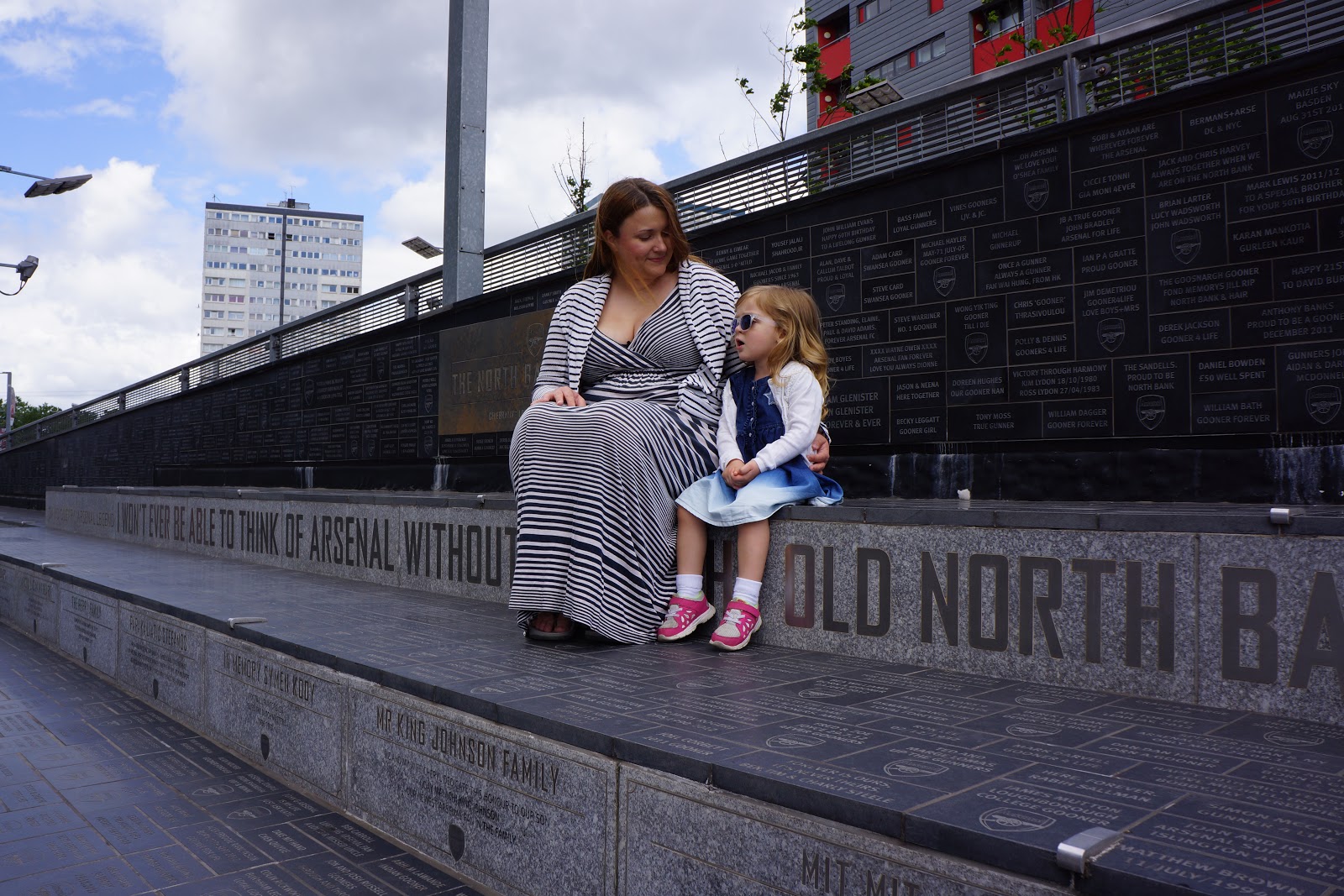 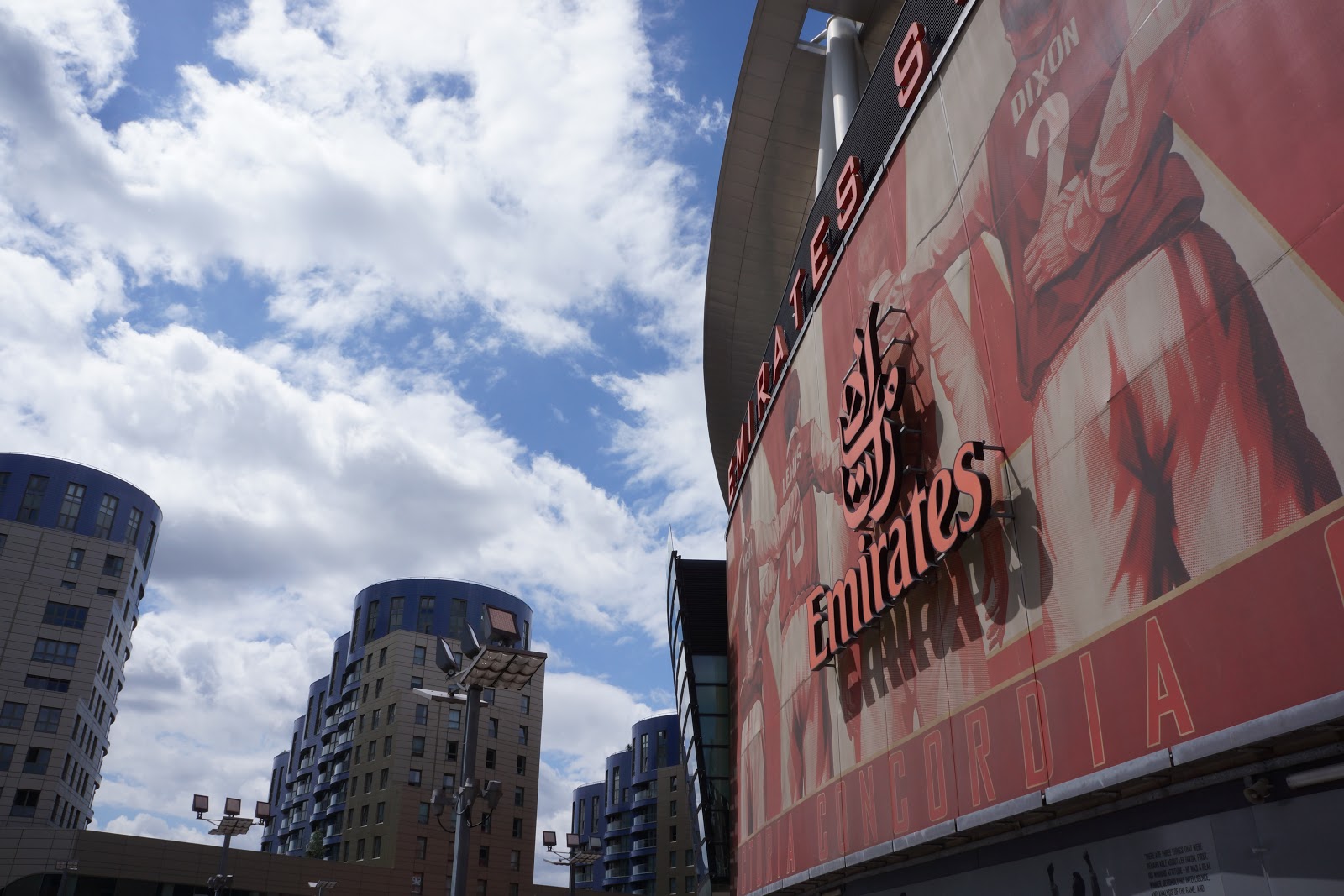 I have been to Arsenal Stadium events a few times before (as a first aider) - twice a match and once a concert. While nothing can beat the feeling you get from thousands and thousands of Arsenal fans chanting when their team is playing against Manchester United in the semi-finals, or the amazing atmosphere at a Bruce Springsteen concert, seeing the absolutely massive stadium and getting an inside look into many of the private areas was incredible.

We spent a while just chilling in the spectator seats, watching the pitch. At the time (summer 2016) they were doing the pitch work, meaning grass had been stripped out and new was being planted. While seeing the lush green grass first had would have been pretty amazing, one the other hand, we did get to see something that is only done ever five to ten years due to it being so expensive and time-consuming (it takes several months!). Watching the grass planting machines, which look a bit like ice resurfaces your see in ice skating rings, was mesmerising. 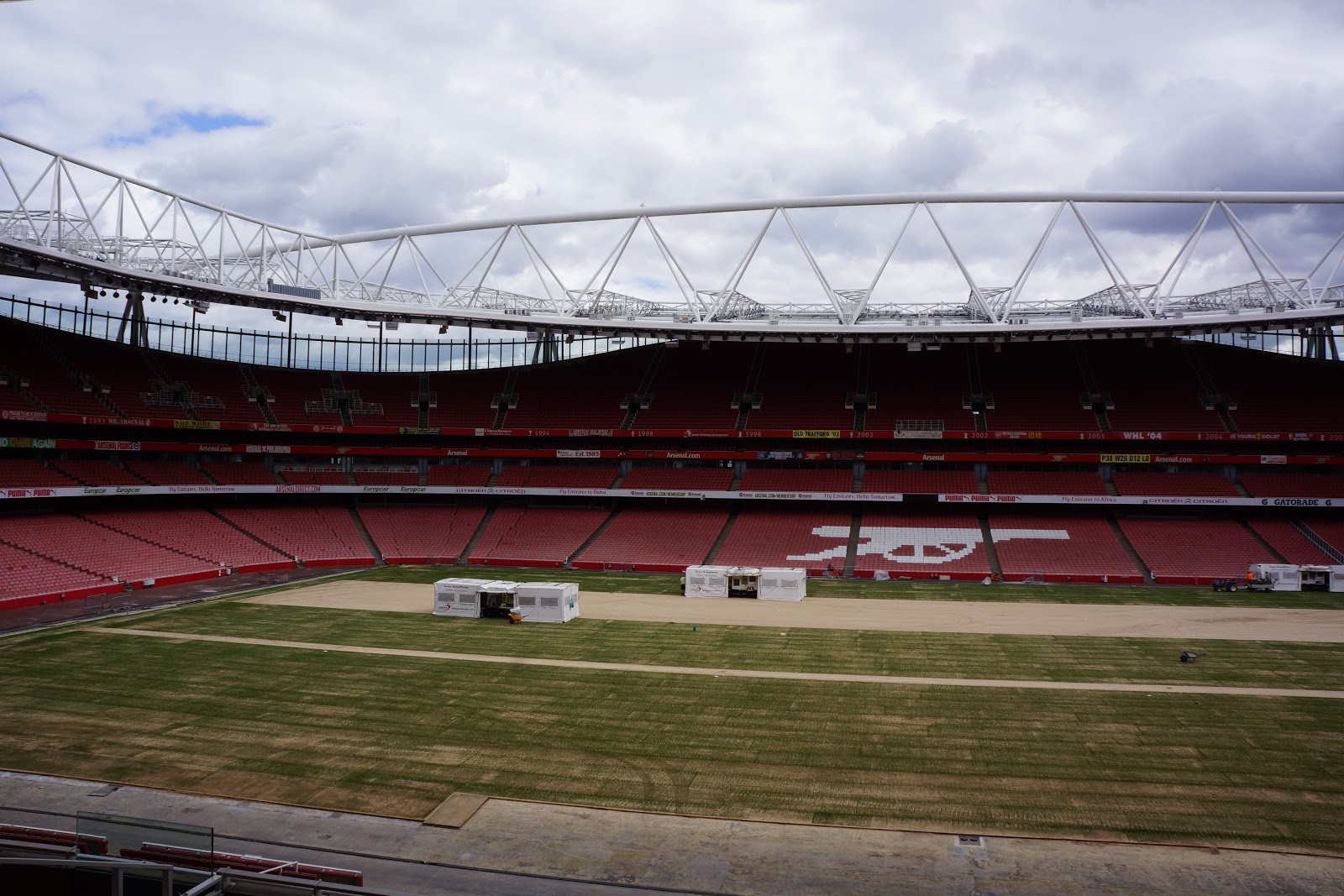 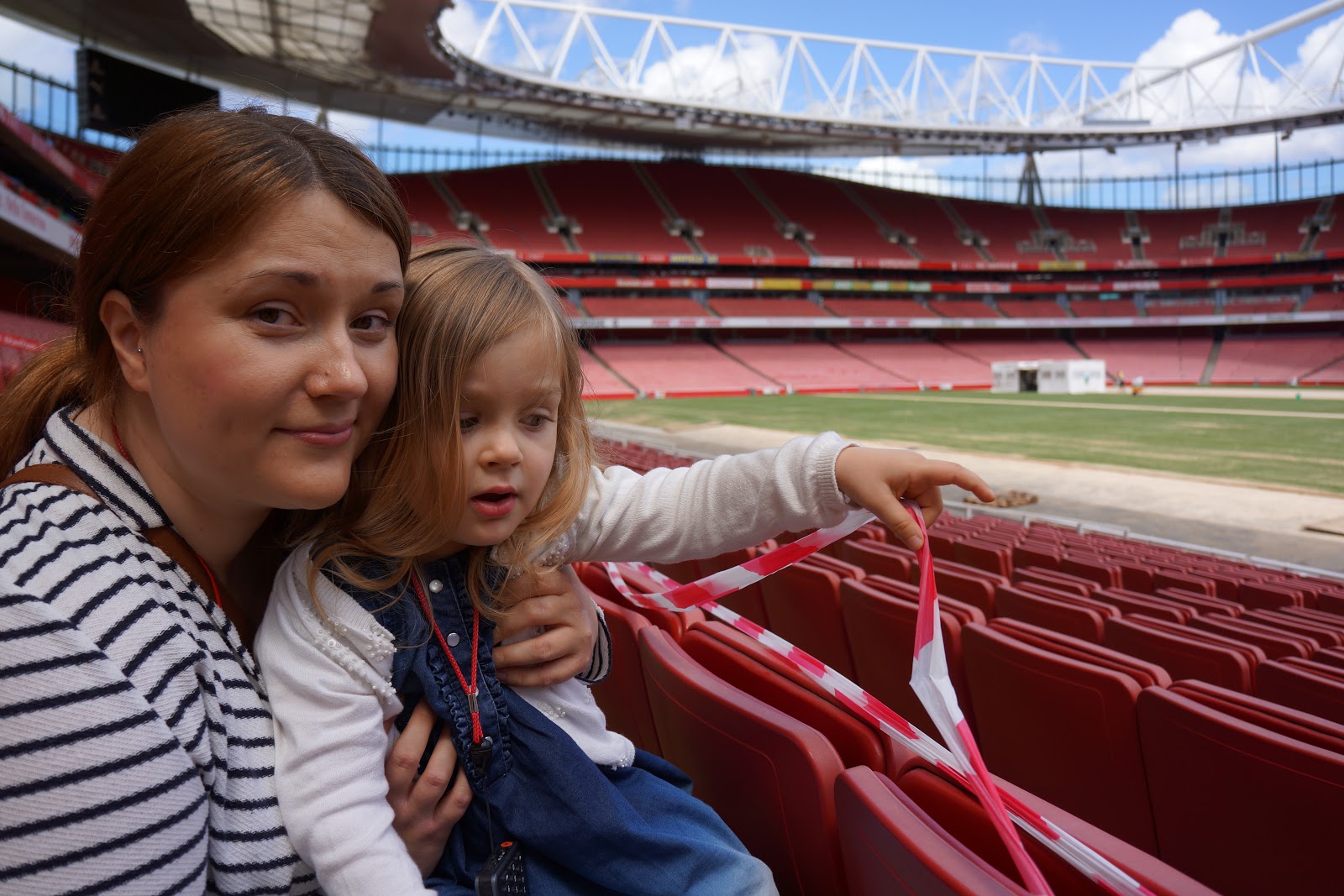 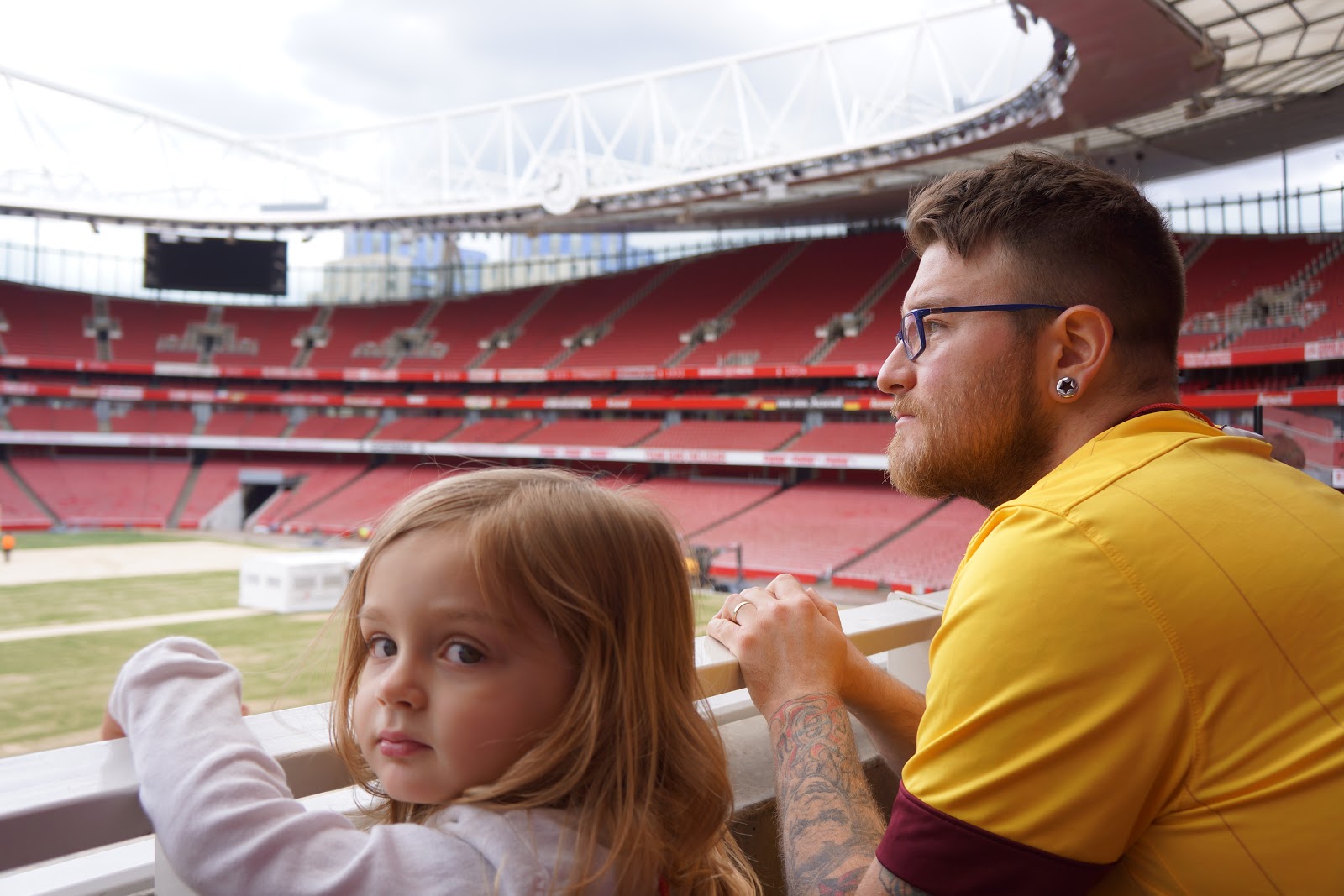 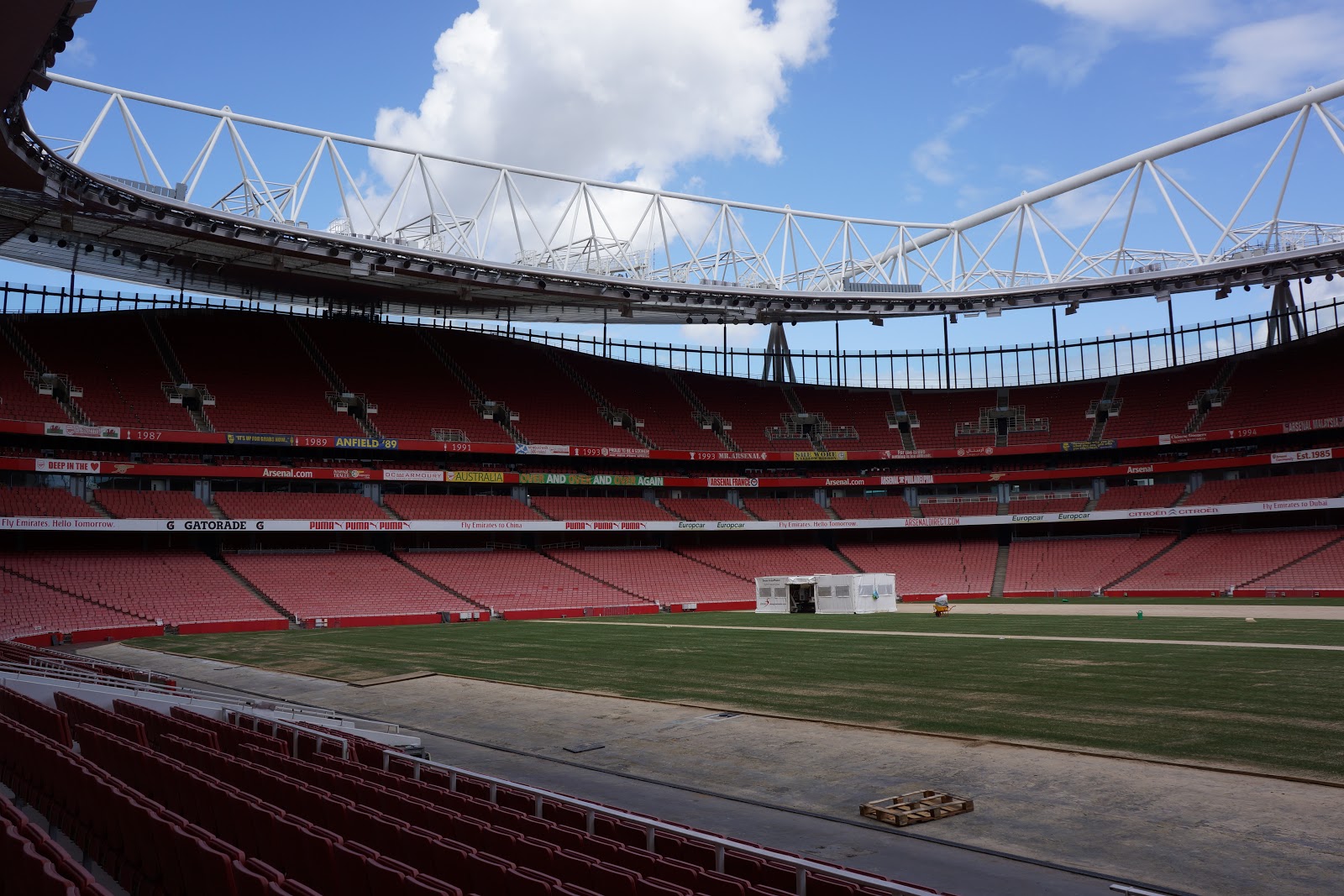 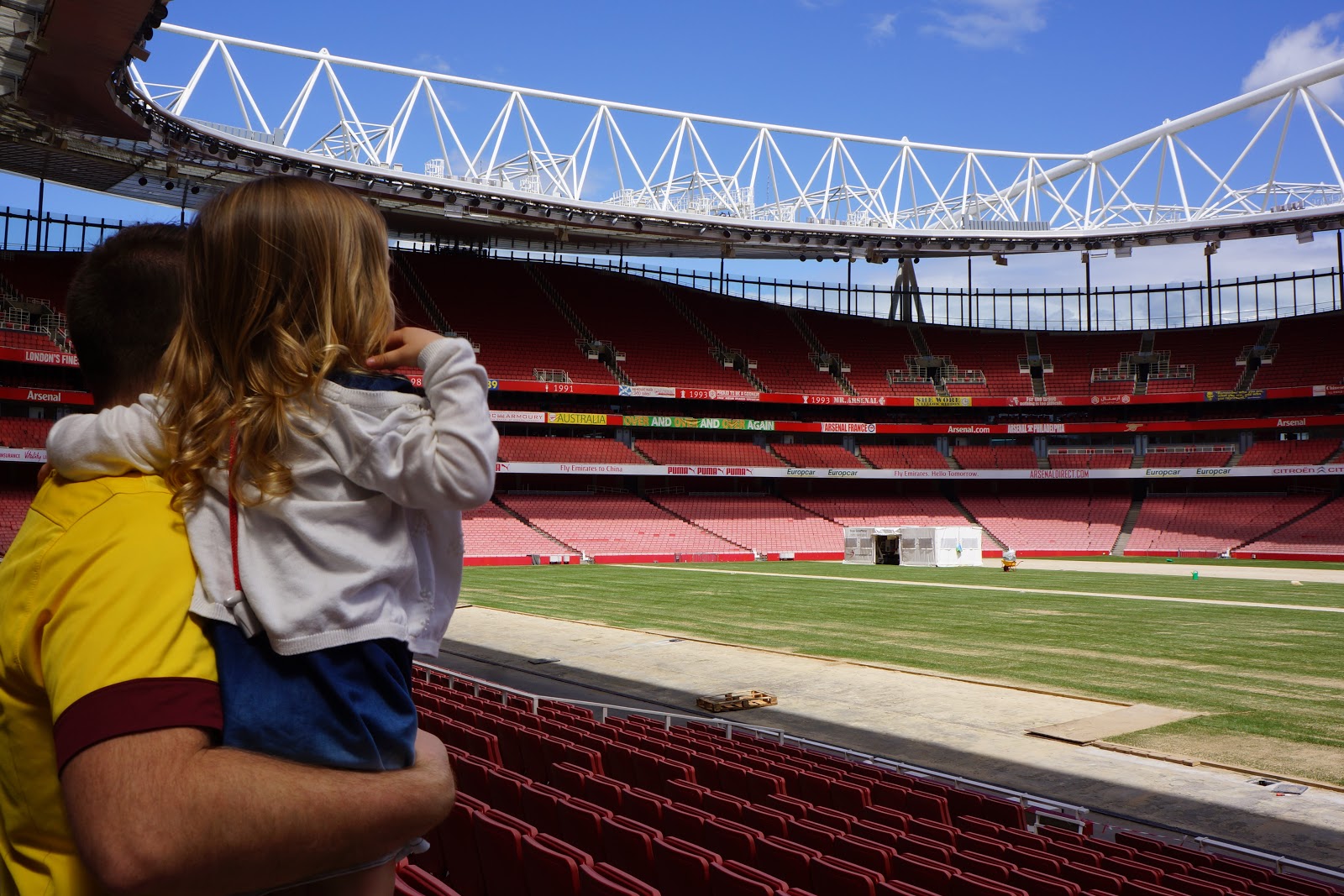 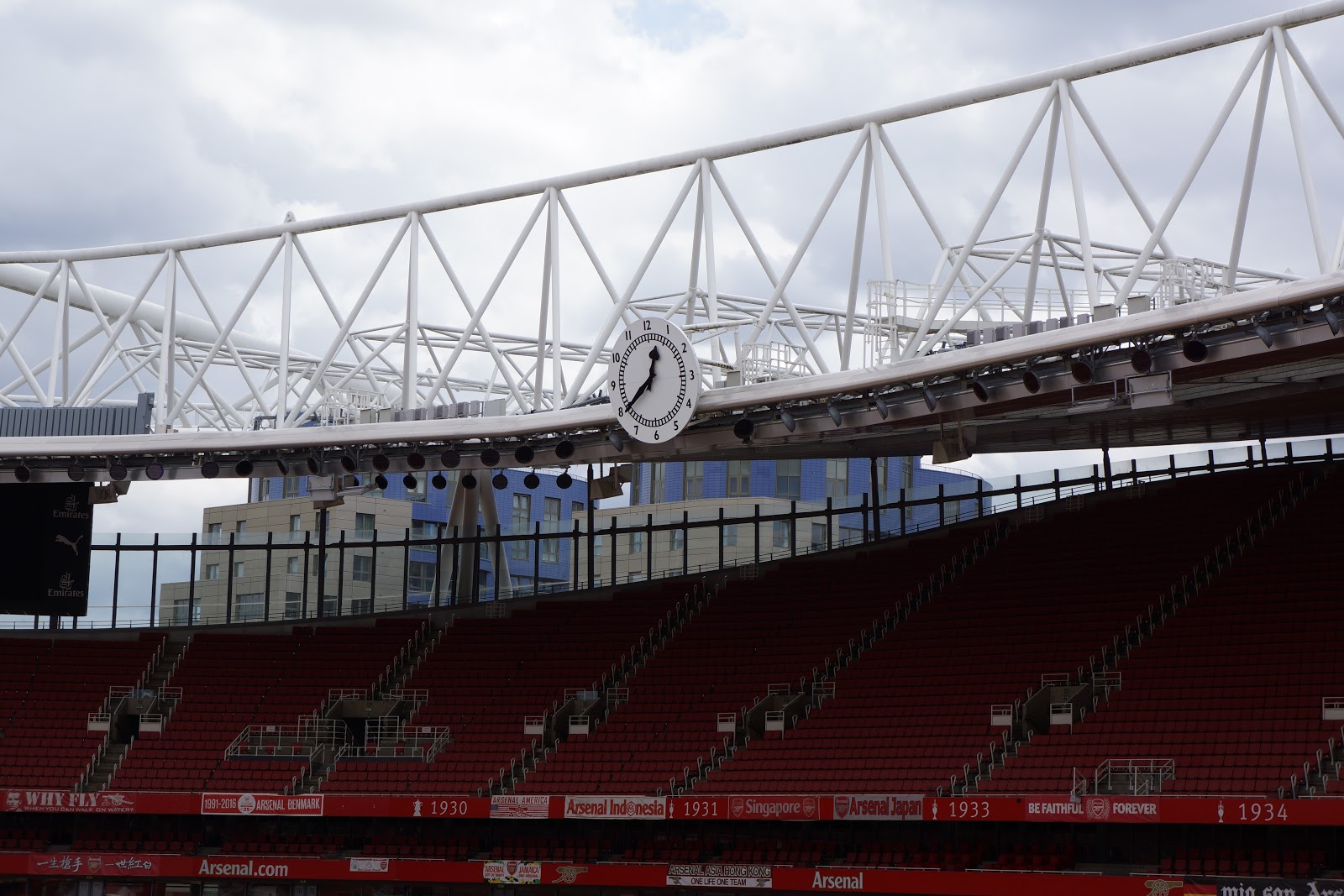 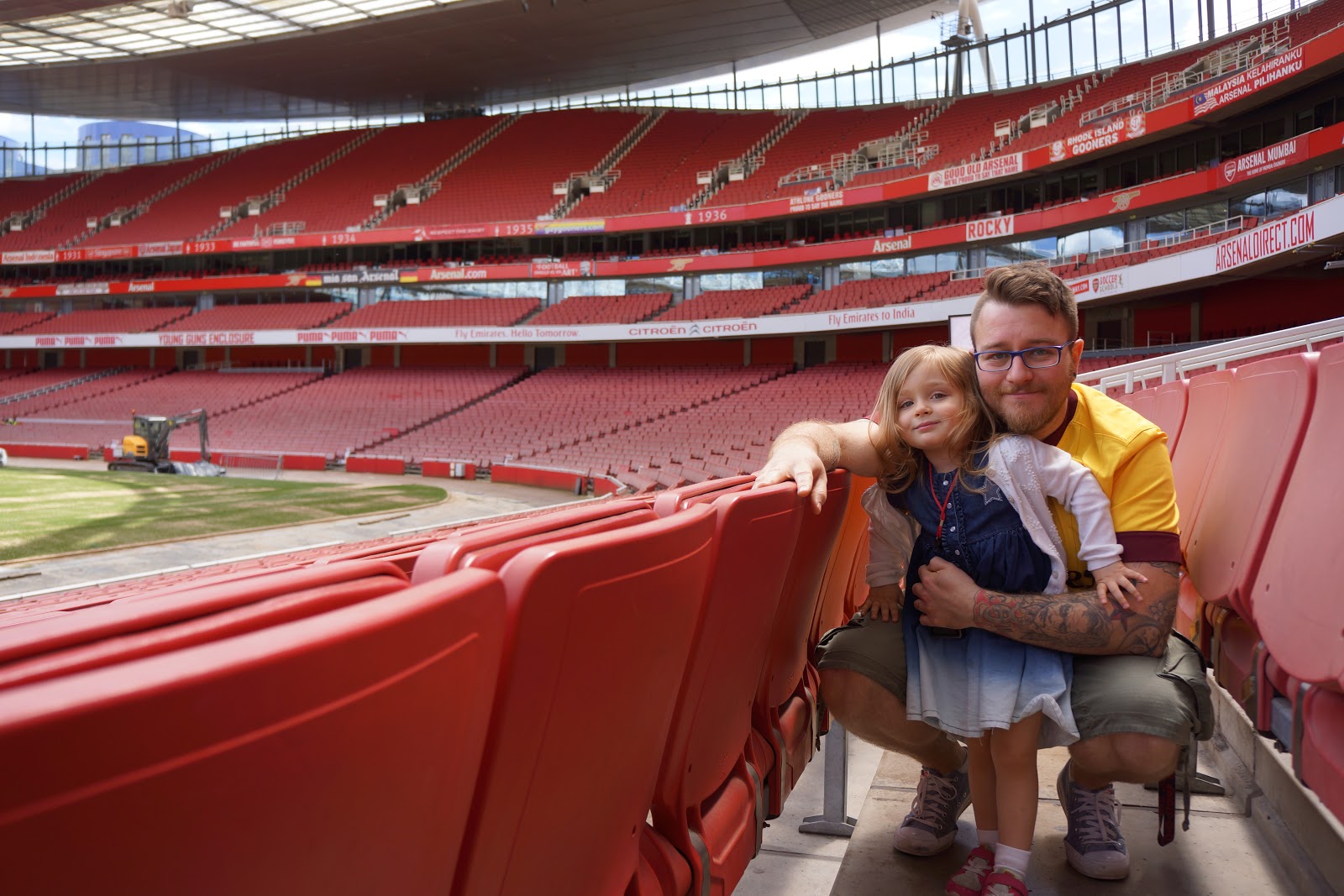 I was surprised at how many places we could visit. Alongside the spectator seats, we got to see the players dressing rooms, managers room, the fancy restaurants, the trophies, press rooms and so on. Sadly due to the pitch work we couldn't go into the players tunnel or the pitch side, but usually you would get to do that too. We didn't have a chance to the Arsenal Museum at the time either, and might make another visit there just for my husband's benefit.

Is this a fun attraction to take your kids to? I think yes, although it is of course much more suitable to older kids, school age upwards. Our three year old naturally could not have cared less of Arsenal, but enjoyed running around the spectator seats and the players dressing room. Because this attraction is primarily for adults, kids under five get free access. 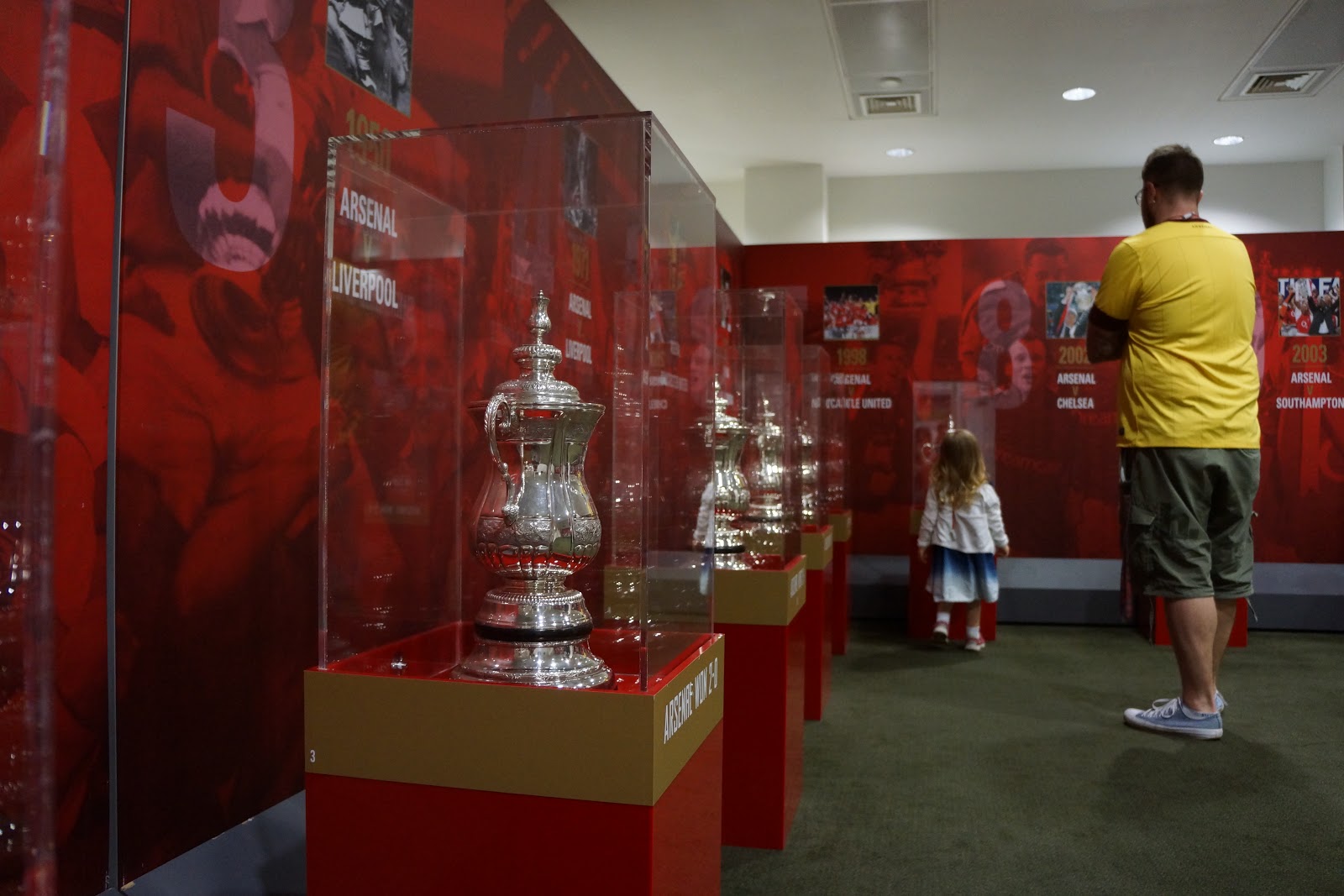 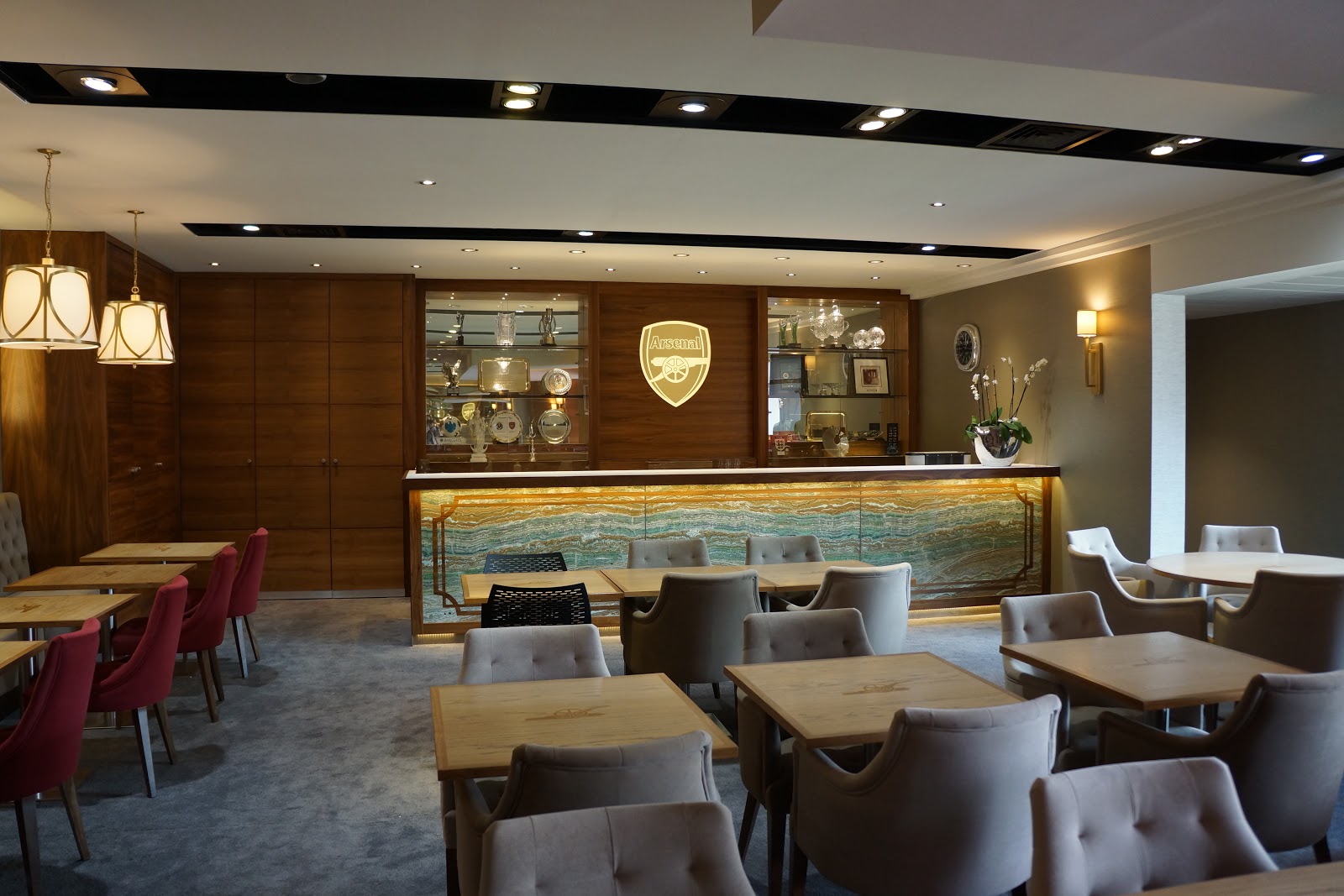 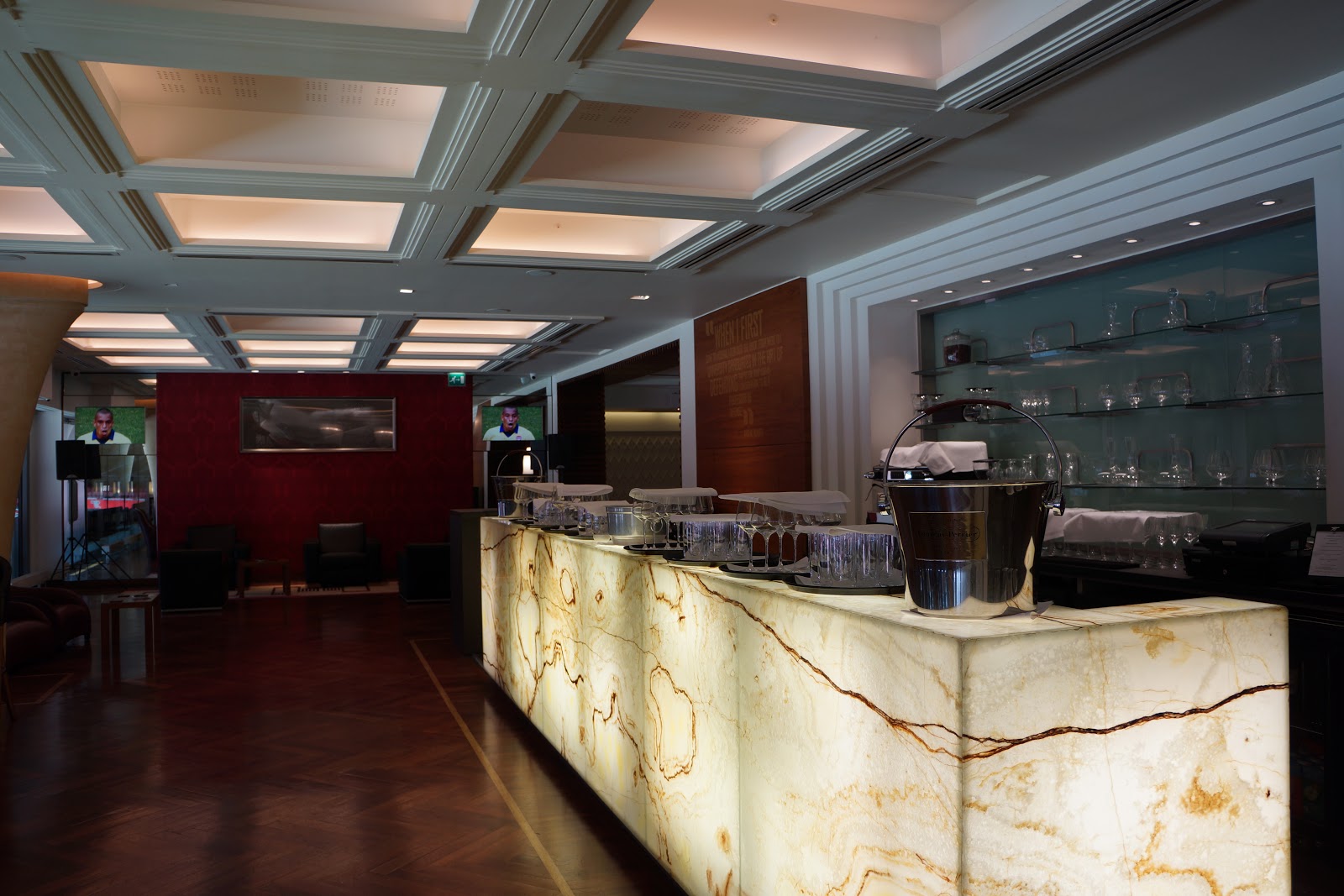 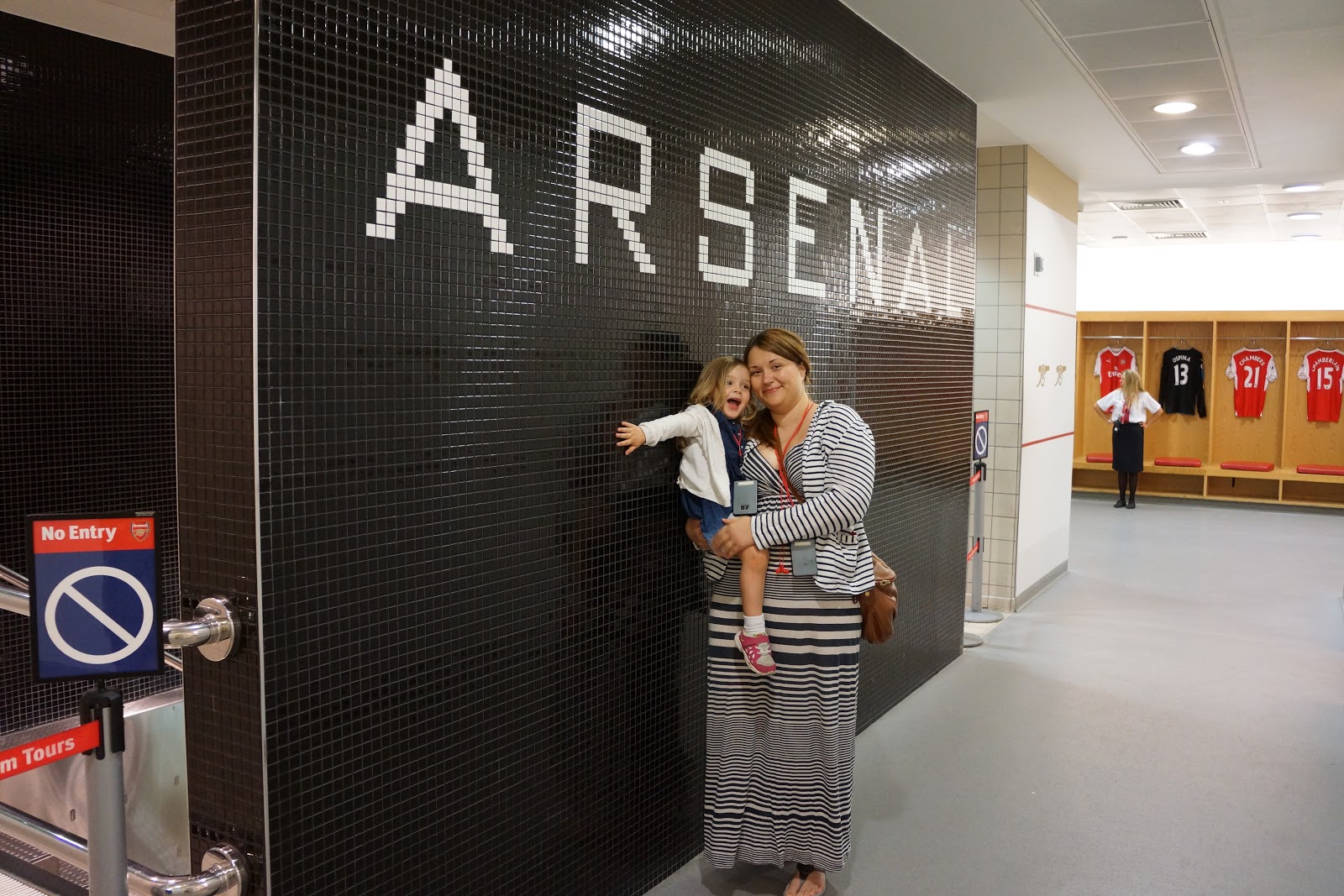 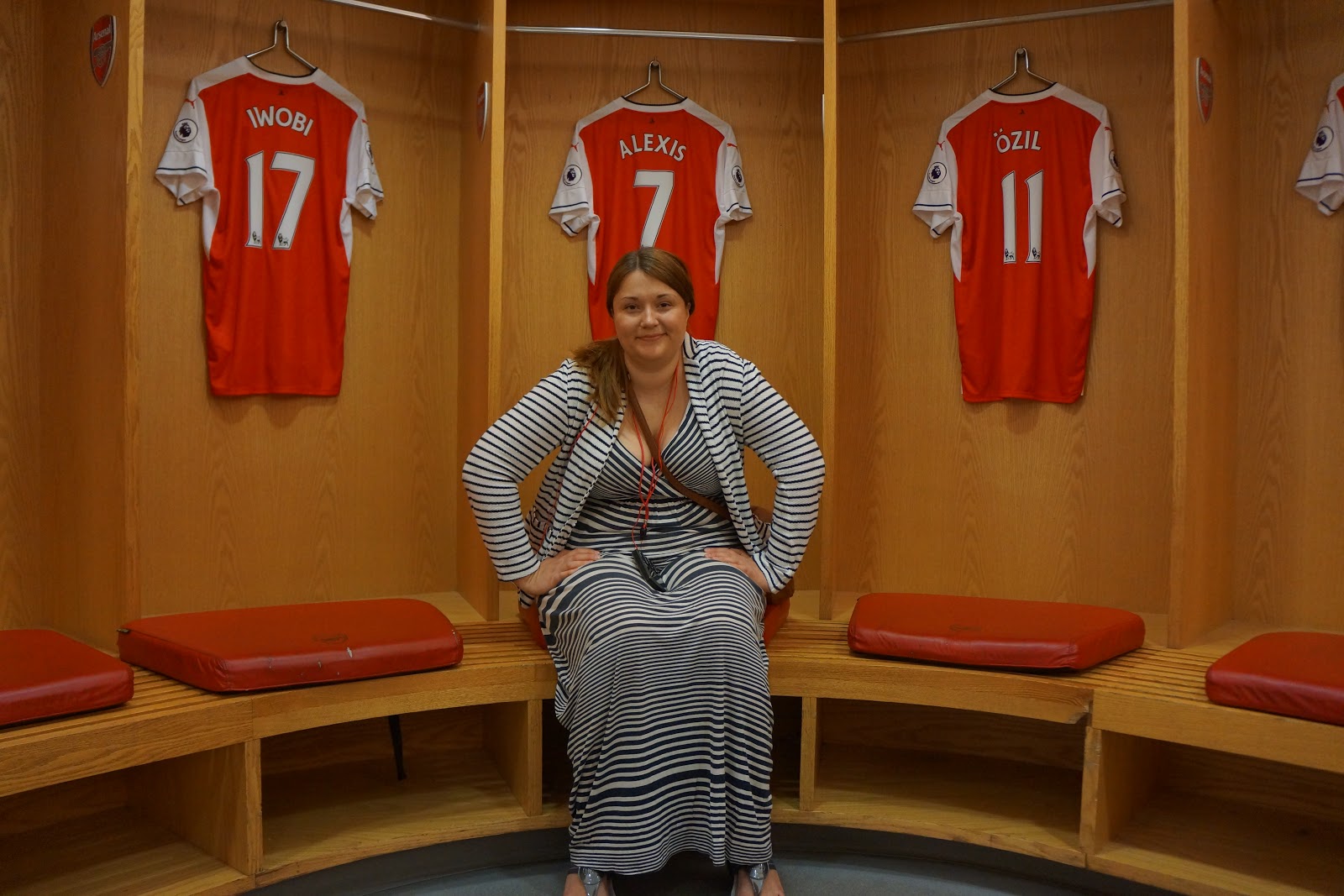 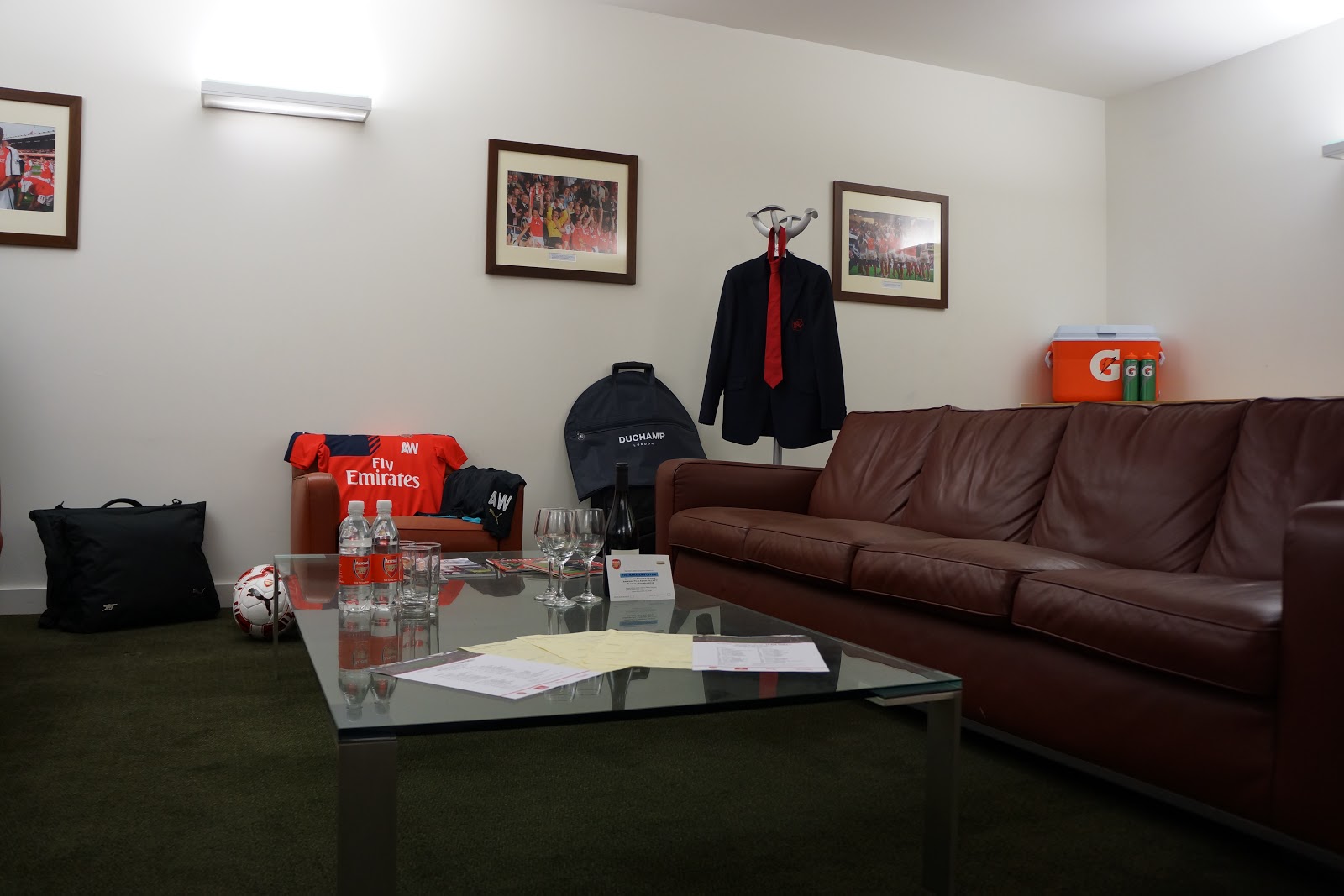 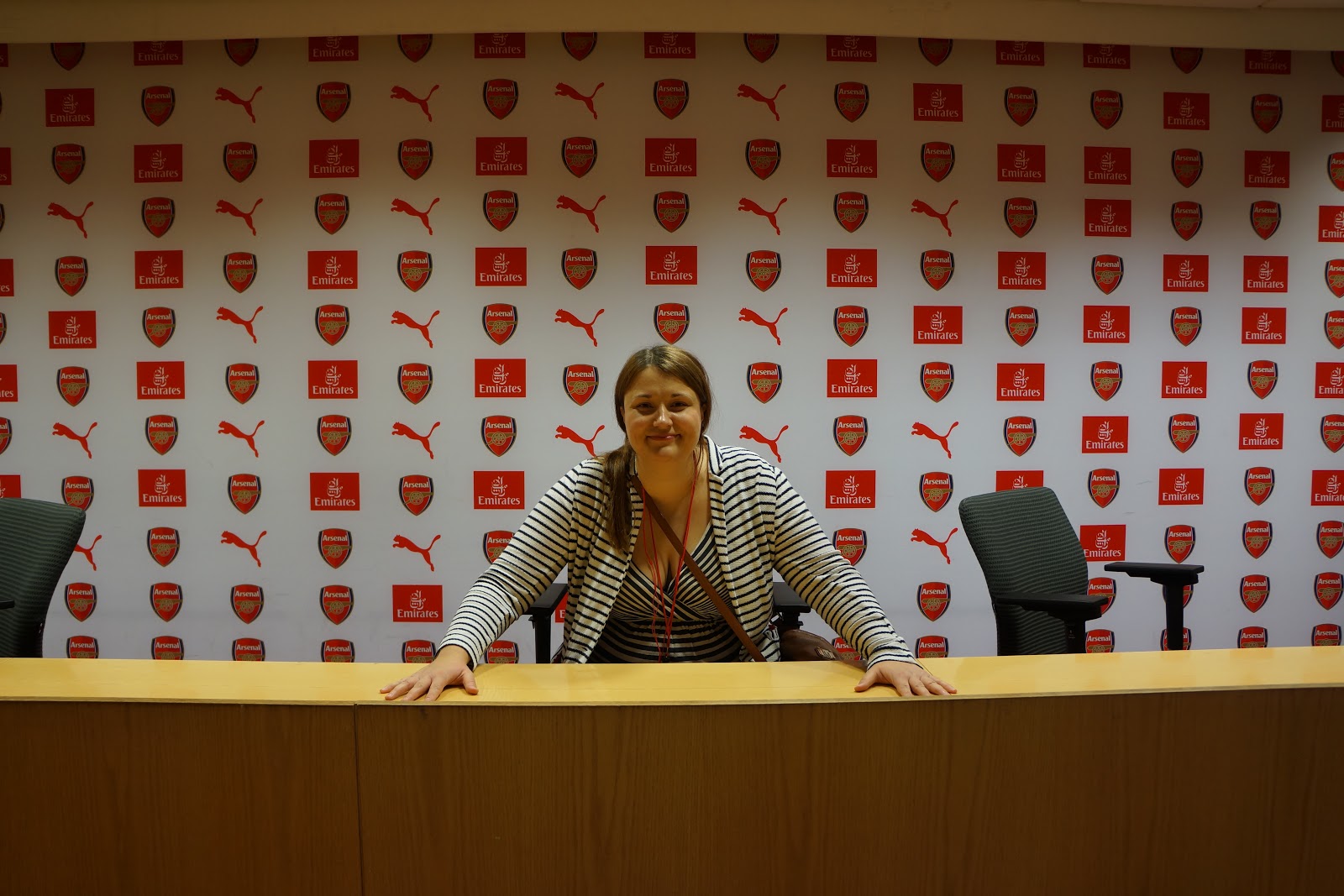 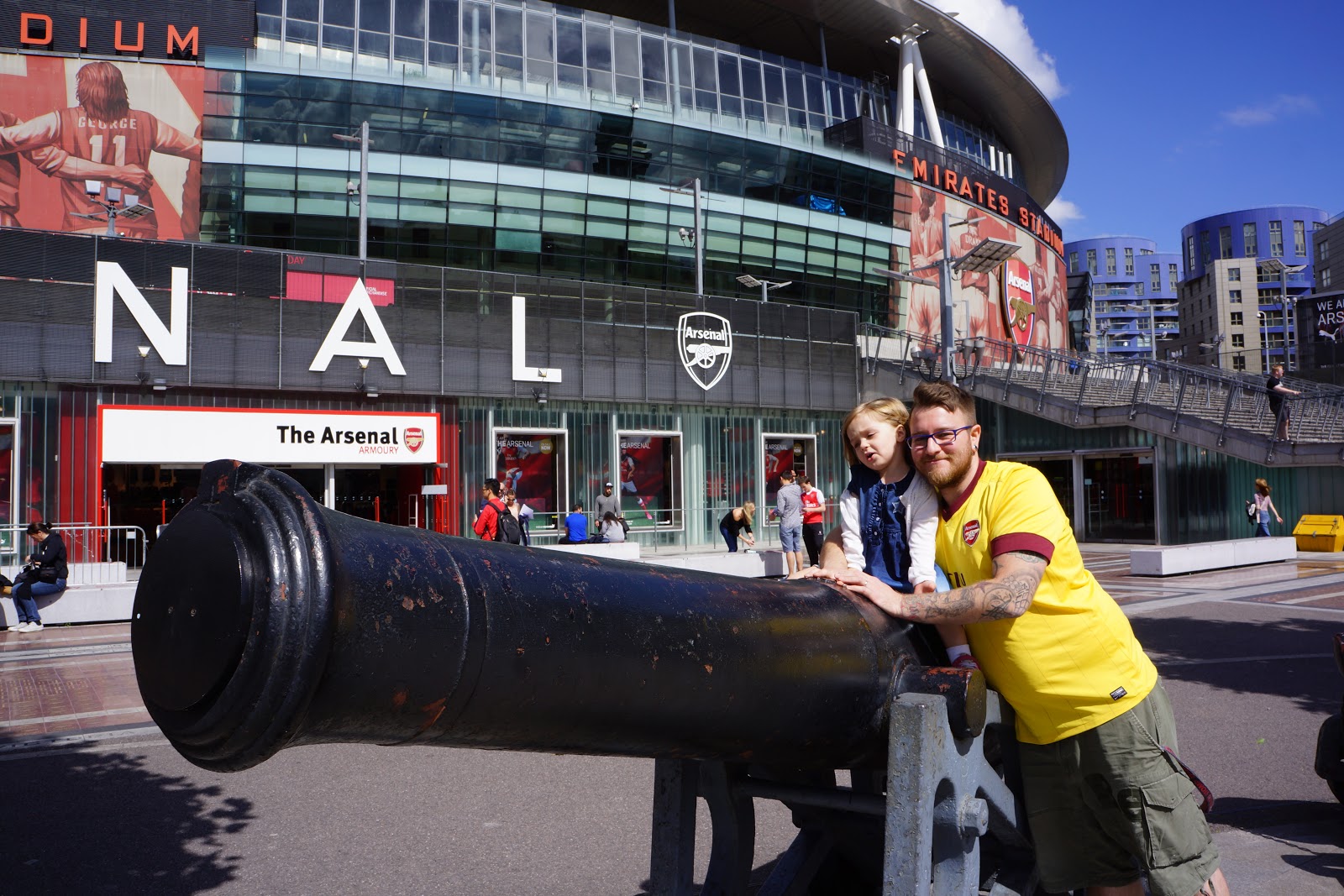 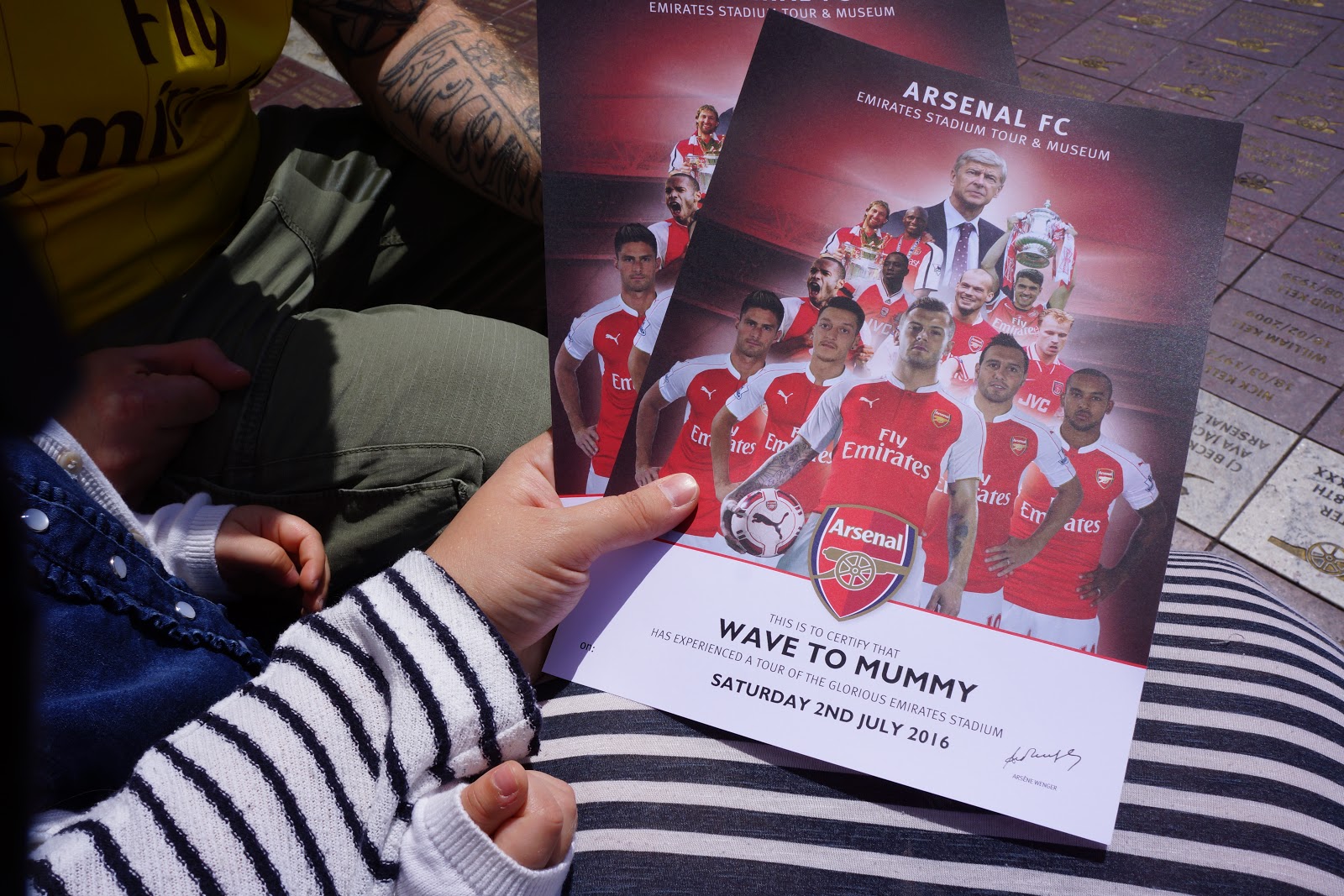 For families the only feasible tour is the self-guided tour (on non-match days) which we had, or a guided match day tour. If you are seeing the stadium with just adults, you could also book a Legends tour in which a former Arsenal player will show you around, which to be honest, sounds amazing. Maybe for another birthday...

We had the self-guided audio tour but due to minding our little madam couldn't really concentrate too much on the guide. Thankfully if you have a super-fan like my husband with you, they pretty much already know what is what and can tell you. So all in all, we enjoyed visiting Arsenal Stadium, and I would love to know if you are planning to visit or have visited it already! 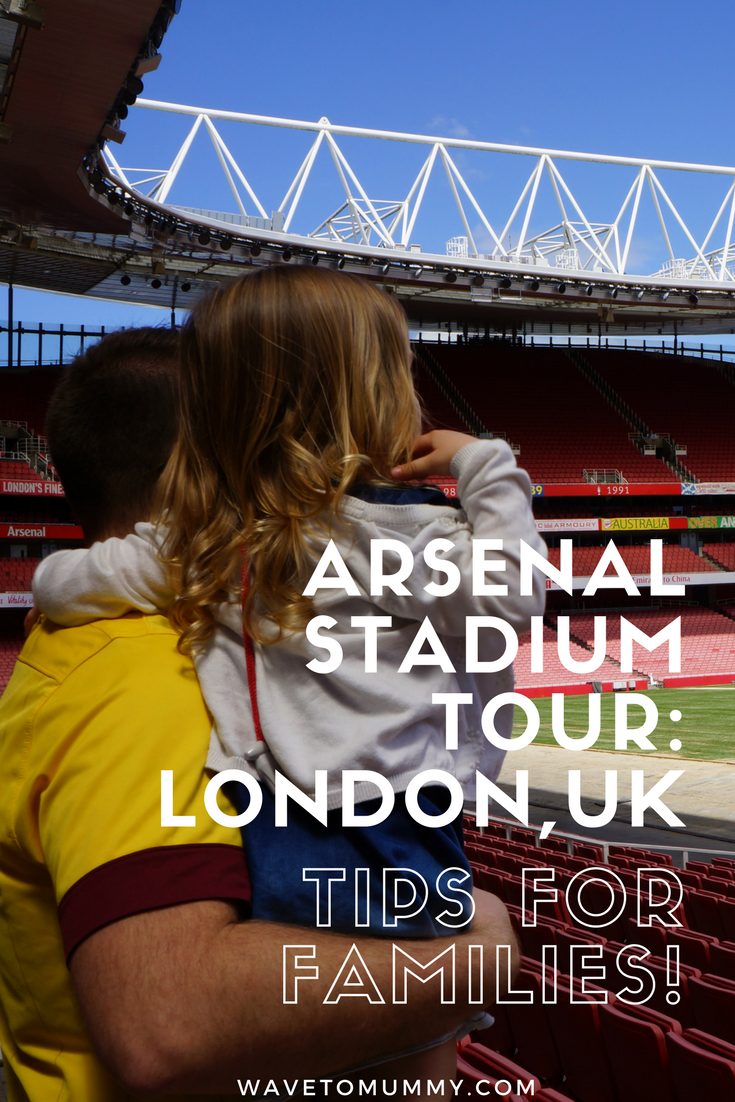 Have you ever visited Arsenal Stadium? How was it?


You might also like: A fun family day out at The O2 and 11 fun things to do in London with toddlers