Our day with the dinosaurs in London: Dinosaur World Live!

Last week we were invited to review the new/old show in town - Dinosaur World Live - which is running until 1st September 2019. A mix of stage show, puppetry, and audience interaction geared towards the kids. And my, don't the kids love it! The show is old in the sense that it is back again after a successful 2018 run - and new in the sense that this year it is located in a new area - Trobadour Wembley Park theatre. 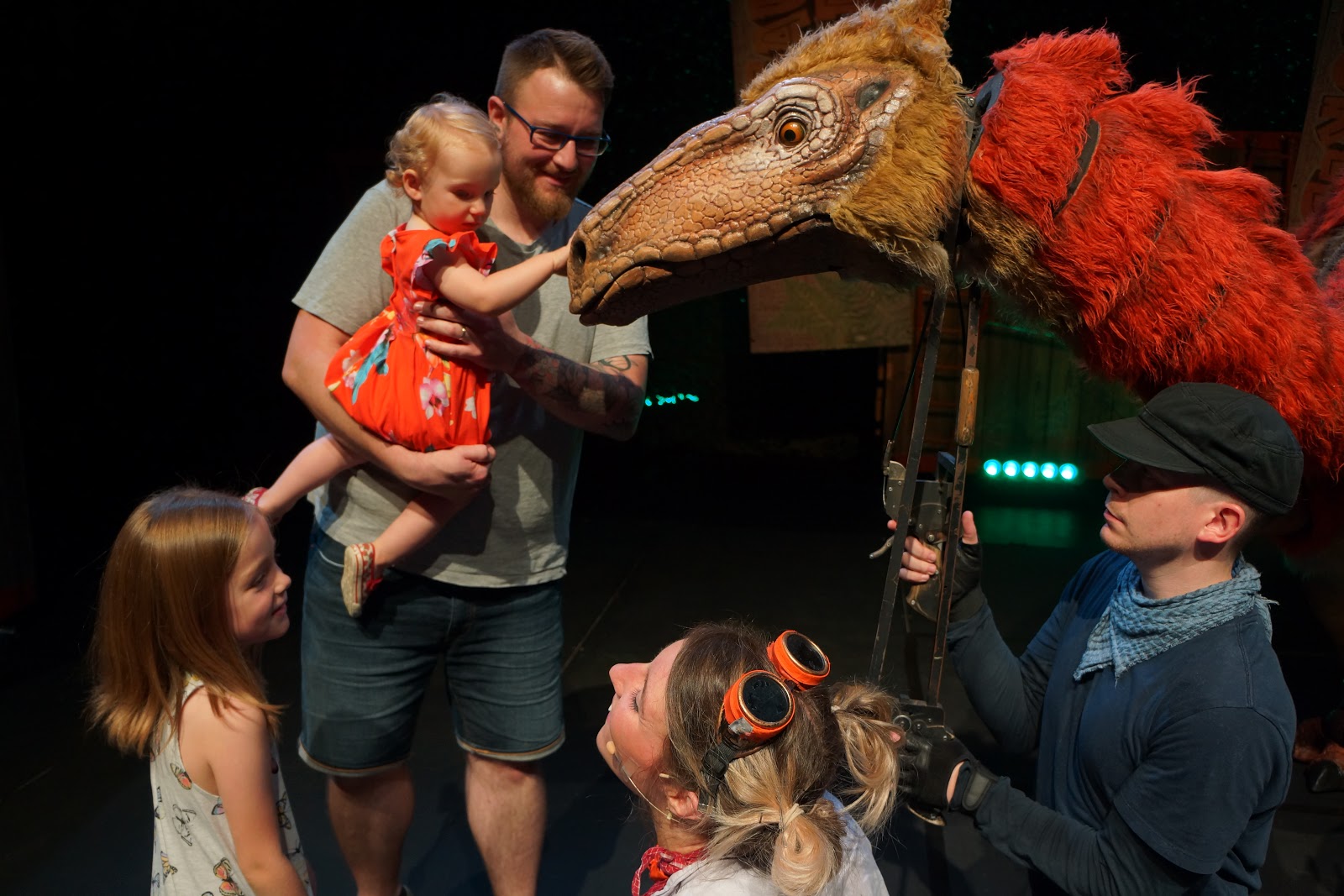 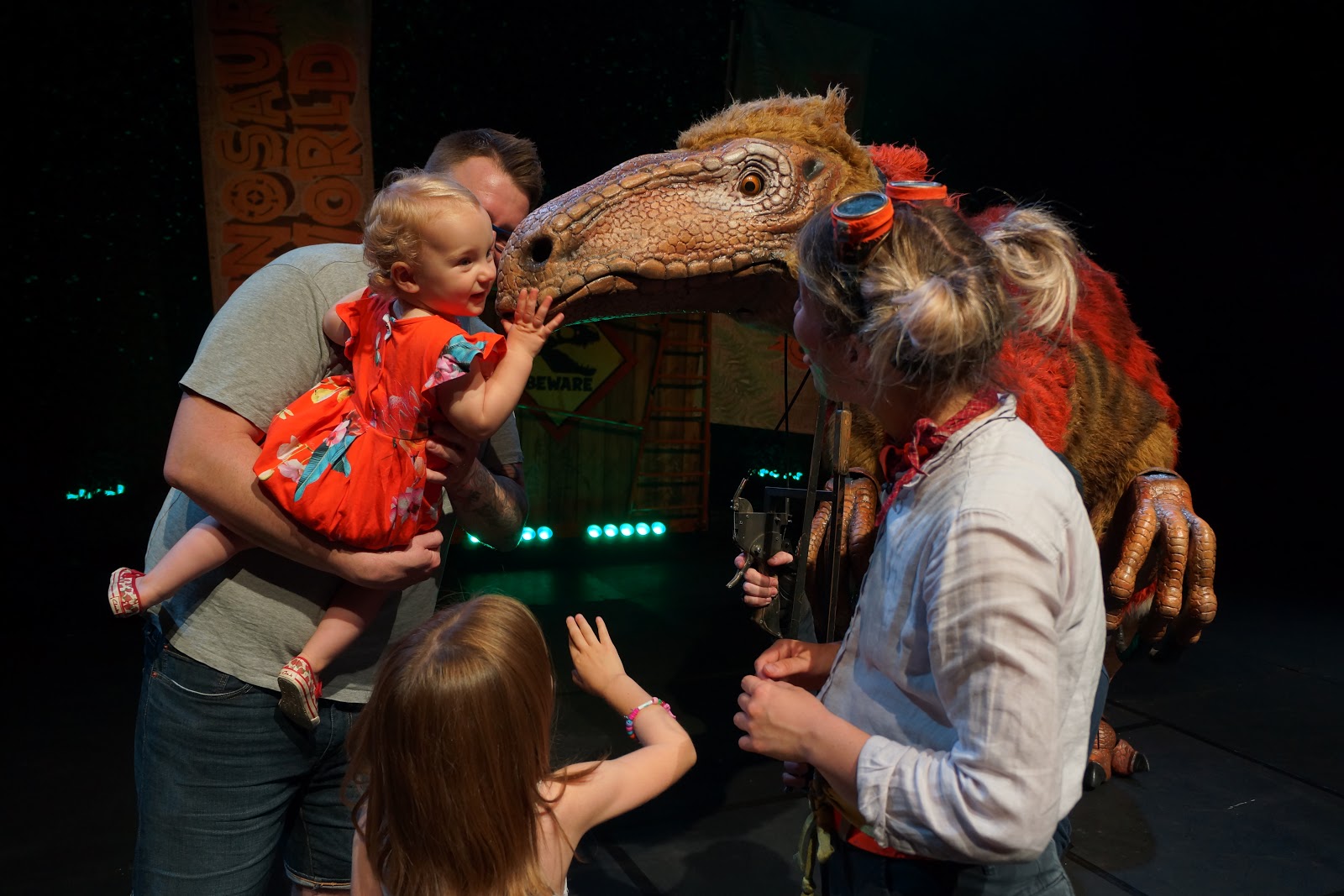 Our whole family attended the show - mum, dad, six year old and a toddler. It was a fun show. We got introduced to the dinosaurs by Miranda, an energetic and happy explorer, and got to see several of them, ranging from the well-known Triceratops and T-Rex to more obscure Segnosaurus.

The dinosaurs were fantastic, and it was incredibly interesting from an adult point of view to watch the interaction between the puppet and puppeteer, and how they moved. So skilful, both the puppeteers and the construction. My six year old didn't even notice the puppeteers, so deeply was she enthralled by the living, moving, and shrieking dinosaurs.

I also enjoyed how interactive the show was, and how the audience was drawn into the jokes. It was fun to participate by shouting and clapping and all and made the show particularly child-friendly. Few lucky kids were also invited to the stage to directly interact with a dinosaur. As for the story, there wasn't much of a story and the show was more of introducing one dinosaur after another, with a bit of information about the species, some jokes and then the presenter interacting with the puppet. It worked for the little kids, but I would suspect tweens and teens would find it boring. 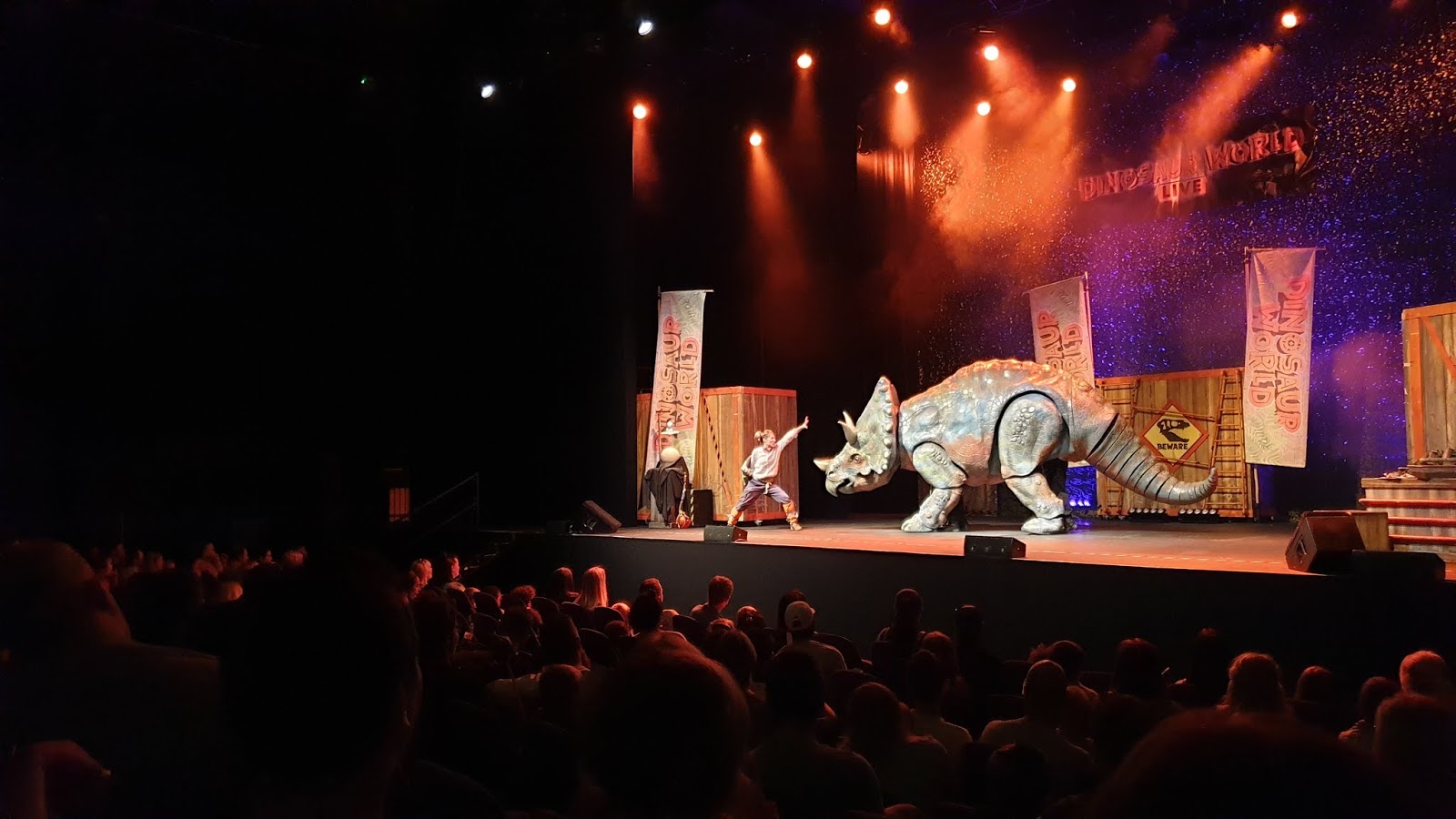 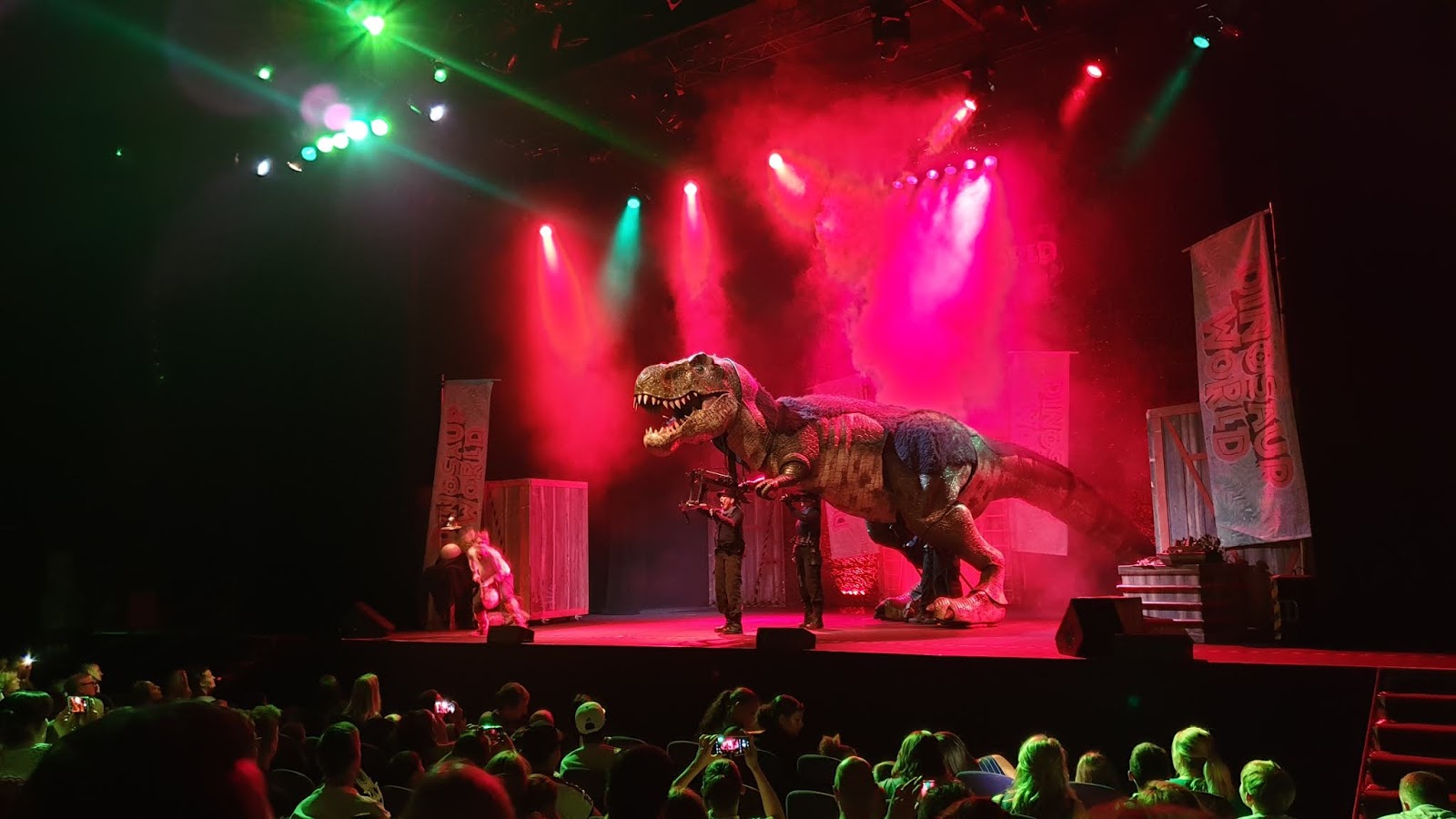 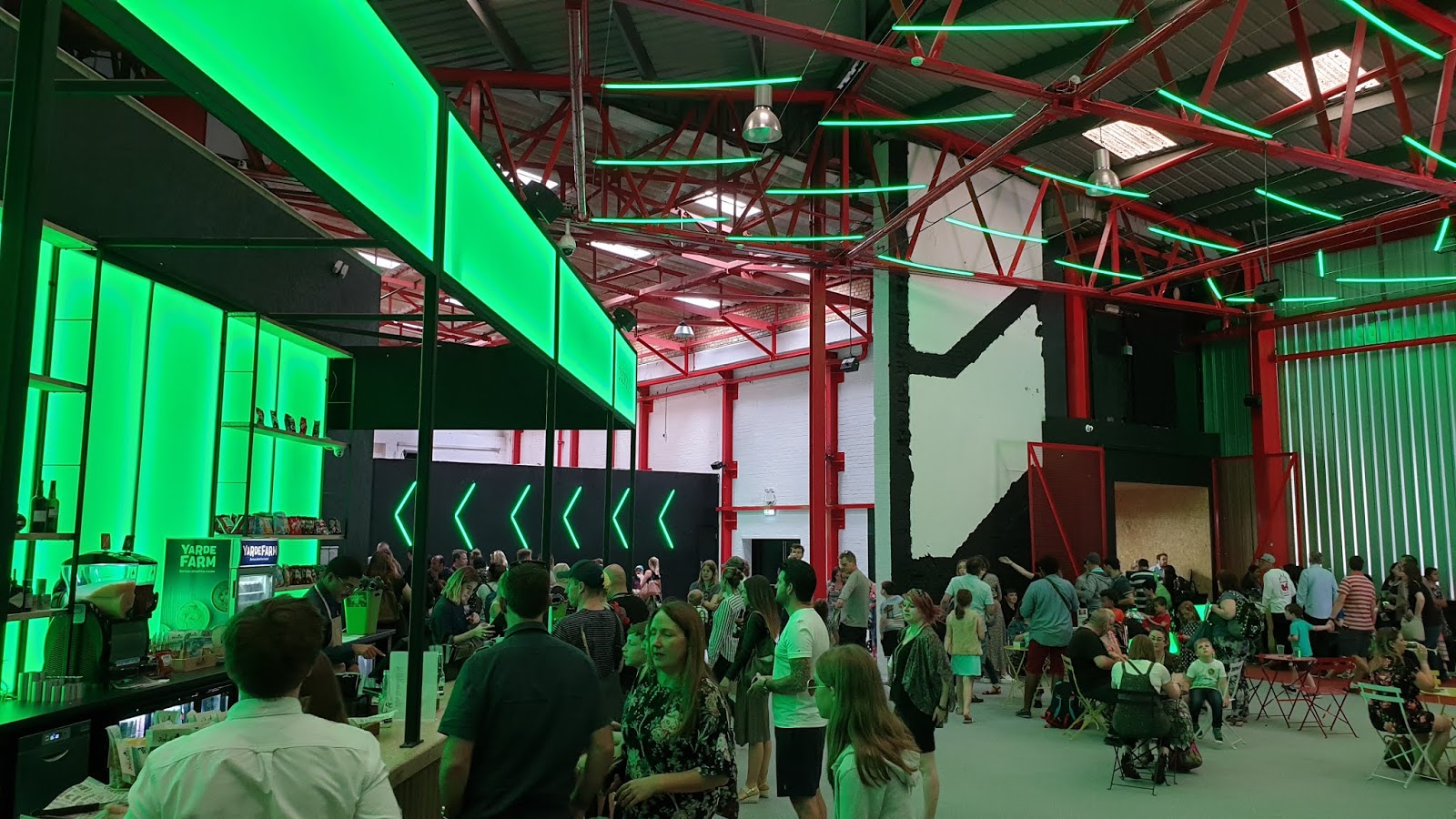 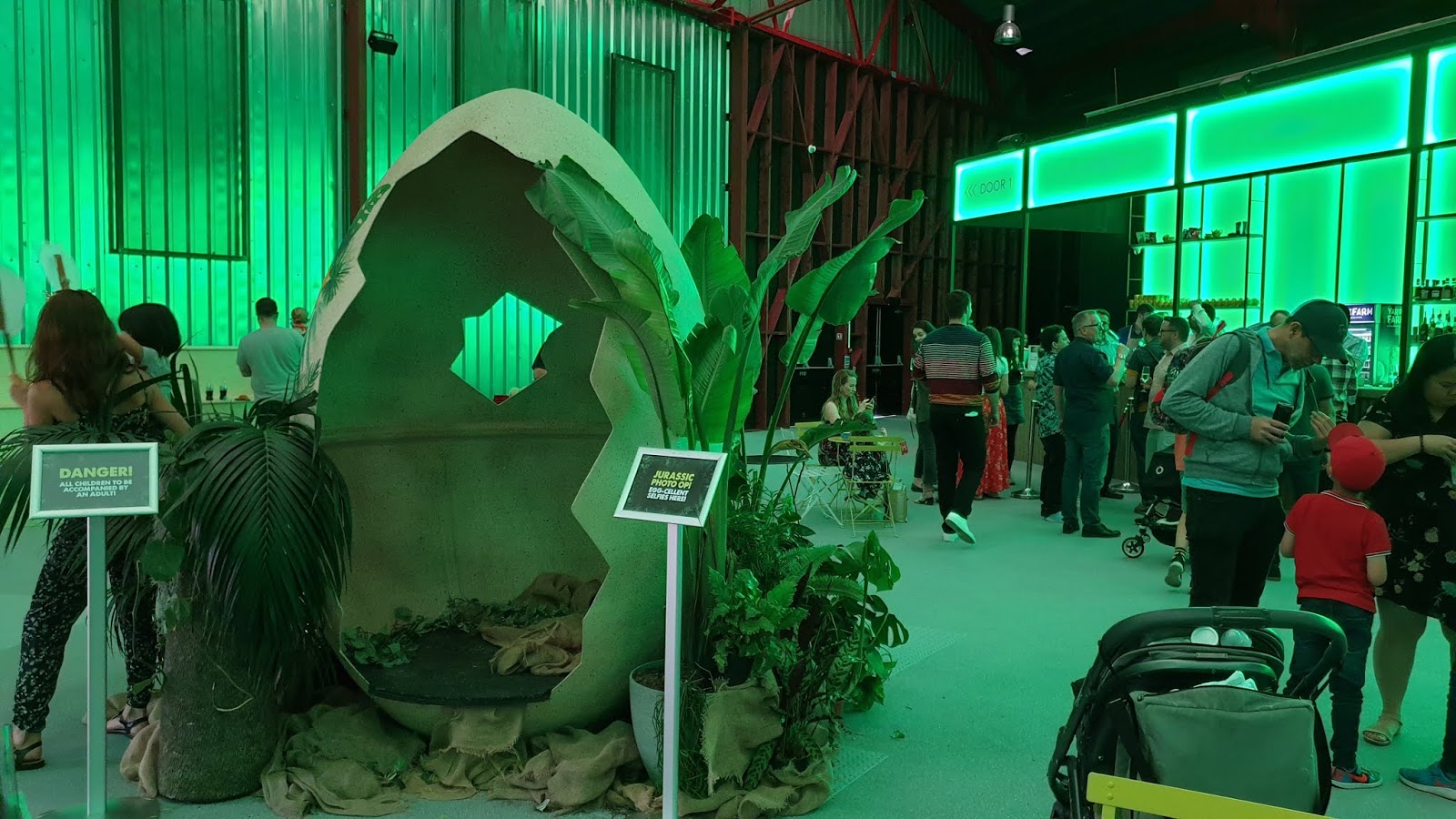 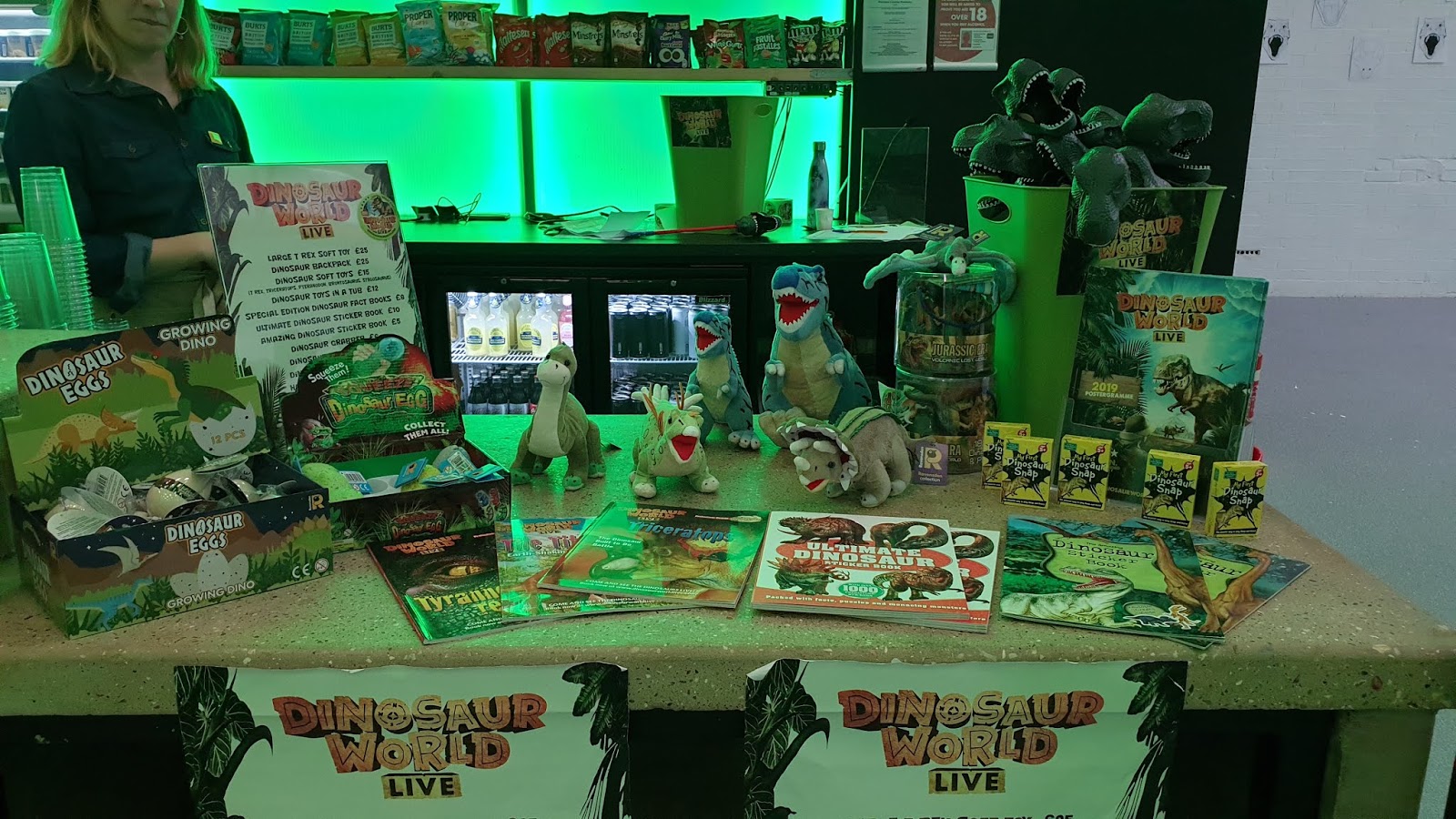 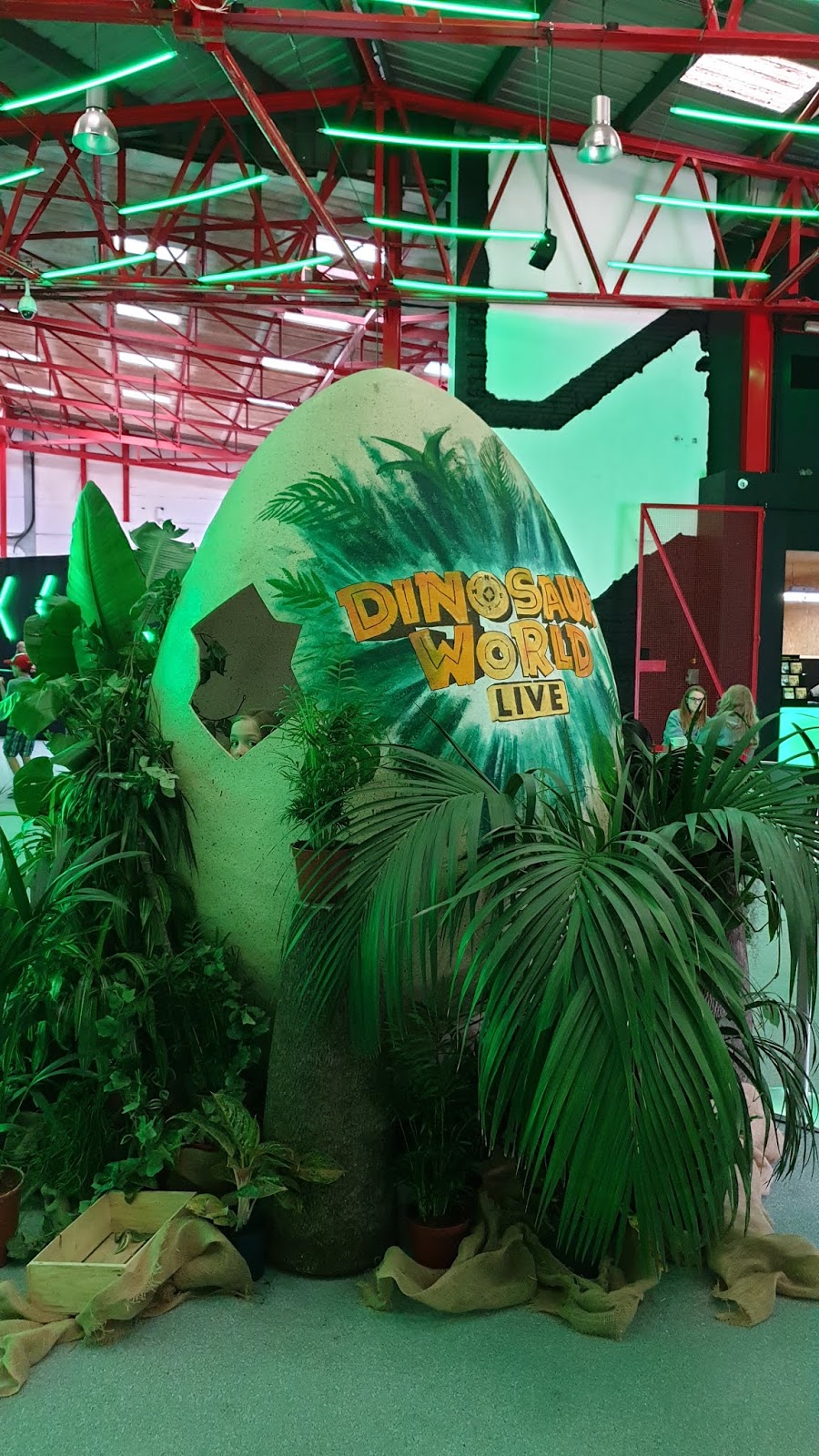 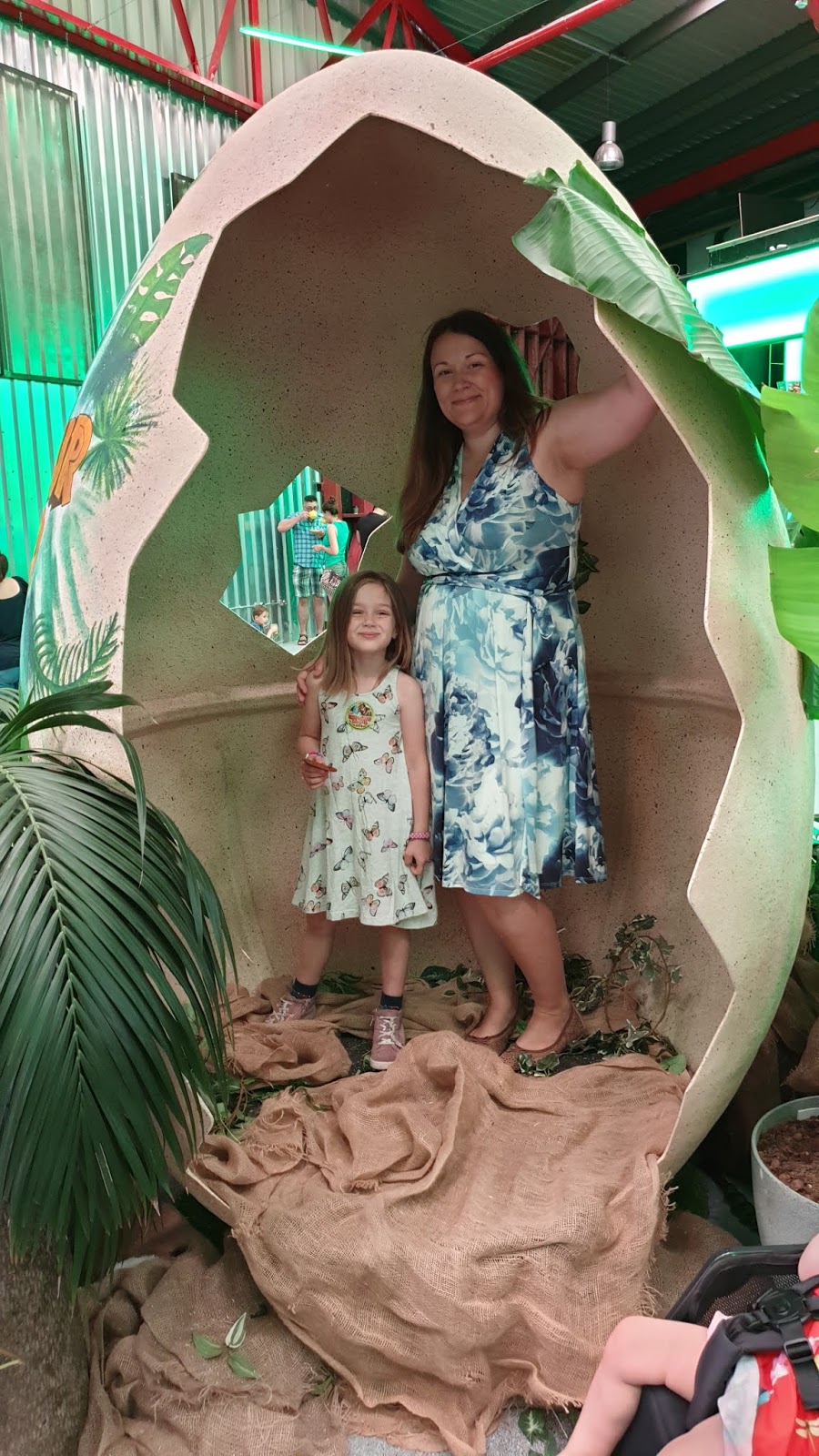 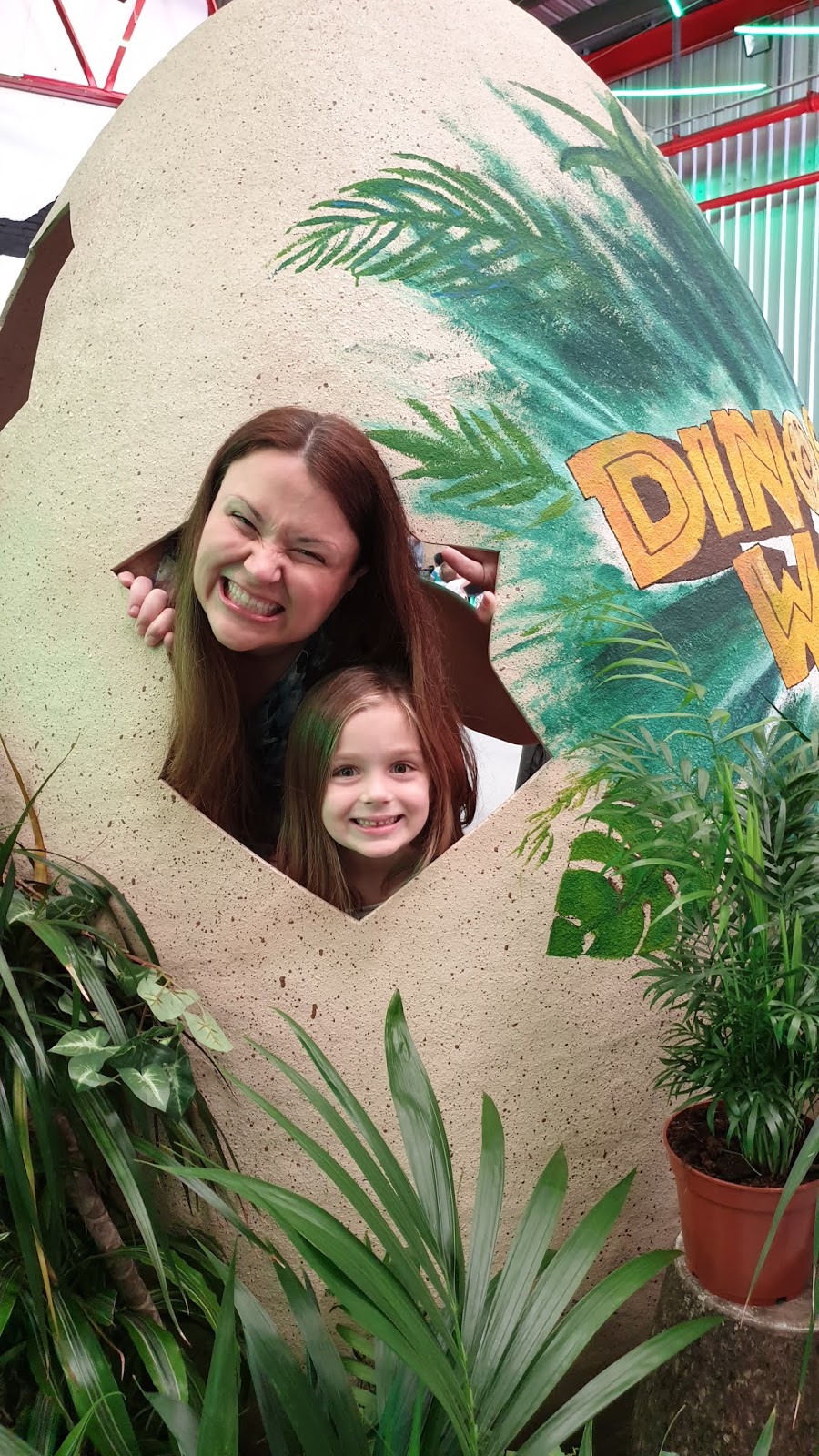 The age recommendation is 3+, but you can bring in younger ones too. My one year old was mesmerised by the puppets, and seemed to enjoy the show. Surprisingly for her age, she stayed mostly put and watched the stage with interest. My six year old, loved the show and the dinosaurs, and was excited how audience was drawn in to the story. There are a couple of somewhat scary dinosaurs that can scare the younger audience members, but overall, a fun experience for all ages. You get to meet and greet one or two dinosaurs after the show as well, so kids are bound to love that.

After the show, I would definitely encourage you to walk around Wembley Park area - it was surprisingly nice! It has gone over a serious regeneration effort, and there were many fun settings great for social media photos, a kids play park with climbing frames and slides, a great big outlet complex and another complex for small independent shops, restaurants, and a water fountain area kids loved playing in. 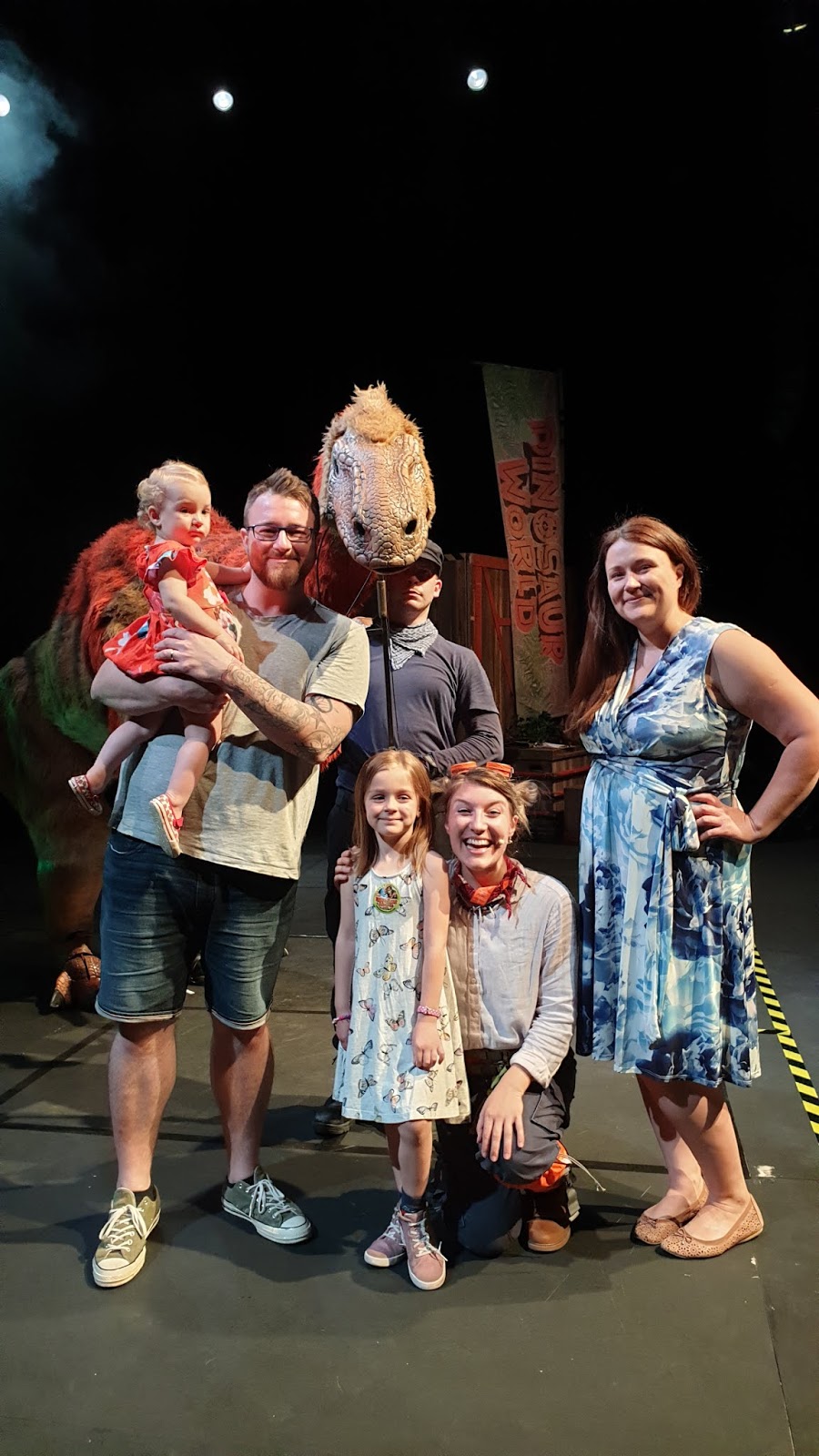 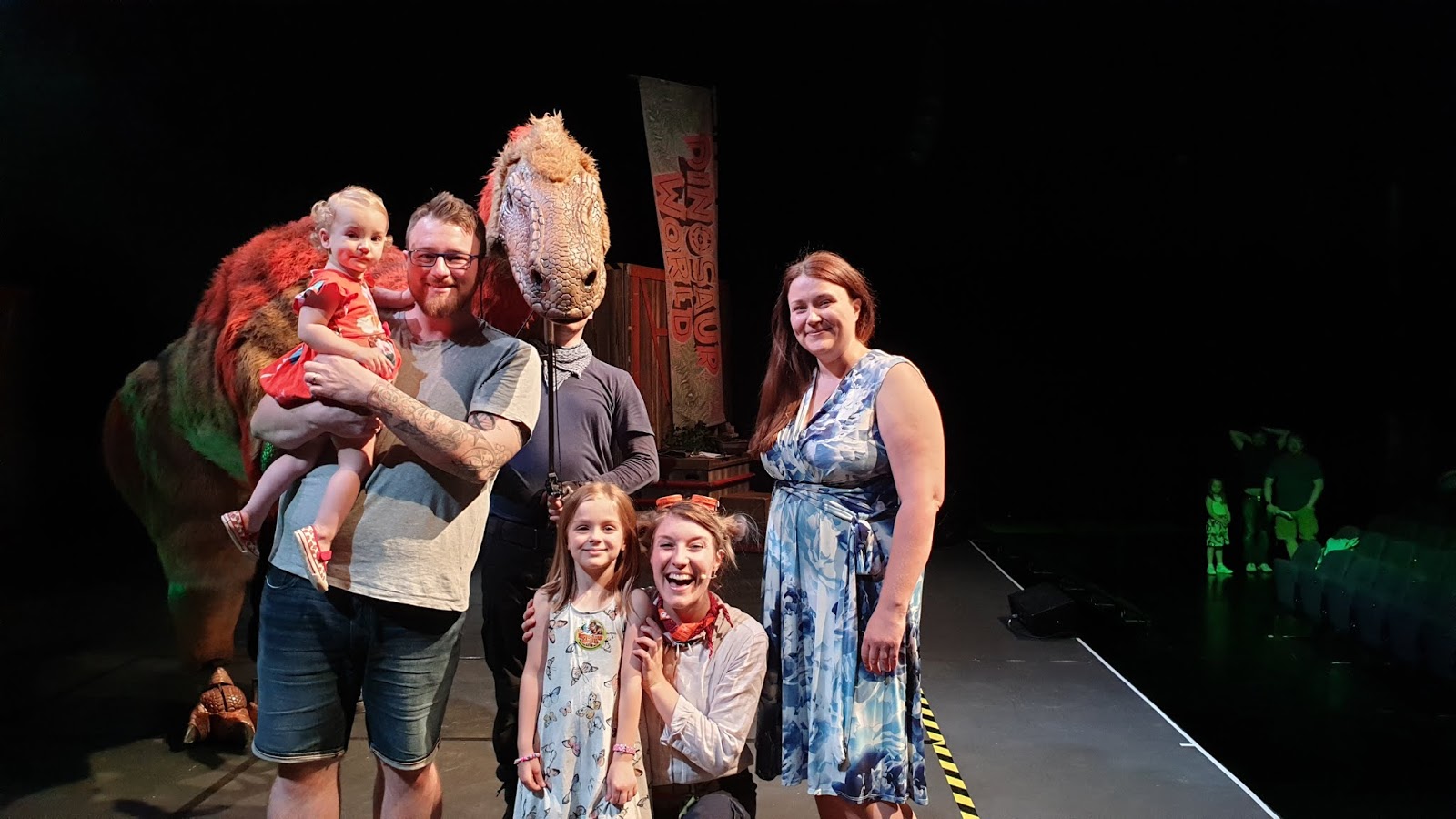 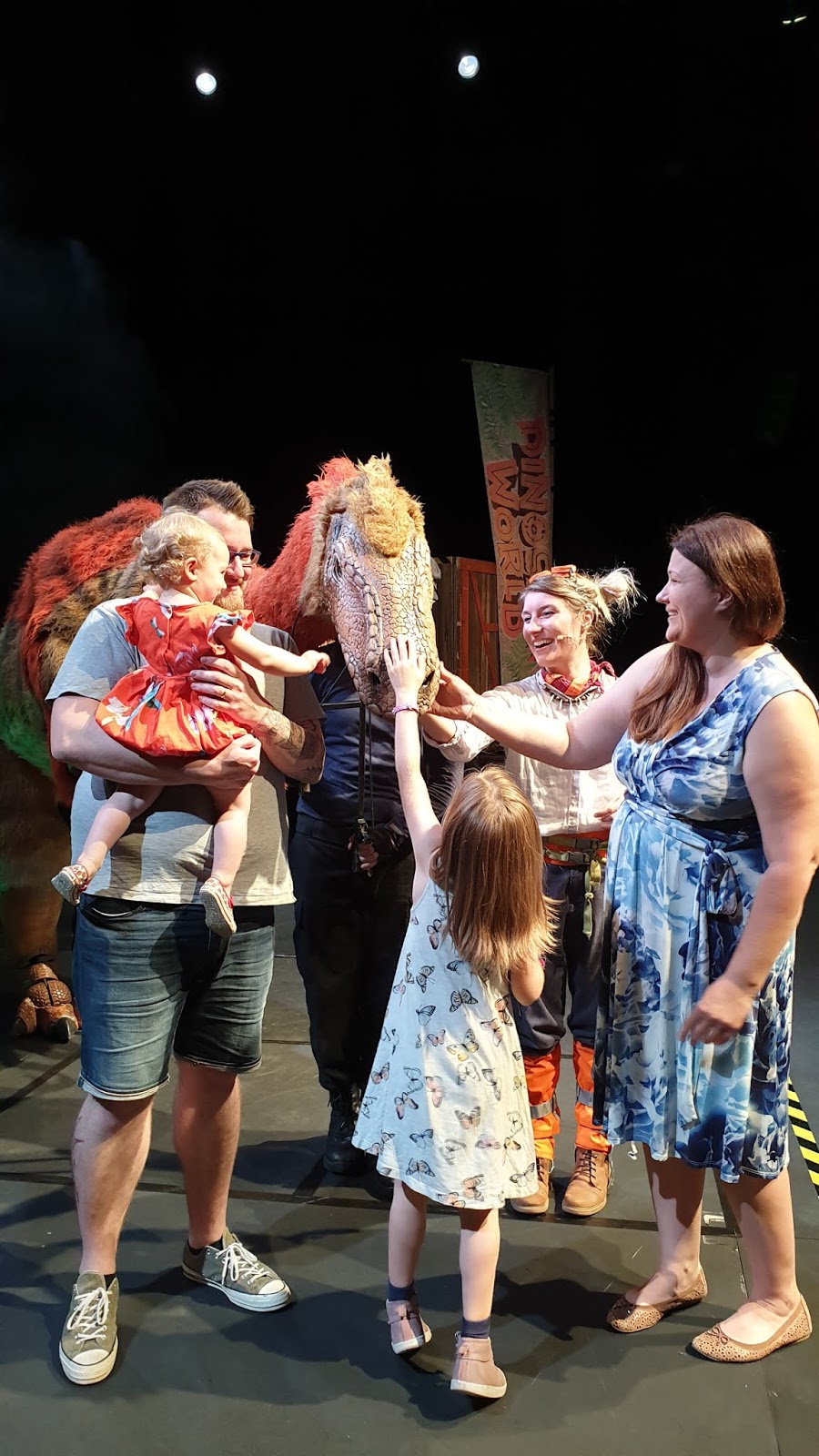 
You might also like: London with kids: top tips from locals and Our amazingly fun first visit to Zippos Circus!