Our review of The Very Hungry Caterpillar show

The Very Hungry Caterpillar show must be one of the best ways to get your young kids initiated into the world of theatre. Using puppets to explore the rhythmic classics from the well-known author and illustrator Eric Carle, young kids are loving the action.

We were invited to see The Very Hungry Caterpillar show in London, at the Trobadour White City Theatre for review purposes. The show will be there until 1st September, after which it will tour around UK. 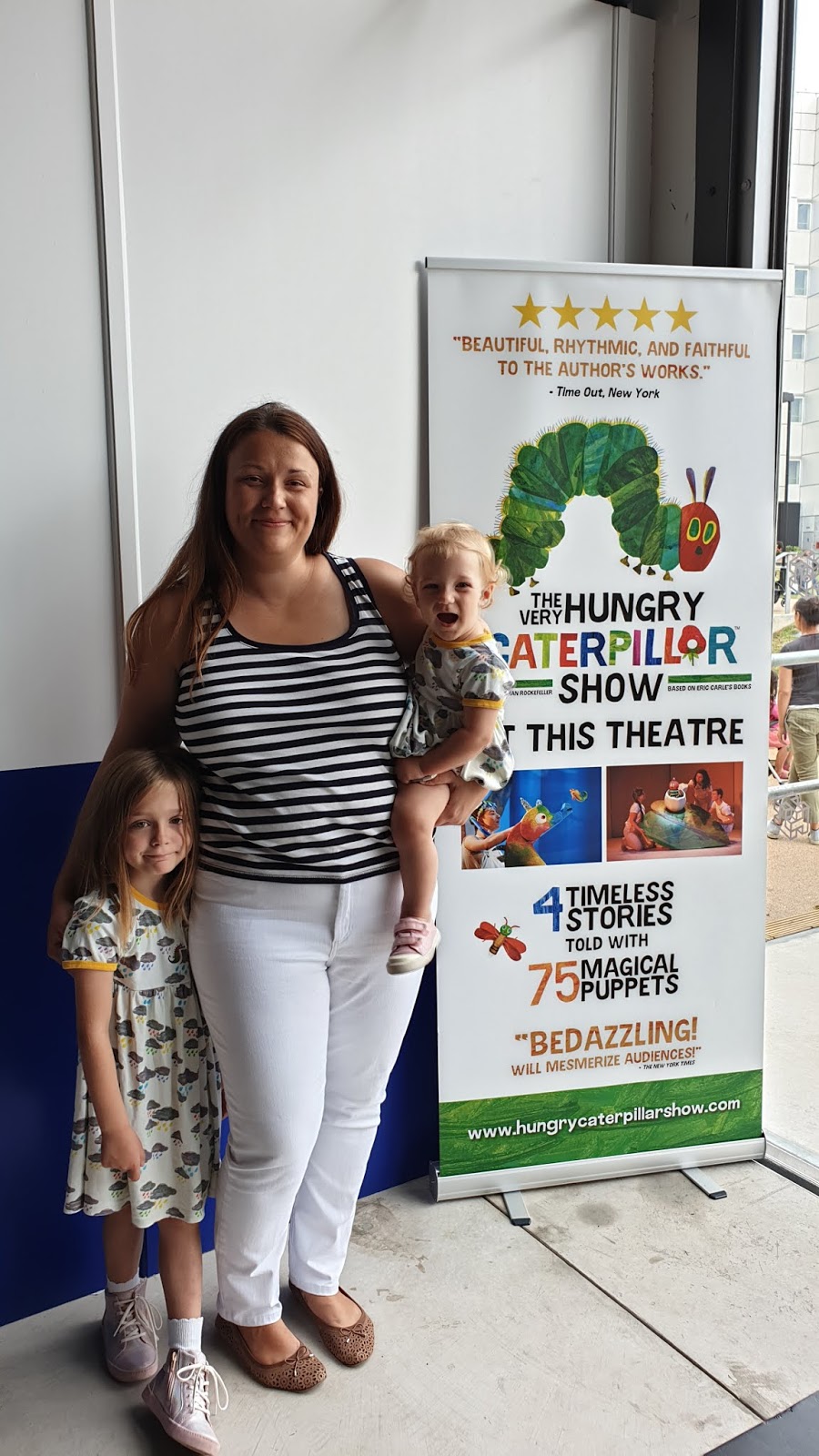 The Very Hungry Caterpillar Show ran through four Eric Carle books. In 2019 run they were Brown Bear, Brown Bear, The Very Lonely Firefly, 10 Little Rubber Ducks, and The Very Hungry Caterpillar. The stories presented may change occasionally, and in the past Mister Seahorse and The Artist Who Painted a Blue Horse have also been treated to theatre magic.

The show was very child-friendly, and unsurprisingly due to the very young audience, it was occasionally quite noisy with the occasional cry. It was a relaxed kids-oriented show, so you didn't have to feel bad if your child was a bit unruly or acted, well, like children do!

The children were mostly mesmerised by the stage, and loved the rhythmic telling of the stories. By the time we got to the all-time favourite caterpillar story, the audience joined in and some little ones could not contain their excitement and shouted out the lines when the puppeteers weren't quite as quick with the lines as they'd like. 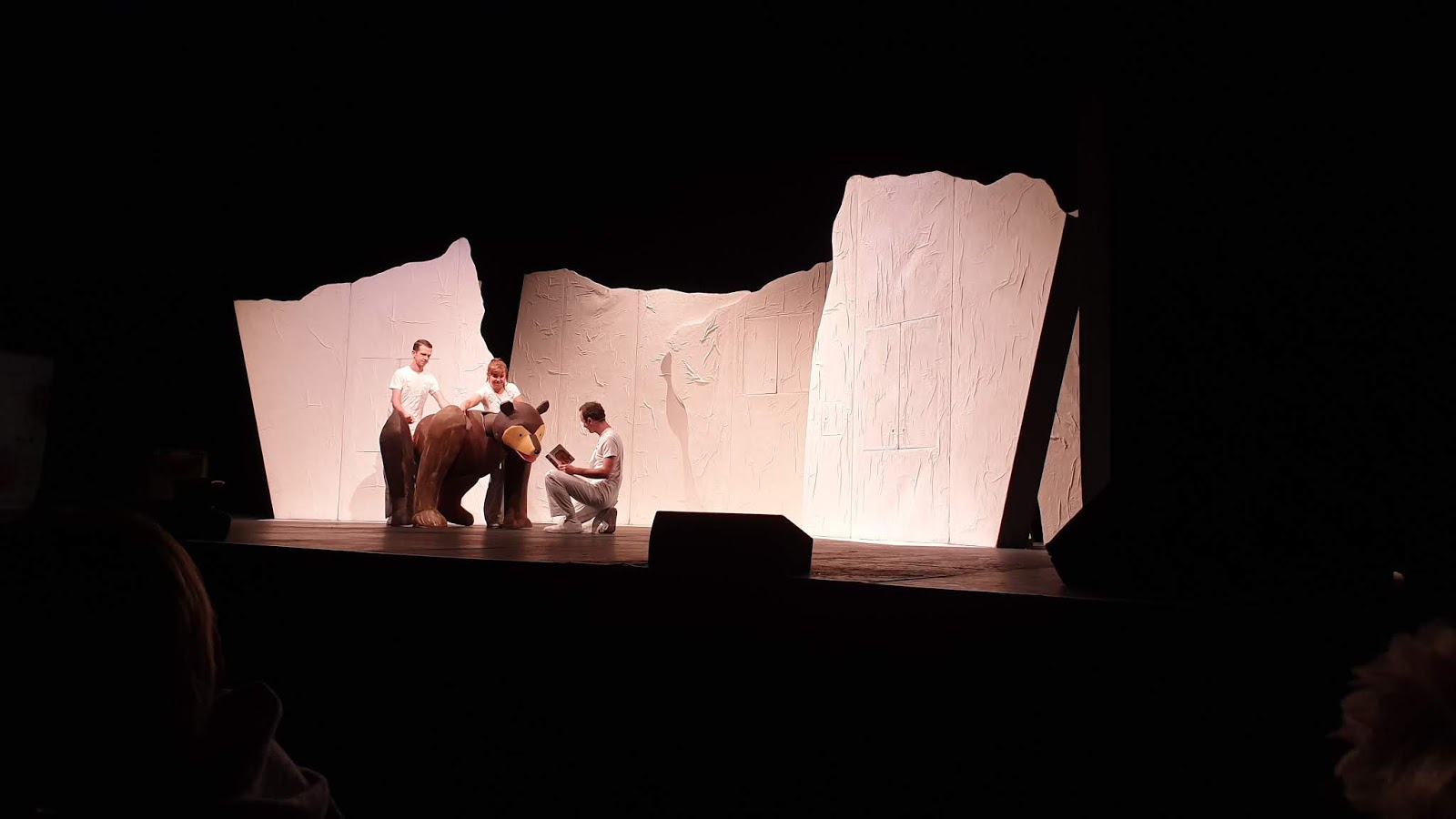 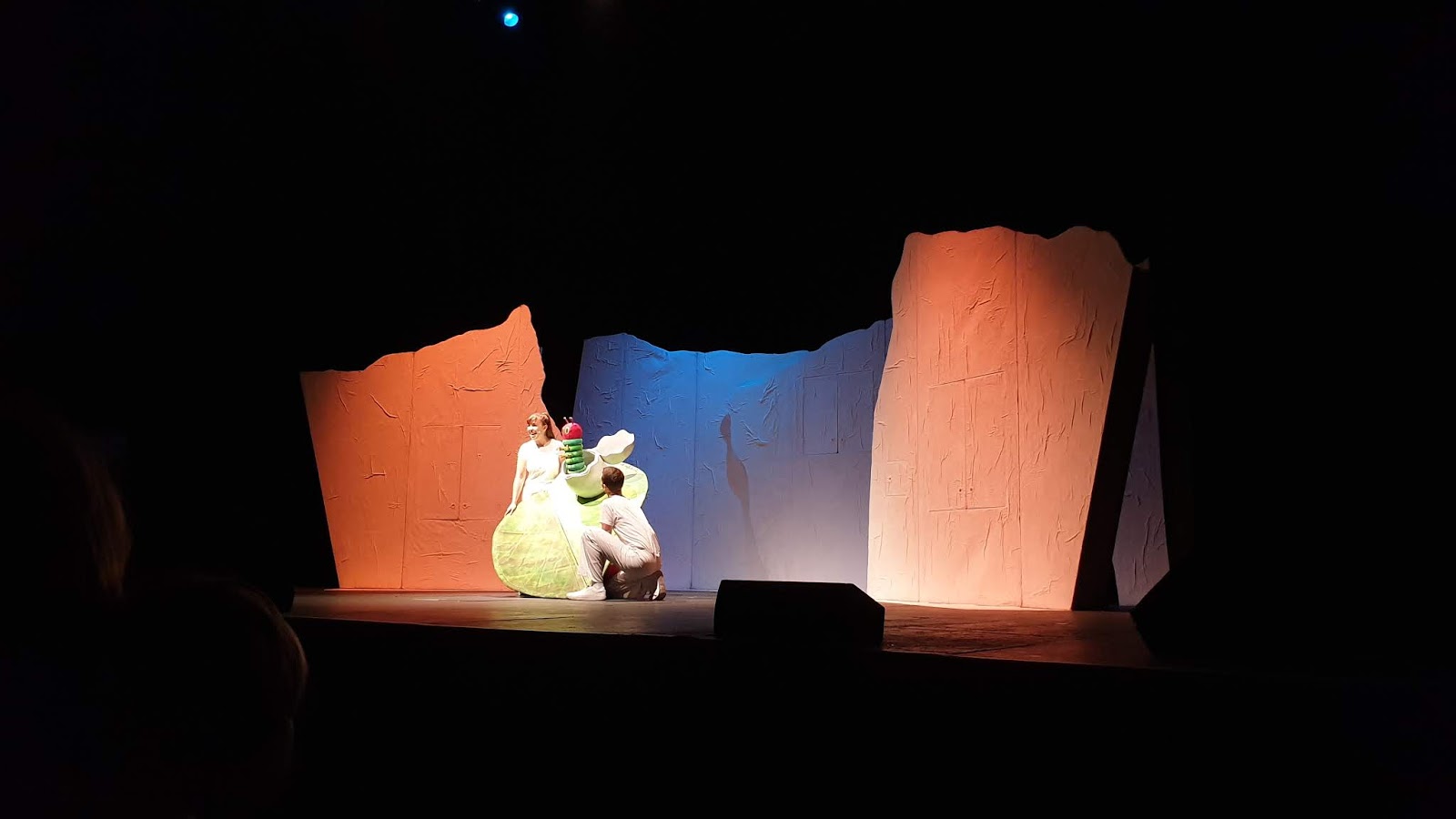 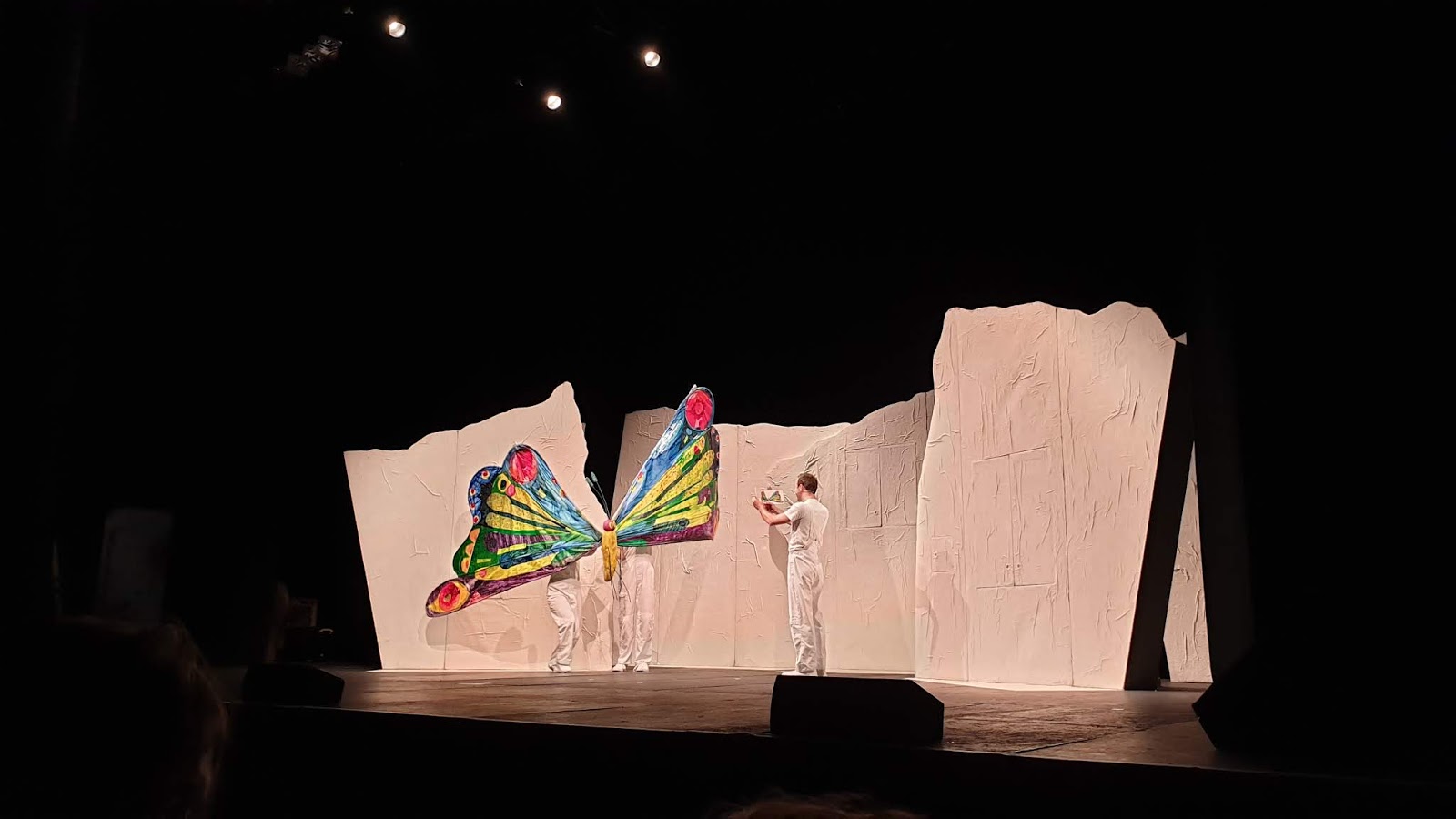 The show was beautiful, and I enjoyed seeing how true to the books the puppet characters and the stage were. I had with me a one year old and a six year old, who both thoroughly enjoyed the show. The one year old was mesmerised by the stage, and stayed quiet and watching intently most of the one hour show. I was a bit worried my six year old would find it too babyish and slow for her, but in fact, she was excited and loved repeating the lines along with the puppeteers.

It would have been nice if there had been a chance to have a closer look at the puppets in the foyer after the show, although I can appreciate it might be difficult to organise with so many young children around. It would also have been good if there had been any small activities like crafting for kids to do while waiting for the show. The theatre is situated next to a big grassy area though so in good weather kids can run around a bit if you get there early. 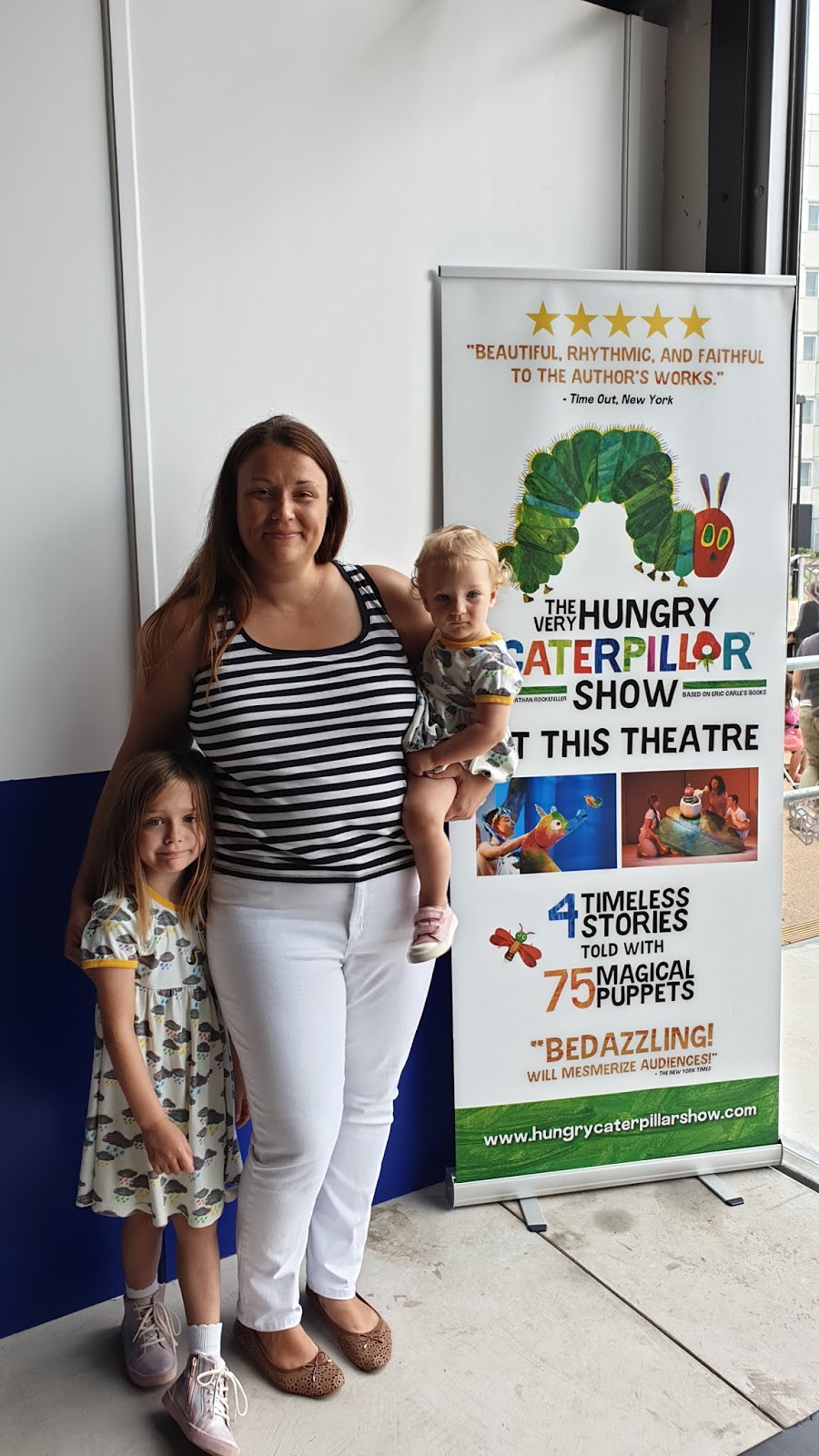 All in all, we had a great time. The one hour show was perfect for young kids with the recommended age is 1+ (under 18 month olds can enter as babes in arms). The theatre is also very close to Westfield shopping centre, so perfect if you want to go shopping or have a meal after the show.


You might also like: Our day with the dinosaurs in London: Dinosaur World Live and Our amazingly fun first visit to Zippos Circus