I visited to see Tom, Dick and Harry at Alexandra Palace Theatre. This story, based on real life events of World War II was a real delight to watch. In March 1944, 76 prisoners of war escaped from the maximum security prison camp Stalag Luft III. For a year over 600 prisoners of war, led by an Air Force Pilot Roger Bushell, constructed three escape tunnels, named Tom, Dick and Harry. The story has also famously been told in the 1963 film The Greatest Escape. 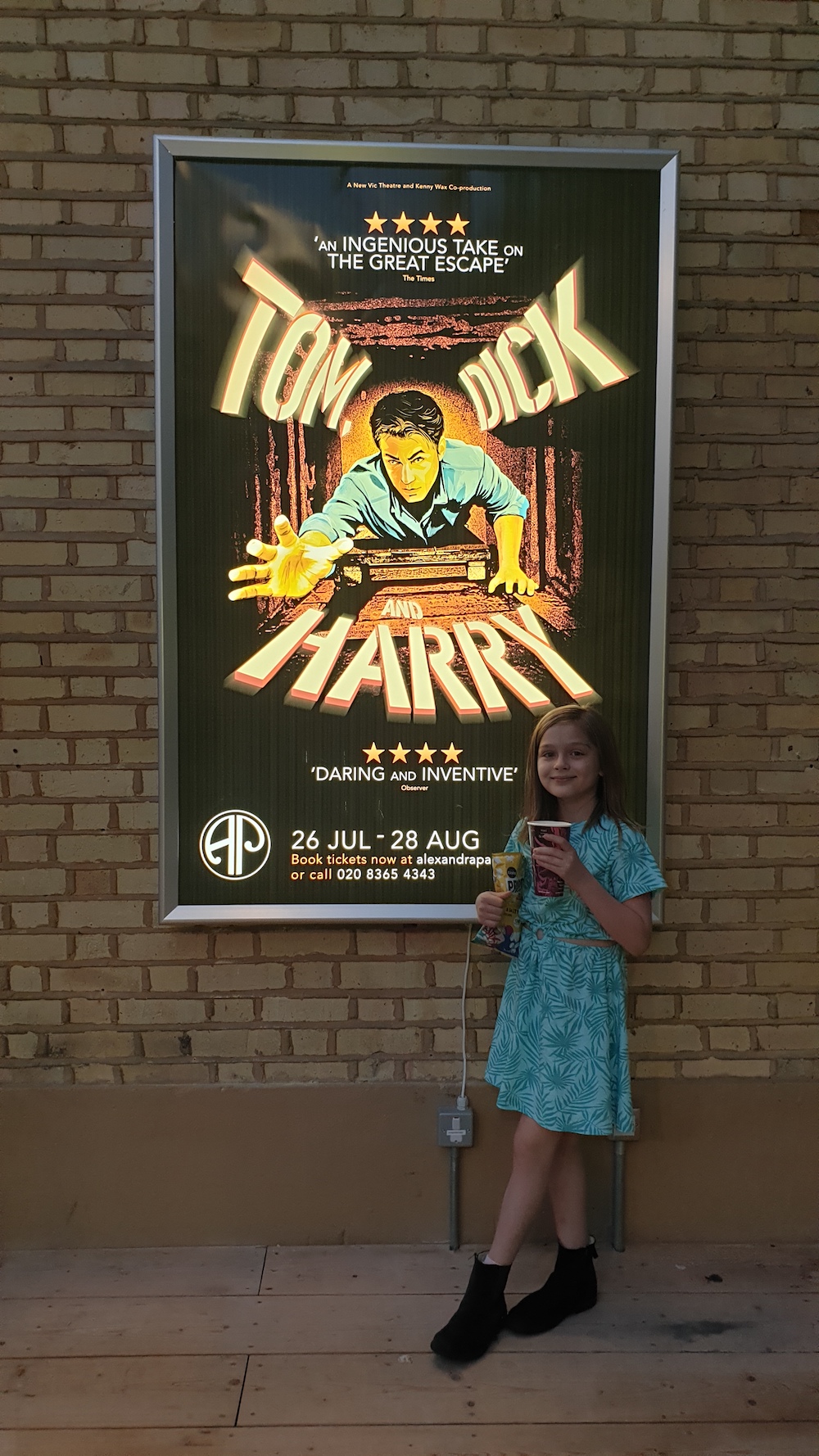 This theatre show uses since declassified information to construct a story of how it all happened and all the ingenious ways the prisoners of war constructed the escape tunnels, how they created fake documents, manufactured clothes and planned the steps.
Through short spotlights, you are reminded  that all these men had lives before the war.  Through shared personal stories you are reminded of the camaraderie that developed these men of various cultures and backgrounds. And through a raffle you are reminded of the random element in winning a ticket to escape - 200 men of 600 were chosen to attempt the escape, and just 76 managed to make it through the tunnels. Just 23 of them avoided the summary executions when re-captured, and only three successfully escaped to freedom.
There is as much of humour and laughter in the show as there are poignant moments. There is many jokey moments, with the Christmas show being one, and many more sinister and darker moments, peppered throughout, and as the show reaches its intensive finale.
The stage-set work well, with the stage in Alexandra Palace surrounded by the audience at all sides. This works surprisingly well, and while you may have different vantage points, the actors move and project around the stage so all seating areas feel drawn to the action.
I thoroughly enjoyed it. Great show, there was humour, but the true reality of the horrors all these men had to endure was not forgotten.
Age recommendation: 8+ years old. My 9 year old enjoyed Tom, Dick and Harry - it had enough slapstick humour to entertain her, and enough of interesting trivia to keep her listening. Kids also go half price with an adult, so great to take your kids to this!
Have you been to see this?