What was the open-air theatre at Kew Gardens like? The Jungle Book review

I had no idea you could visit Kew Gardens and also see a theatre show. I love the idea really - you get to see theatre in the open-air and also visit the Kew Gardens, as your tickets include entrance. There are two shows, an evening one for adults (Shakespeare's Twelfth Night) and a daytime one for families (Kipling's The Jungle Book). I went to see The Jungle Book with my two kids, four and nine years old so I will give their perspectives too. 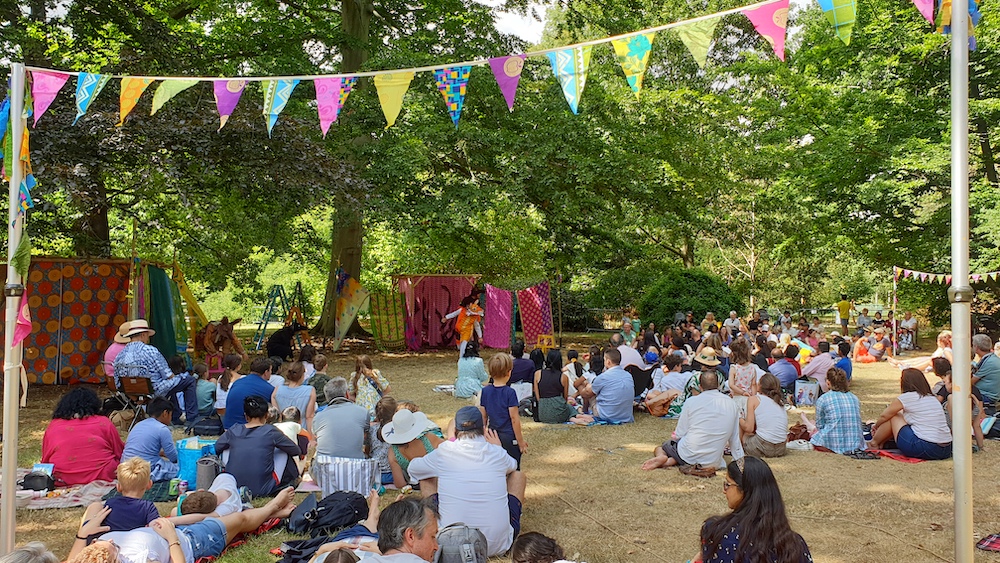 The Jungle Book at Kew Gardens

This show is inspired by Rudyard Kipling's Mowgli stories. The characters are of course quite familiar but if you think they will be like from the Disney animation, you'll be surprised by many twists! For example, in the original book Kaa the python was one of Mowgli's best friends, and in Theatre on Kew The Jungle Book, Kaa is wise and kind to the child too.
The adaptation is by Andrew S Walsh, and music and lyrics by Guy Holden, and directed by Shane Dempsey. Theatre on Kew is brought to you by Sixteenfeet Productions, that have been holding outdoors theatre in London parks since 2008. This adaptation will run in Kew Gardens until 21st August, and then at Wakehurst until 30th August 2022.

Review of The Jungle Book adaptation by Theatre on Kew

The actors were delightful, and brought the story to live brilliantly. I also loved the musical elements in this theatre show, with actors singing and dancing and playing many many instruments. Incredibly talented, and I spotted guitars, drums, accordion, saxophone, trumpets, clarinets and so on... It was energetic, and I loved the actors positivity and boundless energy. It was quite fun to see open-air theatre too, sitting amongst the trees, feeling like part of nature - so fitting for The Jungle Book!

The location and organisation

Unfortunately the play suffered from a poor location. Kew Gardens suffers from some amount of noise pollution from the planes overhead. I don't really understand the choice of the location - Tulip Tree Avenue, somewhere in between the car park and the Lake Crossing, seemed to be right underneath the flight path. This drowned out the spoken word and the music, and was very distracting. A quieter and similarly a bit more distant location could be found for example by Kew Palace. Or then - maybe invest in a good sound system and try drown out the aeroplane noise.
Organisation of the event was good and we were quickly helped inside the ticketed area, but there were some things I think should be ironed out. Most people brought picnic blankets and sat on the ground. Camping chairs of course are much more comfortable and some people will need them. But inexplicably, some people plonked their chairs right in the middle and front, making it difficult to find a seating place where you could see the play. Perhaps chairs should have a reserved area at the back?
The seating area was surrounded by trees, but unfortunately they didn't provide much shade - perhaps because of the way the stage was placed. Repositioning the stage and seating areas, and/or providing some sails or gazebo-type structures would help.

My kids both enjoyed the show. My nine year old, the lady with many choice words said "Really good", and my four year old, agreed. My four year old was particularly taken by the interaction from Kaa towards her, and tried multiple times to grab Kaa's tail in delight...
Overall, I would say an age recommendation of around six years old seems right. There were plenty of young guests, even toddlers in the audience that seemed to enjoy it, but I did find that my four year old was moving around a lot. It was a good thing that the play felt quite informal and relaxed, as I was able to walk with her a bit to give her movement breaks.

Overall review of Kew on Theatre

I enjoyed the play - I think it was great work, and a wonderful adaptation with music and movement and a great recognisable story. Sitting outdoors was magical, and of course, Kew Gardens (or Wakehurst) are beautiful places to visit either before or after the theatre.  Unfortunately the airplane noise was very distracting, and made it difficult to follow the play at times, so volume should either be turned up, or the area re-located. You can read more about the plays available and book tickets here, on Theatre on Kew site! 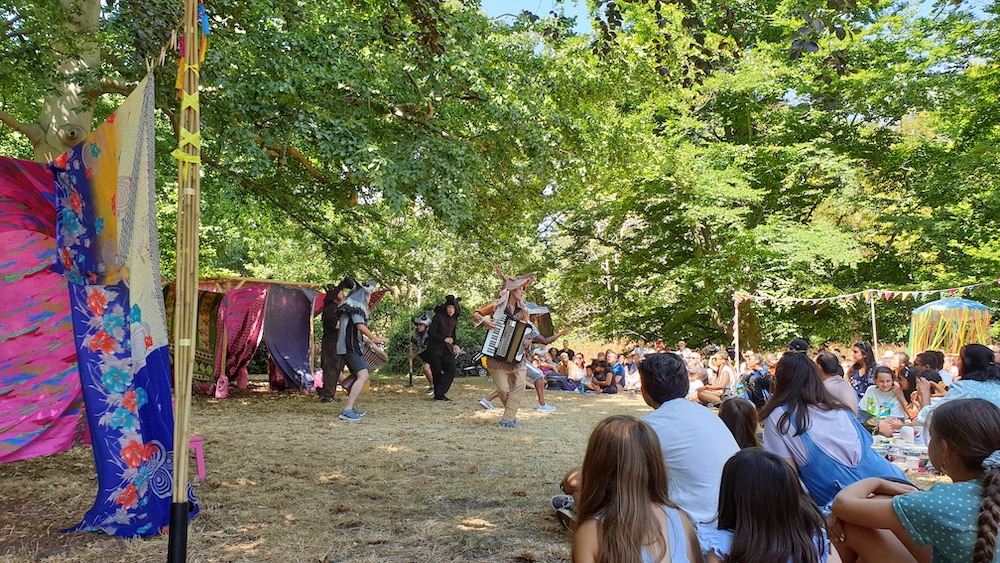