Our Sunday at the farm 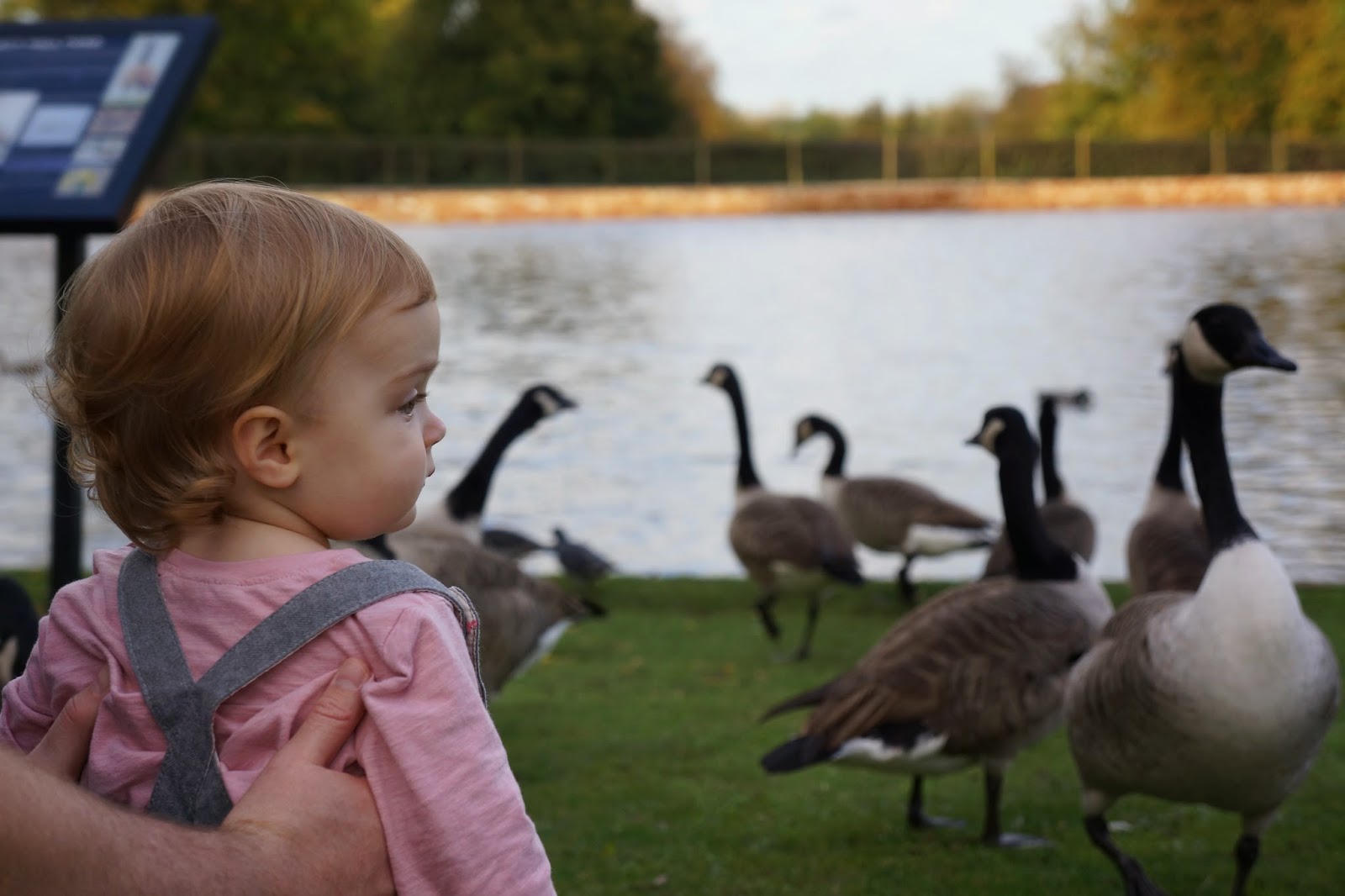 There is a manor house near to us, and they quite often have different events going on. Last Sunday they were celebrating the National Apple Day at their farm and we went to have a look at all the things on offer. 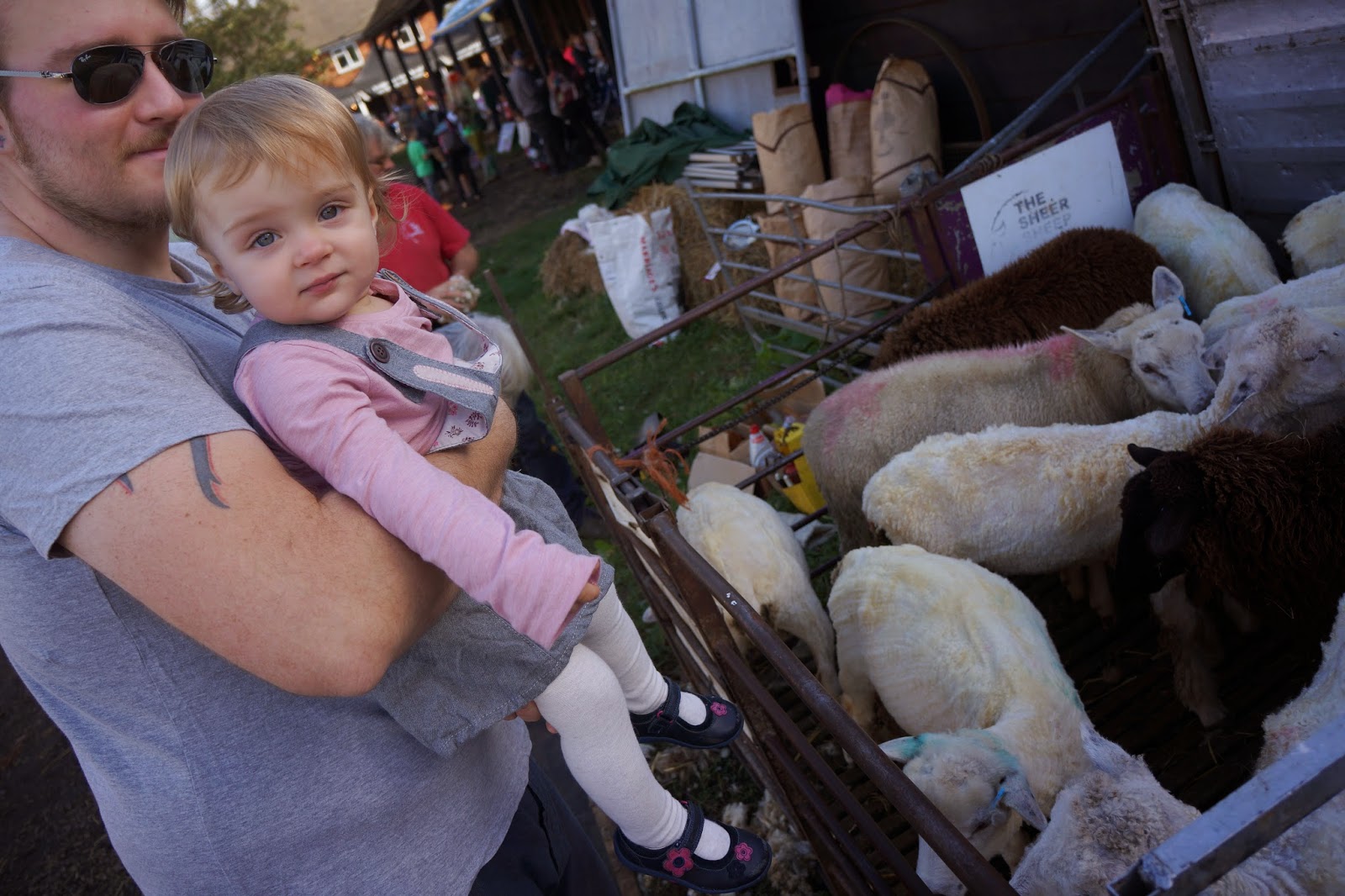 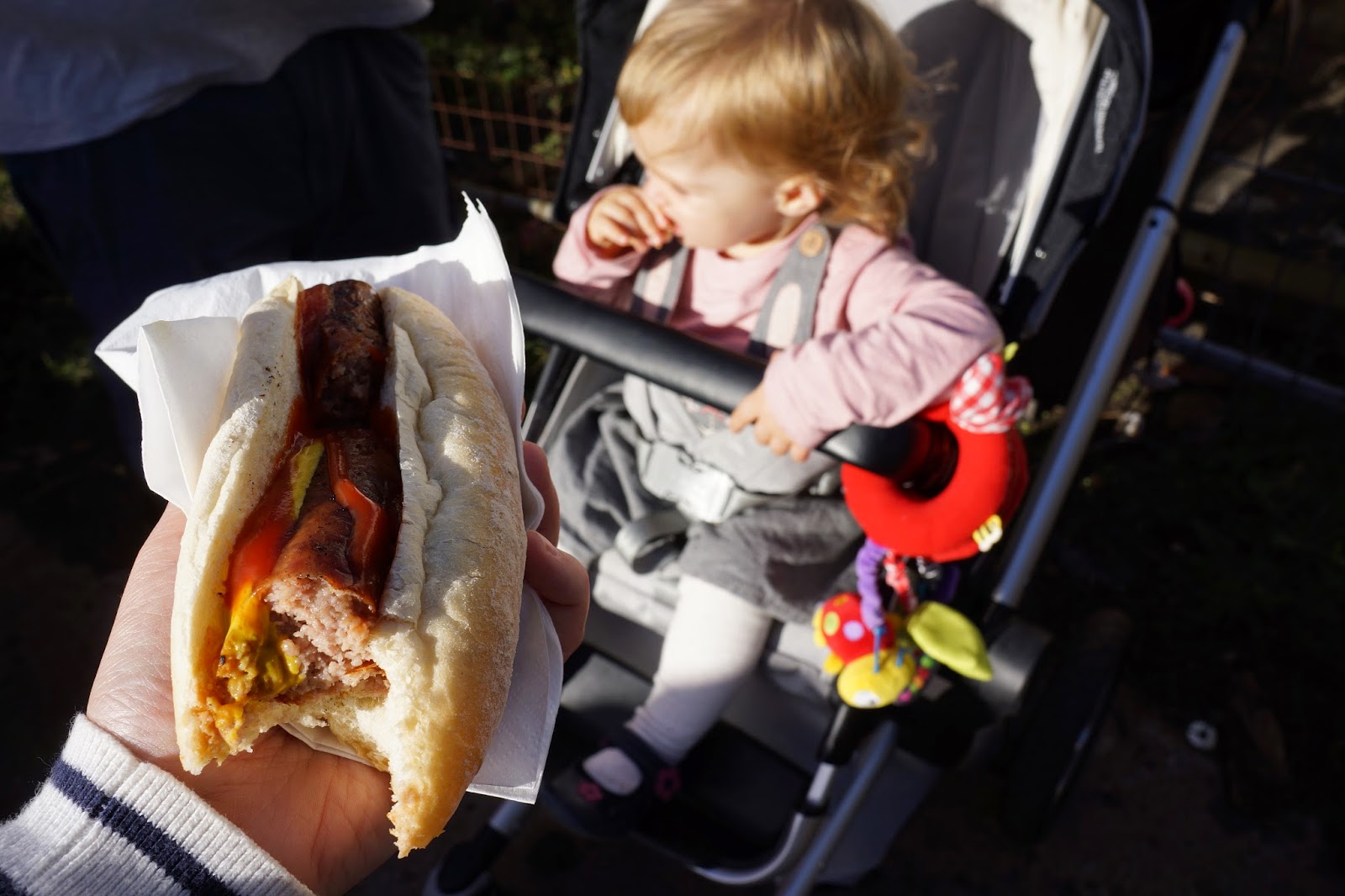 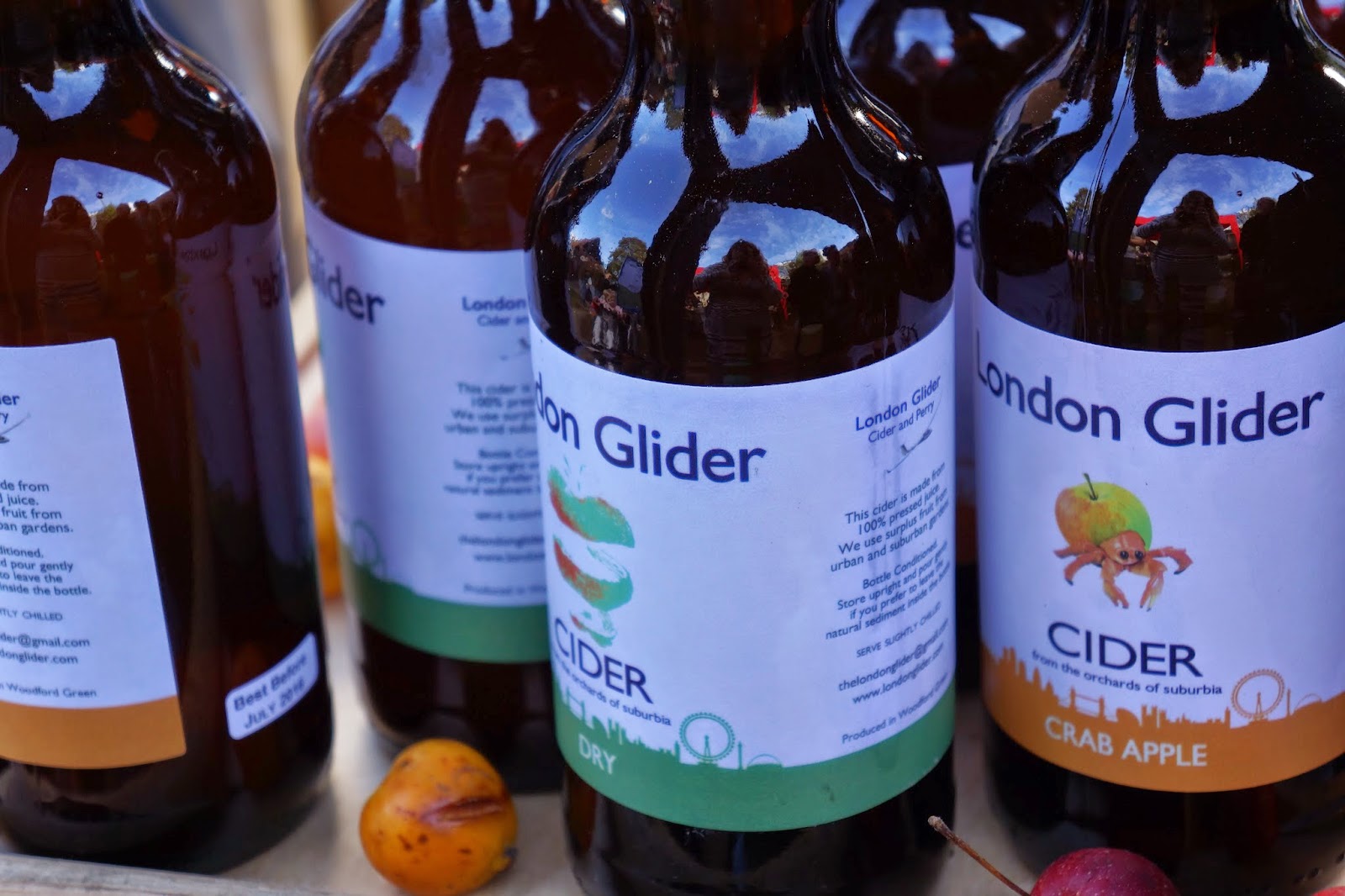 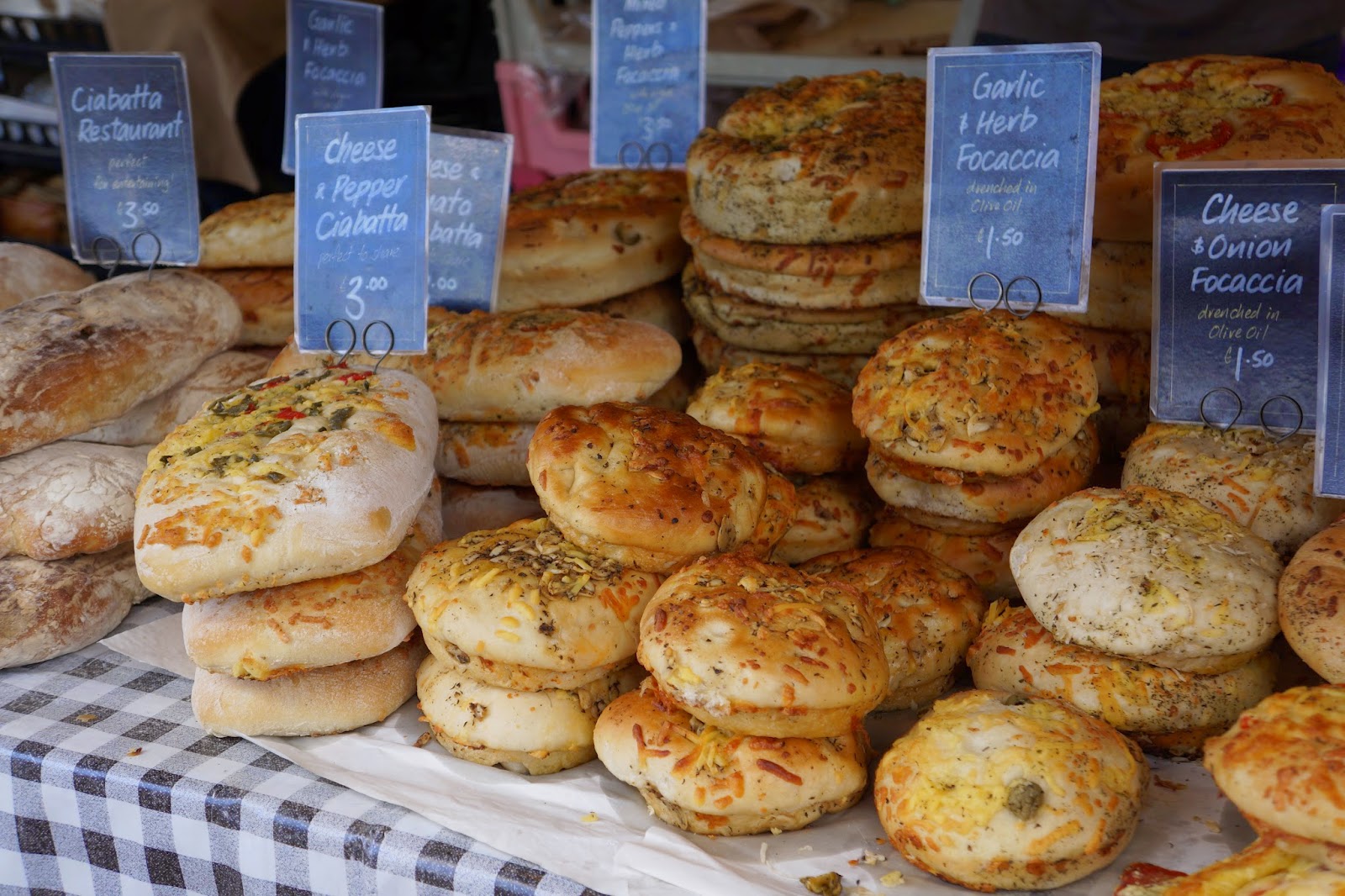 We checked out the stalls, and the sheep, and a sheep shearing demonstration. We had a hot dog and a crab apple cider - made from apples from urban and suburban apples, that otherwise would go to waste. What a great idea! 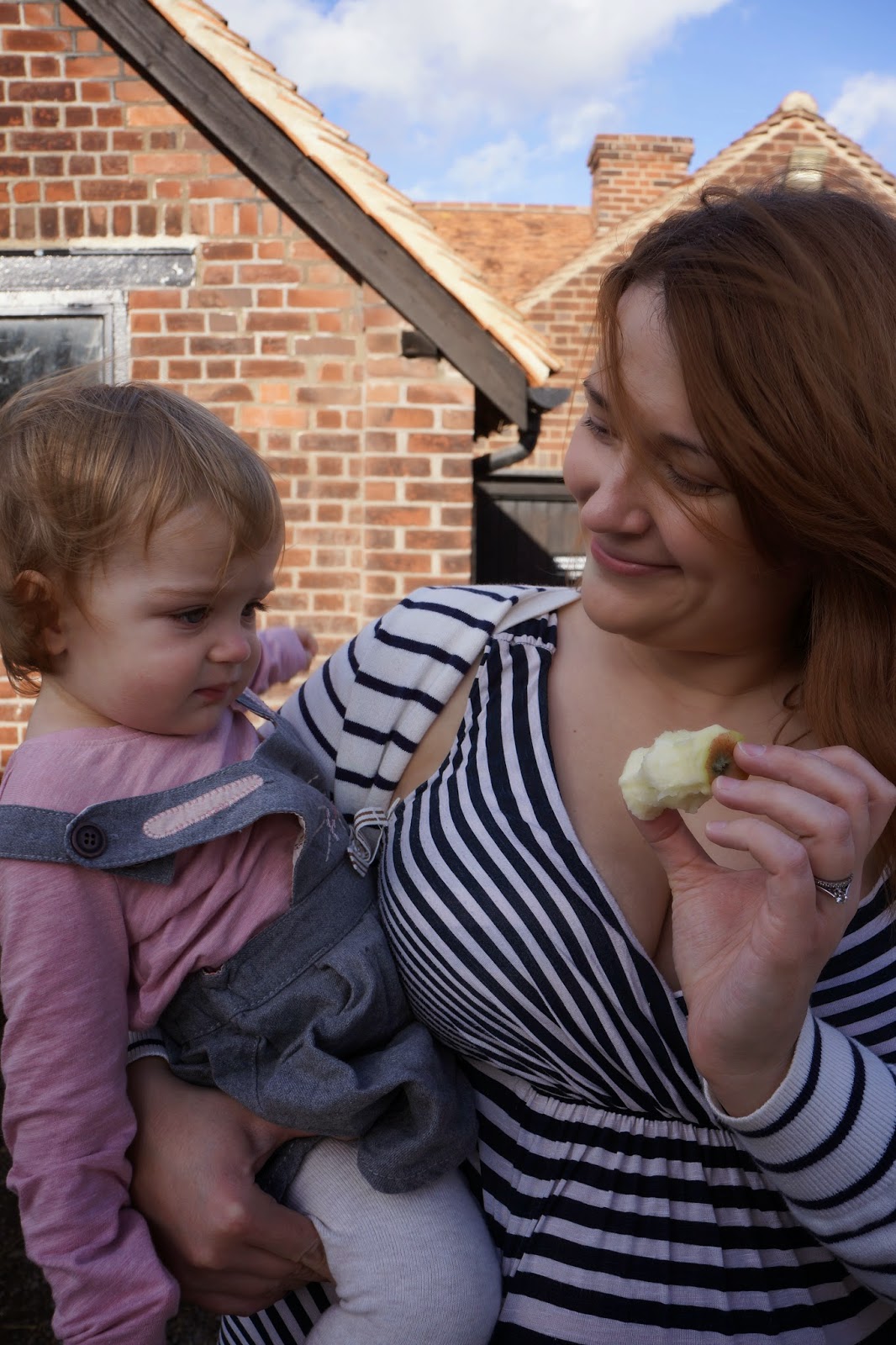 We entered into an apple peeling competition - for an annual family pass to the farm. I chose the biggest, waxiest looking apple I could find, and carefully peeled it, trying to make the peel as thin as possible, but not too thin so it would break. I did pretty well, and when it was measured, it was well over a foot. In fact, it was 42cm, and an inch short of the longest peel, and I was the first runner-up. So I made my husband enter too - he managed about an inch before his peel broke. Sadly, no annual pass for us. But we did get to eat the apples, and they were rather tasty. 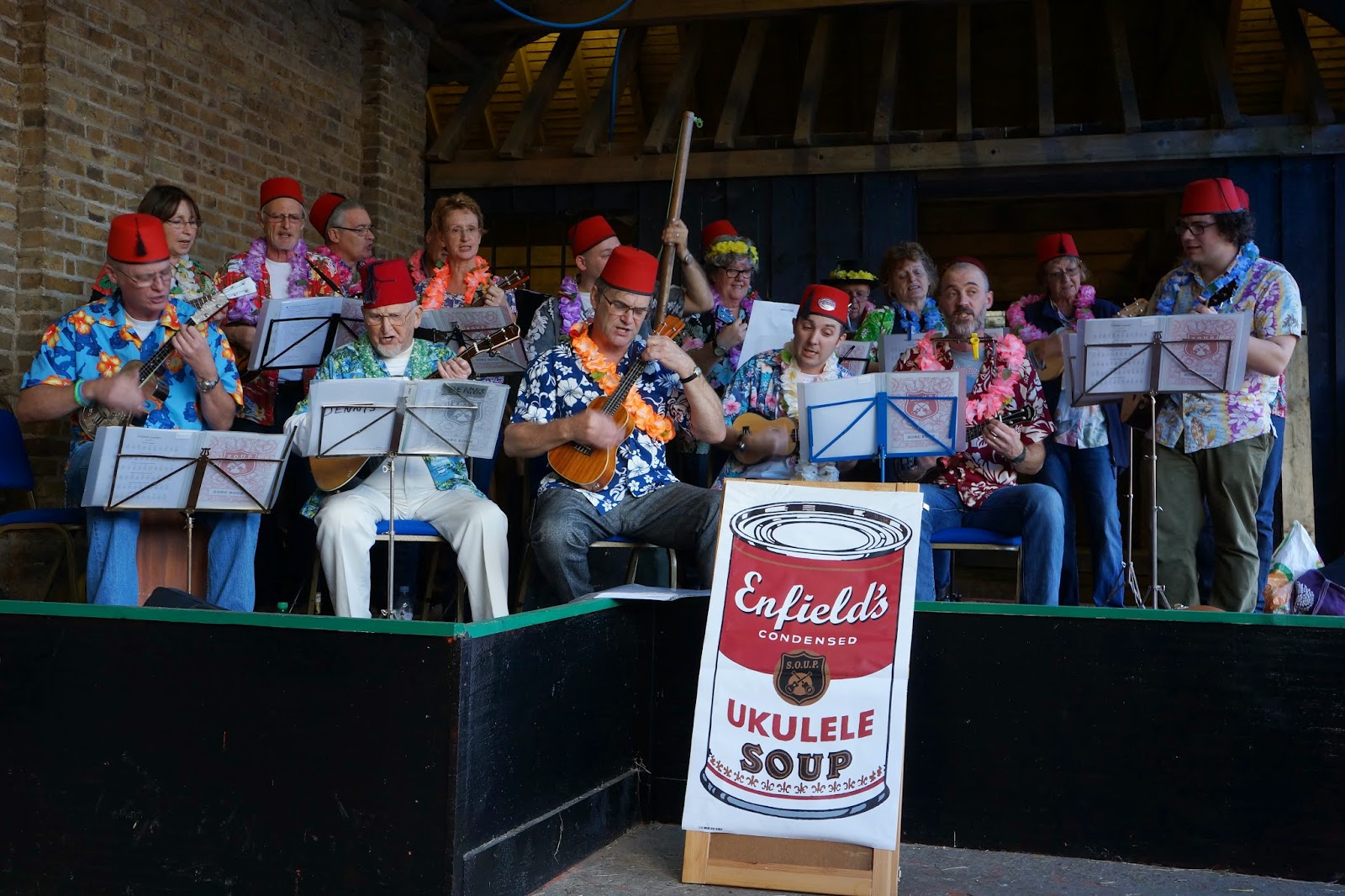 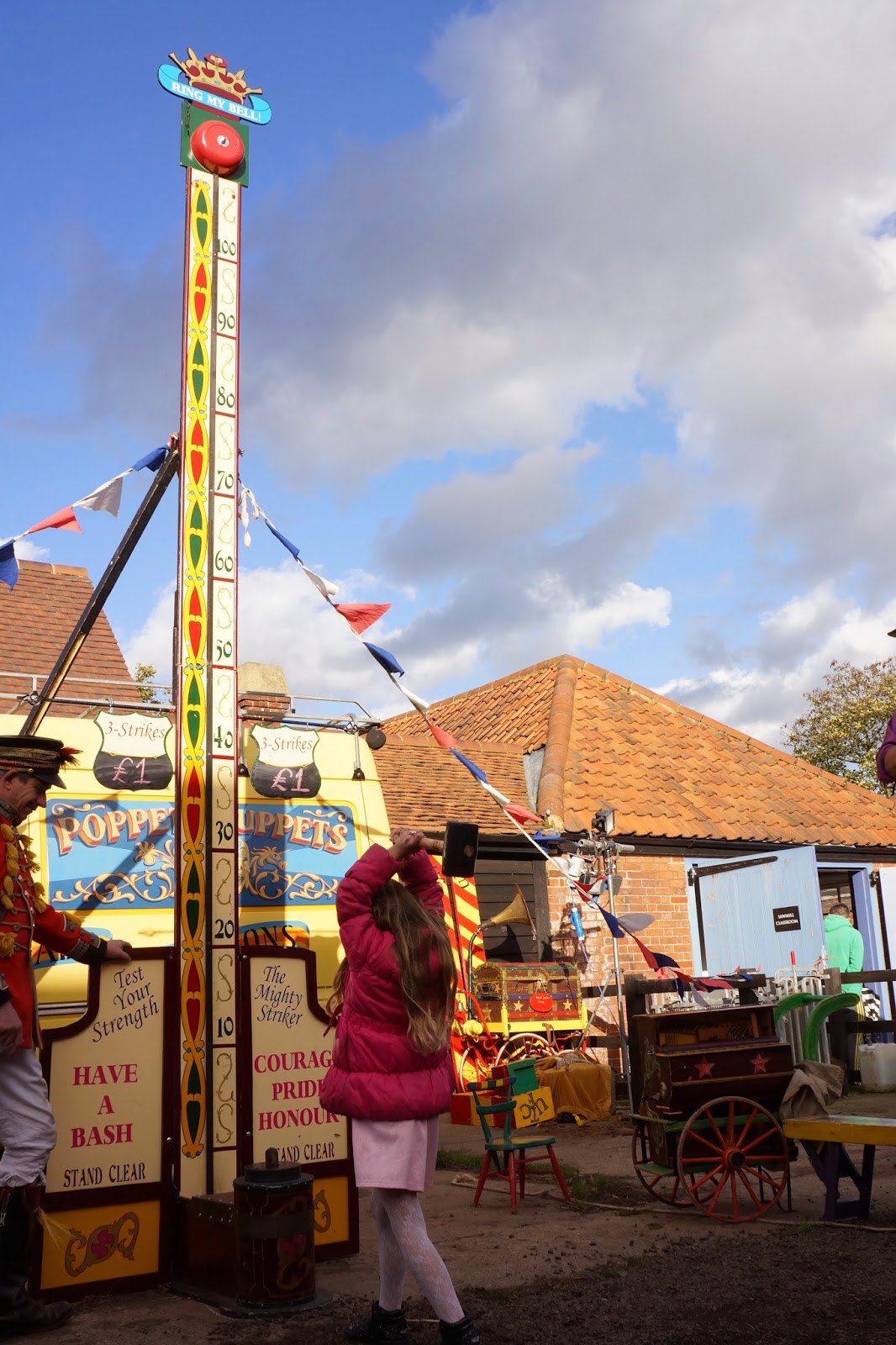 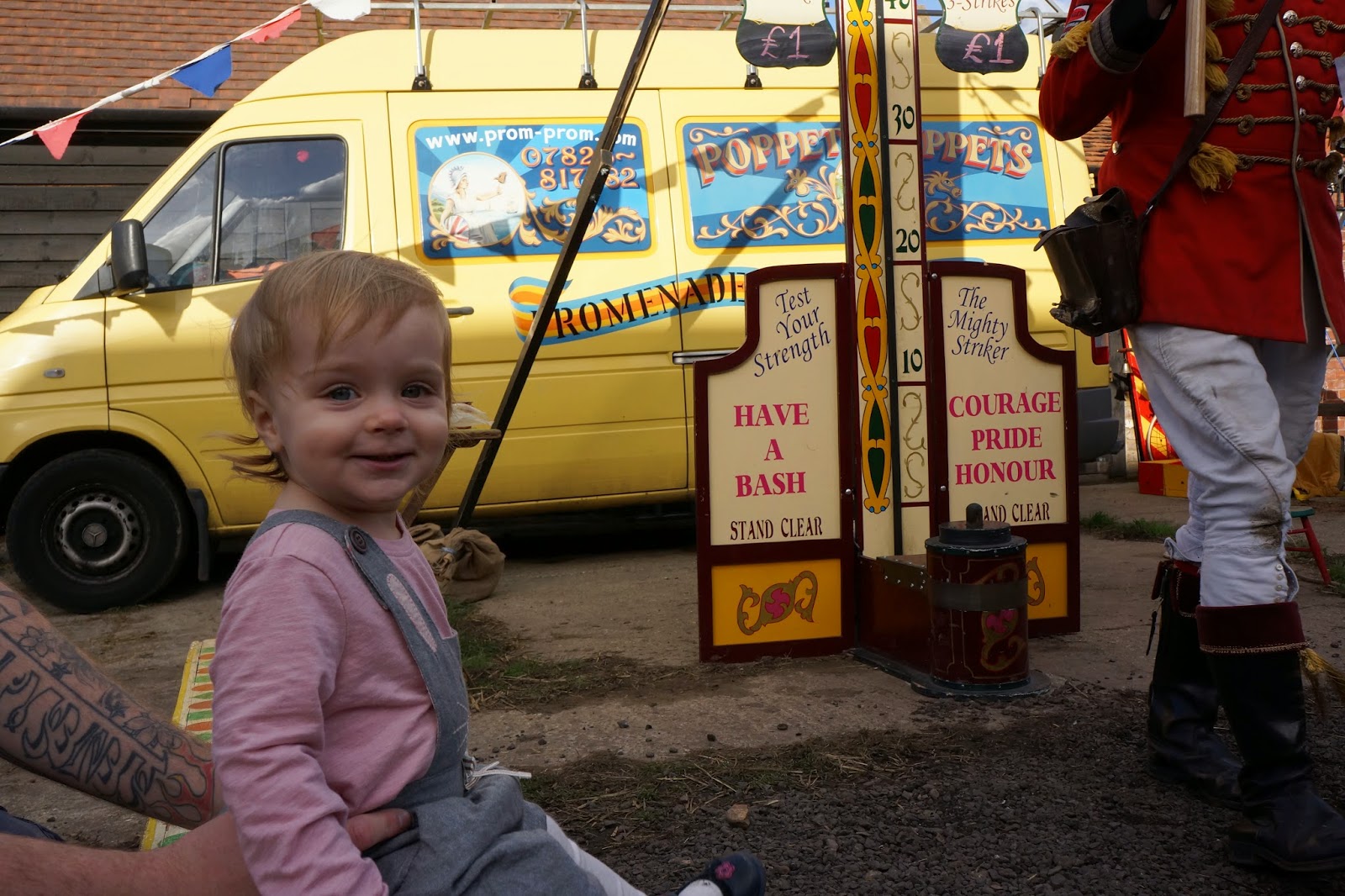 We enjoyed the local ukulele band - jolly music, and lots of the good time oldies, fitting for a little farm event. Had a little dance too and checked out the strength test. 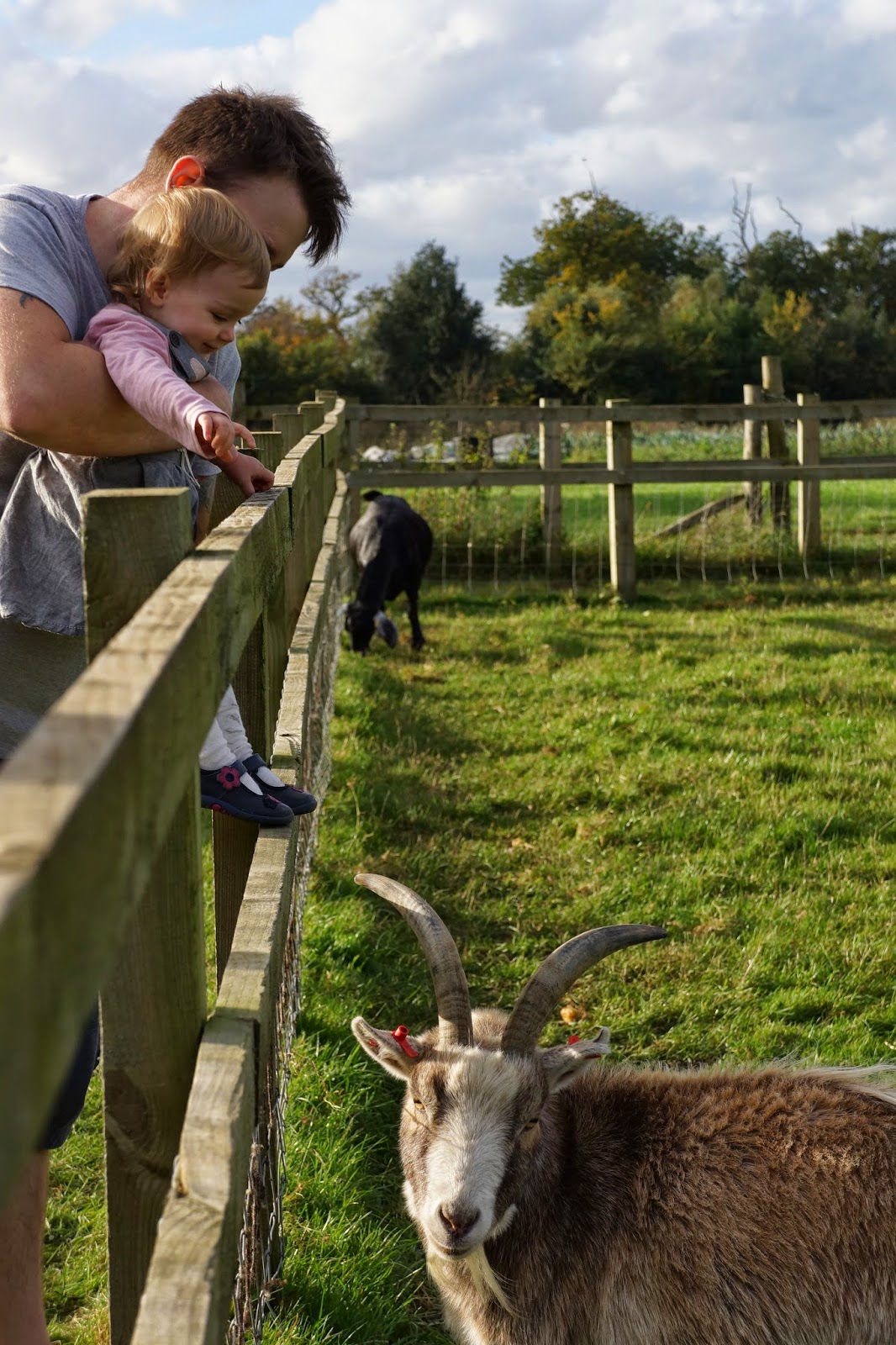 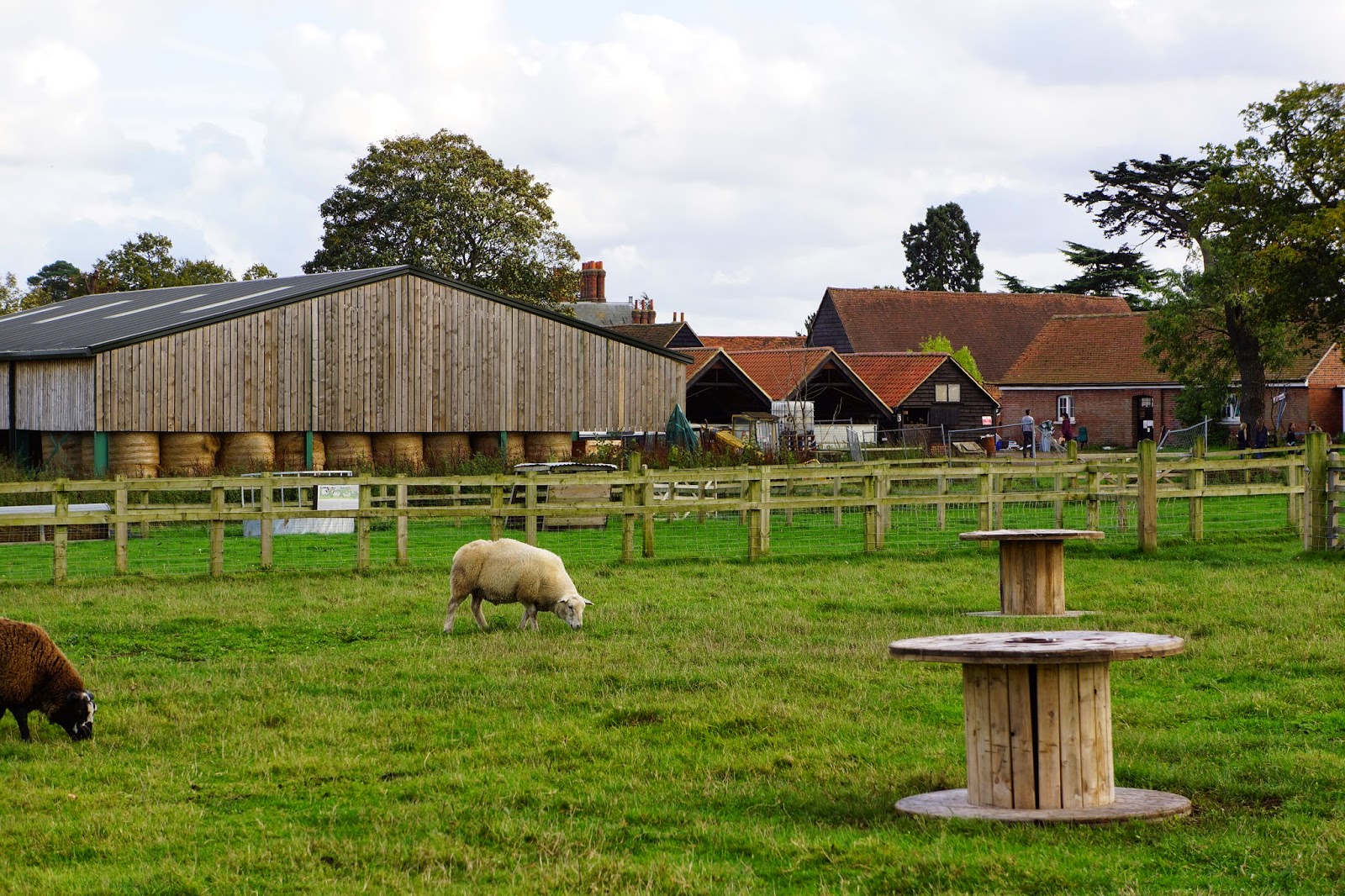 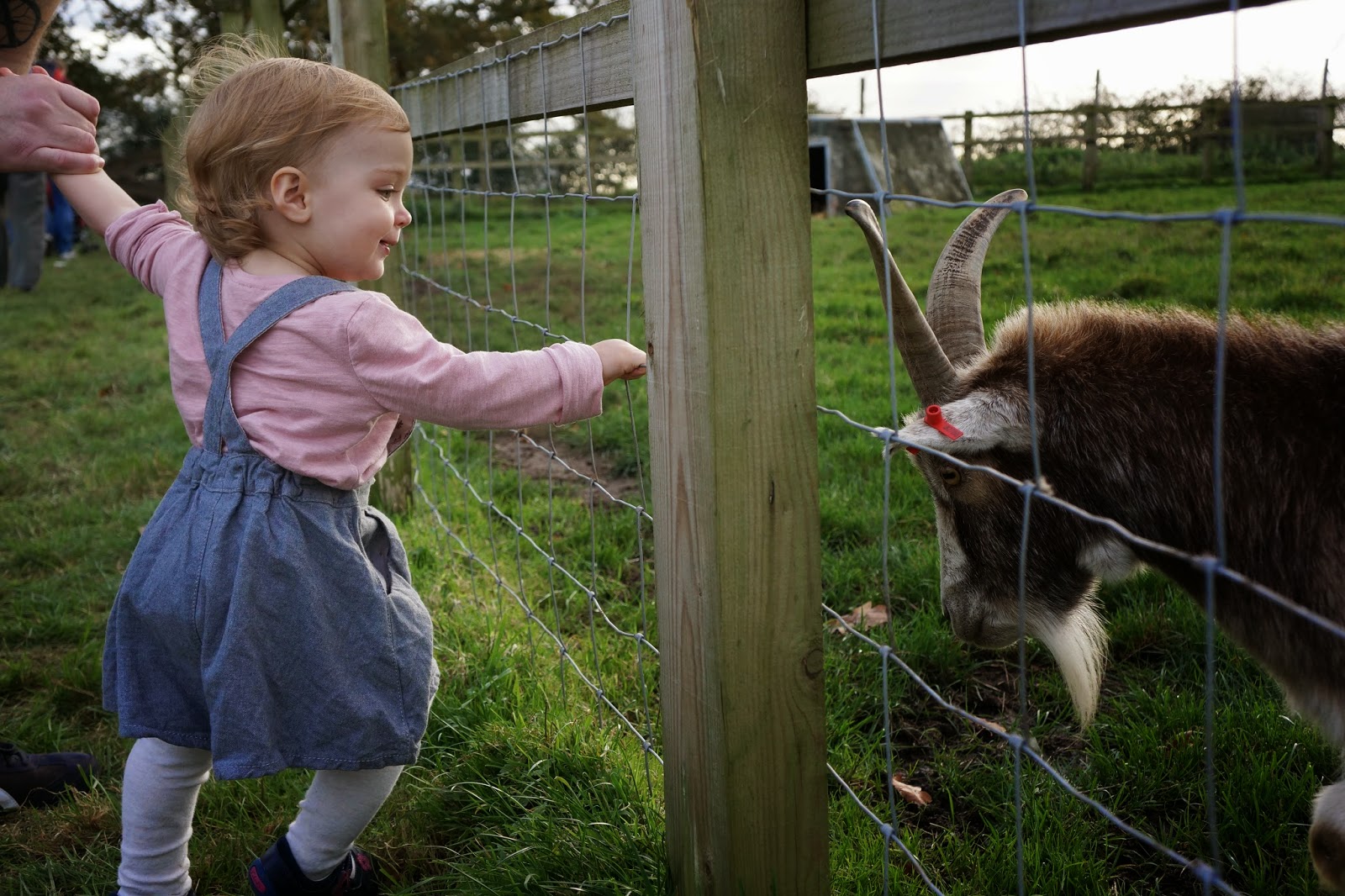 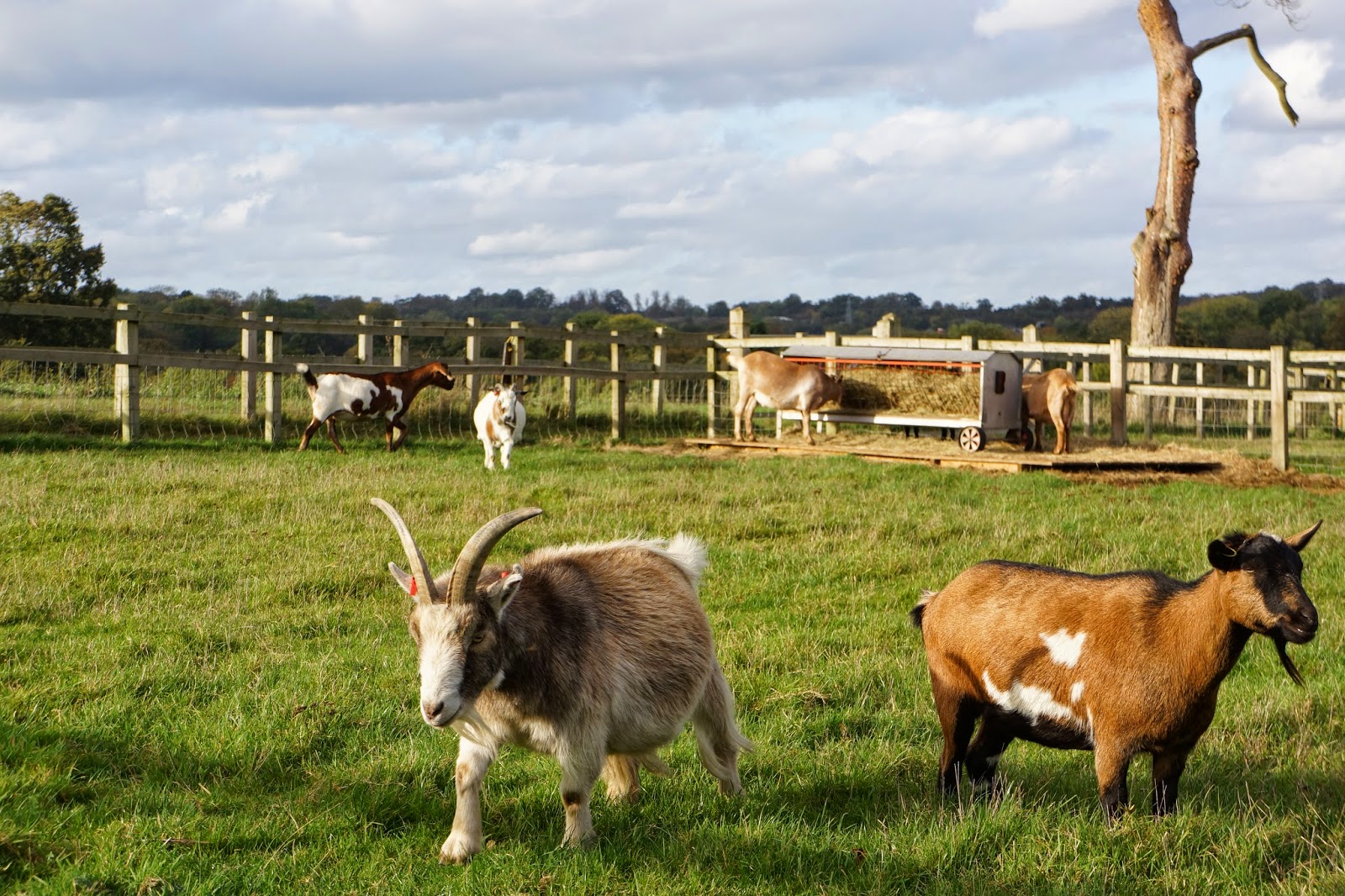 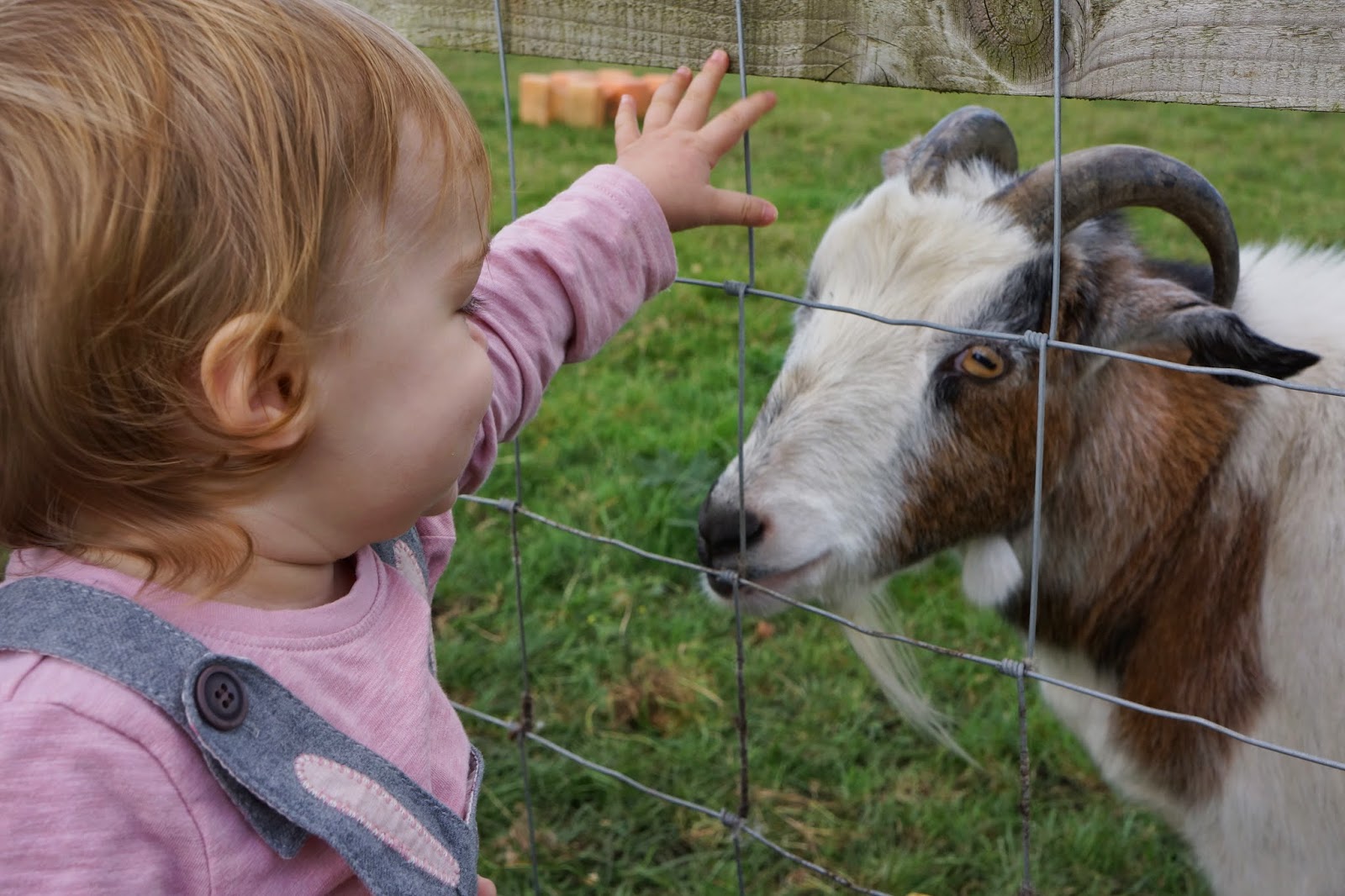 We went to see the animals - the big black pigs, the calves, the goats and the chicken. We even saw a rooster and some geese.

How was you weekend?