What is the new jellyfish exhibition at London Aquarium like?

I've been to the London Aquarium a few times now. Recently we were invited by 365 Tickets to experience the new London Aquarium exhibition - Ocean Invaders, the brand new jellyfish area that opened this spring 2017.

I've really enjoyed visiting the aquarium in the past. Walking around the huge shark tank, being able to see manta rays being fed, petting a starfish, checking out the numerous little fish, everything. There's even a crocodile and penguins. Now there is a new section to the London Aquarium, wholly dedicated to jellyfish. 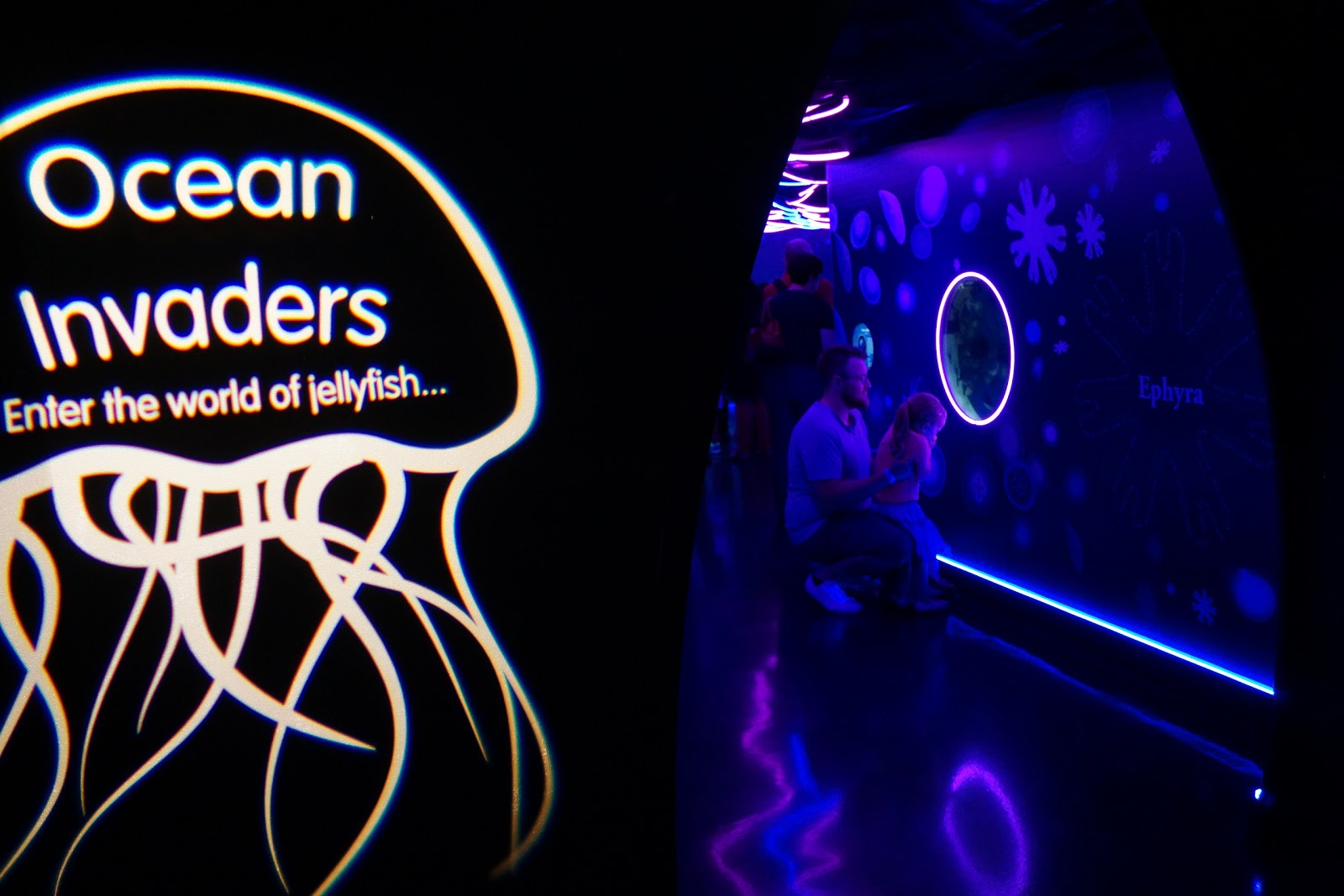 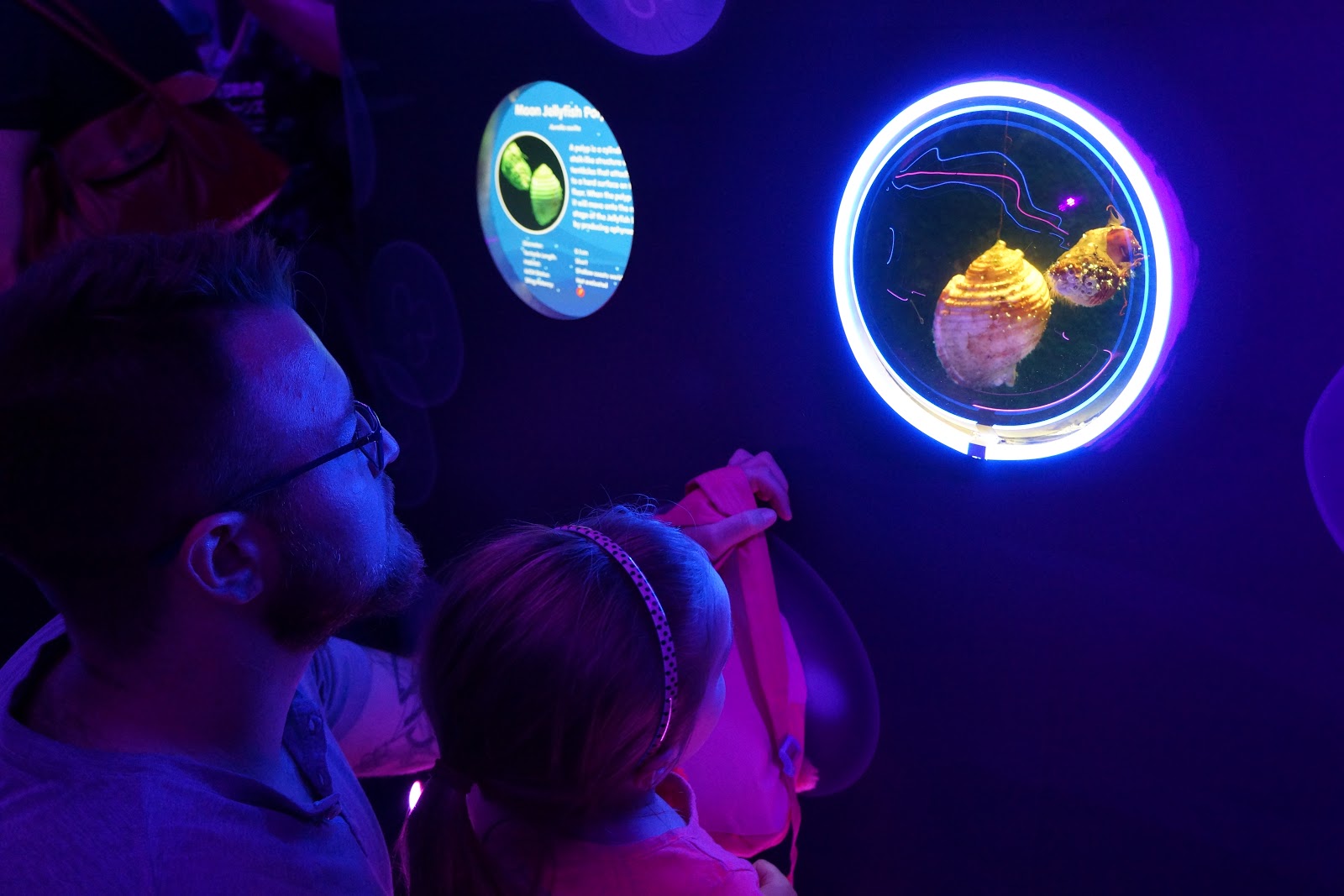 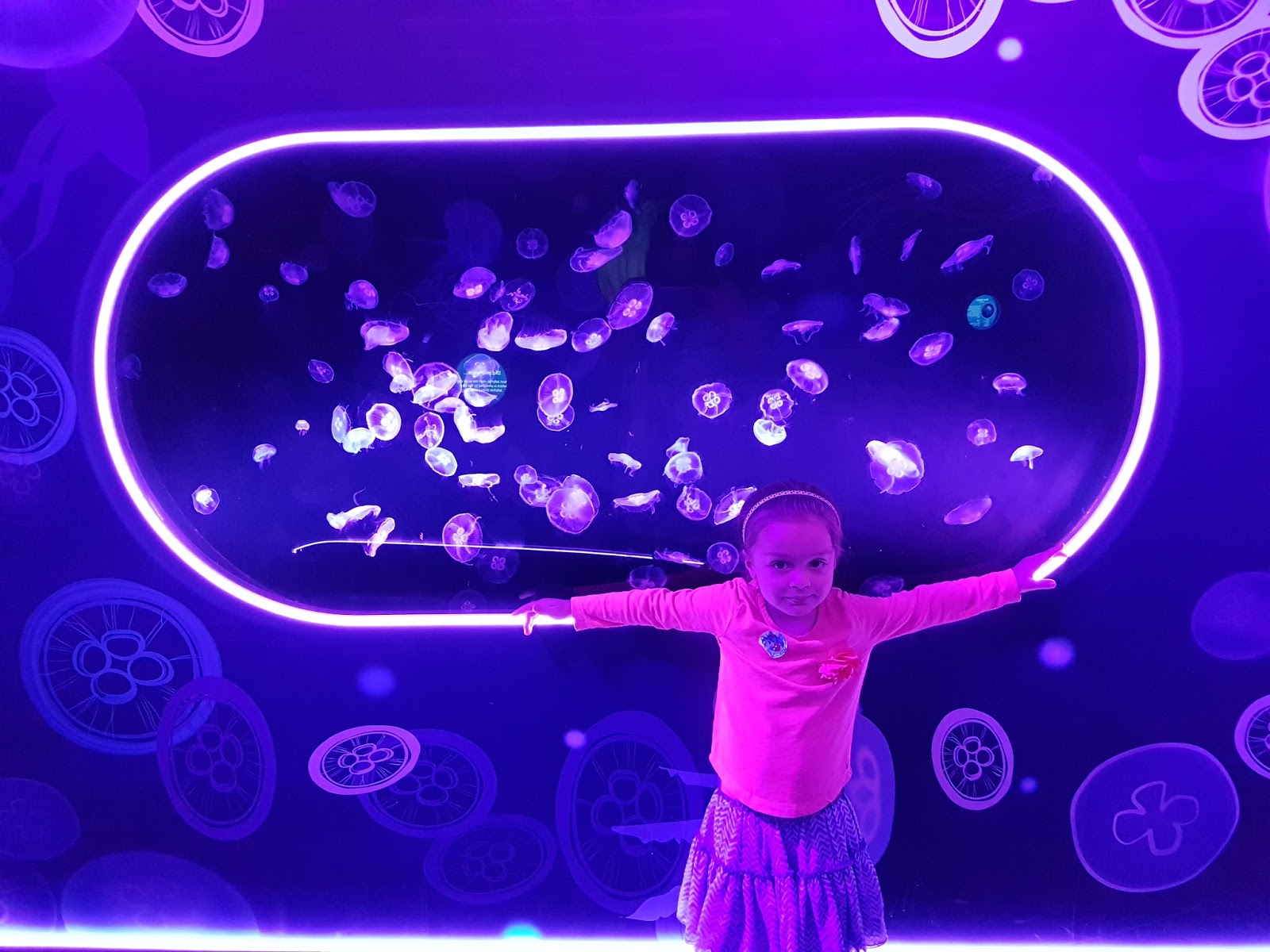 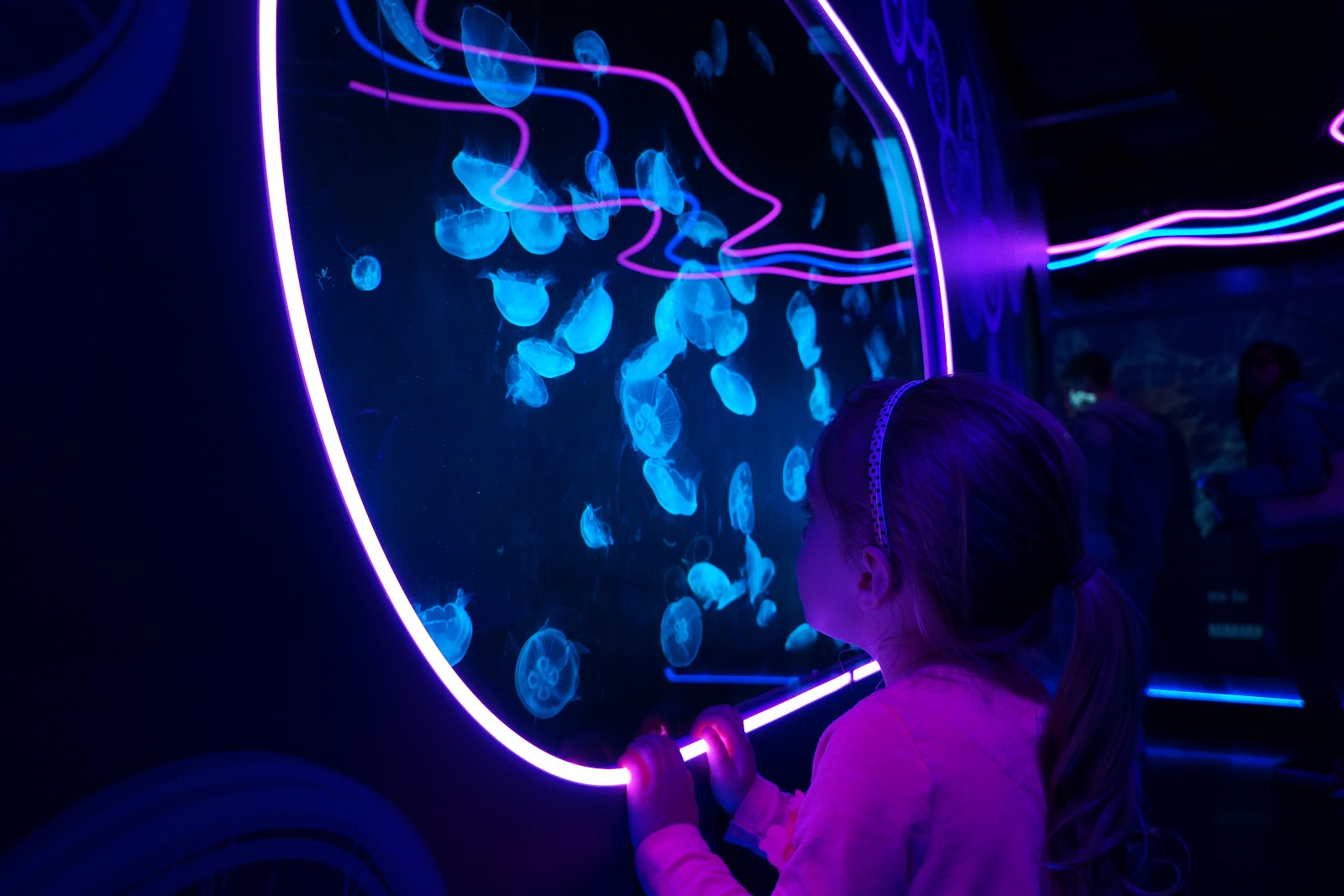 The Ocean Invaders section is quite funky. You can learn about the jellyfish, facts such as that there are over 2,000 species of jellyfish, of which only 70 are dangerous to humans. 97% of jellyfish is water, and they have no hearts, no blood, no brain, and no gills. They range from tiny pinprick sized to ones that are bigger than humans. Scientists believe that jellyfish have been floating around Earth's seas for 500 millions years now. To put that into context, they've been out there well before the first amphibians crawled to investigate what land had to offer them.

At the exhibition you could try out what a jellyfish sting feels like. As I've been stung by jellyfish a few times when out diving I didn't try it there as I already know from experience it is quite unpleasant! Not huge amounts of pain but certainly stings you a bit. 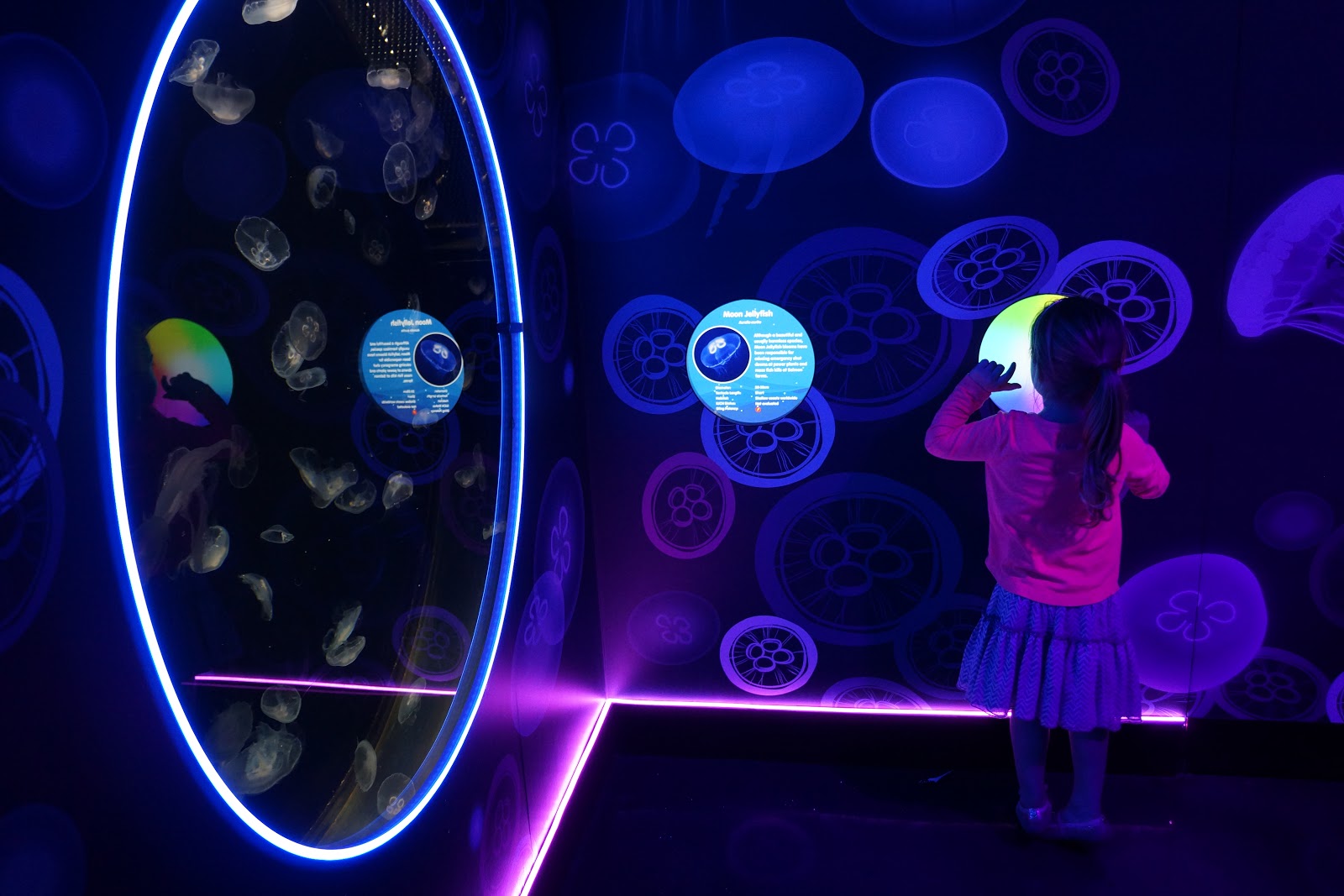 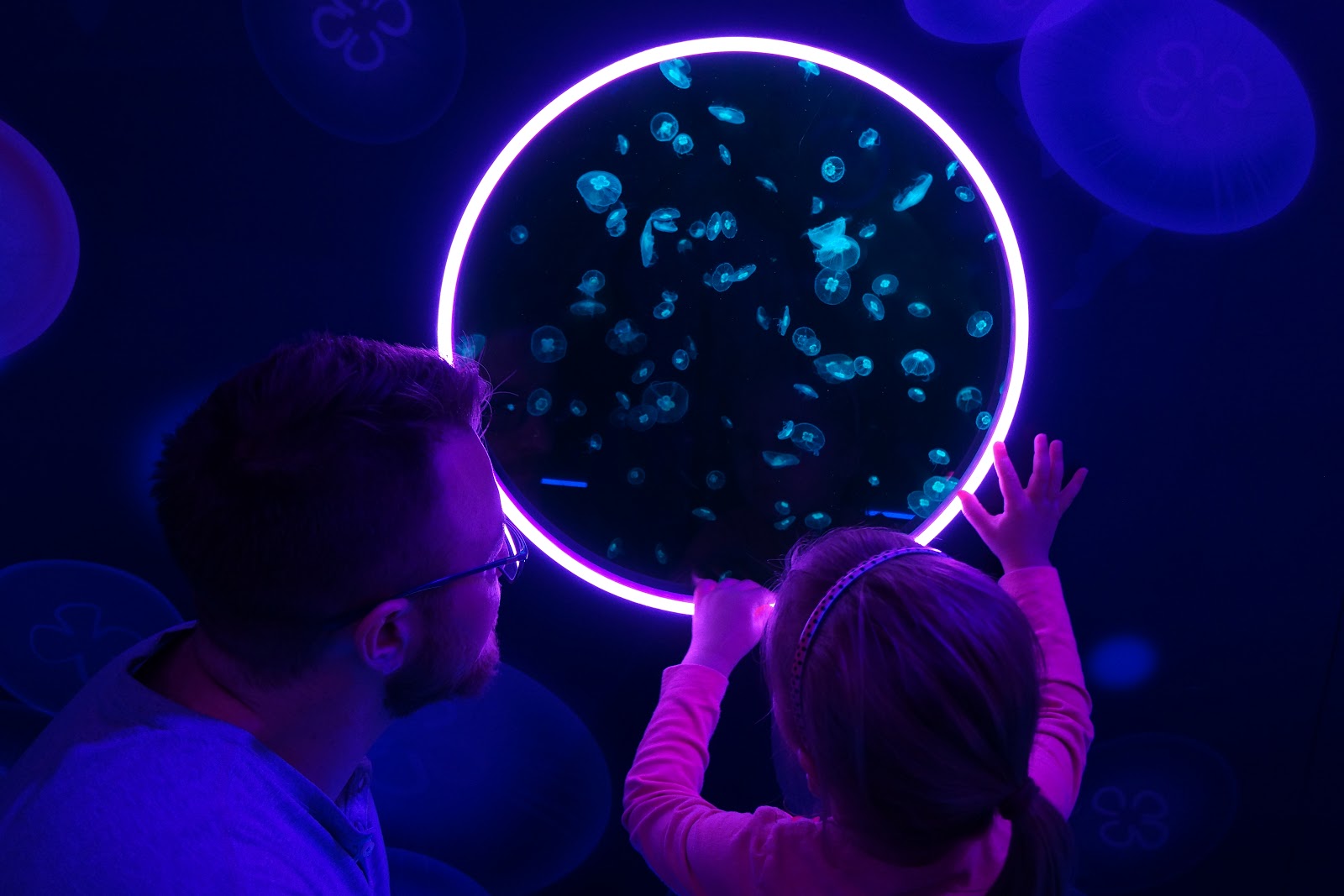 Watching the jellyfish floating around is really quite mesmerising. I could have spent a long time just watching them there - there is something very graceful in the jellyfish when they move through the water, with their tentacles gently swaying behind them. The look of amazement on my daughter's face was great to see. The jellyfish were illuminated in the exhibition, in some sections with changing colours making it quite fun to watch. In some sections you could even change the colours yourself - my daughter, quite naturally, chose pink for them. 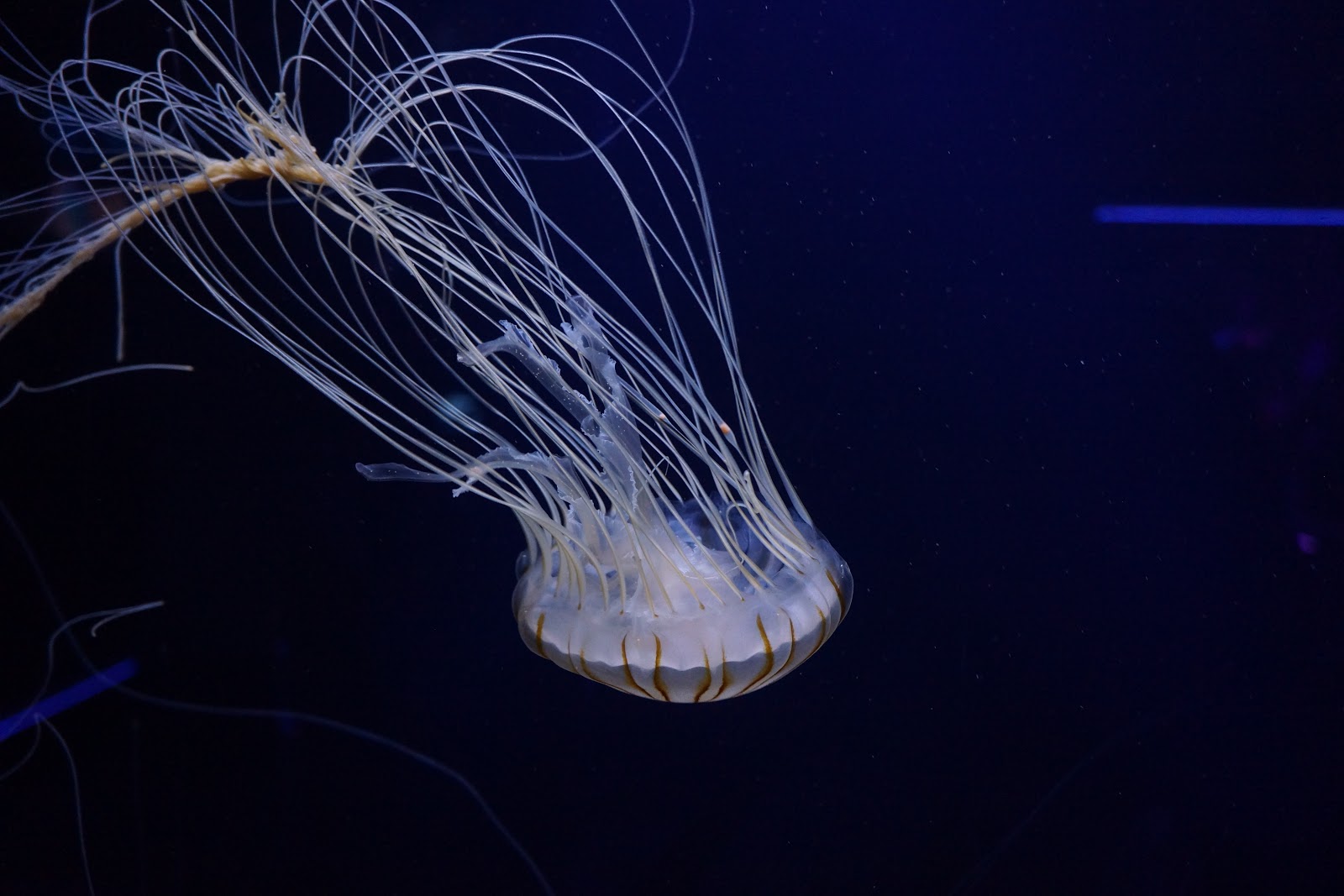 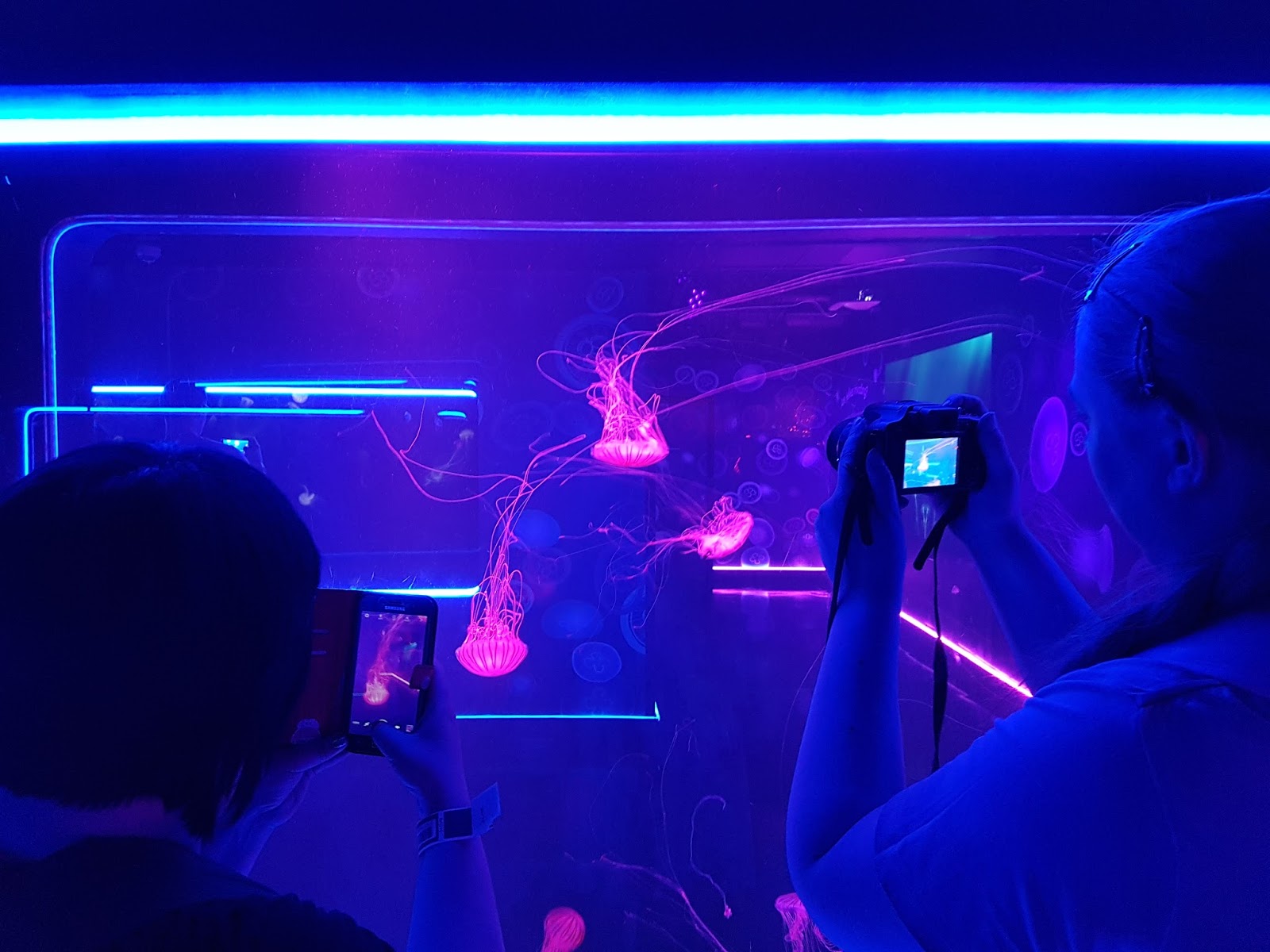 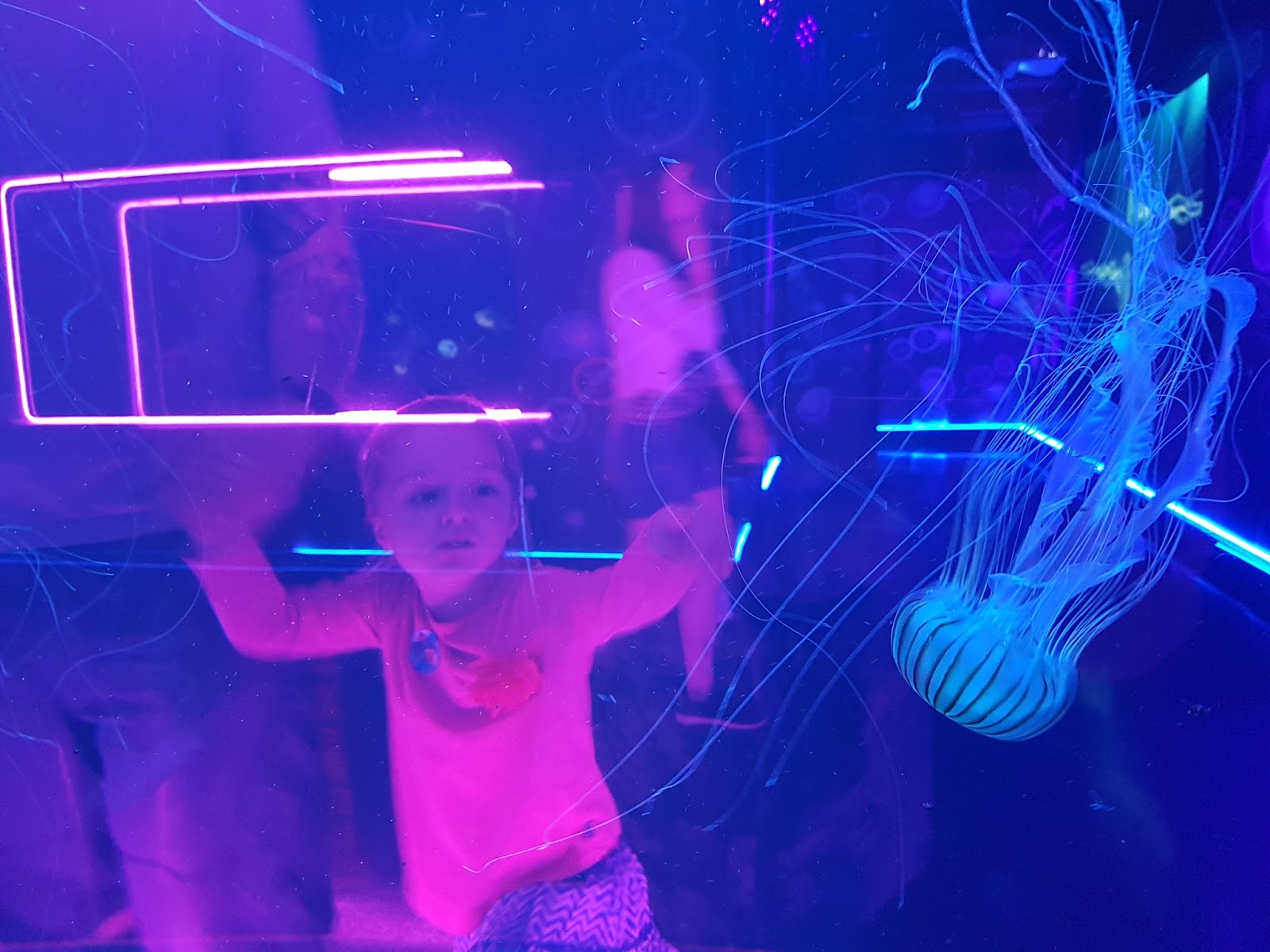 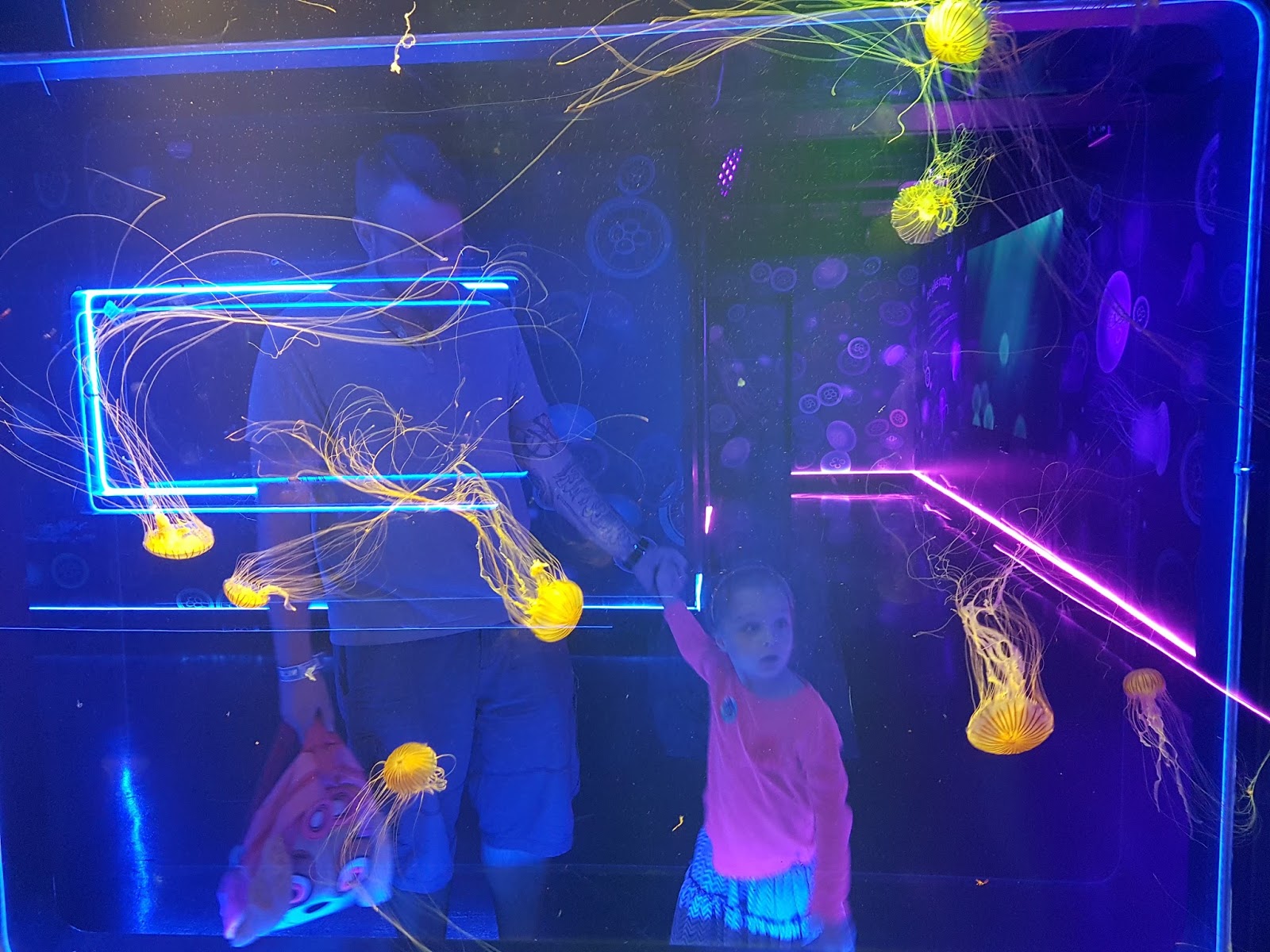 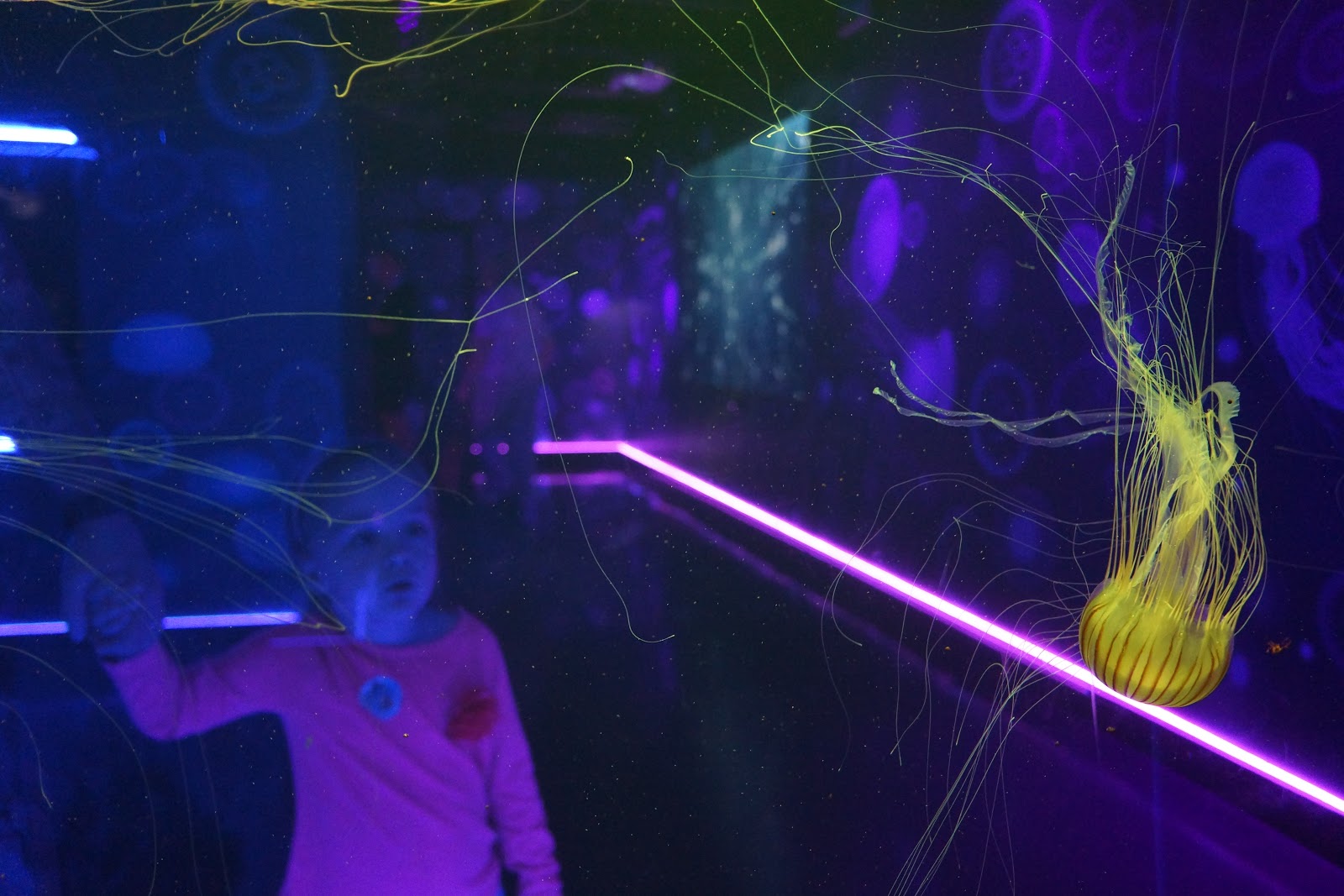 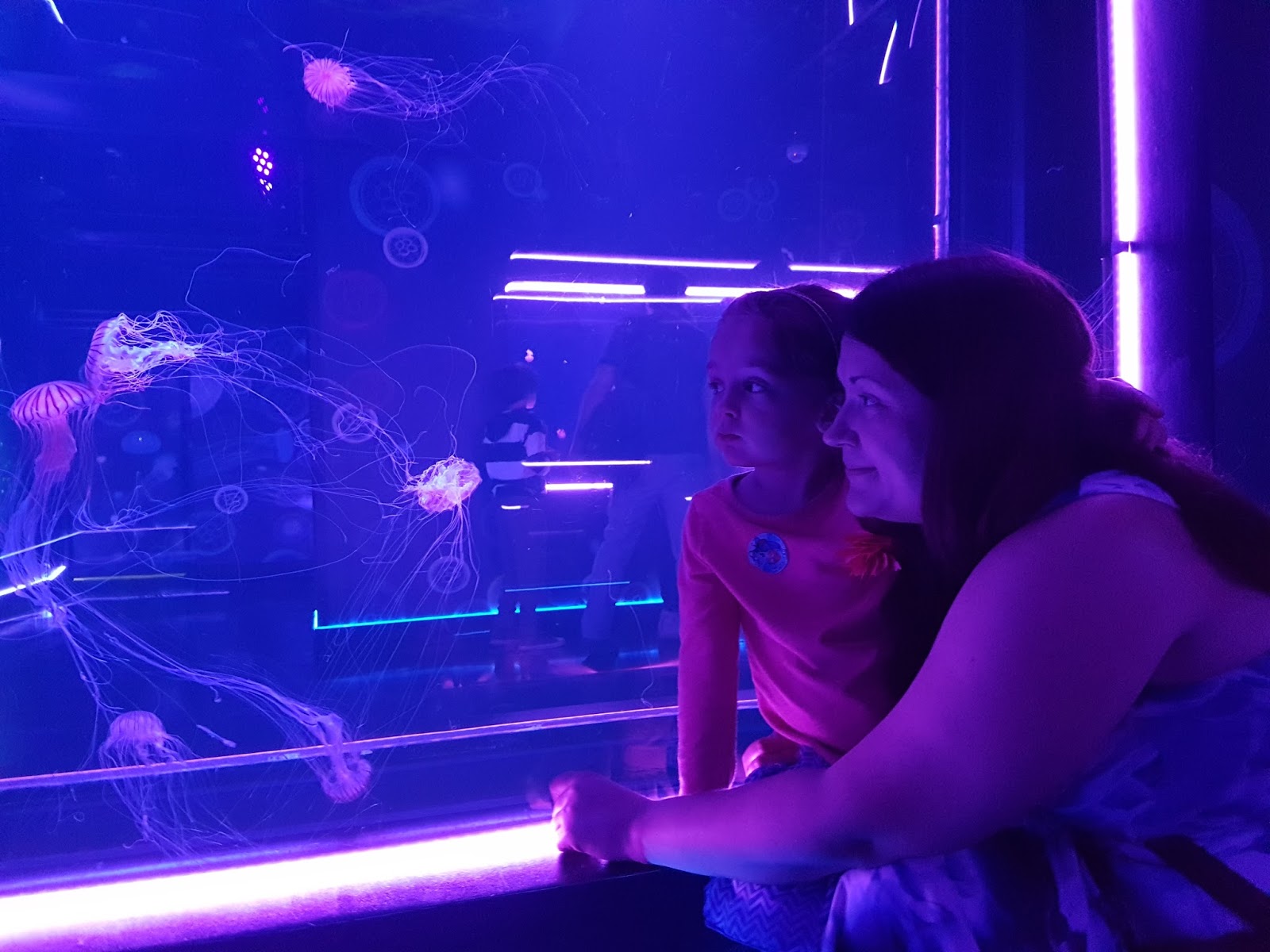 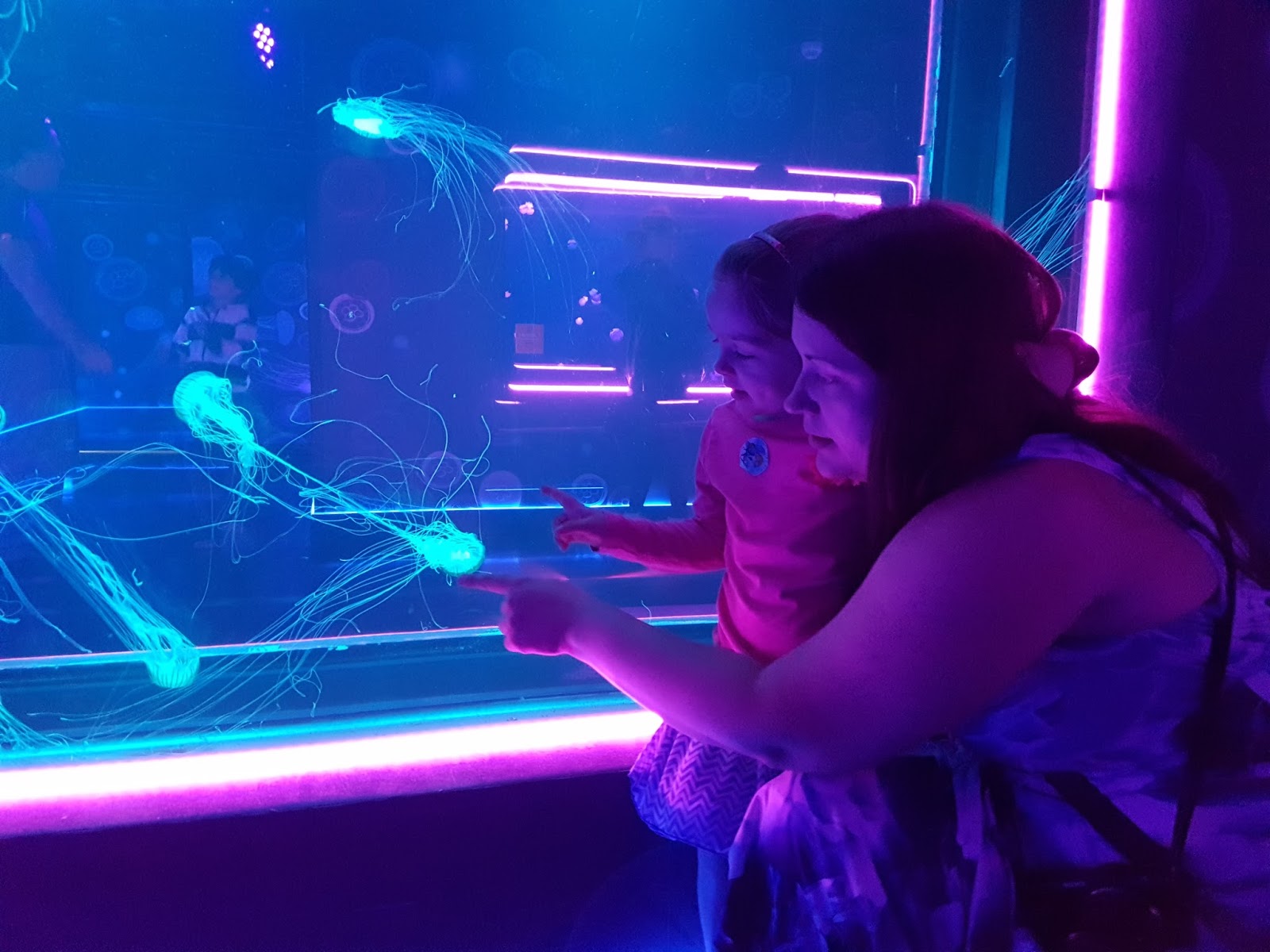 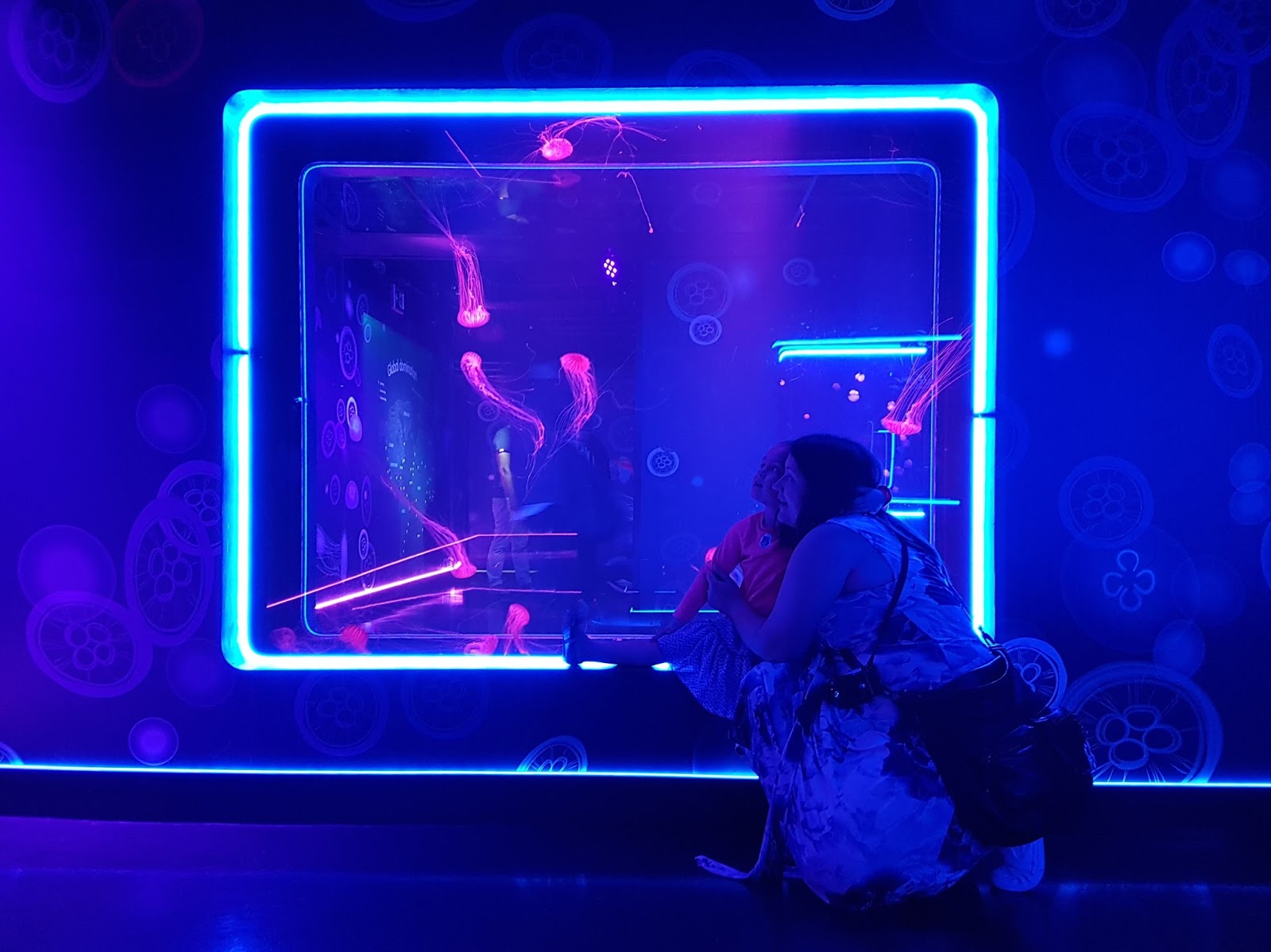 So should you go and see the new Ocean Invaders jellyfish exhibition?

Even if you have been to the aquarium before, the new jellyfish exhibition is quite something and in my opinion, worth the visit. I would recommend spending a good amount of time there. We had a manic four year old with us, so we couldn't read much about the jellyfish as we were just running after her... That said, the jellyfish were stunning and it was great to admire them, even if at great speeds at times.

The exhibition was surprisingly big as there were lots and lots of different species, making it even more interesting. I had no idea there were so many different ones out there! So yes. Go and see it, and come back to tell me what you thought of it! Or if you can't, watch my video and let me know what you think of it. 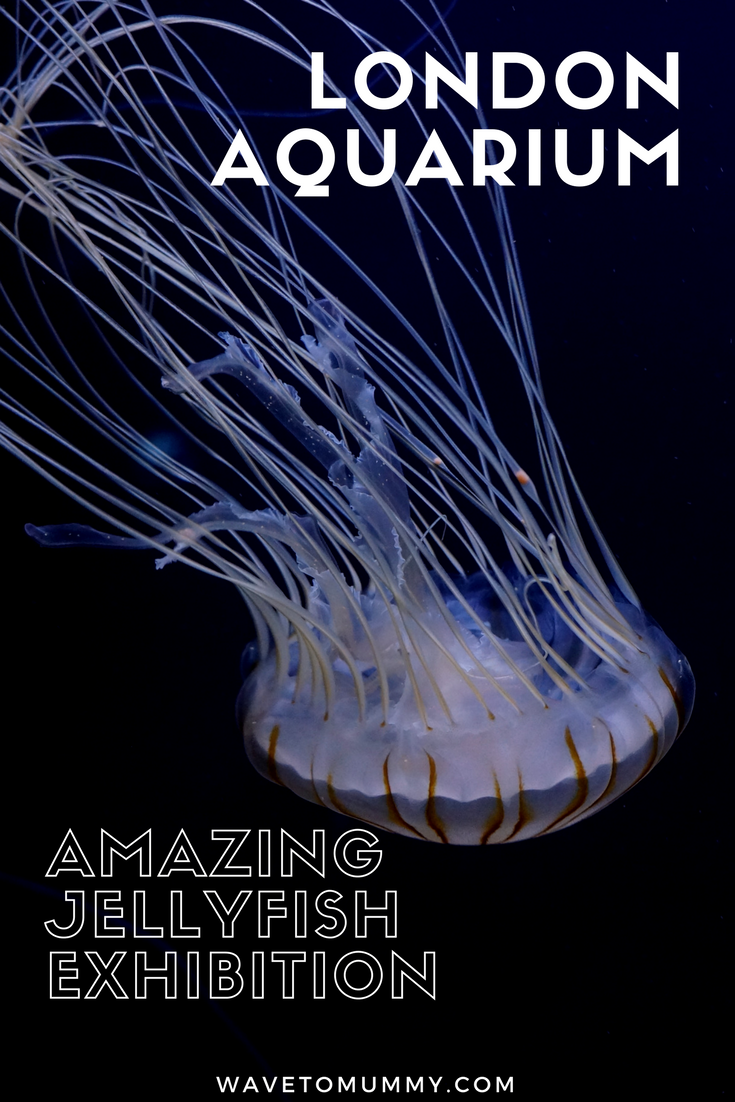 Have you been to the London Aquarium before?

You might also like: How to enjoy Kew Gardens with under 5's and How to easily see it all in London in 24 hours, with kids