Enjoying the first snow day of this winter in London!

As you may very well have seen from the news, it was the first snow day here in London. In fact, pretty much all over the country! Once we found out it had been snowing, we got really excited and giddy and said to our daughter we should get up quick to go out. To which she said "Later, I'm watching My Little Pony".

That, I suppose is one of those things that happen when you've had at least one proper snow-filled holiday a year as we have been visiting my family in Finland. She's seen so much snow it just isn't that special anymore! And she knows how harsh it can get... 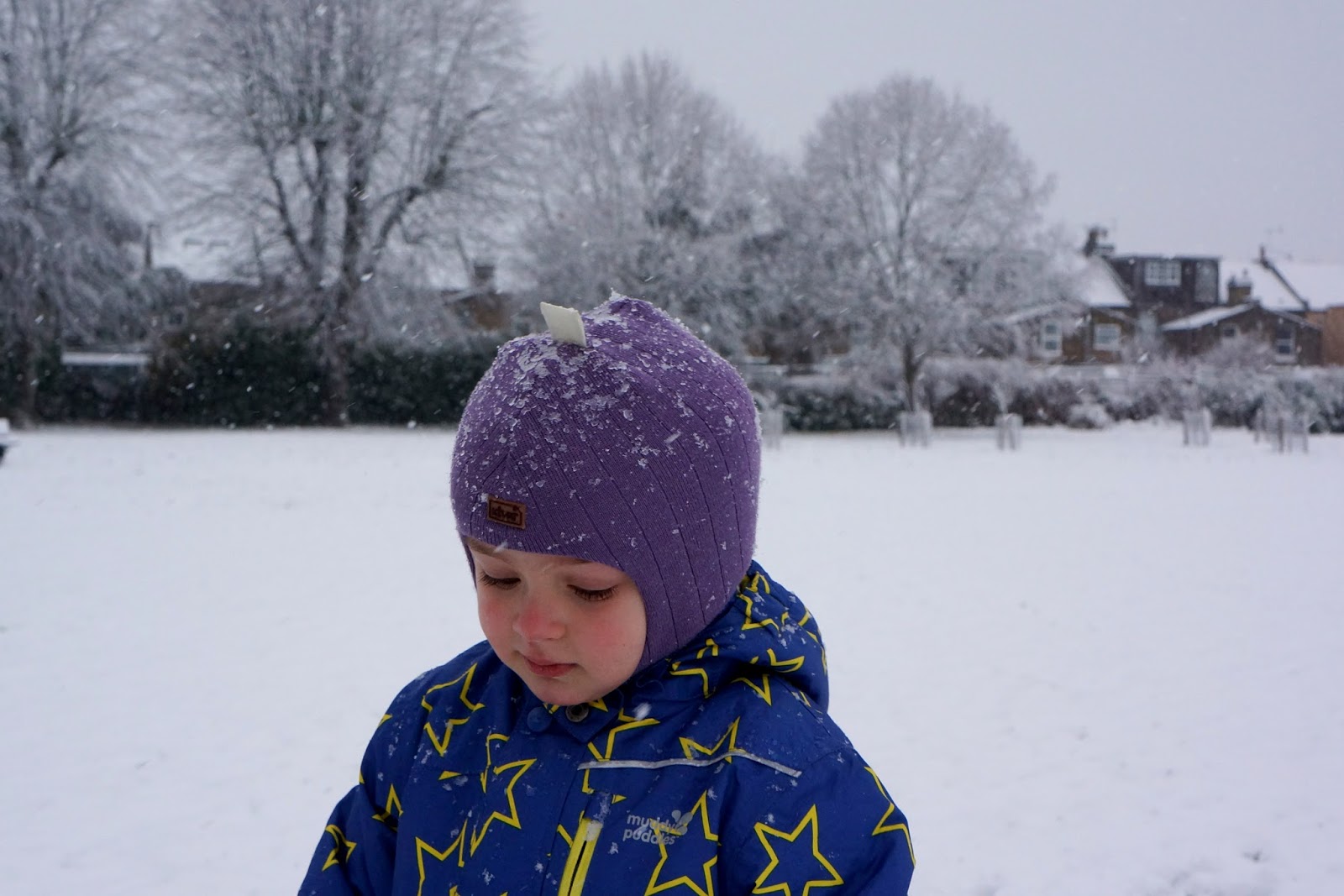 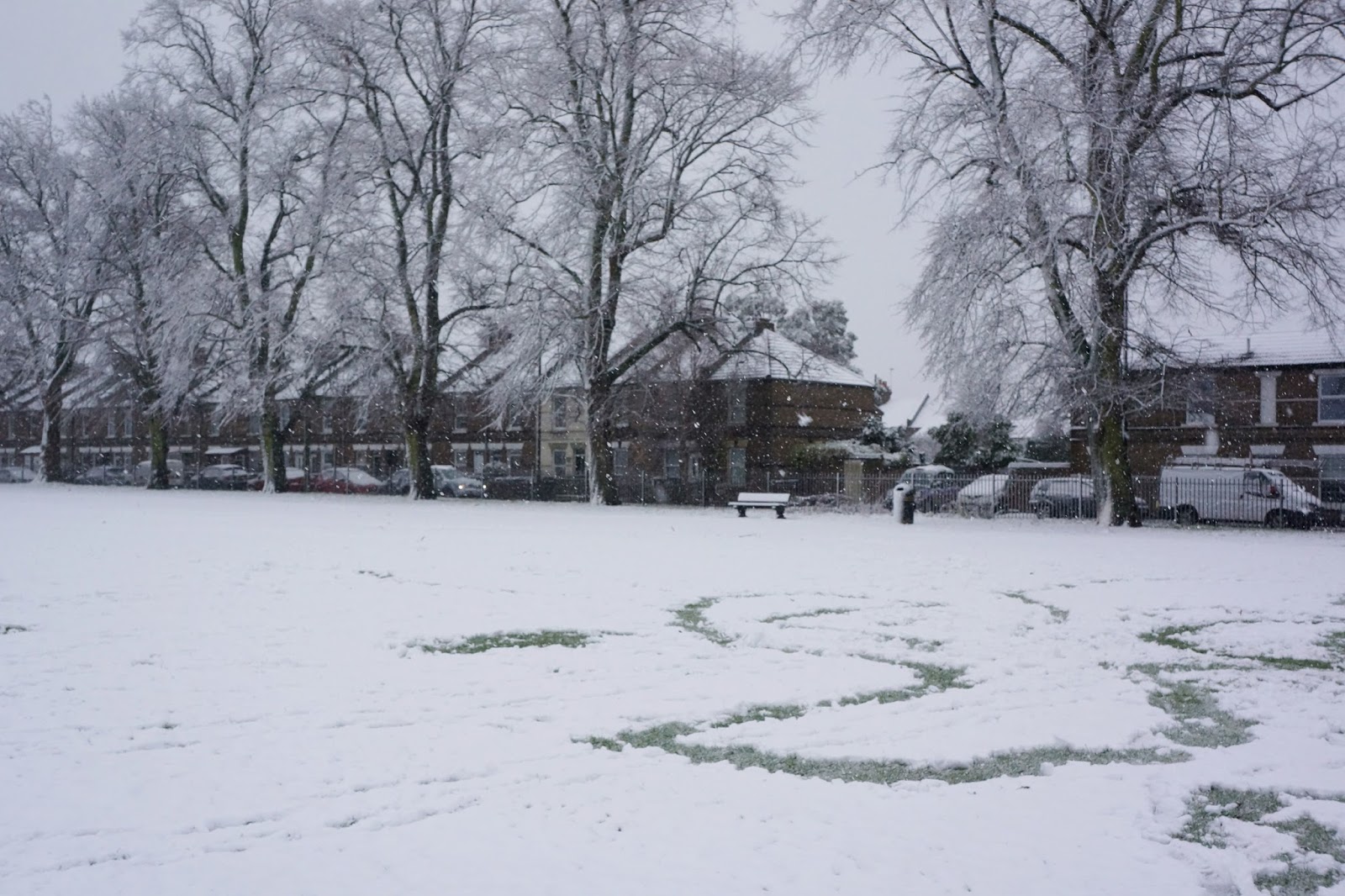 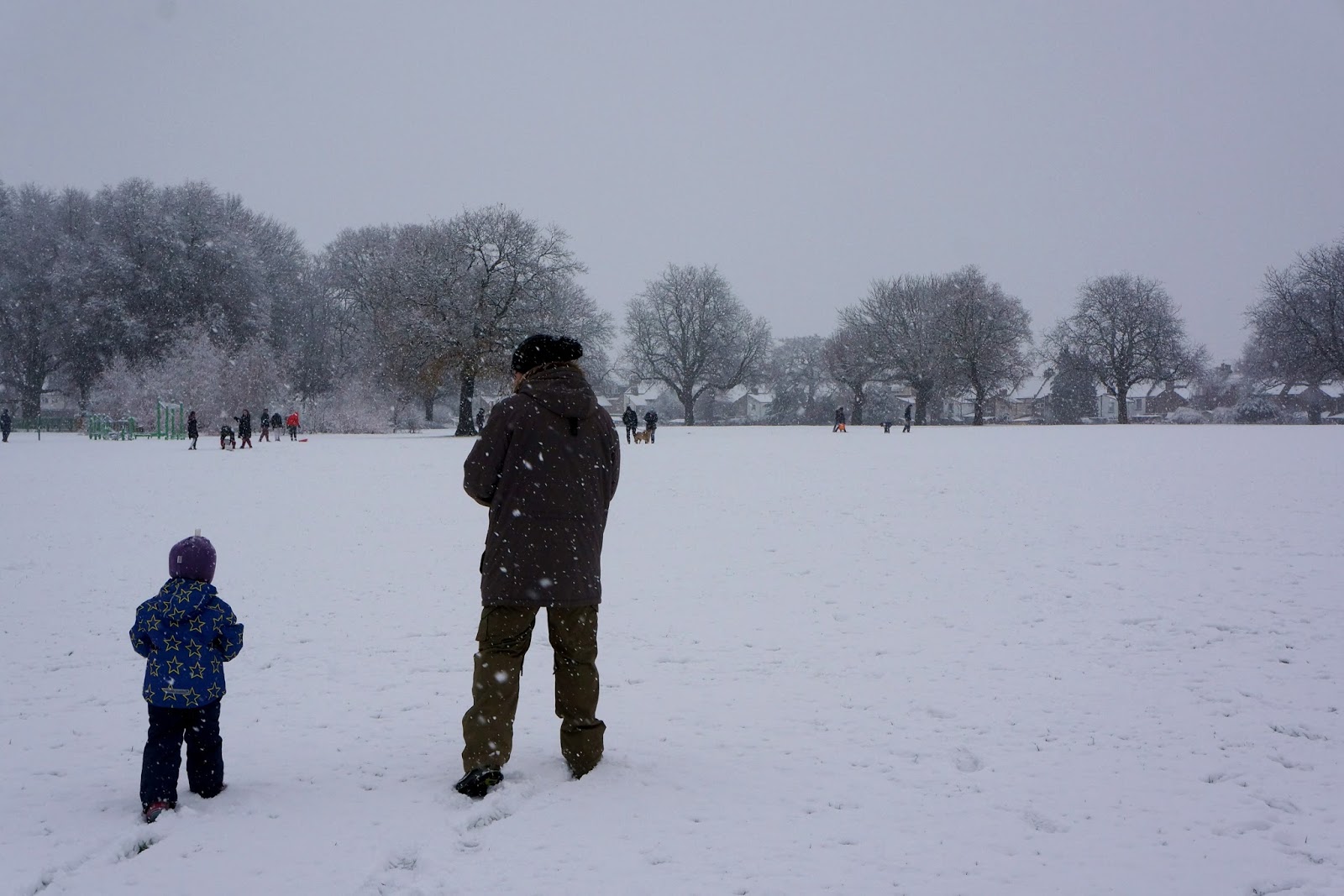 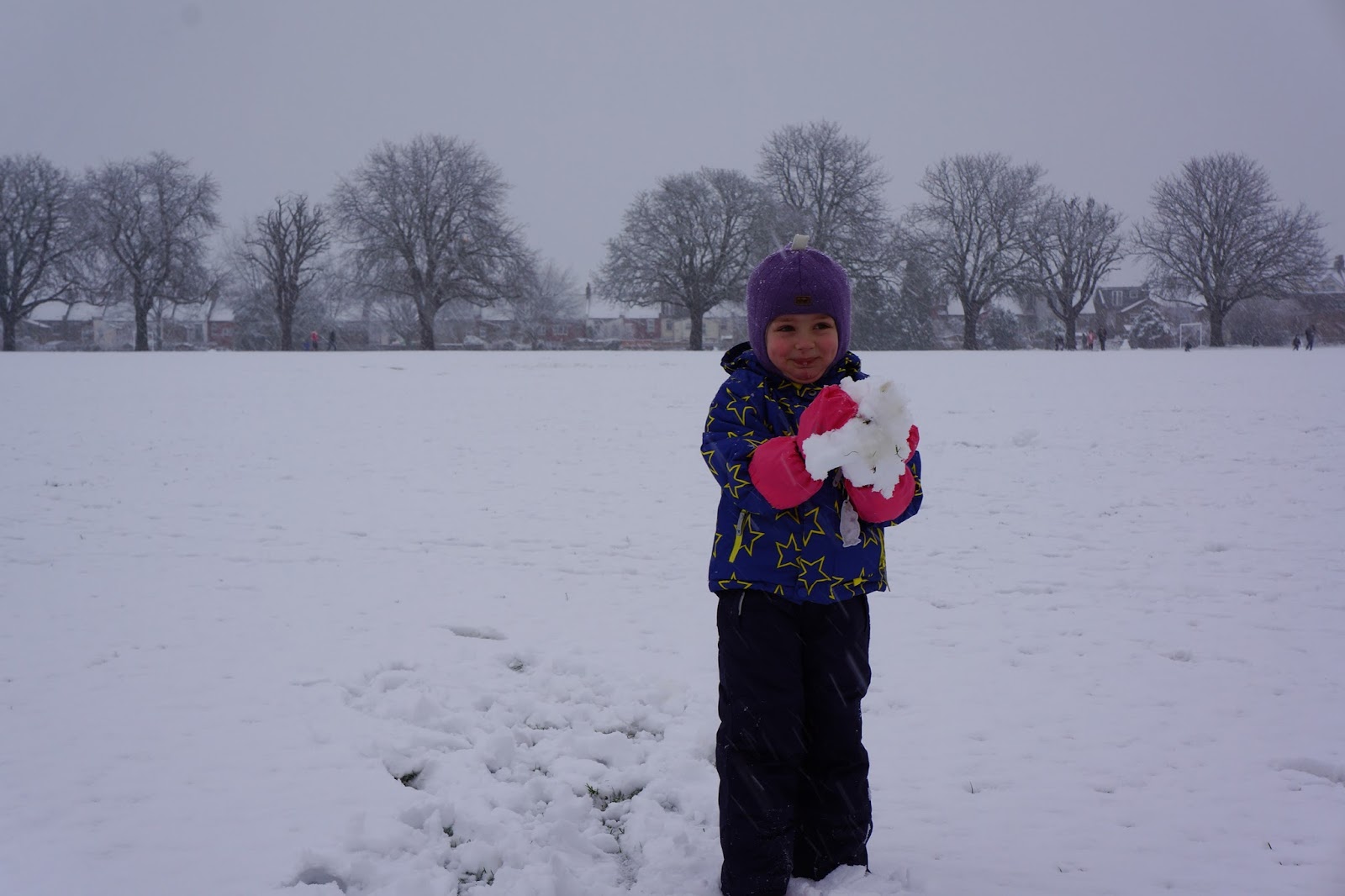 But anyway, after a quick breakfast biccie and a bit more persuasion, off we went to the local park to build.... a pony. Because what else would a My Little Pony- mad child want to build? The hair and tail was made from twigs, the eyes from mini snowballs, and it got many admiring looks from passers-by. And in the end, it was difficult to get Aili to leave the park, as she wanted to stay there to cuddle and kiss her pony. Not to mention, when she realised we had forgot to make a cutie-mark, we nearly had to turn back! 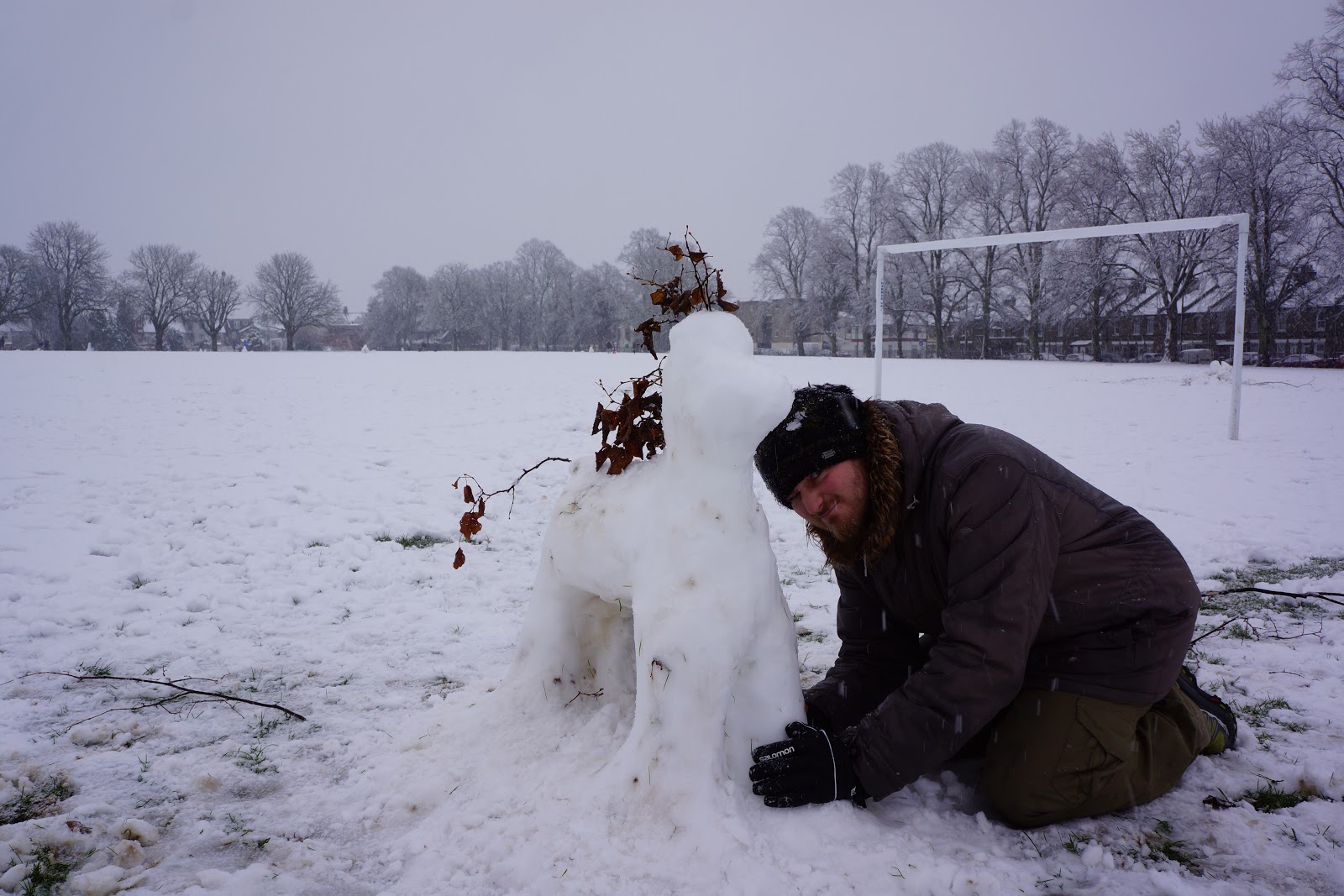 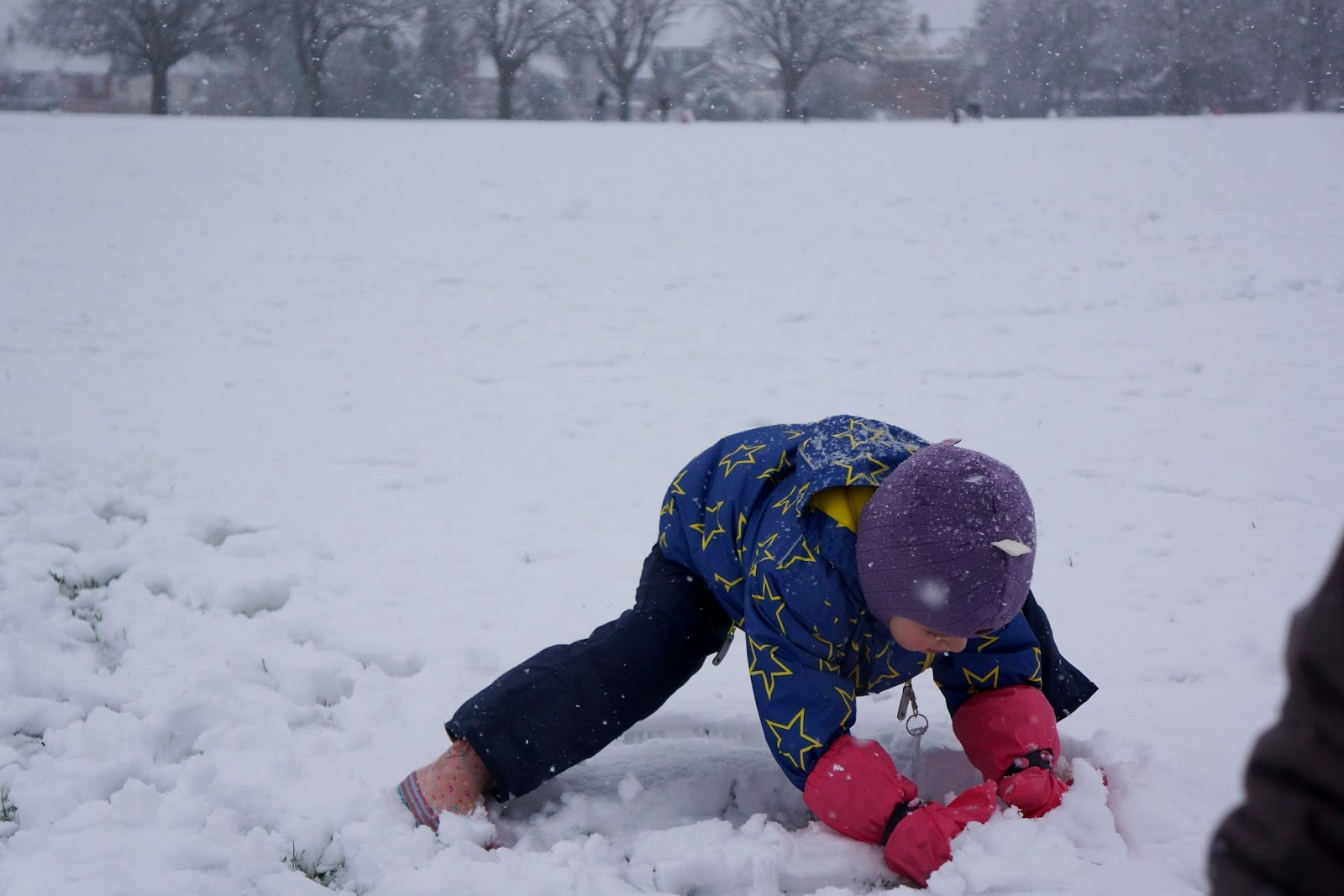 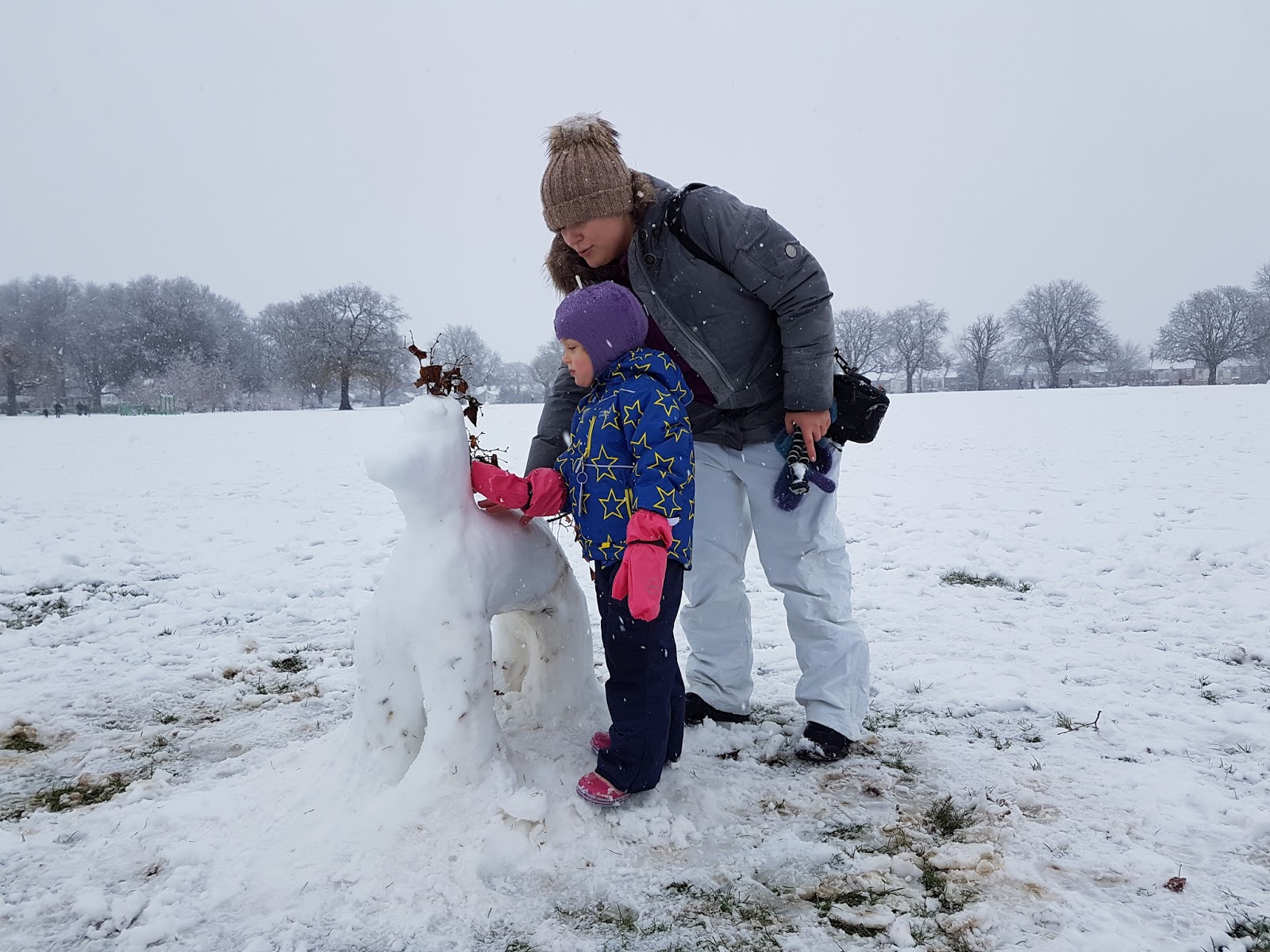 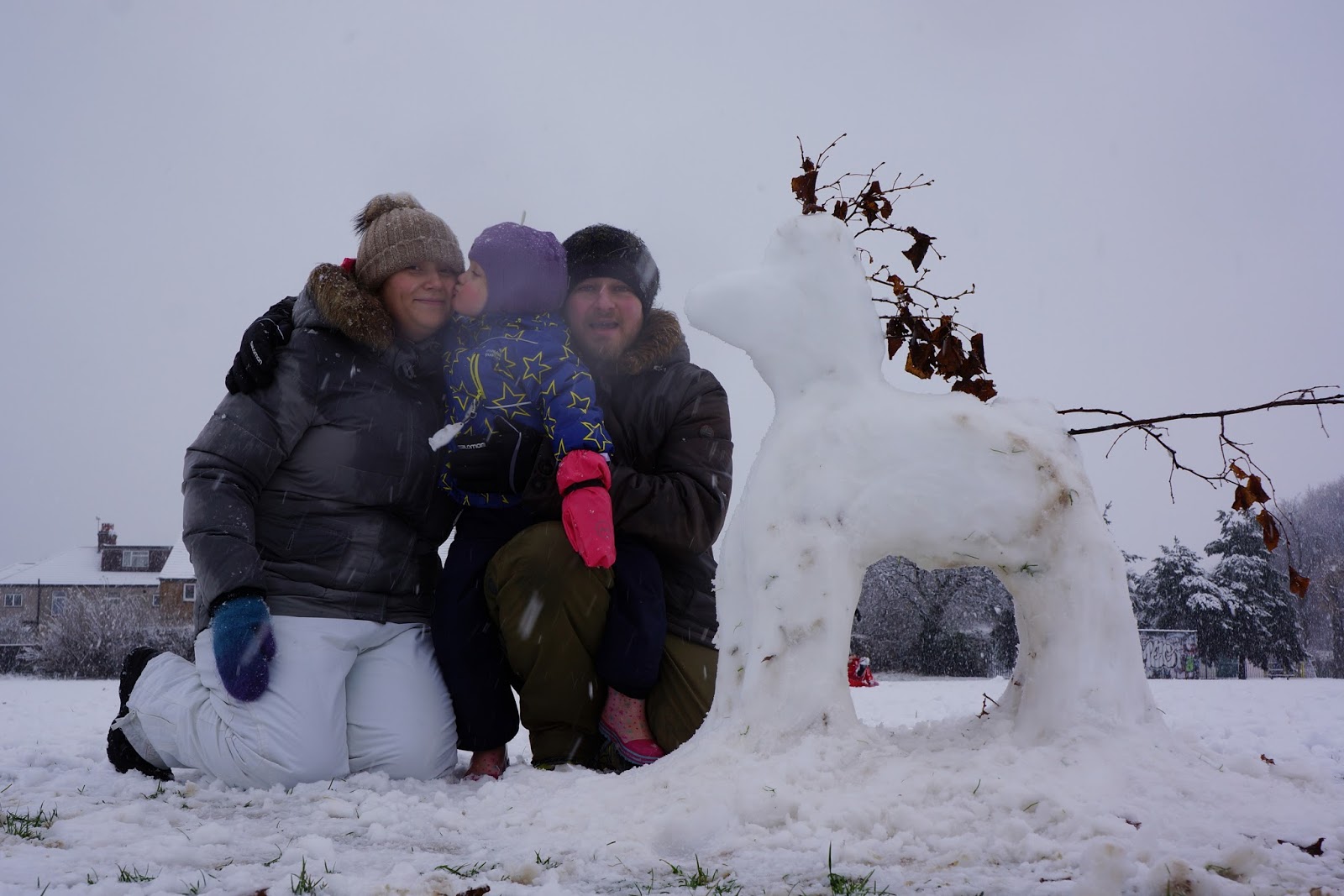 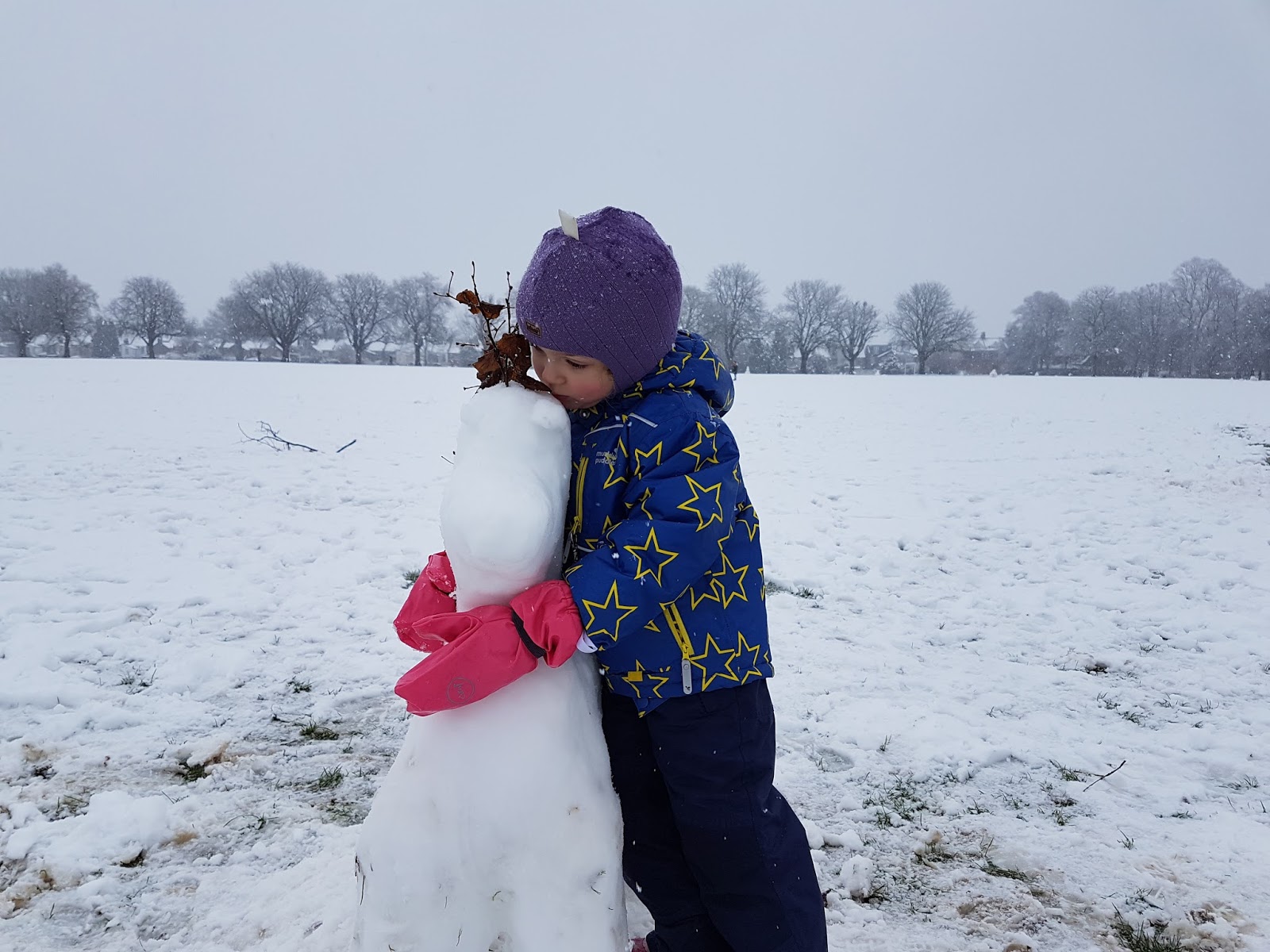 After more than an hour out we were thoroughly soaked and our cold toes really needed some warmth. A cup of hot chocolate with marshmallows home was just what the doctor ordered!

Now we're just left wondering how the rest of the week will go - as is usual, when there is even a smattering of snow, London seems to grind to a standstill, the shops are empty after panic purchases of all the bread and milk and eggs, and the trains and schools grind to a halt...

Did you enjoy the snow?