Our baby is here!

This is just a quick post to announce the birth of our second-born - our darling little daughter number two! She was born on 27th May, 8.29PM, weighing 3695 grams (that's 8'1 lbs for those of you not used to the metric system). 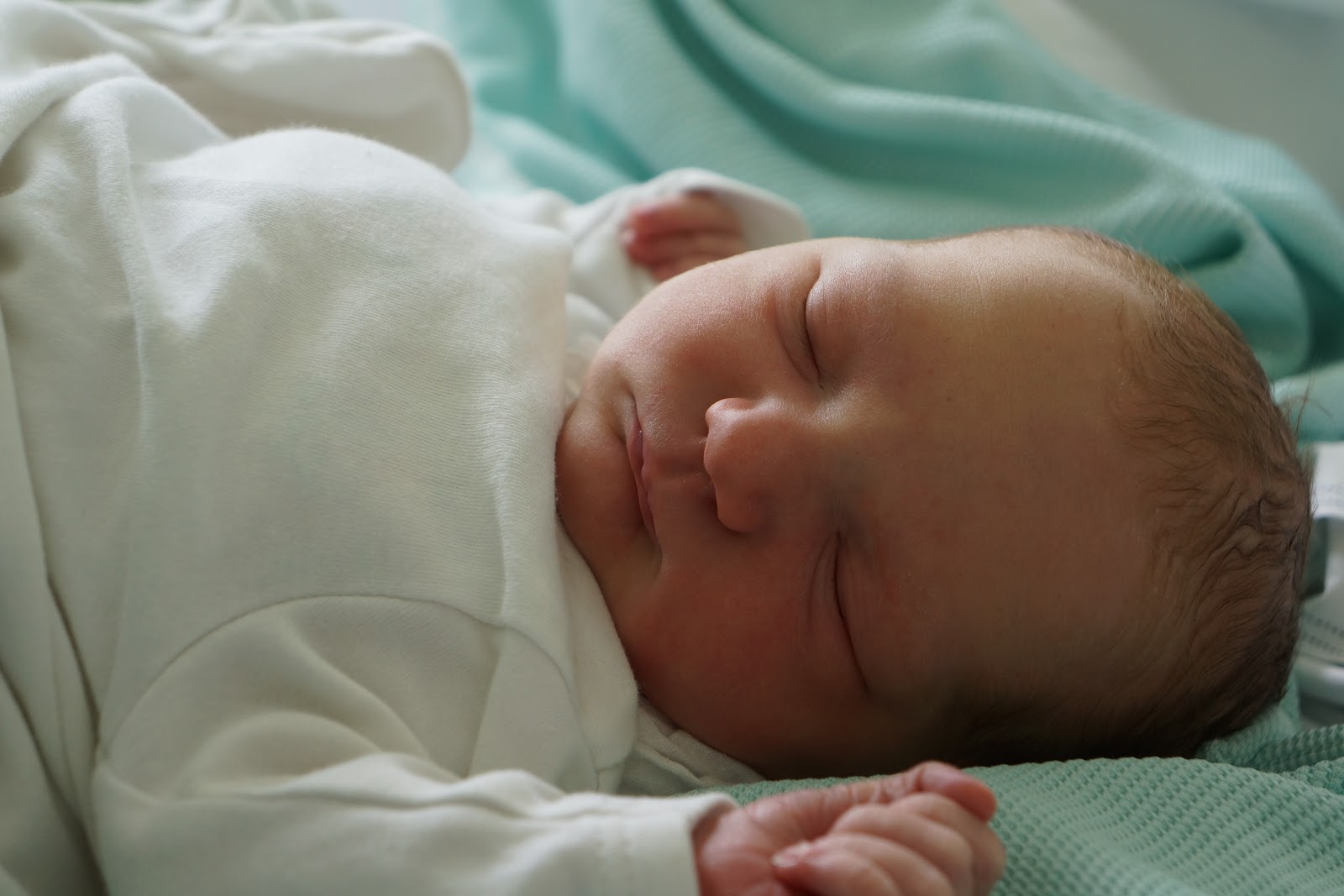 As usual, I was supposed to update here a lot sooner and a lot more in detail, but time has just slipped away. As it does with newborns... Not to mention long hospital stays!

On Saturday the 26th May I was off for an induction. I wasn't really looking forward to it, considering the train wreck my first labour was. More on that later, perhaps.

This time the birthing went really well though. I do want to write a proper birth story at some point (and I did a vlog too!), so definitely more on this experience later. It did go really well, all things considering, and my pain was managed really well and the birth went excellently. It was all mostly calm and afterwards I walked to the shower on my own and I felt perfectly fine. Yes, I was tired, a bit sore, but all in all, it was a walk in the park compared to my first labour. 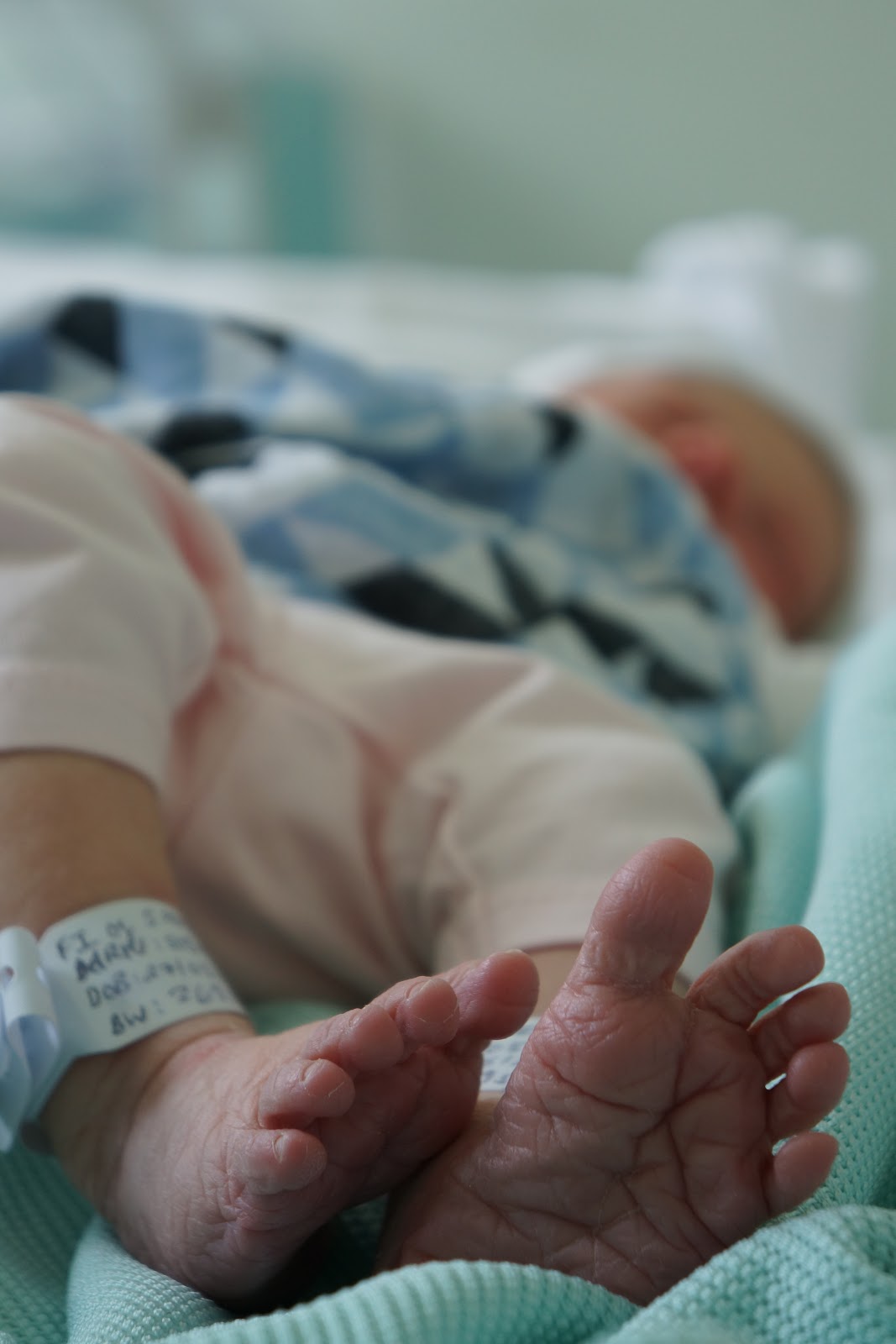 As everything went so well I had been expecting to leave the following day. Our expected 12 hour observations turned into five days in the end though...

Once we got out from the labour ward, paediatricians took a cautious approach and wanted us to remain in hospital for added monitoring. In this pregnancy I had these blood antibodies - essentially meaning that during pregnancy my blood could have attacked the baby's blood, causing her to become anaemic and jaundiced. To monitor this condition we had to stay in for a few days ensuring that her blood works were staying in the normal ranges before being discharged. Thankfully, all stayed normal and we only have to go back to check them again in a couple of weeks and that should hopefully be that.

Separately, I also had GBS infection. Because of (as paediatricians put it) a combination of minor "markers", they felt precautionary IV antibiotics should be given while waiting for blood results on whether or not our baby had an infection. Thankfully, she didn't.

So, five days we were there... The time both flew by and passed painfully slow. There were so many appointments and tests, and then of course breastfeeding tribulations, and I was really missing my home comforts and my big baby, the new big sister waiting to spend time with her baby sister.

As far as a hospital stays went, it was probably the best of a bad bunch as we had our own, rather big room, at the birth centre and could have privacy and rest, much more so than at a busy postnatal ward. I spent my down time mostly eating, sleeping and taking photos. I didn't really venture out much, other than to the SBCU, and I have to say that those cultures that still practice lying-in are probably taking the right approach to maternal recovery!

So, that was that. After five days at the hospital we finally got to go back home. And here we are. Enjoying life as a family of four. And it is wonderful. 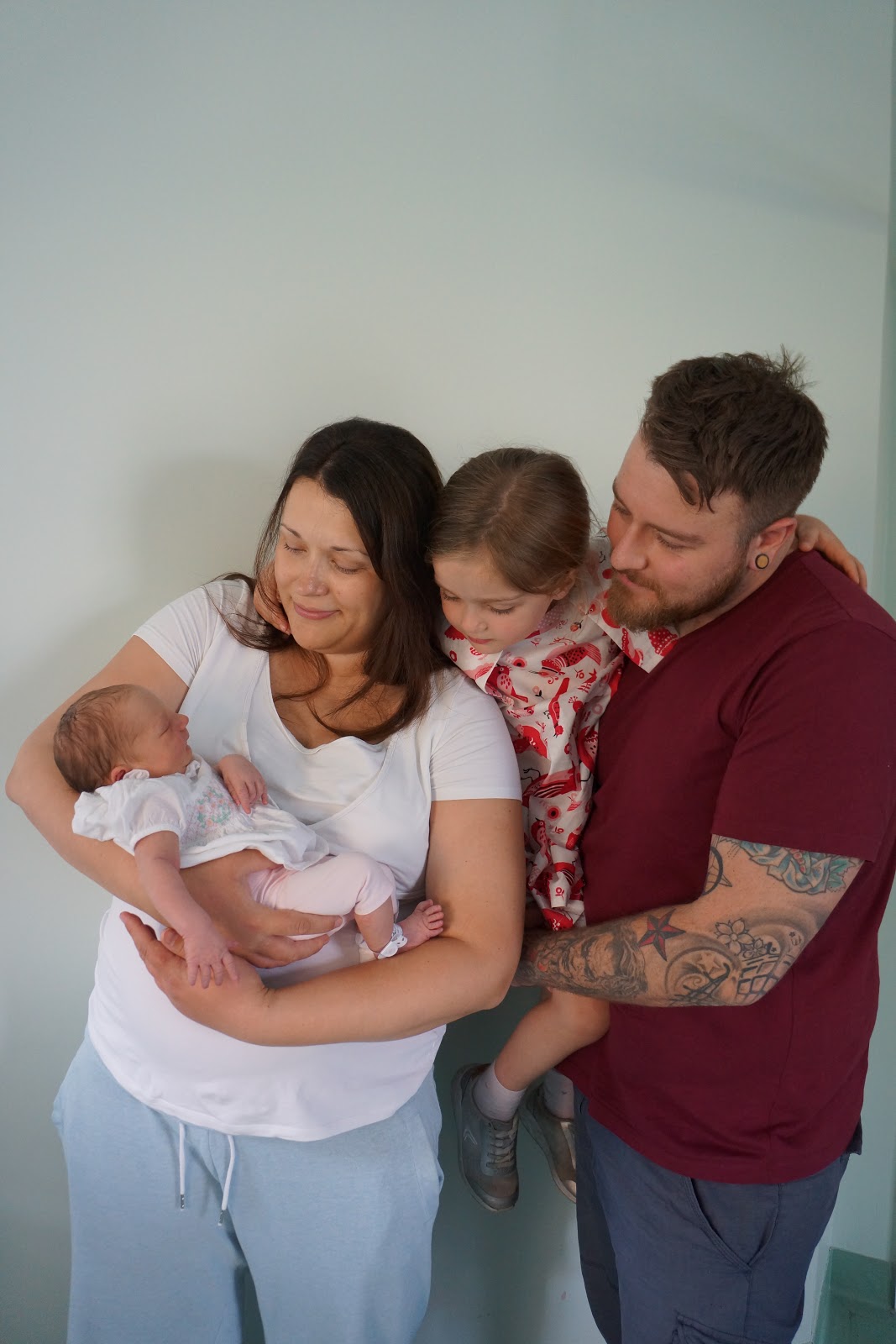