Musical and imaginative: Reviewing What the Ladybird Heard

We were invited to review the theatrical adaptation of What the Ladybird Heard, a beloved book by Julia Donaldson and illustrated by Lydia Monks, at Palace Theatre. We visited as part of Kids Week, an annual August promotion where kids go free with a paying adult, but What the Ladybird Heard will also go on UK tour for the rest of the year, and will return back to West end in the summer!
I had my three year old daughter with me, who sat through the show mesmerised. When asked what she thought of the show, her one word review was: "Good".
She is a lady of few words, alas, let me review it on her behalf then! 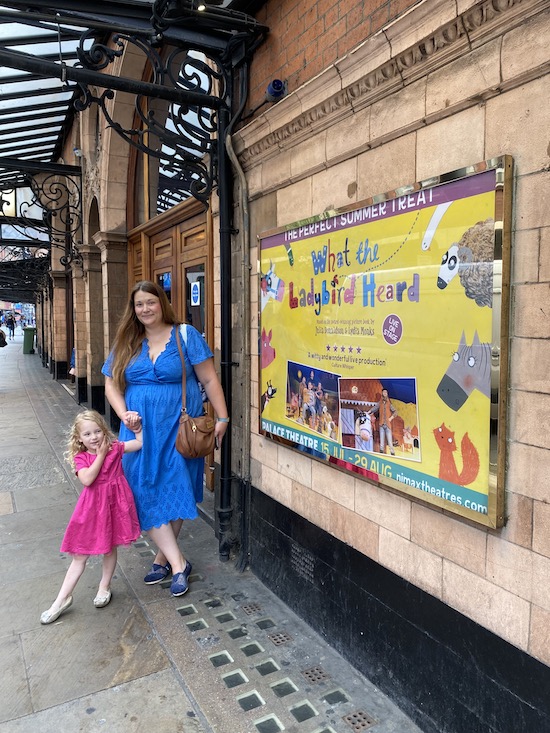 There were plenty of things to like about What the Ladybird Heard. The stage has been adapted to look like the storybook, apparently with the guidance from Lydia Monks. Part of the play includes looking for the ladybird on the stage, where she appears in different places. The kids in the audience had a great time interacting with this part of the play, trying to spot where the ladybird was.
One of the beginning acts of the play included the cast members forming the farm animals using the items on the stage. I must admit, at first I thought it was a bit strange, but then I got into it and it was a delight to see how a wheelbarrow became a pig, and a bicycle, a mop and a bucket became a horse, and so on. Kids absolutely loved this, and it felt like such a child-friendly way of getting the kids into the magic of the make-believe and theatre.
In addition, I absolutely loved the musicality of the show. I enjoyed the songs - they were catchy and fun and well performed. It was also wonderful to see several instruments used and played during the play.
There were a couple of things I wasn't too sure about, and didn't think worked as well as they could have. The play started with the cast choosing an "audience member" as a volunteer to fill in one of the roles. There were a couple bits of slap stick humour and fart jokes to appease the older kids, and it then proceeded with explaining the premise of the "fine prize cow". I must say I couldn't quite always follow the story or the jokes, and I did think more could have been made about the interactivity of the poem "and the cow said MOO! and the hen said "CLUCK!..." bits, and I'm sure the kids would have appreciated being drawn into that - at least that's one of the favourite parts for my kids. 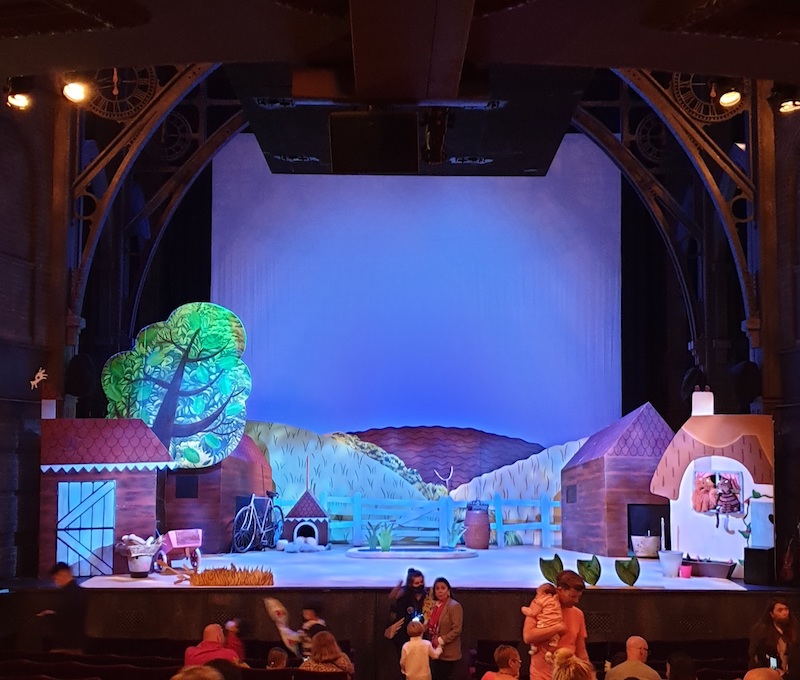 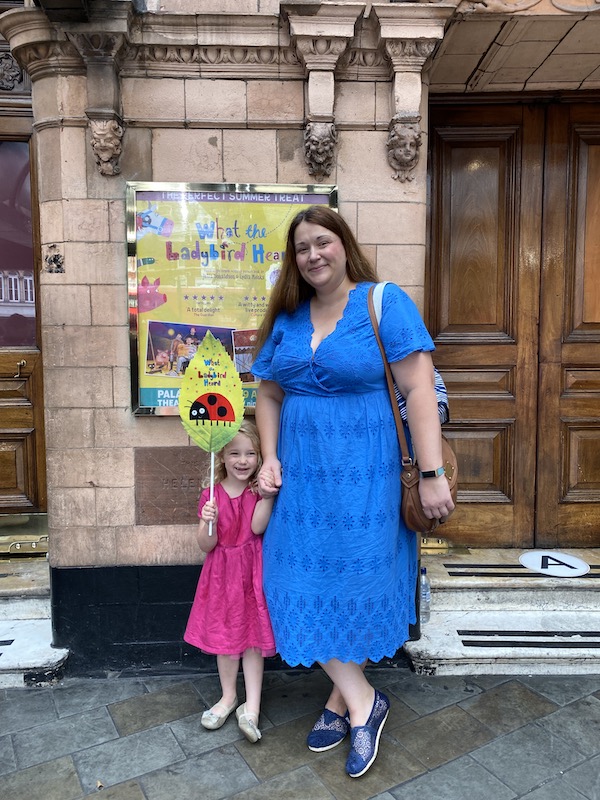 We visited Palace Theatre, which is close to Leicester Square and Covent Garden. It has good bathroom facilities and a cloakroom. Before the play the staff definitely made quite the push for merchandise. As I didn't want my kid to feel left out I forked £3.5 for a What the Ladybird Heard branded stick, that most kids in the audience were waving around. You could see quite a few of these around Covent Garden and SoHo after the play as well as all the families dispersed to continue their day out in the vicinity of the theatre - so it served as good marketing for the play too.
All in all, it was a great piece of children's theatre, and I am not surprised that it is one of those long-standing and well-thought of plays in UK!

You might also like: Lively and energetic: Our review of the Tiger Who Came to Tea and Our day with the dinosaurs in London: Reviewing Dinosaurs World Live