This year is THE YEAR for great Harry Potter related gifts - it is after all the 20th anniversary of the first Harry Potter film. With that in mind I wanted to write a quick gift guide to the best gifts available in 2021 for any of you Potter-heads out there for last minute shopping. I will include toys, Lego and family activities, so there are plenty of Harry Potter gift ideas suitable for kids here. In addition many of the gifts are suitable for other ages too - such as food and merchandise ideas for Harry Potter fans.
Some of these links are affiliates - this means if you click and buy through them I get a small fee at no extra cost to you. 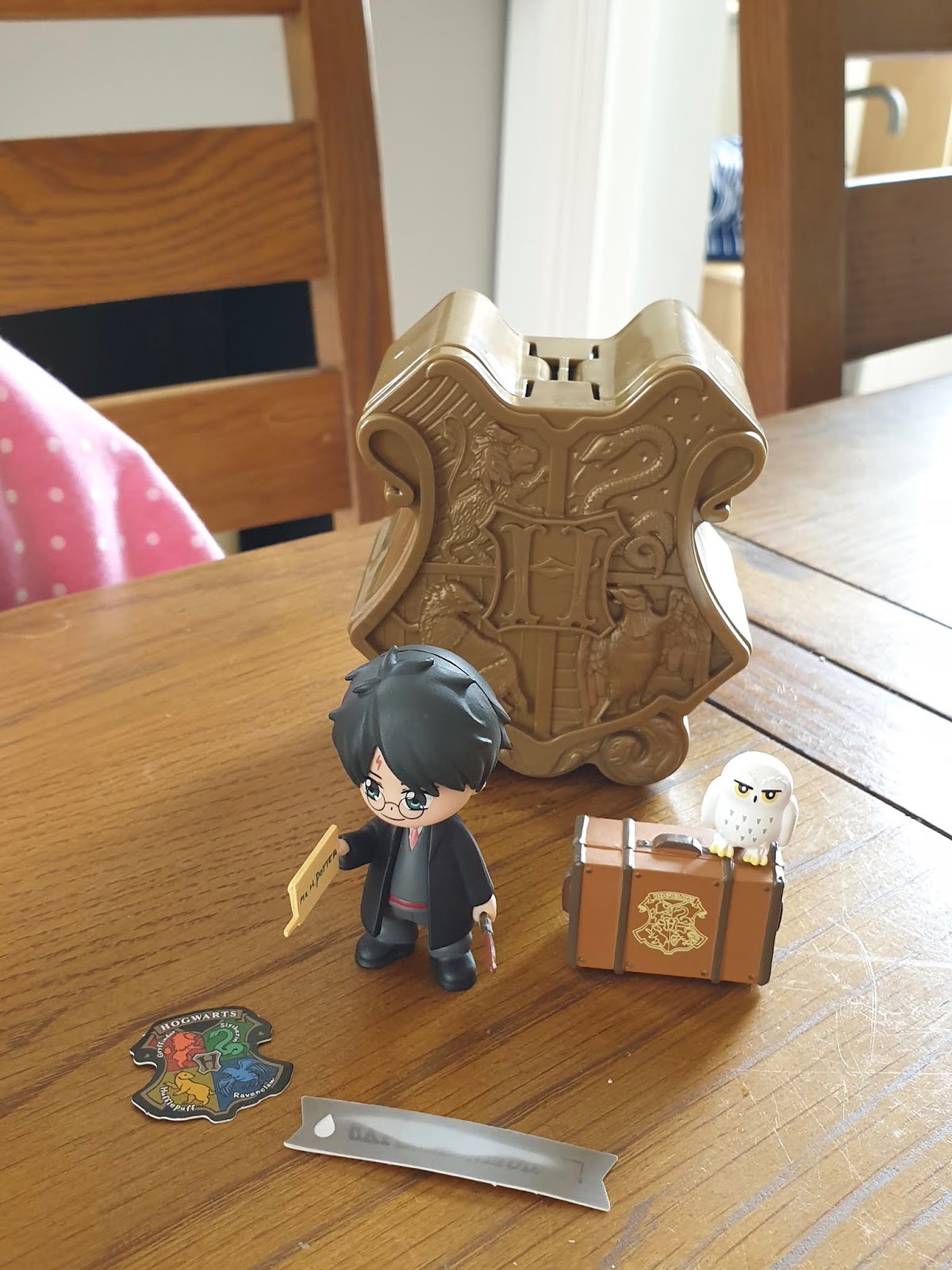 You might think the books are a bit redundant as everyone has them already, but Mina Lima has come out with these exquisite, beautifully illustrated pop-up books. They truly are works of art and a great upgrade to an existing, well-leafed through book. Currently there are the first and second book available, and they come out yearly.

Harry Potter Pictionary Air - Fantastically fun game where you draw in the air using a wand and try to guess what the image is. The image can be viewed in your mobile phone (with the free Pictionary app) just like magic. The cards are inspired by Harry Potter, and you play as different houses from Hogwarts. Who ever guesses wins.
Harry Potter Wizarding Quiz Game - This is a card-free push-a-button type of a Trivia quiz. It is great fun with kids and ensures there is no cheating by sneaking a look at the cards. Two to four players, there are 1,000 questions and two levels of difficulty.
Harry Potter Catch the Snitch - This is a chaotic game, suitable for older kids and do move away all your valuables and glassware from the vicinity! It's a mixture of a card game and an activity game. There is a Snitch - you never know when it will pop and you have to catch it. You might also be given a pair of Bludger cards, which means you have to throw the Bludger at your opponent who have to try swat it away, or lose their cards! Fun, but a bit chaotic and complex so 8+ years of age.

There are fantastic food items available too, and these would make for great stocking fillers, Secret Santa gifts, or just little additional packages. 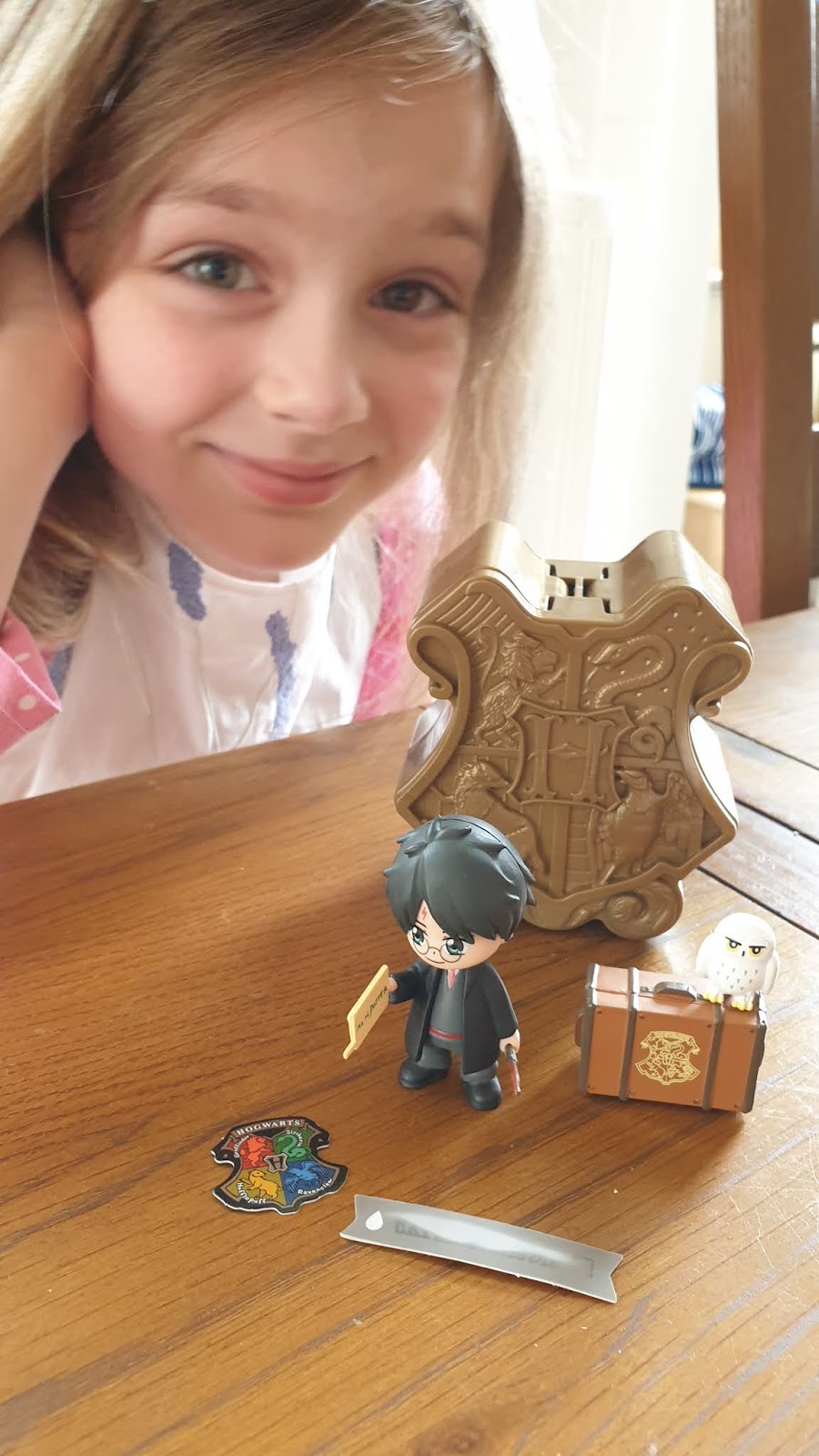 Loads and loads of toys available of course - but the most joy my kids have had are from the dolls, and little collectables so those are the ones I recommend. You might also be interested in seeing a review I've made of one of the collectibles - Harry Potter Magical Capsules and how they work.

If you love Lego and Harry Potter you are in luck this year as there are so many new sets. It is worth checking Lego's own Harry Potter site, particularly if you are making large purchases, as they often have additional freebies. But for smaller value items Amazon do great deals:

This year you are in luck as there are so many fantastic clothing selections, especially for kids. I recommend looking at:
Marks and Spencers Harry Potter clothing collections - I especially like the Personalised House Hoodies, and Harry Potter onesies. Plenty of pyjamas over here too!
Cath Kidston Harry Potter collection is worth a look too. They aren't on the nose Harry Potter, and have that Cath Kidston look to them. I particularly like the Luna Tiered Dress for kids and HoneyDukes pyjamas, but there are accessories and tableware too!
So I hope you found something you like - there is so much to choose currently that it is difficult to weed out the fluff! If you are a fan of Harry Potter you might also like to check some of my other posts - What to do with Harry Potter Magical Capsules and At Christmas Pig book signing event with J.K. Rowling 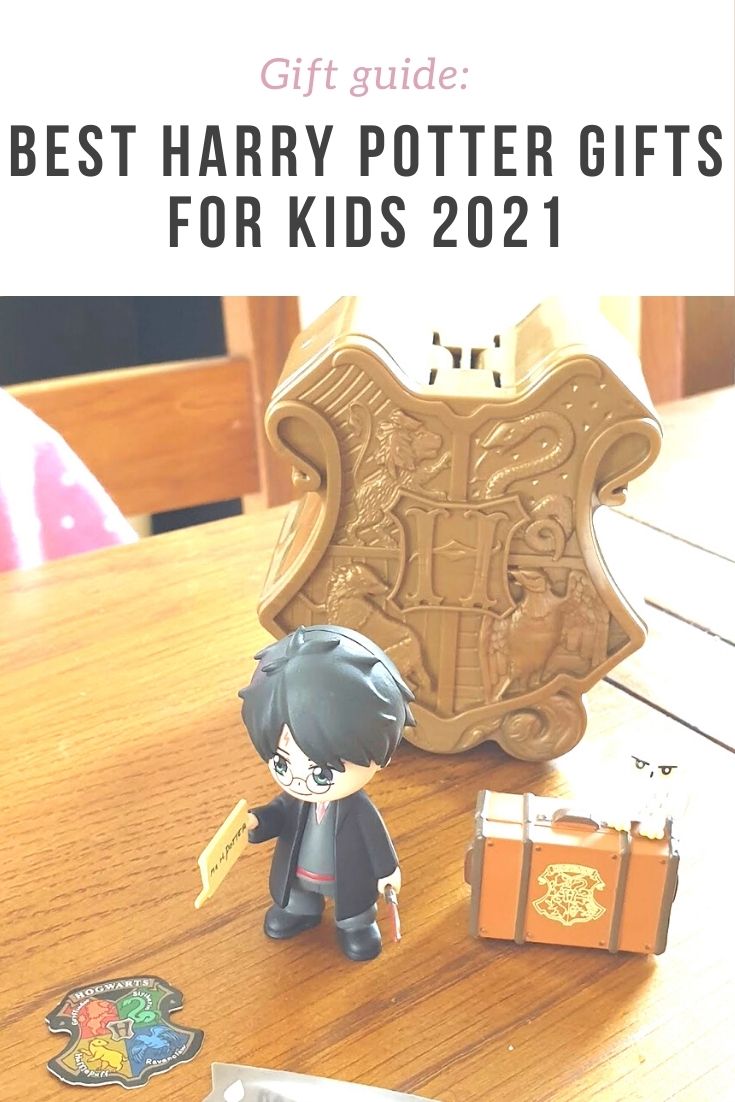 You might also like: What to do with Harry Potter Magical Capsules and At Christmas Pig book signing event with J.K. Rowling