Review of The Nutcracker: The confusing version by English National Ballet 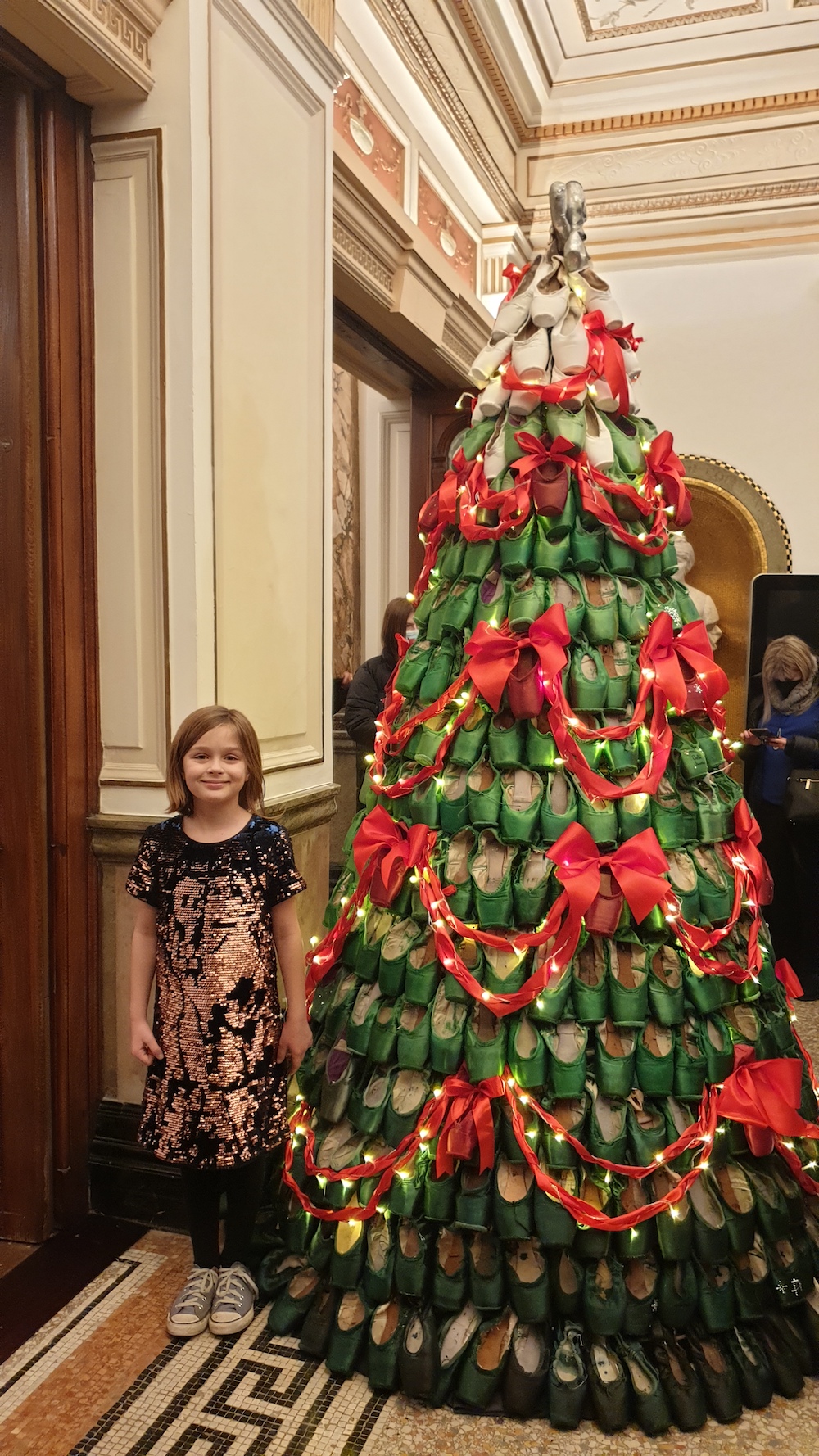 The Nutcracker is a great ballet to introduce kids to. It is probably one of the easiest for kids and people new to ballet to get to grips with. The story line is very simple - a big family gathering at Christmas Eve, the daughter of the family receives a nutcracker as a gift from her Uncle Drosselmeyer, her naughty little brother breaks it, the uncle fixes it, and then when Clara goes to sleep it magically wakes up and off they go on adventures. The second act is almost wholly plotless, and is largely a collection of separate dances showcasing different techniques and styles, so manages to keep short attention spans up.
That said, I wouldn't necessarily recommend The Nutcracker for children younger than eight. You know your kids of course, and a child who is obsessed with ballet might be able to sit through it relatively young, but it can be a bit difficult for younger ones. Late tweens and early teens are probably better as they start to appreciate it more. My eight year old for example thought it was a bit boring.

If you are taking kids, English National Ballet has a fantastic accessibility scheme. Children under the age of 16 get half price tickets to all their shows, including The Nutcracker.
While under fives are not allowed into see the shows, English National Ballet has one relaxed showing for kids of all ages where kids go free. This tends to be in January, one of the last shows of the season, and of course a matinee. I would imagine this to be a chaotic and noisy show, but hey, if you love ballet and have young kids, dress them in tutus and go and enjoy! 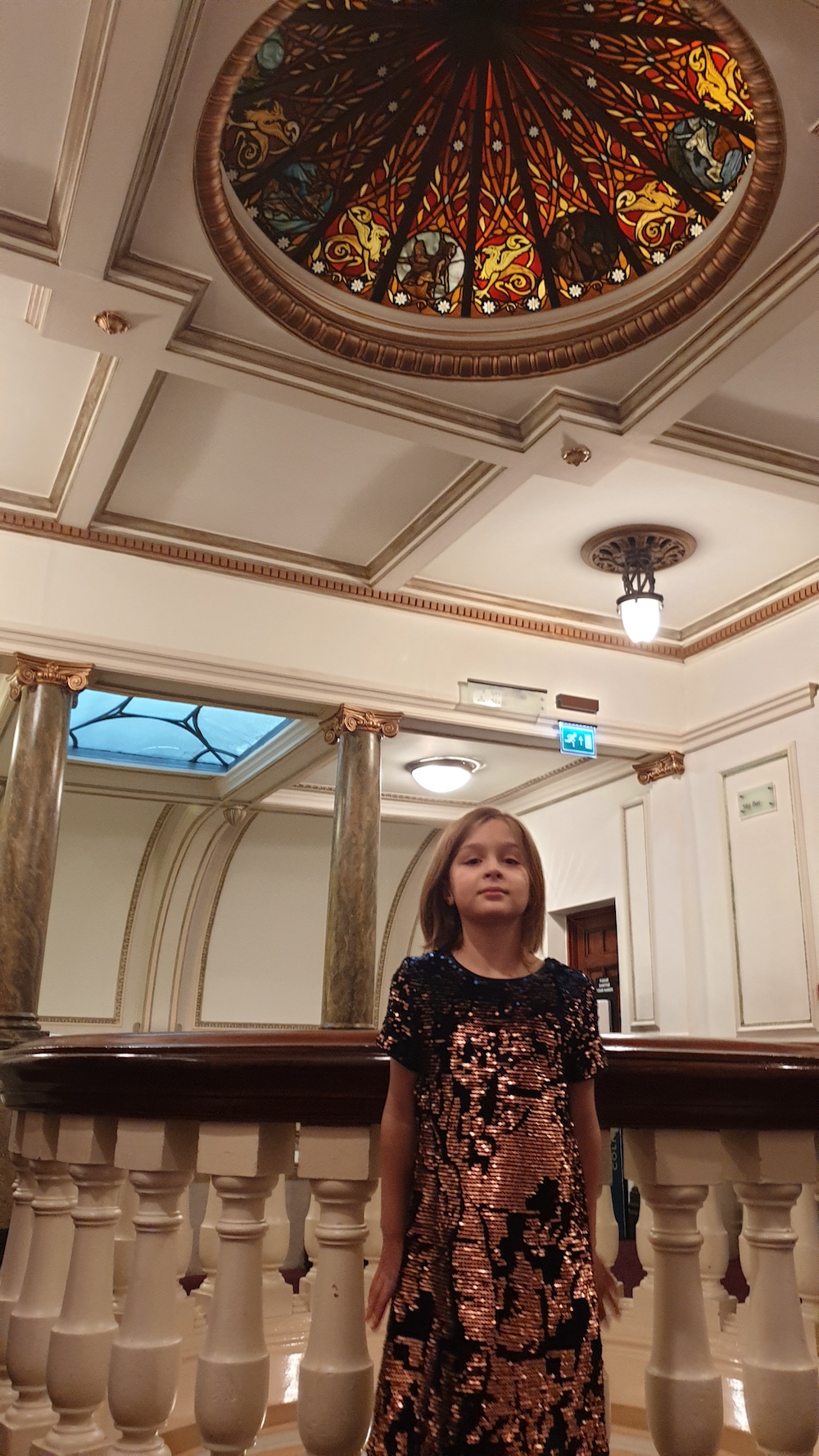 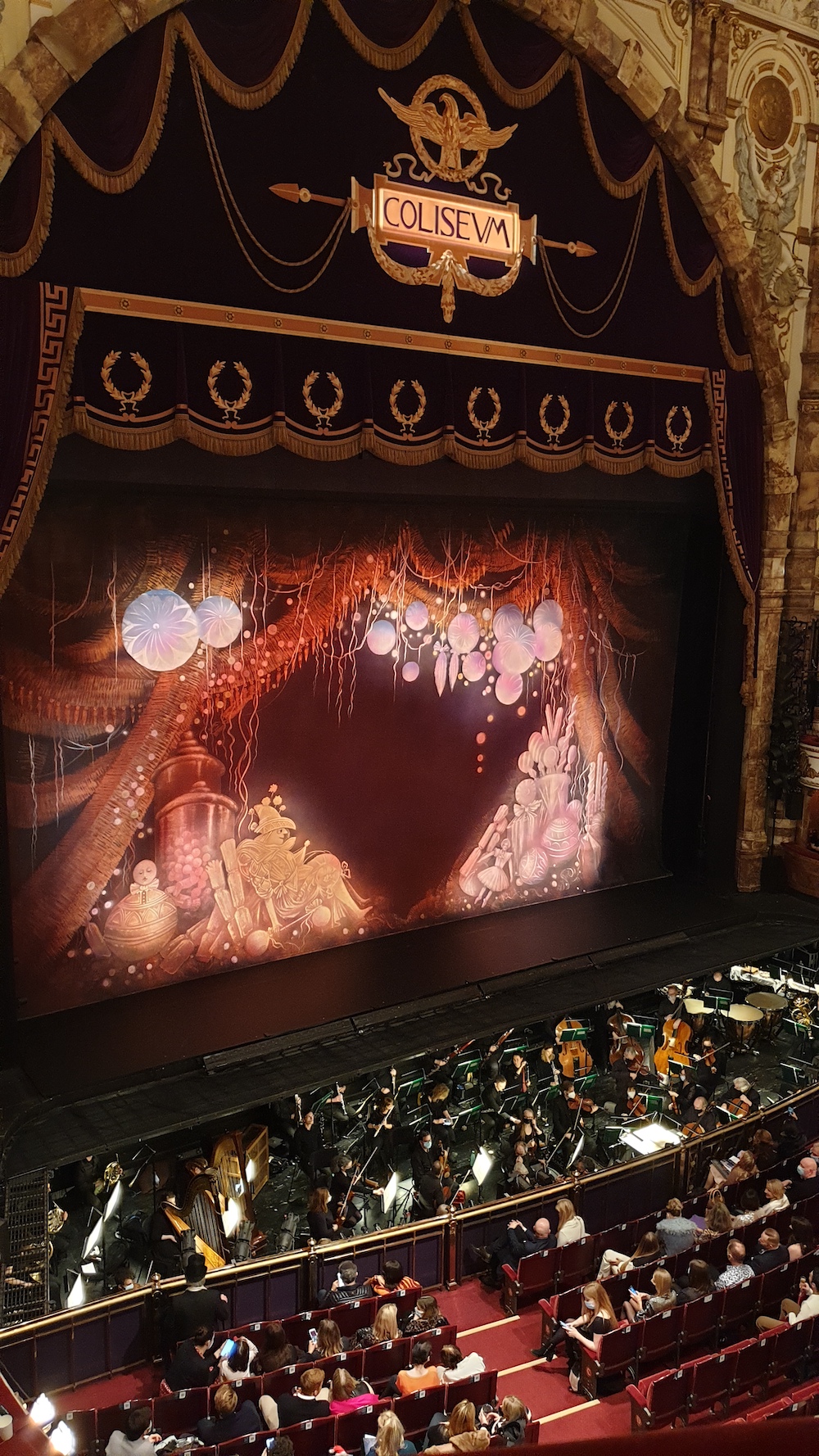 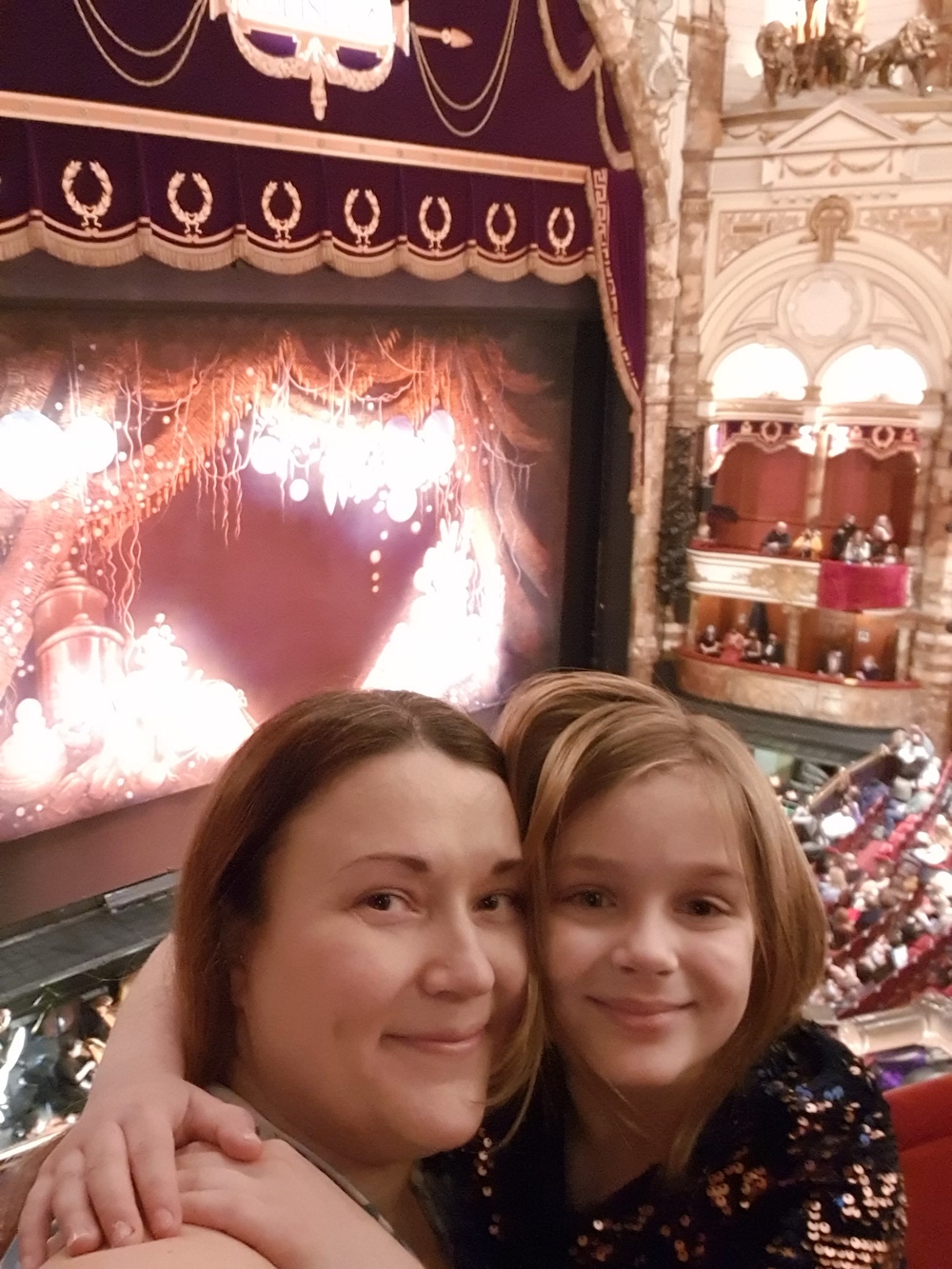 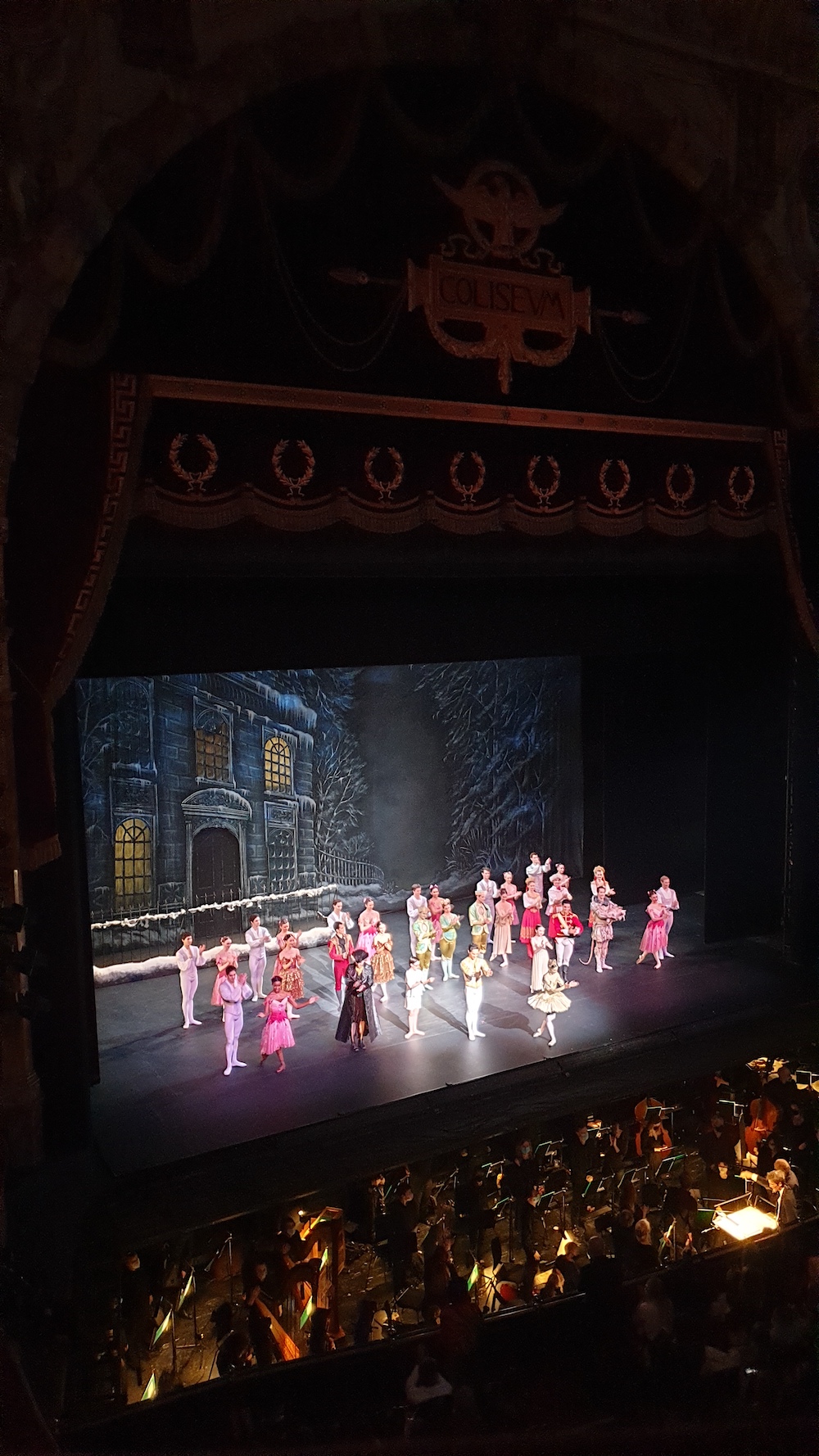 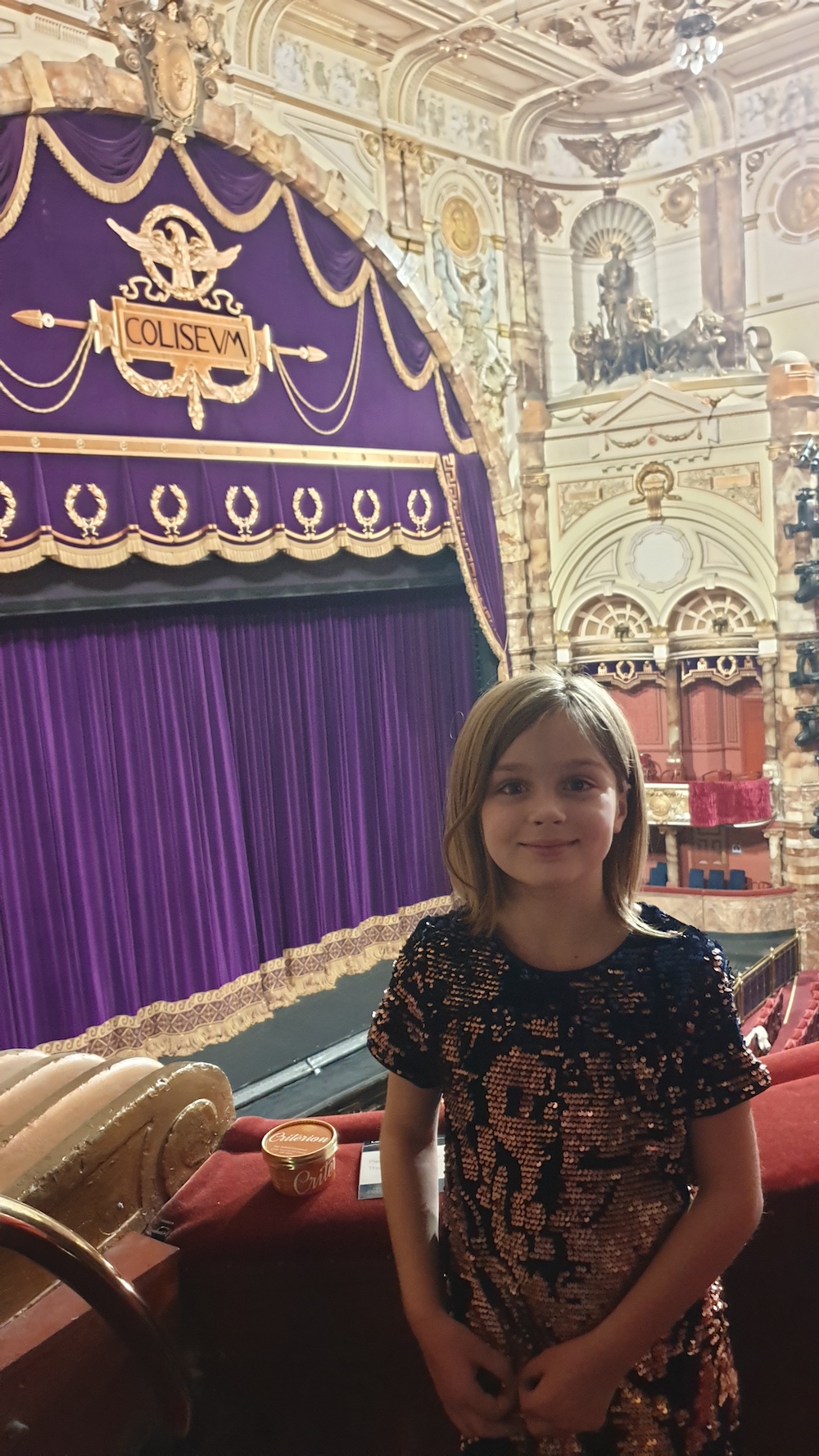 The version of The Nutcracker by English National Ballet was created by their former director Wayne Eagling in 2010, and is slightly different from the traditional one you usually see. Typically the story goes that the nutcracker Clara gets for Christmas magically becomes alive in the night, fights the mouse king, kills him, and then transforms into a real prince and whisks Clara away to his kingdom to see all kinds of wonderful visitors who dance for them.
The English National Ballet The Nutcracker differed in some aspects though, which at times was enchanting, and at times confusing and annoying. Enchanting aspects were for example the first scene of ice-skating and snow fights outside the family home. I don't think I've seen a scene like that in any previous Nutcrackers I've watched, and it was lovely.
Confusing aspect was having Uncle Drosselmeyer appear with his nephew/apprentice, a young man, who then inexplicably changes places with the now-alive nutcracker doll at times. So sometimes you have the nutcracker doll, and sometimes this young man/prince. This is probably meant to signify a that Clara is dreaming, and how in her dreams the young man she may have had a bit of a crush on is transformed into the hero of her dream, the nutcracker doll.
It brings a more adult feel to the ballet, but I must confess, I found it confusing as I was expecting for the nutcracker doll to defeat the Mouse King, turn into the prince, and take Clara away. But Mouse King is never truly defeated, there are two interchangeable heroes, and the Mouse King sneaks into the second act, menacingly hiding in the hot air balloon ride Clara and her suitor take. Why?
In particular, I felt Act II was displaced. There was no great welcoming to Clara and nutcracker/prince, so who were all the dances performed for? I mean, audience of course, but without Clara and the prince being the audience on stage, there is nothing to connect all these random dances together. The set design for Act II was also very bare. I believe there may have been the intention for it to be the puppet theatre introduced in Act I as one of the things brought by Uncle Drosselmeyer, but I don't know really.
Then Clara and the nephew come on stage as Sugarplum Fairy and her prince. Again, why? I guess dreams don't make much logical sense, and brings again forth the crush Clara might have on this young man.
In my opinion this version of The Nutcracker will be especially confusing to kids, who may expect the traditional version and who have perhaps seen that before, or read the story in one of the many picture books there is of The Nutcracker. I'm an adult and I was confused by some of the changes.
Confusing storyline aside, overall we enjoyed the atmosphere at London Coliseum, and loved the beautiful dancing. Orchestra was fantastic, and it all felt very festive and sparkly. And I appreciated the half price tickets for kids, wonderful was to increase accessibility for families and children, so well done on that ENB!Have you guys been to see The Nutcracker?
You might also like: Reviewing My Christmas Orchestral Adventure at Royal Albert Hall 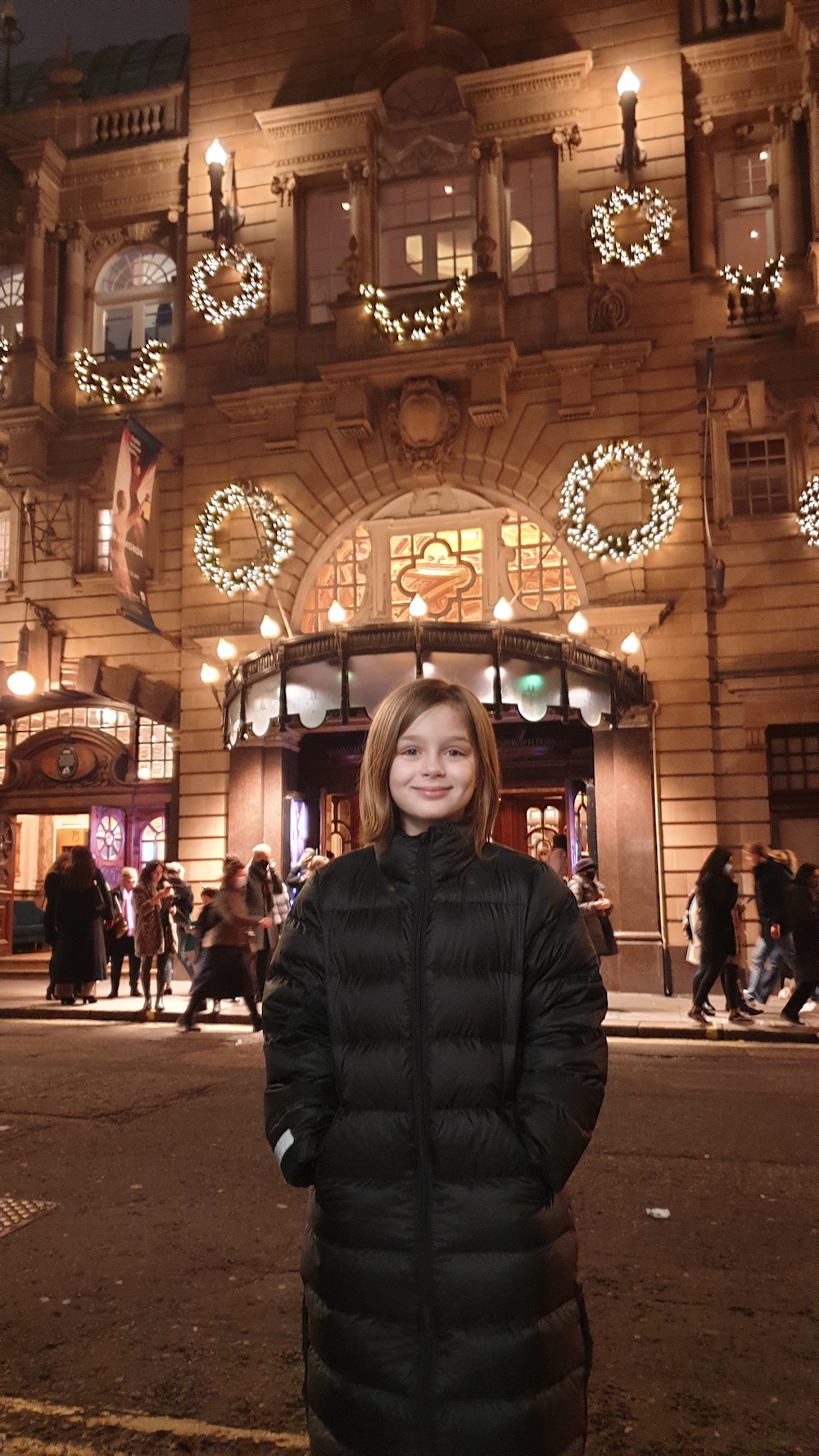 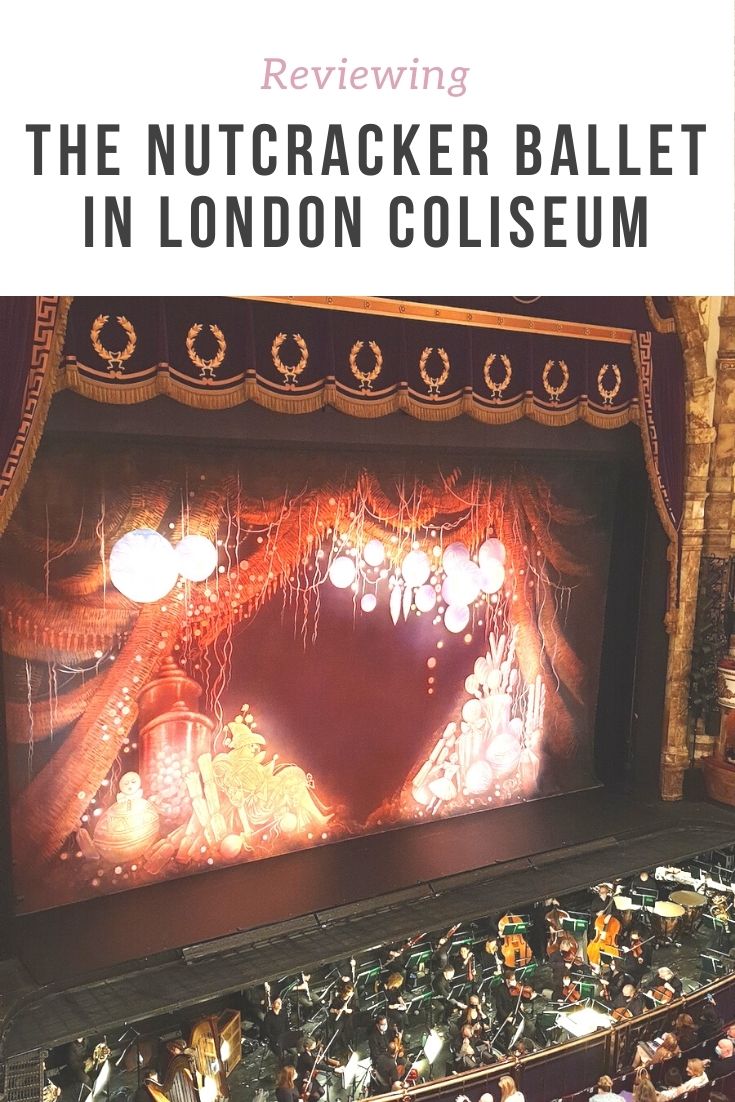 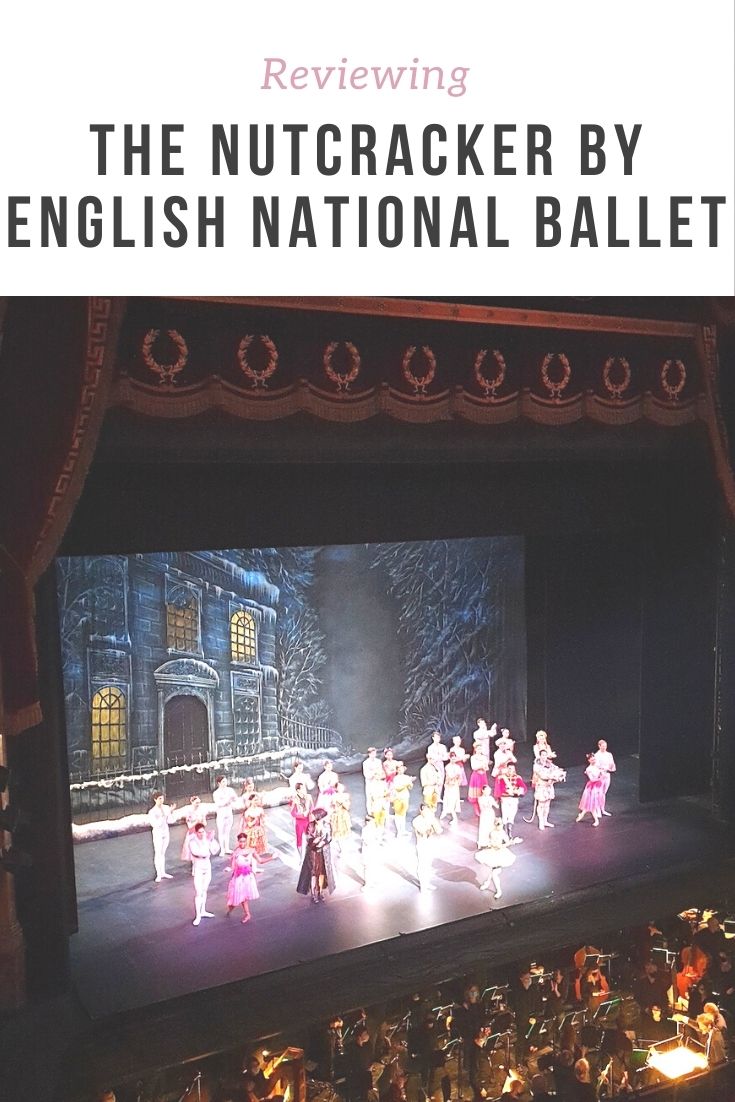