Review: Frozen the Musical at West End - the good and the bad

I took my youngest to see Frozen, the West End Musical and wow what an amazing show that was. Here is my review of the new hit musical in London and the bad rap it has had recently, what you can expect to see at Theatre Royal Drury Lane, and a few top tips on how to get cheap tickets to Frozen the Musical. 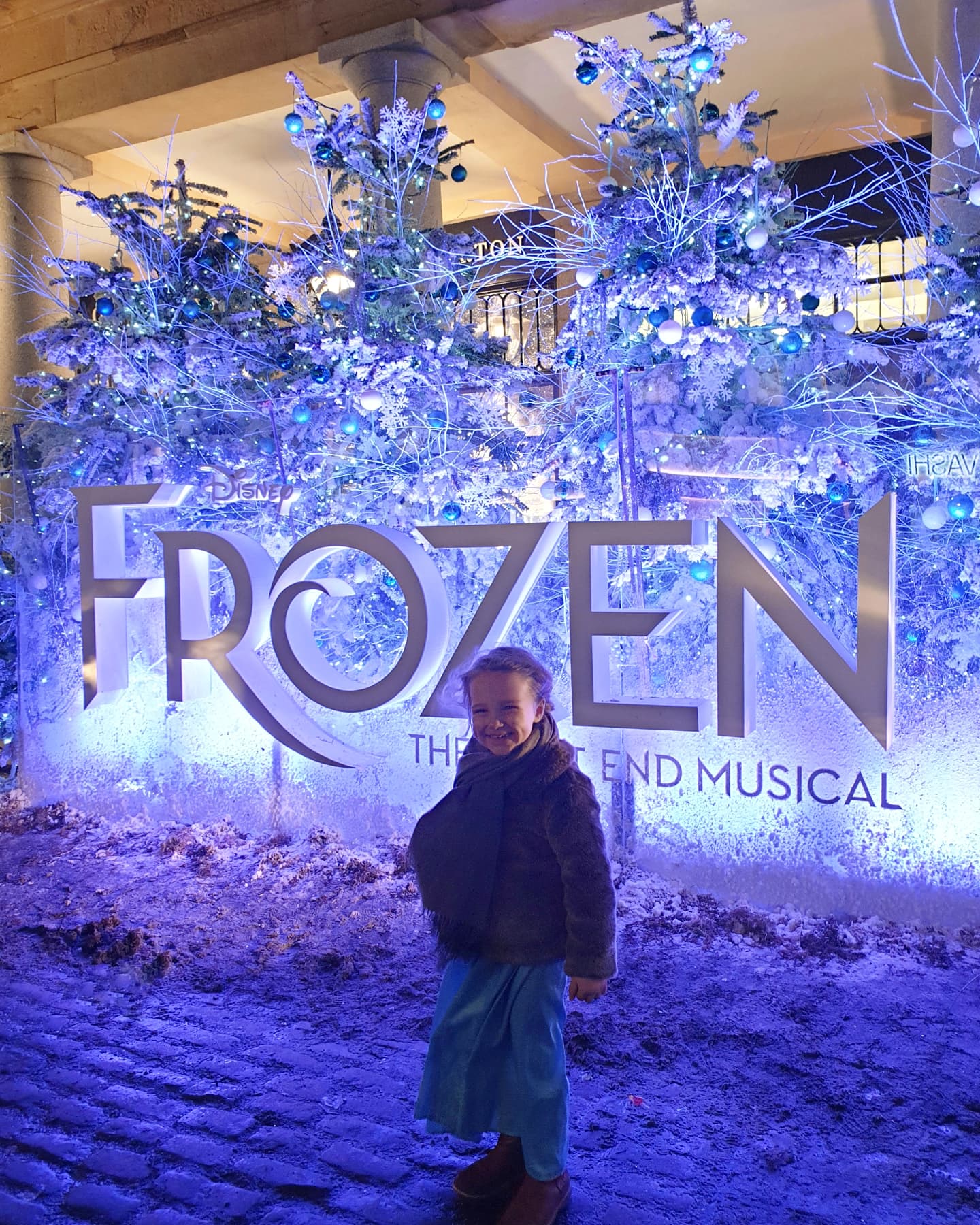 Review of Frozen the Musical at West End

The good parts of Frozen the Musical

Stage design at Frozen the Musical

I loved the stage design by Christopher Oram. The magical elements are captured so well, and have a real wow factor. Clever use of lights, strobes, smoke, pulleys and projectors transforms the stage into a magical Ice Palace in front of your eyes and Queen Elsa into the sparkling Ice Queen she is. The dress change is widely acclaimed and you can find compilations of it - it ends the first half of the musical with an amazing bang.

Music, singing and acting at Frozen the Musical

I enjoyed that there were several of the original songs but also new songs composed for the musical. The big hits like 'Love is an Open Door', 'In Summer' and of course 'Let It Go' are there but roughly 50% of the songs are new to the musical. Singing was beautiful, although some singers were a bit nasal at times. Perhaps I came on a bad day, overall I can't fault the singing though!
Some of the scenes and songs are in a different order to the film, which may or may not bother you. It did throw me off, although I appreciate the artistic reasons why it was done (basically to end the first act with a big bang).
In addition to the incredible stage design and special effects, and strong emotive singing, there were plenty of other things to like too. The little Elsa and Anna were adorable, and the relationship between the sisters captured beautifully through childhood and adulthood. It was great to see representation on stage through the use of a multiethnic cast. Samantha Banks was fantastic as Elsa. I loved Craig Gallivan as Olaf, who was just as funny as in the film and sounded exactly the same. And Sven reindeer puppetry was incredible. Talk about abs of steel, as the actor was balancing on stilts and practically planking the whole time on stage. I was a bit concerned what they would do with Sven, but they managed to create that magic too.
Now, let's come to the bad parts... sort of. 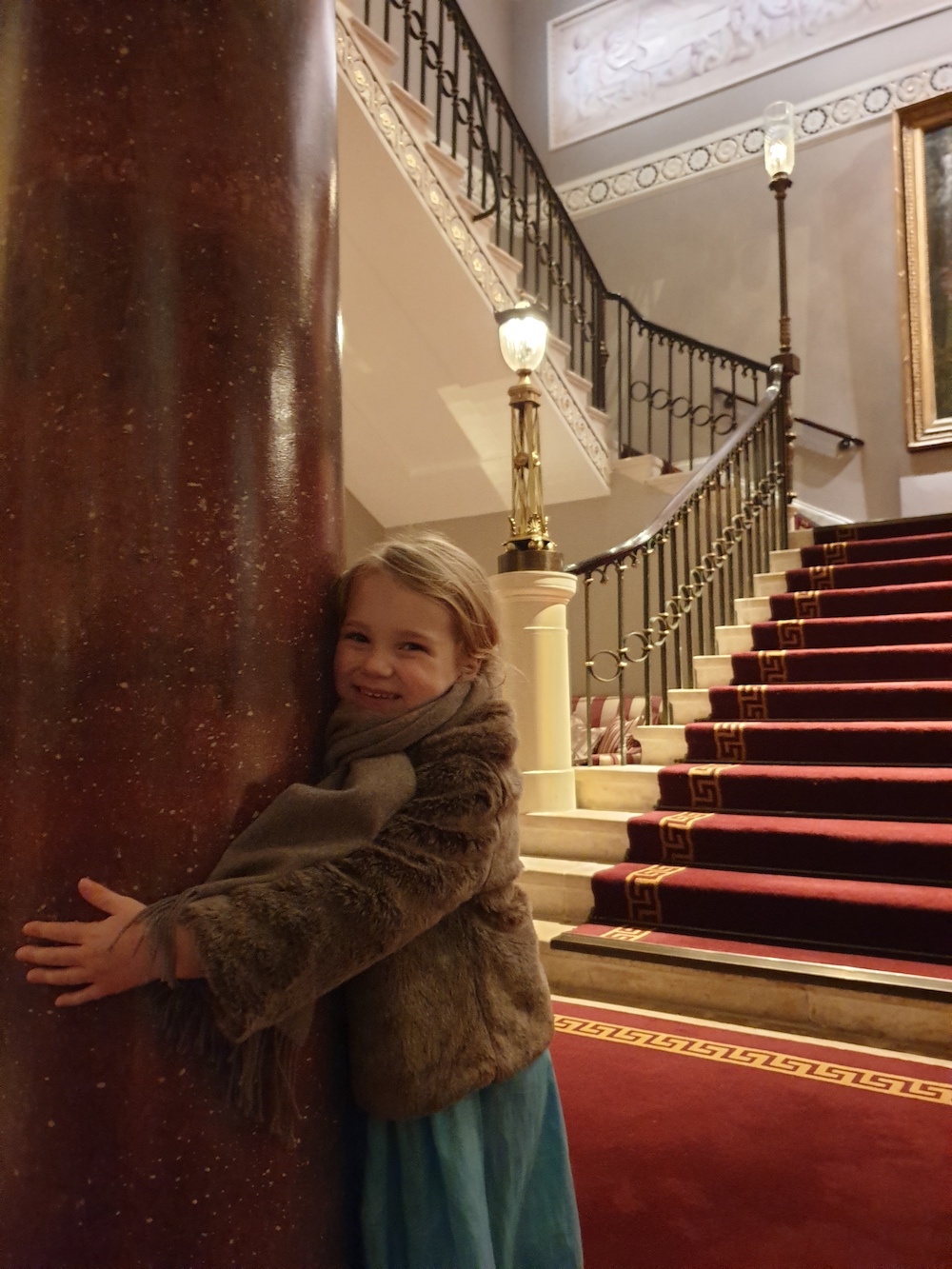 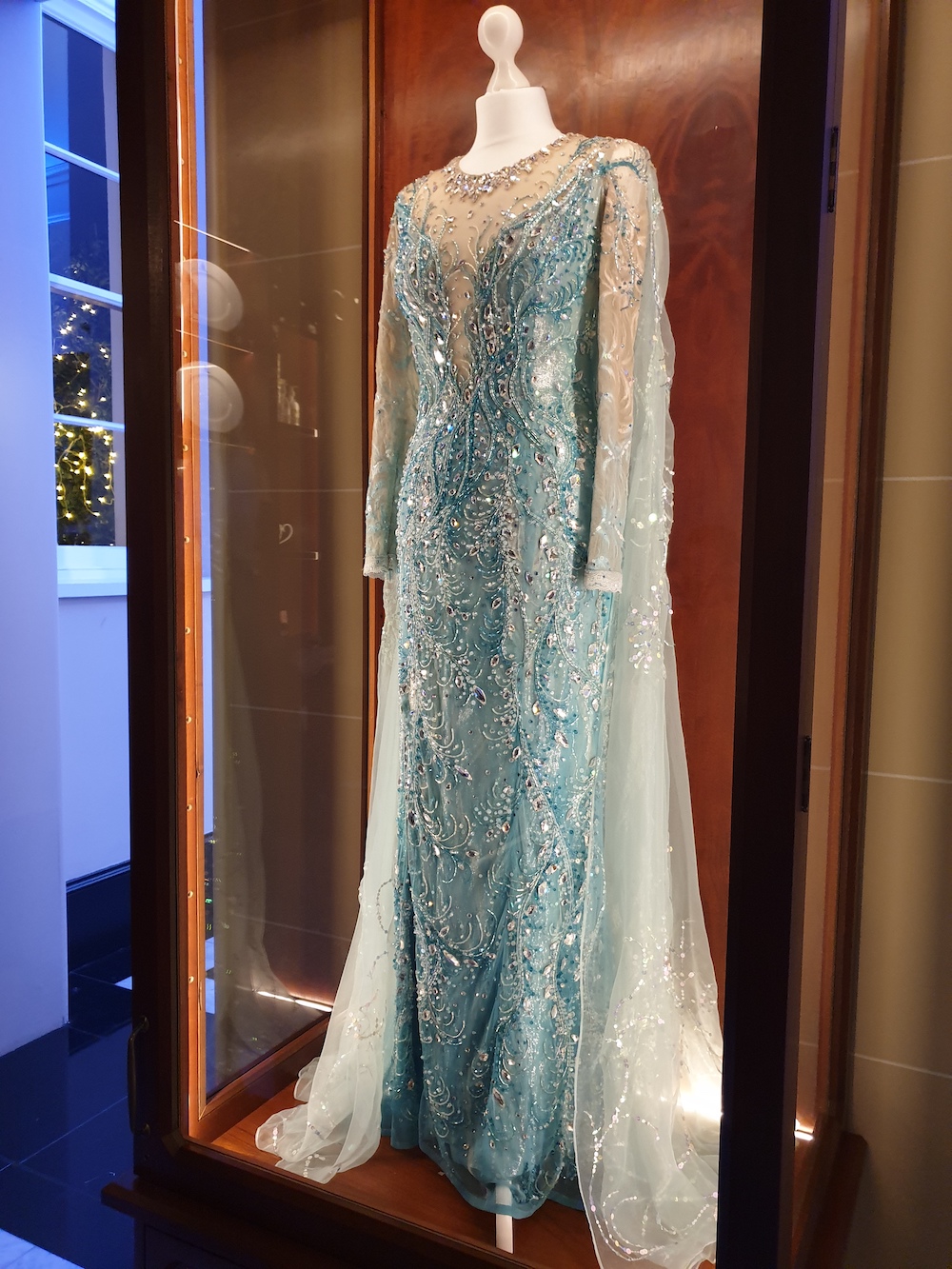 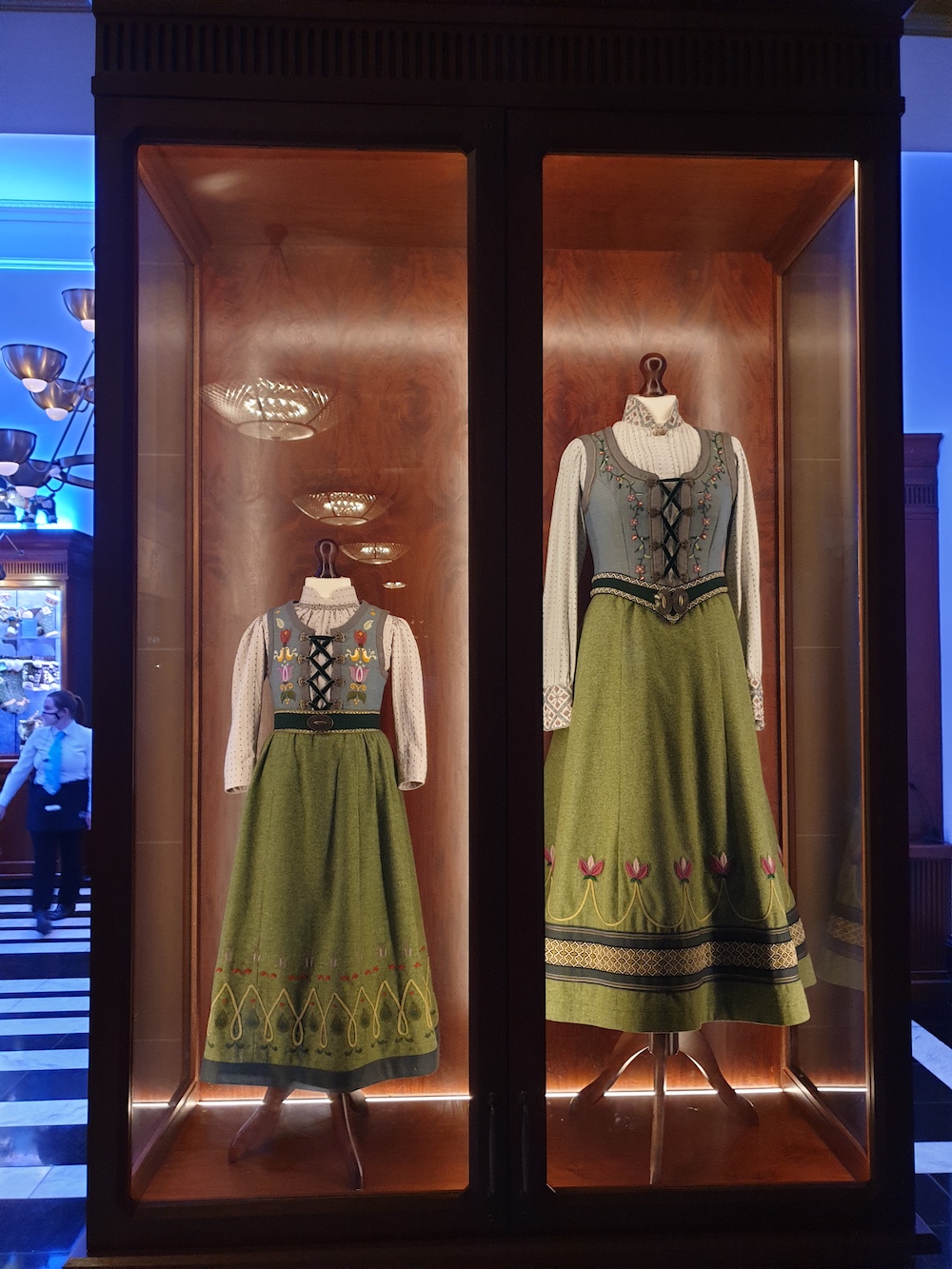 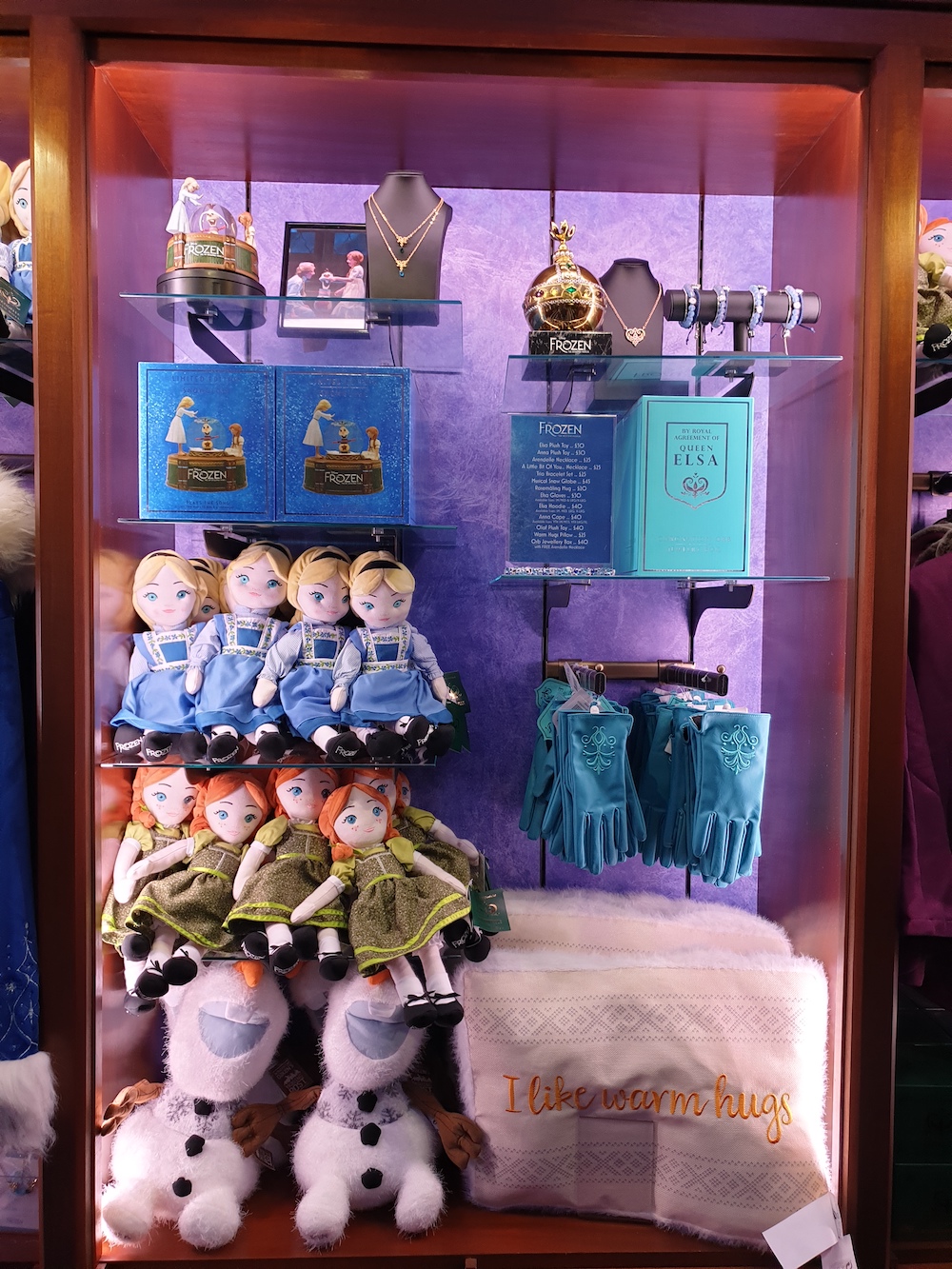 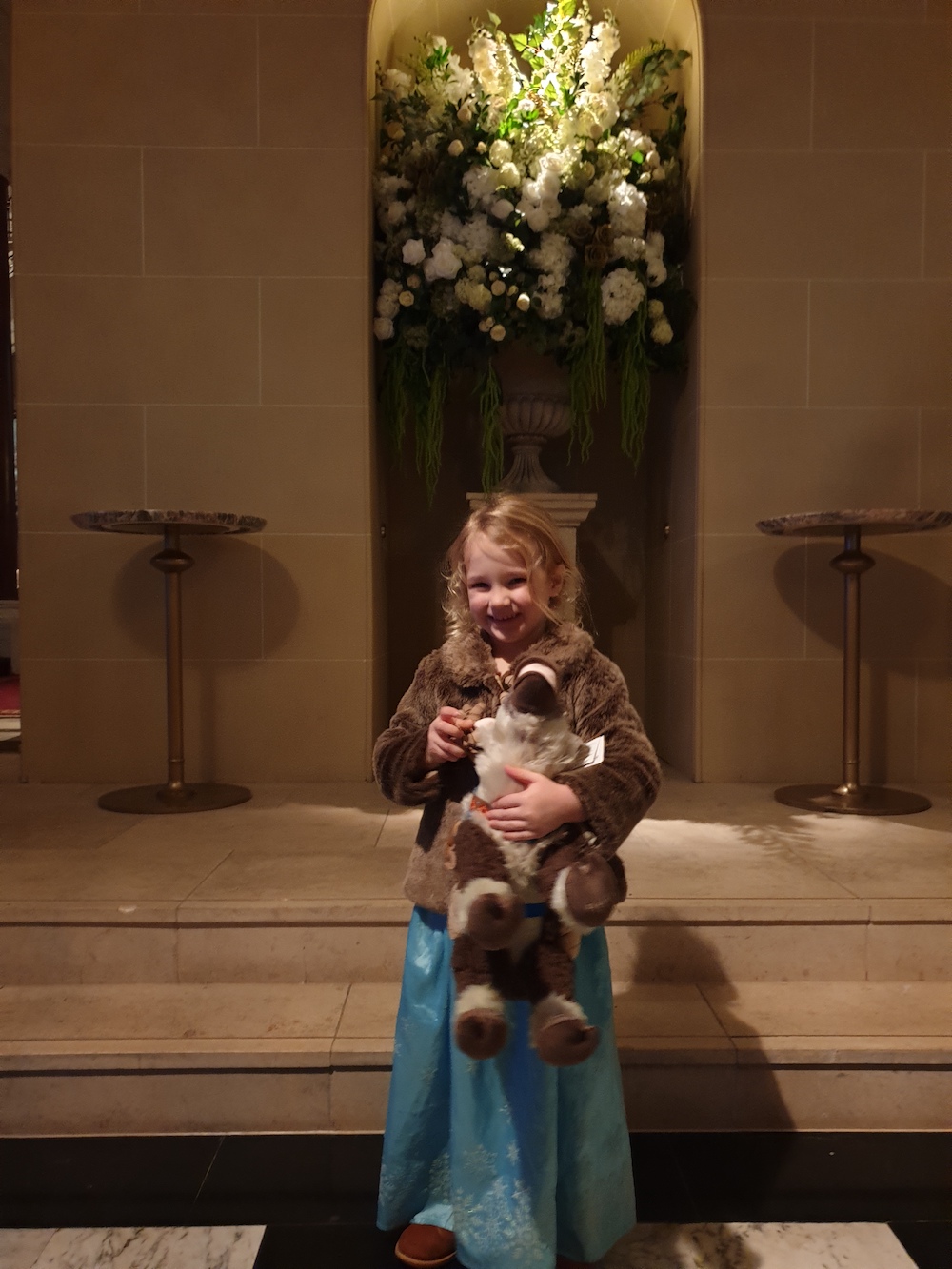 Bad parts of Frozen the Musical

Audience behaviour at Frozen the Musical

I've got to say though, while I love an excited audience, there were so many situations where people started applauding mid-way through the finish of the song. It was really distracting. I liked the show, but not that much that I wasn't able to contain my excitement to the end.

Kids at Frozen the Musical

Frozen the Musical has had bad rap on social media and quite a lot of bad feedback due to noisy and crying kids in the audience and yes, we experienced the same. My child also kicked off once, sorry!
Due to the disruption caused by children, including singing so loudly with the performers the audience couldn't hear them properly, the age limit was increased from 3 years old to 4 years old. Now when you hear the usual spiel of putting your phones away before the performance starts, they also include 'no singing', much to the hilarity of the audience who haven't been privy to this... They also helpfully will try find an iPad for you to watch the performance from if you need to take your kid to the foyer for a chill out.
Frozen is primarily enjoyed by young children - it is a massive kids hit. So while the musical recommended age limit is 6+ the biggest audience is going to be young kids, with their parents, and perhaps older siblings. There are plenty of West End musicals for adults, for young families it is going to be this, Wicked or The Lion King. There are bits that are slow for even 4 year olds (current minimum age to attend), so you might experience the same disruption.
If this concerns you, stay away from matinées and do the evening show, as there will be less young kids!
For what it is worth, I didn't think the noise from kids was that bad at this showing, although there was some. I didn't hear any kids singing either. What actually annoyed me were the adults starting to clap midway through the final notes of songs, sometimes at the final build-up.

The venue for Frozen the Musical

Theatre Royal Drury Lane is an absolutely gorgeous venue, and feels very up market and fancy! The facilities were good, and the booster seats for kids nice and velvety, instead of awkward plastic. Keep your eyes out for Elsa's and Annas dresses in the foyer. And if you are so way inclined, you can buy all kinds of Frozen merchandise! Remember to bring a deep wallet though.
It is conveniently located in Covent Garden, so very easy to get to via public transport. There are rickshaws waiting outside in case you fancy being ripped off instead of walking the five minutes to the station. Anyway, Covent Garden usually has nice photo opportunities and pop up shops, and has had a few Frozen themes photo opportunities in the past (at Conduit Court and at the James St side) so it is worth popping by after the theatre to see what's there. 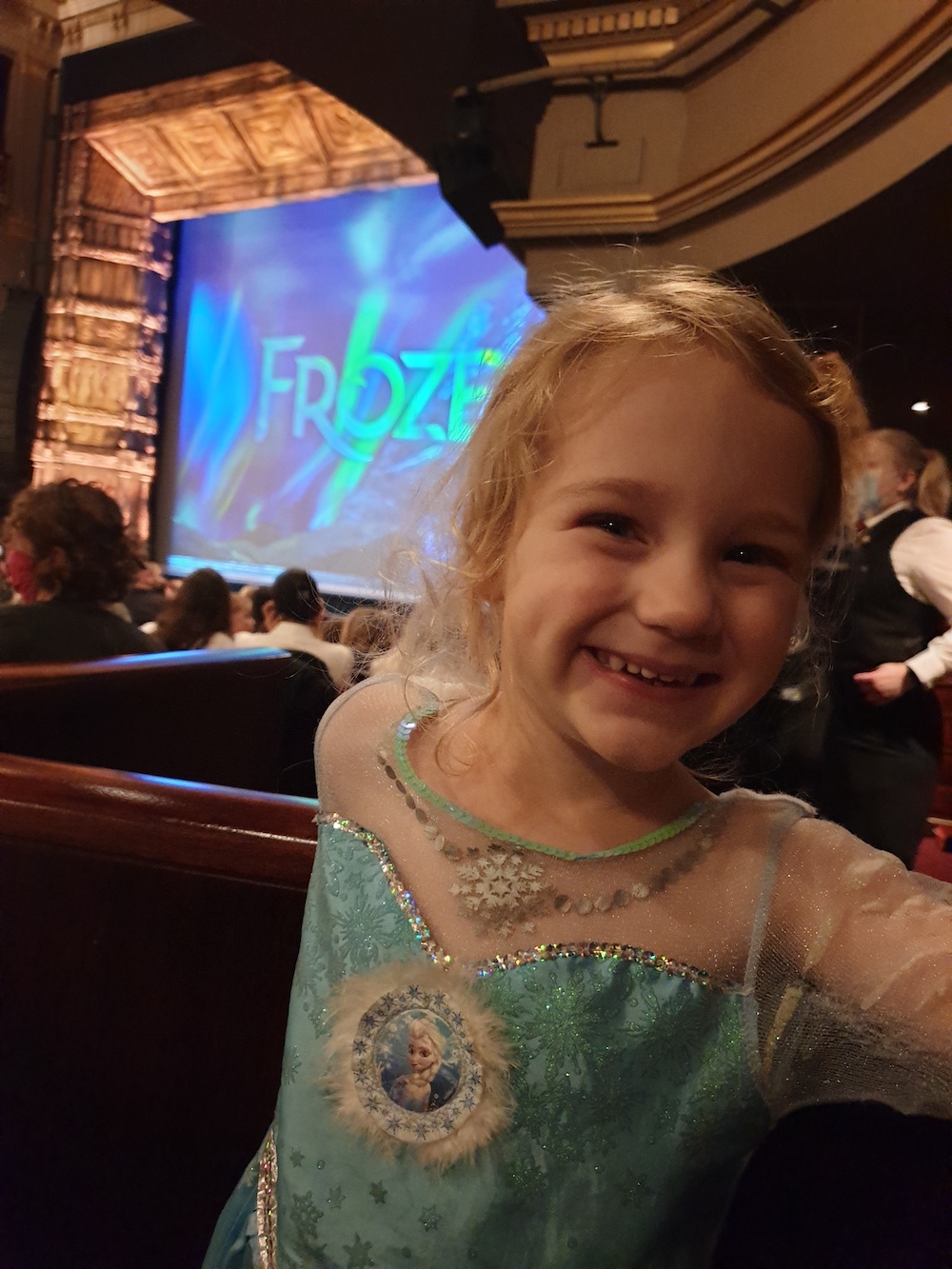 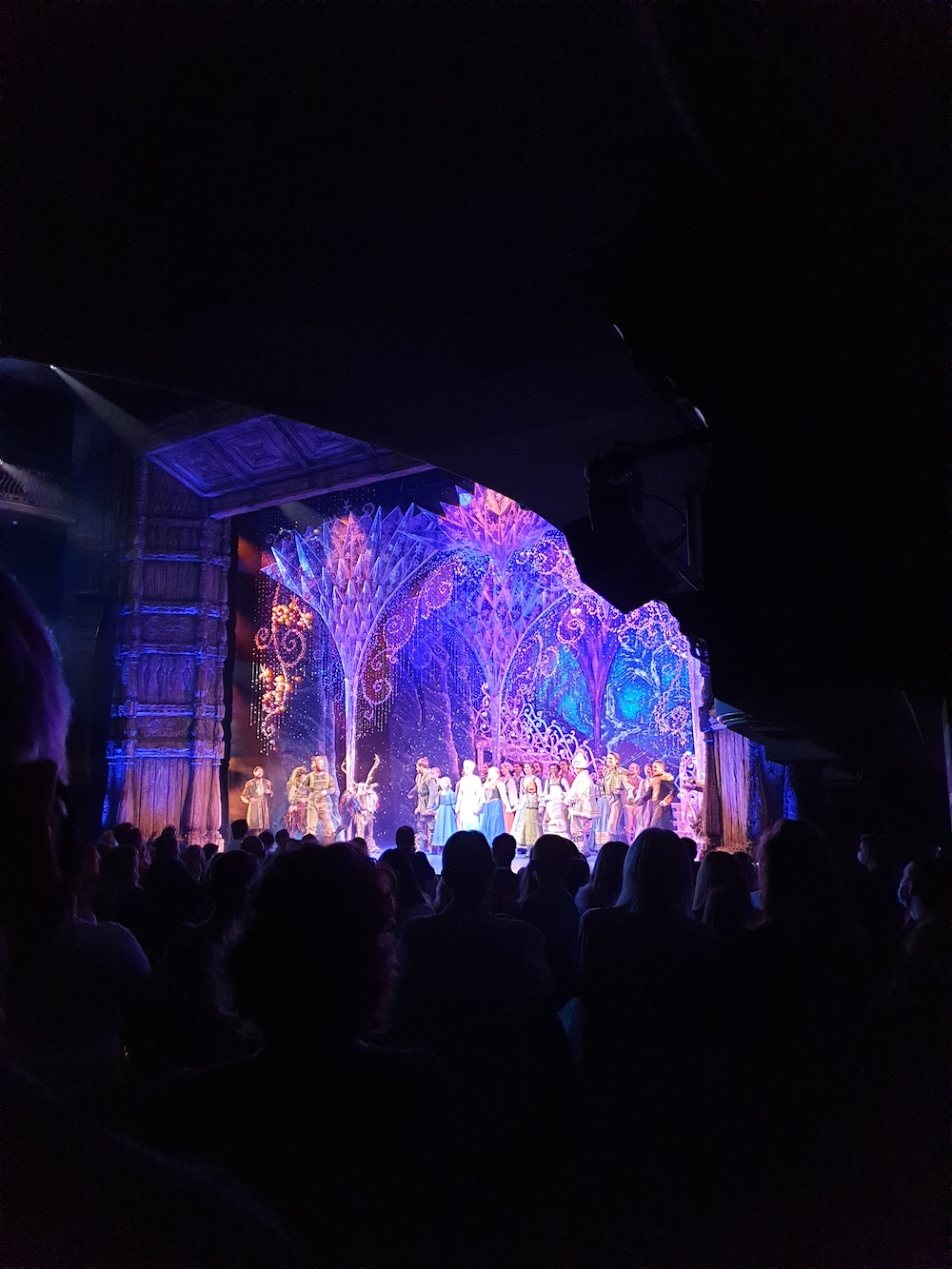 How to get cheap tickets to Frozen the Musical

A few thoughts that came to me when attending
I hope that was helpful, and if it was, feel free to share with friends. They are running the musical until October 2022, and to be honest, I would not be surprised if it became an enduring West End favourite just like The Lion King!
Have you been already?
You might also like: What the ladybird heard: Our review of the theatre show and Lively and energetic: Tiger who came to tea 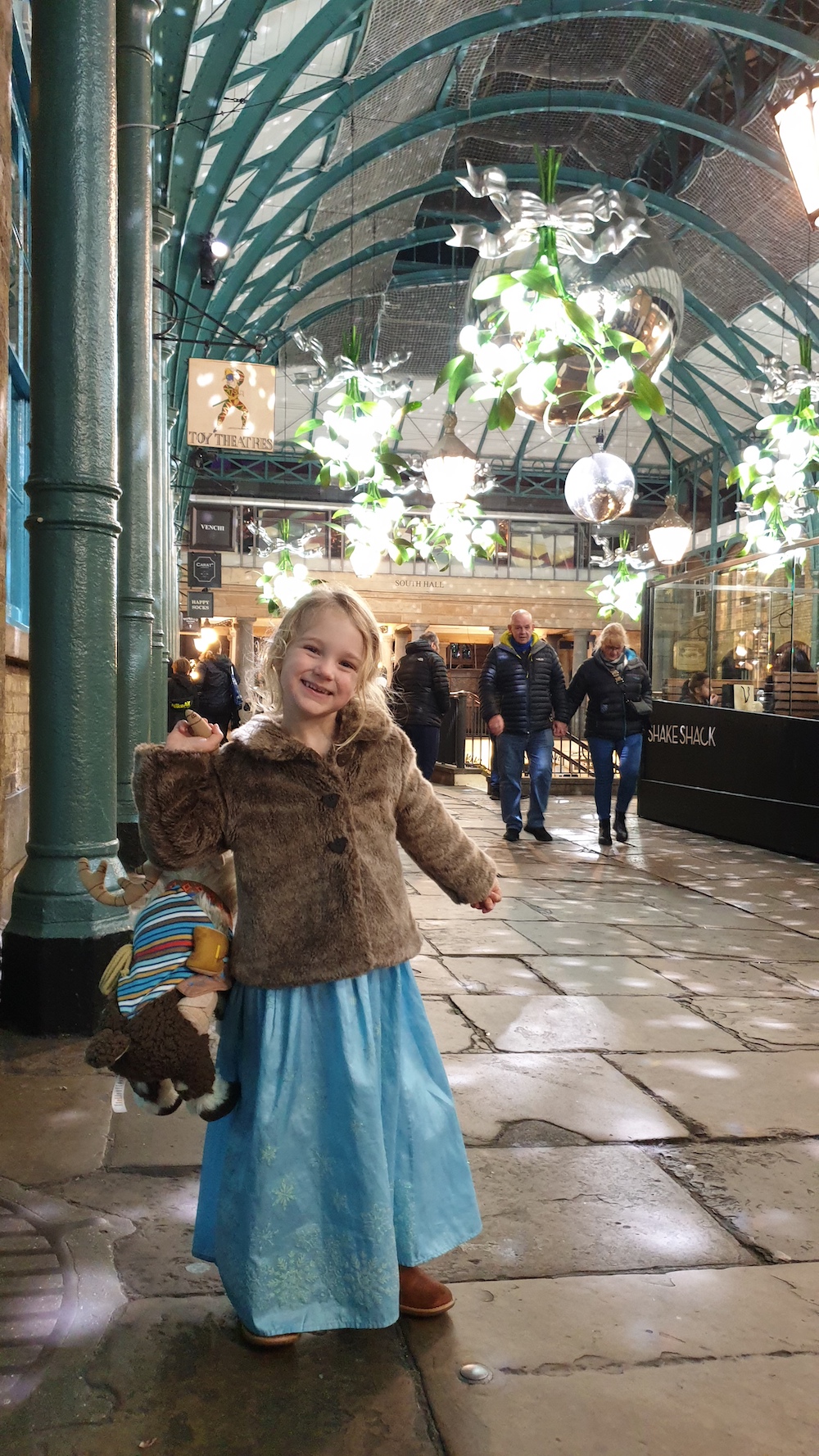 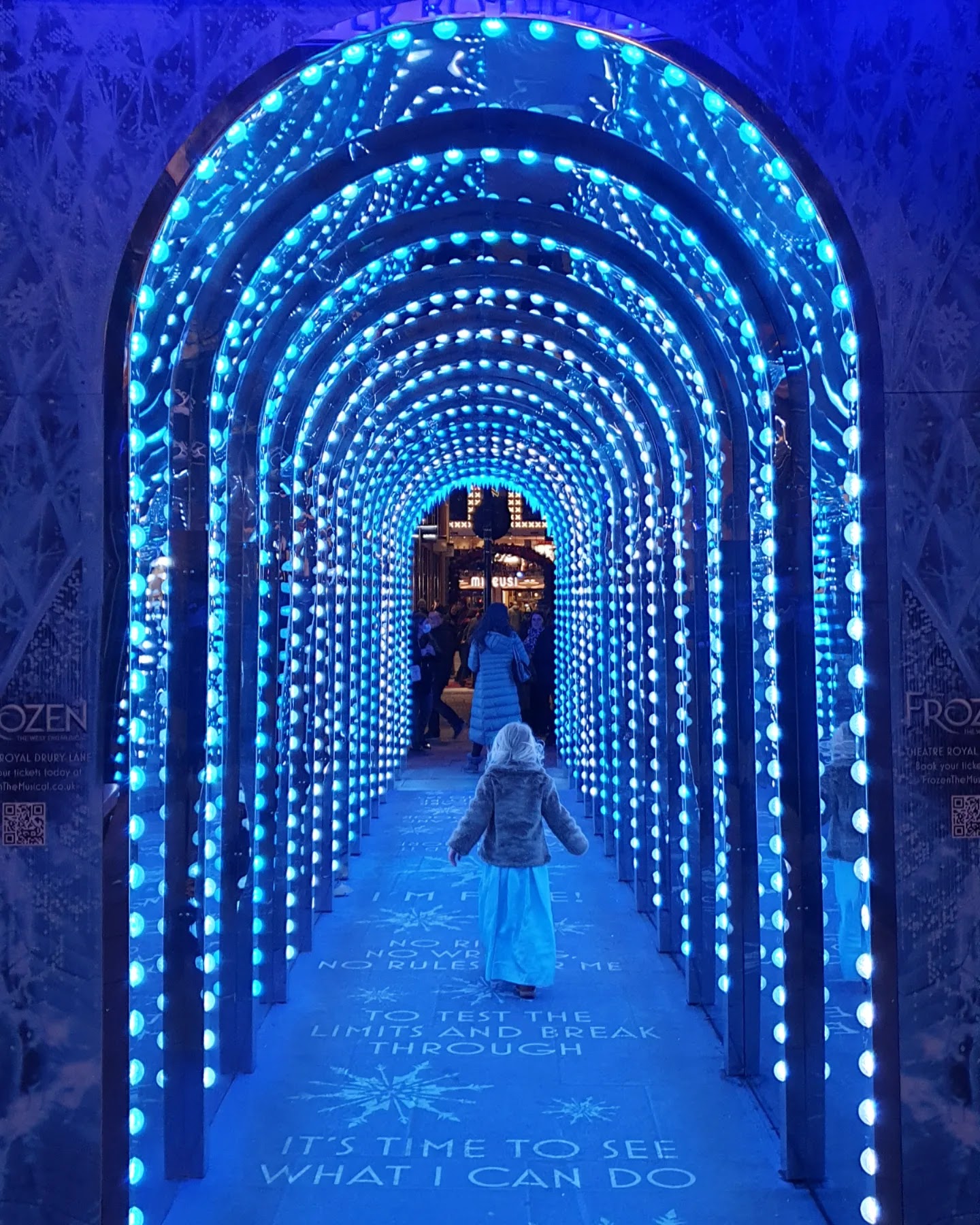 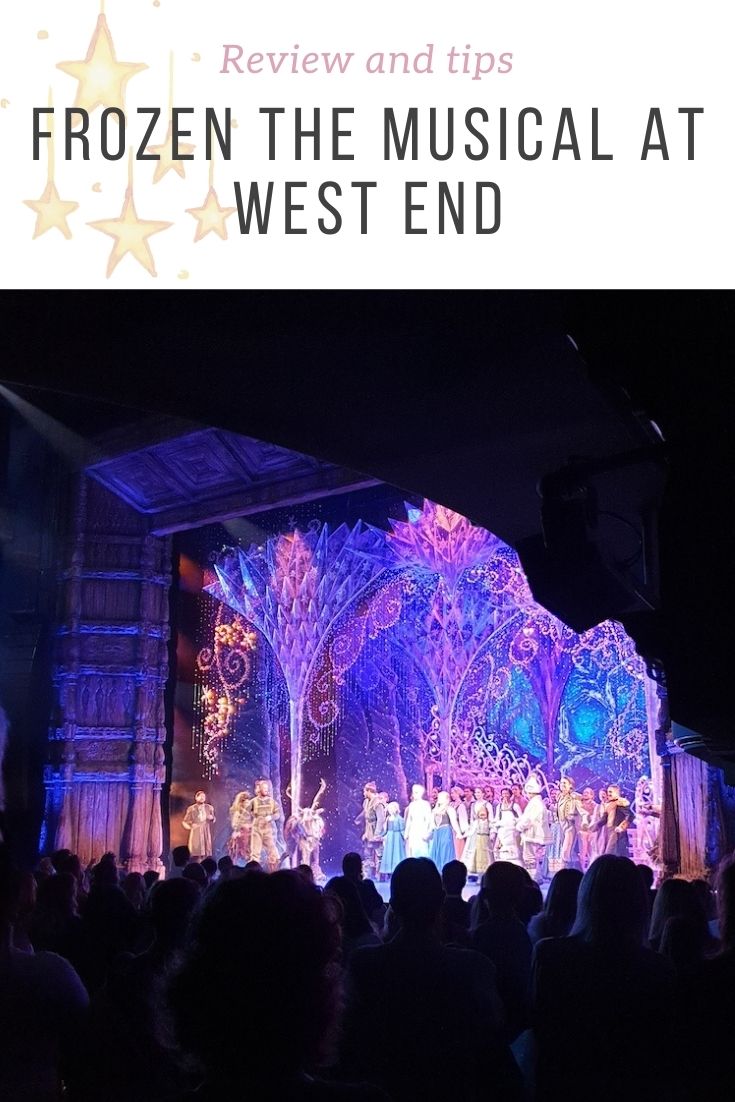 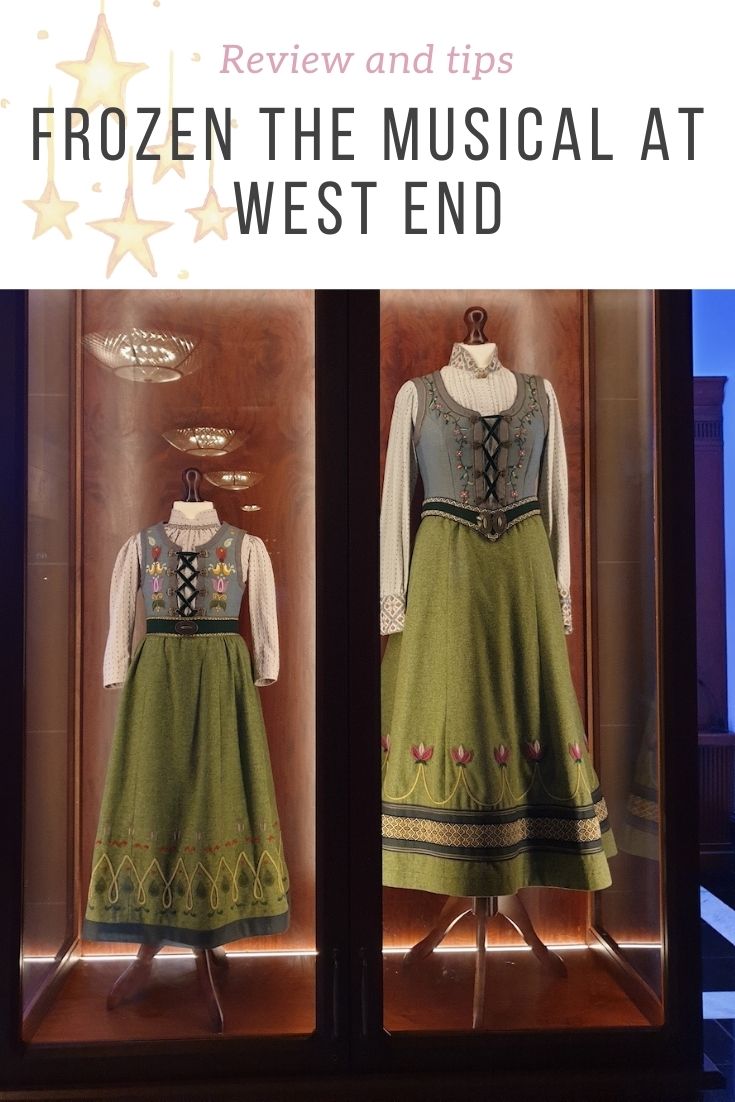