Me and my husband finally visited the Secret Cinema Bridgerton and I wanted to review it for you guys - and give a few tips if you are attending! Everything is SPOILER-FREE! And if you are still wondering whether Secret Cinema Bridgerton is worth it, this will help you decide. My opinion is that yes, it is worth the expense, if you enjoy Netflix Bridgerton. If you haven't seen it, do watch at least the first season before attending! I bought the normal tickets, so my review is focused on that, not on the VIP experience. 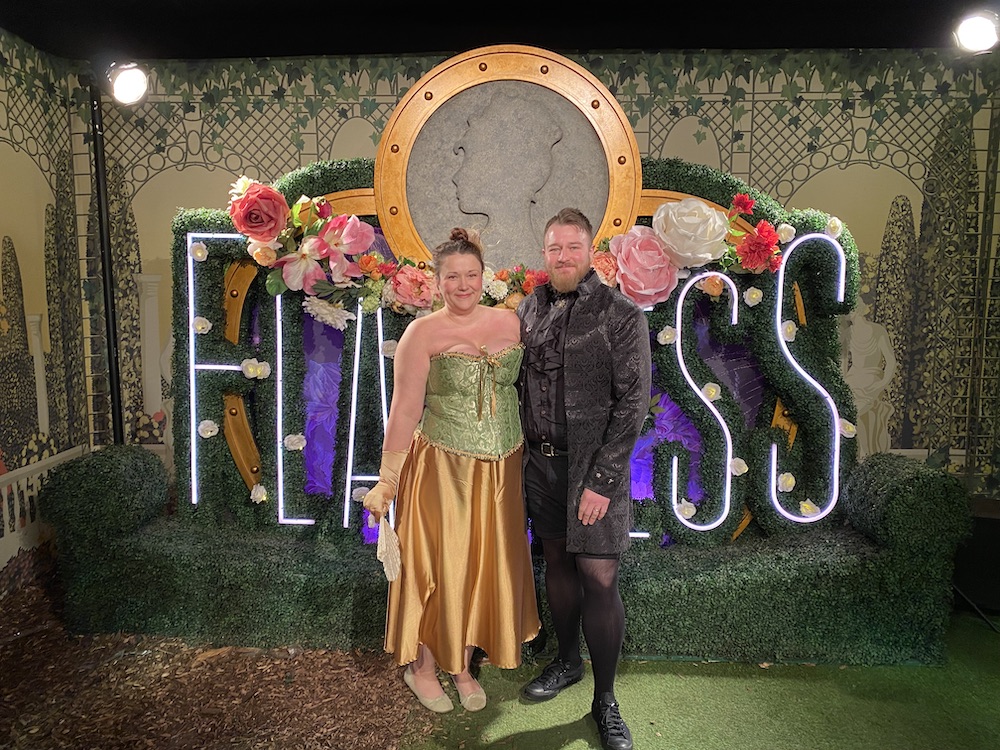 You enter via the gift shop and the make-up stall and photography spot. For photography you can either take your own photo (ask a fellow guest - staff apparently are not allowed to take them), or get a professional photo done at photo spot next to the gift shop. Gift shop has lots of accessories, a couple of outfits and even flip flops for hurty feet. Make-up counter does make-up looks for a payment. Handy if you are coming straight from the office or have forgotten something!

Inside there are five major rooms:

I quite liked the set design. I thought broadly it worked well with the activities, although I wish Benedicts painter's studio was bigger. It felt a bit stuffy and packed, so we left quickly. I personally enjoyed the mood in the boxer's ring the best, it was fun and lively. 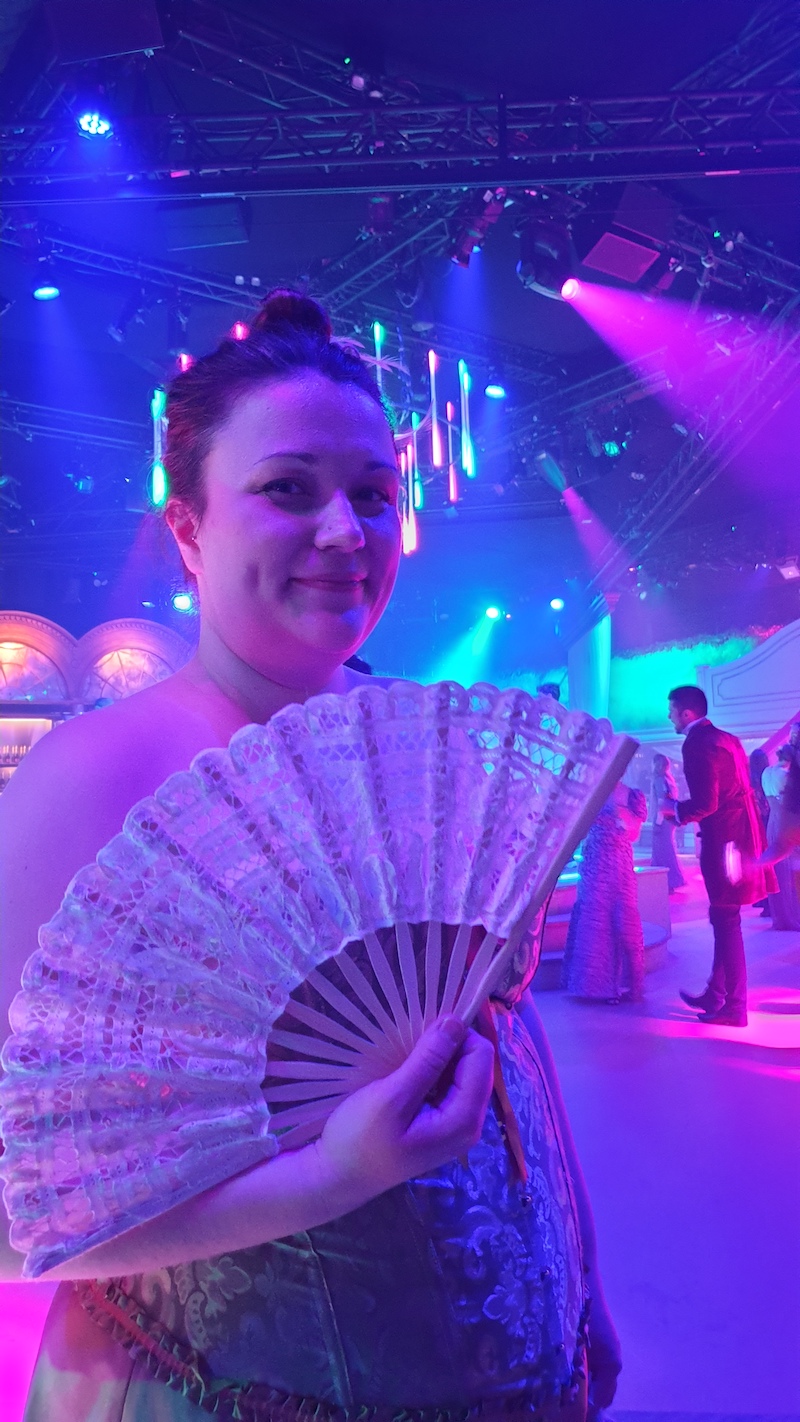 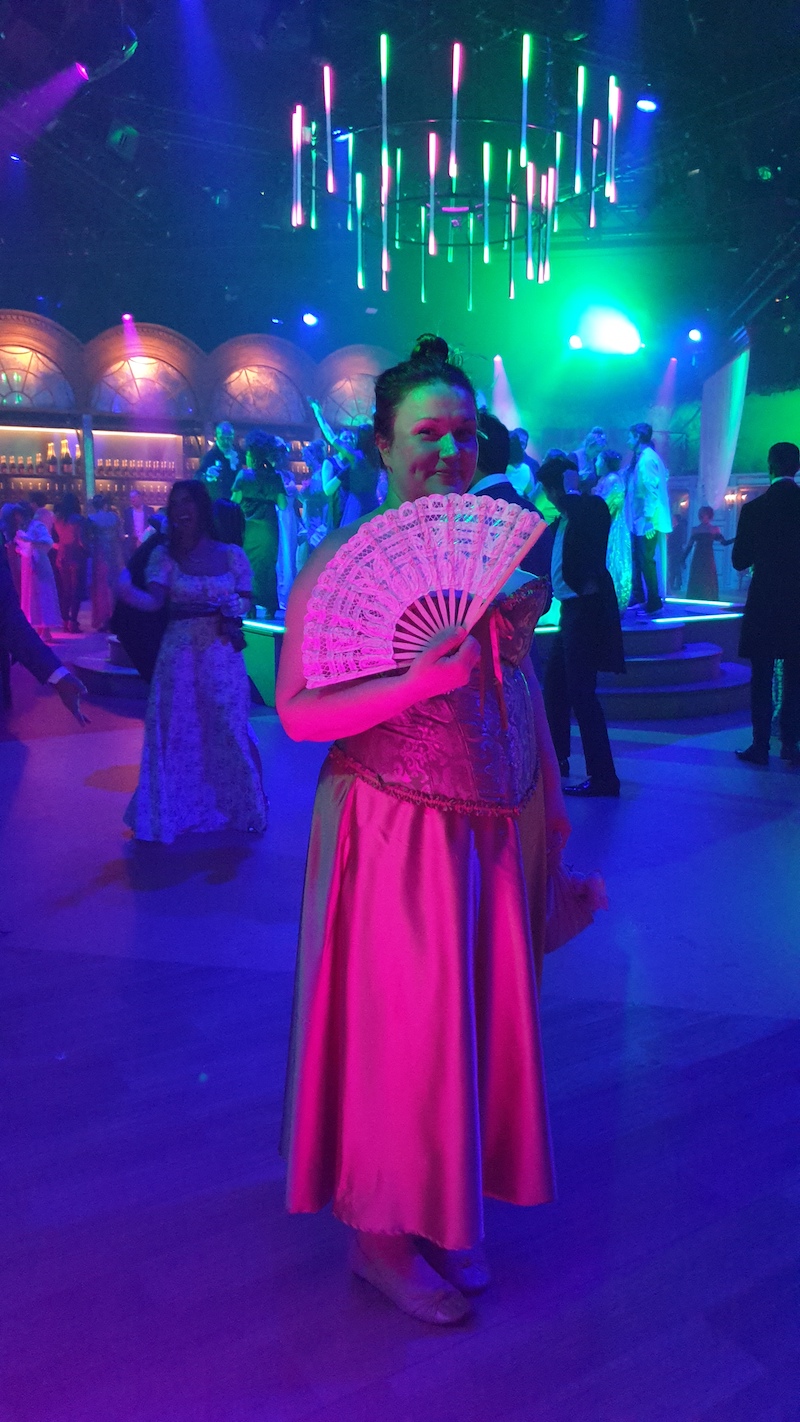 There were some fun activities, and loads and loads of things to see. I was a bit uncertain of the dances in the ball room, me with my two left feet, but it helped having the actors do demonstrations first and then leading the dances.
Now I don't want to spoil anything, but follow tips off your dance card and try all of those activities. I would recommend joining in the dances, and betting on the boxing matches, and of course chatting to actors as they promenade around.  And do try find all those Lady Whistledown papers - there are three to collect! We only found two, but we didn't make a massive effort in this.
I thought the activities were fun, but after a while it felt like it was all done. There didn't seem to be an overarching story line to the experience like in Stranger Things Secret Cinema, it was just a lot of unconnected activities which was a shame.
There were a lot of actors around, both in the rooms and promenading around, and it was great fun interacting with them! Perhaps even the best part of the evening. We chatted with Eloise, Penelope, the prince, Daphne, The Duke and many others!

As usual for Secret Cinema, the food is similar to London food markets and just as pricey. It tends to be things like burgers, chips, baguettes and so on, with a bit of a twist to fit the theme. I'd normally eat before coming, but since we didn't have time, we went for the potatoes with raclette, which was very nice, but rather small - I think it was around £10. You could also have things such as pulled pork buns and so on - the website with your character backstory has the full menu! We were tempted by the crepes definitely...

The good and the bad

So, to summarise my overall thoughts of the Secret Cinema Bridgerton...
My one overarching criticism would be that it was a load of loosely connected activities, inspired by Bridgerton yes, but with no storyline connecting them. You didn't really have any idea if you had managed to do them all, or if there was anything to explore more, and really what to do. After you had done the most obvious ones anyway, it felt like there was a fair bit of time to kill.
There were some questionable fashion choices by some attendees. Perhaps it was a difficult one to dress for, but there were a surprising amount of short dresses that one would wear to a club or maybe a summer day out. Obviously, you don't have to dress up, but you miss out on the experience and will look like the odd one out.
The good things were definitely the interactions with the actors. I felt like there were a lot of actors around and they were very chatty and interacting with guests a lot. Perhaps because this run of Secret Cinema felt quieter than others, so they had more time. Or perhaps, it was just the whole point - some were running activities, others were promenading around, being chatty and interacting in the ball room and other rooms.
I loved the live music! There was a string quartet in the ball room playing all current major hits, just like in Bridgerton itself... And there was also live music in the boxing ring, with folk music played.
The event definitely felt geared towards women, and also groups of friends. I could imagine this is a fantastic event for a big bunch of friends, out drinking, joining in dancing and other activities, before moving on to continue the night elsewhere. But couples will enjoy this as well of course - we certainly did!
You might also like: What did we think of the Stranger Things Secret Cinema and What was Secret Cinema: Blade Runner like