The end of an era: the nursery year

I cannot believe my child is old enough to go to school now. Just a moment ago she was a little baby, learning to walk, learning to talk, babbling... And now she has been through nursery, and going to school. Gosh, it makes me feel really old.

The first day she just skipped through the nursery doors without a backwards glance, leaving me feeling a bit distraught. In fact, the whole journey to school she was pulling us along saying she wanted to go there quicker, she wanted to get there already. She was so excited about starting at the nursery and finally making and playing with friends, rather than boring old mummy and daddy.

The second day she banged her head and we had to fill an incident report. The school photos were taken on the third or the fourth day, with a little dent and a bruise in her forehead. We have a permanent reminder of the incident now, as it left a small scar in her hairline. 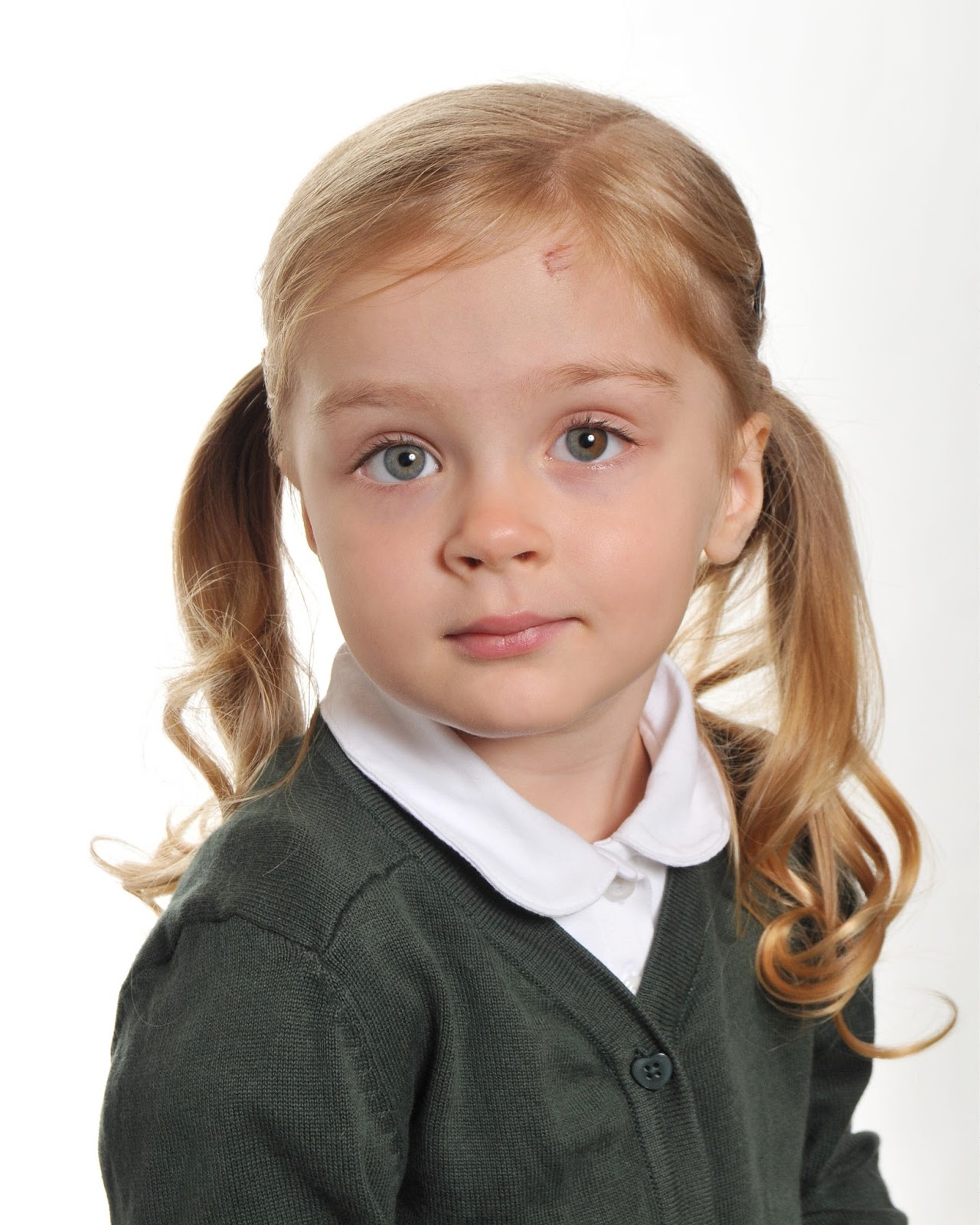 After the first week I asked her what did they do at the nursery. She responded: "Playing and playing and painting and cooking".

And so the weeks went by, playing, and painting, and cooking. We were told that she especially enjoyed dress-up and outdoors play. She also loved playing with the water and sand tables, but never have the nursery teachers seen a child that disliked getting her clothes mucky or wet as much as she did. She loved doing crafts as well, and we have a huge haul of paintings and drawings that have been given to us.

This past year has been a a whirlwind of growth for her, both physical and emotional. She started as a little girl, excited to go to nursery. She went to the school nursery Monday to Friday mornings, and then to a Montessori nursery on Tuesday, Wednesday and Thursday afternoons. She made many many new friends, and loved her time in both nurseries. At the end of the year, she was a big girl, as she likes to remind us constantly. "Do-a by myself! I'm a big girl" is a regular phrase we hear now. 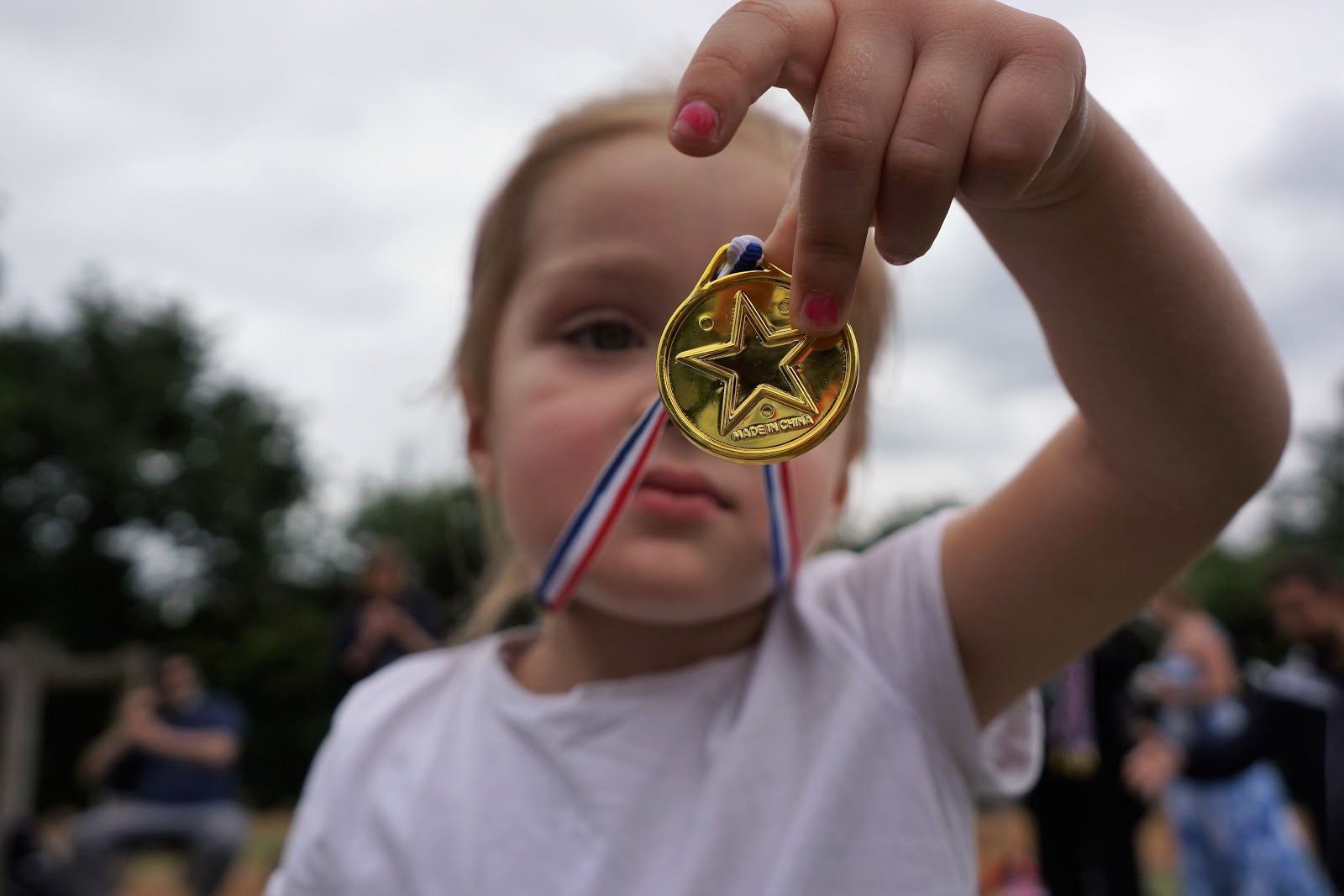 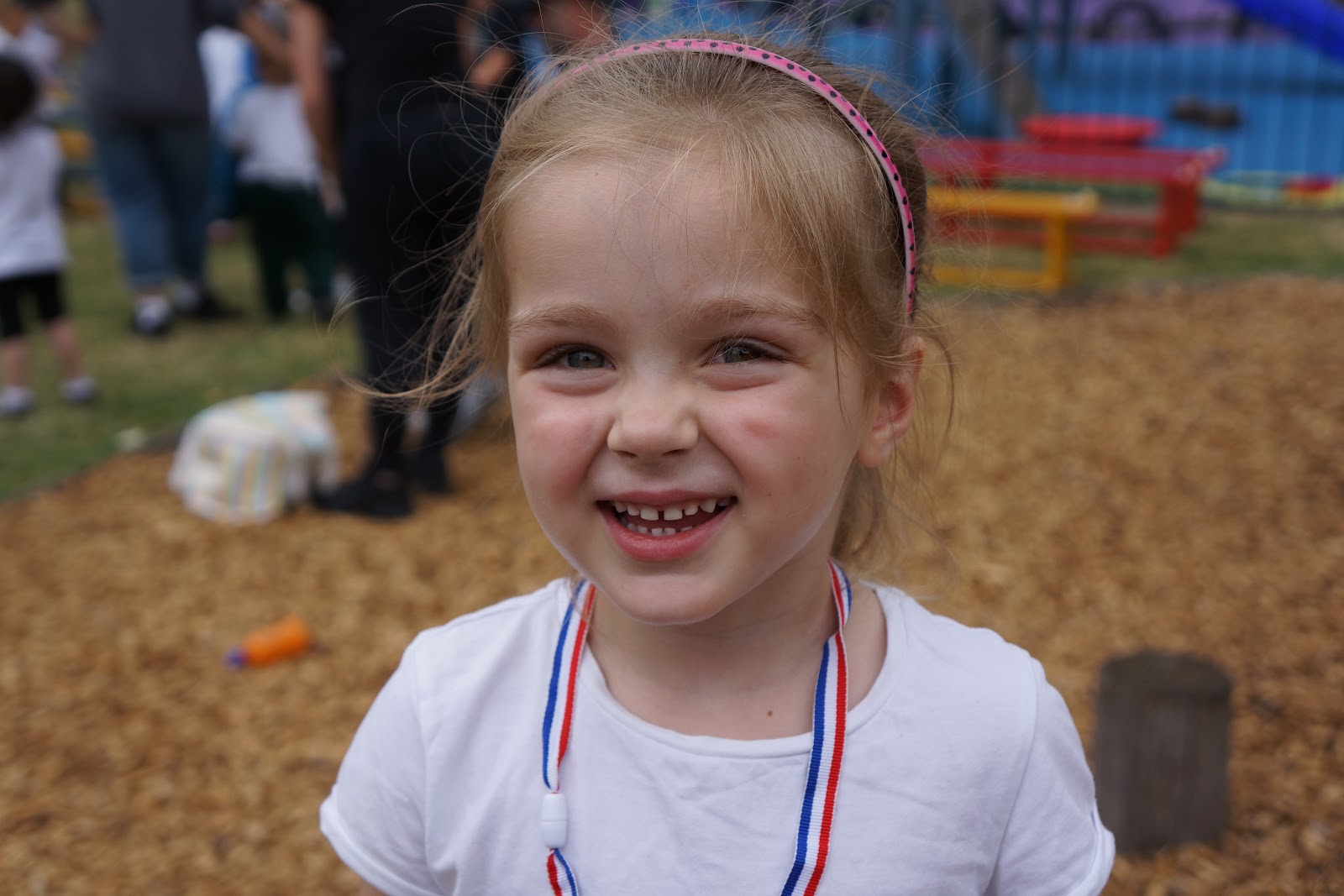 She has done so well this past year. She made many many friends, and was apparently quite the popular girl. She was particularly kind and gentle with younger children, and many times would try and comfort her friends if they were upset over something.

She learned to write her name early on, and could identify all the letters. She learned her phonics so well she could sound out and write three-letter words, like dog or bag. This earned her a headteacher's award at the end of the year. We parents got a special invitation to attend the assembly, and at the assembly she got a golden certificate from the head.

Her Montessori teachers were also very impressed with her learning and told us that there were things she had learned that wouldn't be learning goals until she would be in her first year in school. Her teacher told us she had learned about geometry too, understanding what cones, cylinders and rectangles were, something also quite advanced.


The year went past so fast, and our little girl thankfully loved nursery and grew so much during the year. And now our intelligent big little girl, girl who loves learning, is waiting to start her big school.

And she cannot wait to get there.

How did the nursery years go for you?

You might also like: Feeling emotional on my daughter's first day at nursery and Feeling anxious about primary school application now