Recently our little monkey has been monkeying a lot with her food. In other words, she has become a fussy eater, refusing to eat anything that didn't die a long time ago and emerge from the depths of a freezer, all breaded and ready to be whacked in the oven. Basically, what I am trying to say is that for quite a few weeks my toddler has sustained herself on a diet of chips, fishfingers and chicken nuggets. Bread and water are firm favourites too. Sometimes she eats yoghurt too.

That is about it. Gone are the days when she willingly wolfed down interesting meals prepared by mummy. Gone are the five a days.

When she doesn't want something, she usually slaps the spoon away, or drops the offending item on the floor with a look of disgust in her face. It is usually something nice and healthy like a piece of broccoli or a pea. So I sit next to her, try to encourage her, and show that mummy likes eating this food. "Oh how yummy it is, mmm-mm, what tasty peas these are" I say, munching on the suspiciously green squishy things that belong on the floor.

Now though, she seems to have realised that since mummy likes this yucky food, she might as well rather stuff it in mummy's gob rather than throw it on the floor. And she does. When she is finished with her food and doesn't want it anymore, or if she really hates it, she ever-so-kindly offers it to me. Smiles sweetly at me, picks up a piece of broccoli, and pushes it towards my mouth. It is almost as if she is saying that why don't you eat this since you like it so much. And I usually do accept it, it is just too cute not to eat the food she so kindly offers me.

Last week we went to Santa's Grotto with some friends, and afterwards we all went to Disney Cafe at Harrods. After carefully perusing the menu for anything she would eat, pondering whether fish goujons would be of close enough resemblance to Birds Eye fish fingers, we opted for the safe choice of chips. And once she was full, out came the hand with the chip towards mummy. Because mummy needs to be fed too, and she LOVES scraps. 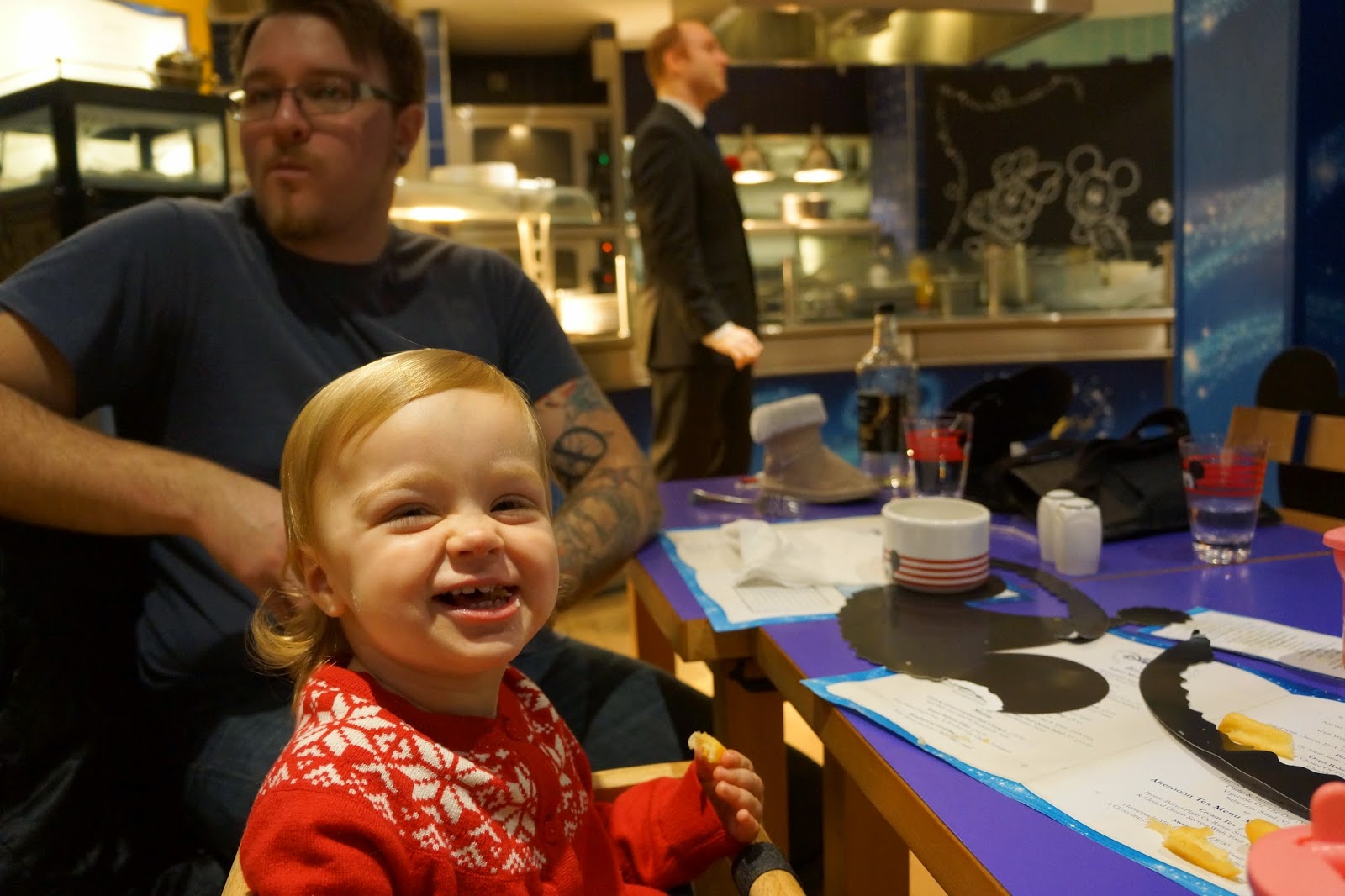 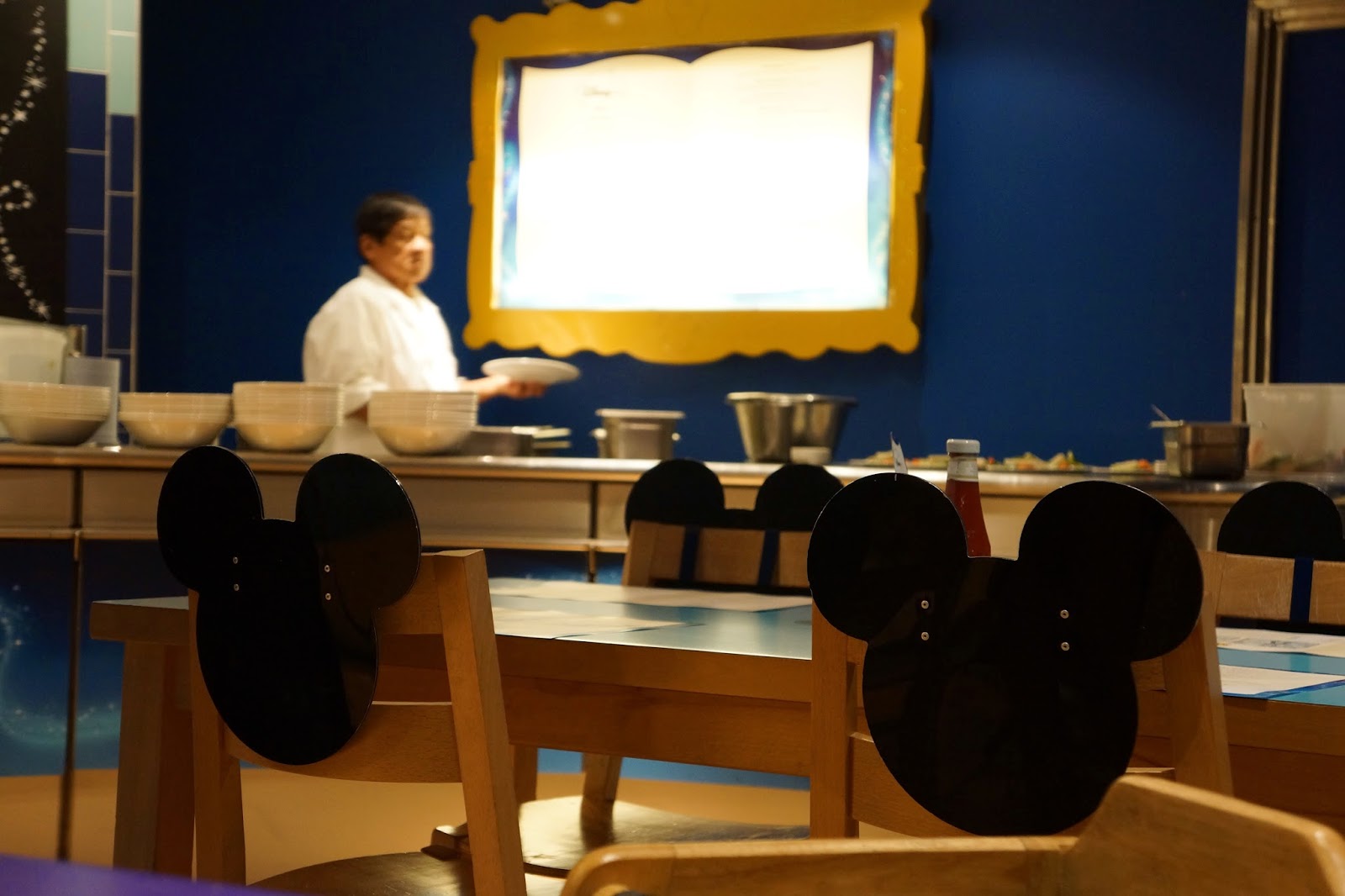 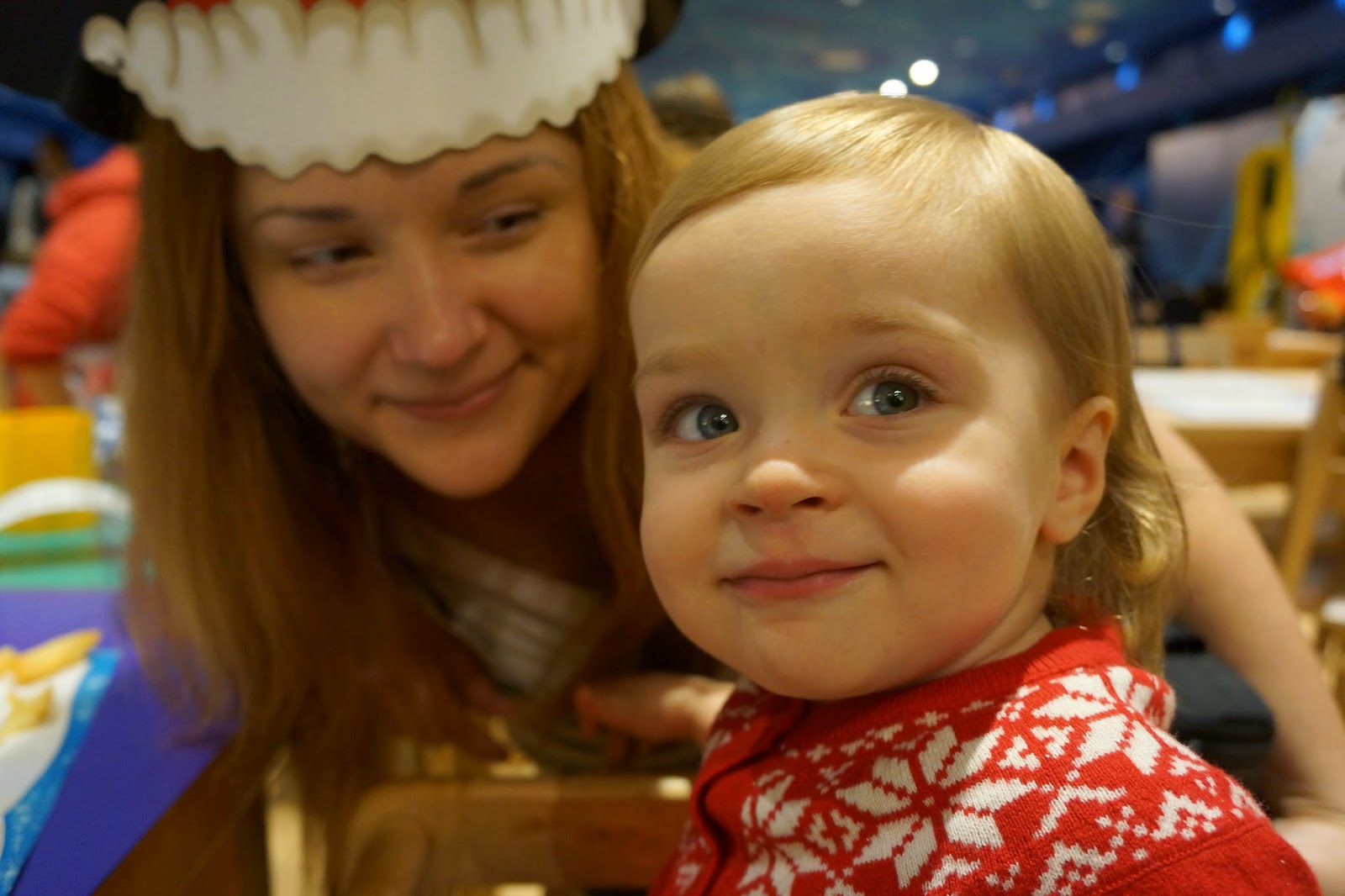 It was such a kiddy place to go and eat in - it was all Mickey Mouse, every single last little detail, and there were little TV's on the walls showing different Disney movies. As everyone else was there with kids it didn't feel awkward at all when there was the inevitable temper tantrum and screaming. 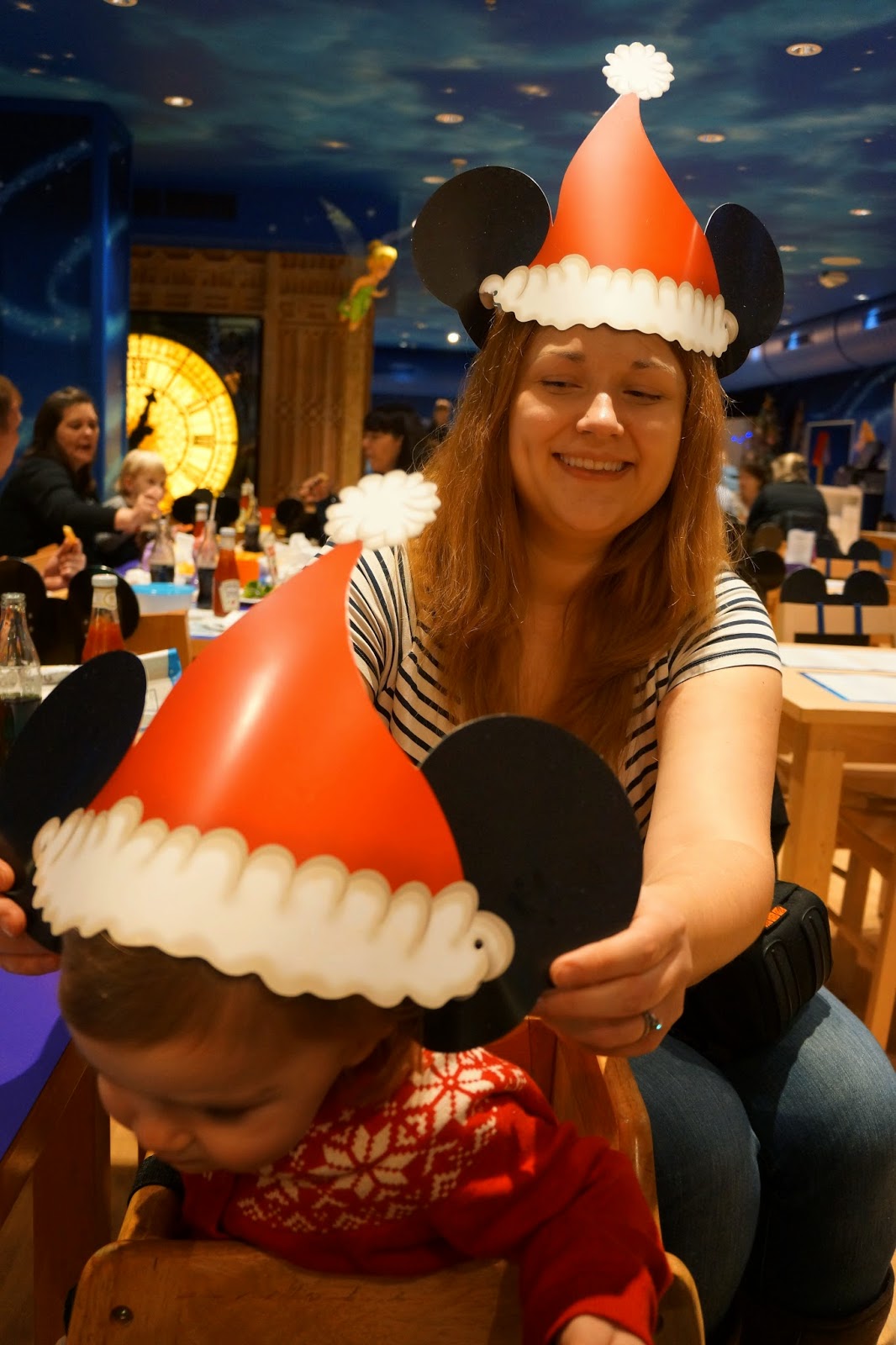 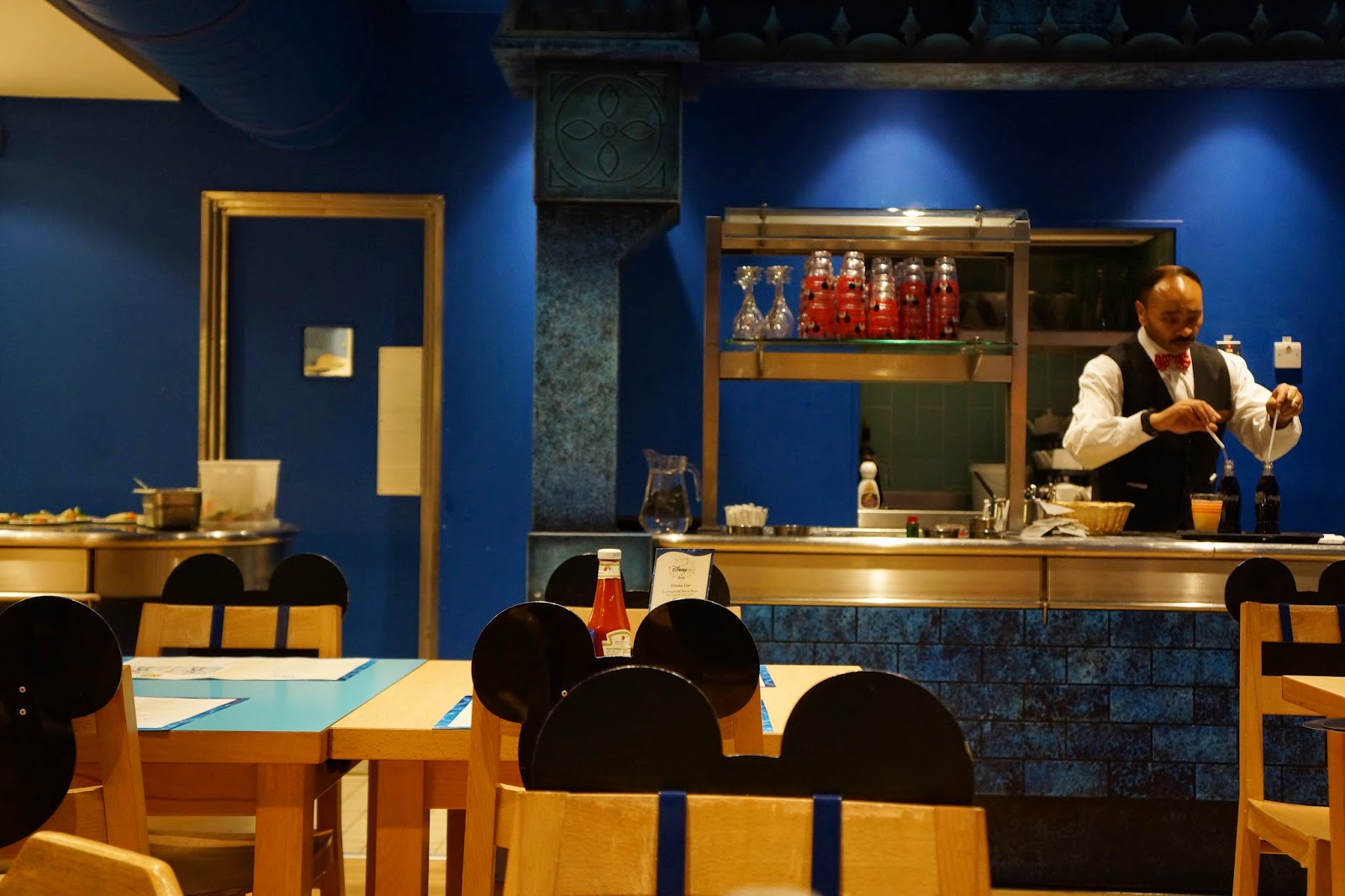 We got these silly little Mickey Mouse Christmas hats - which all the parents in our table wore, and all the kids threw on the floor as soon as they got their mitts on them. 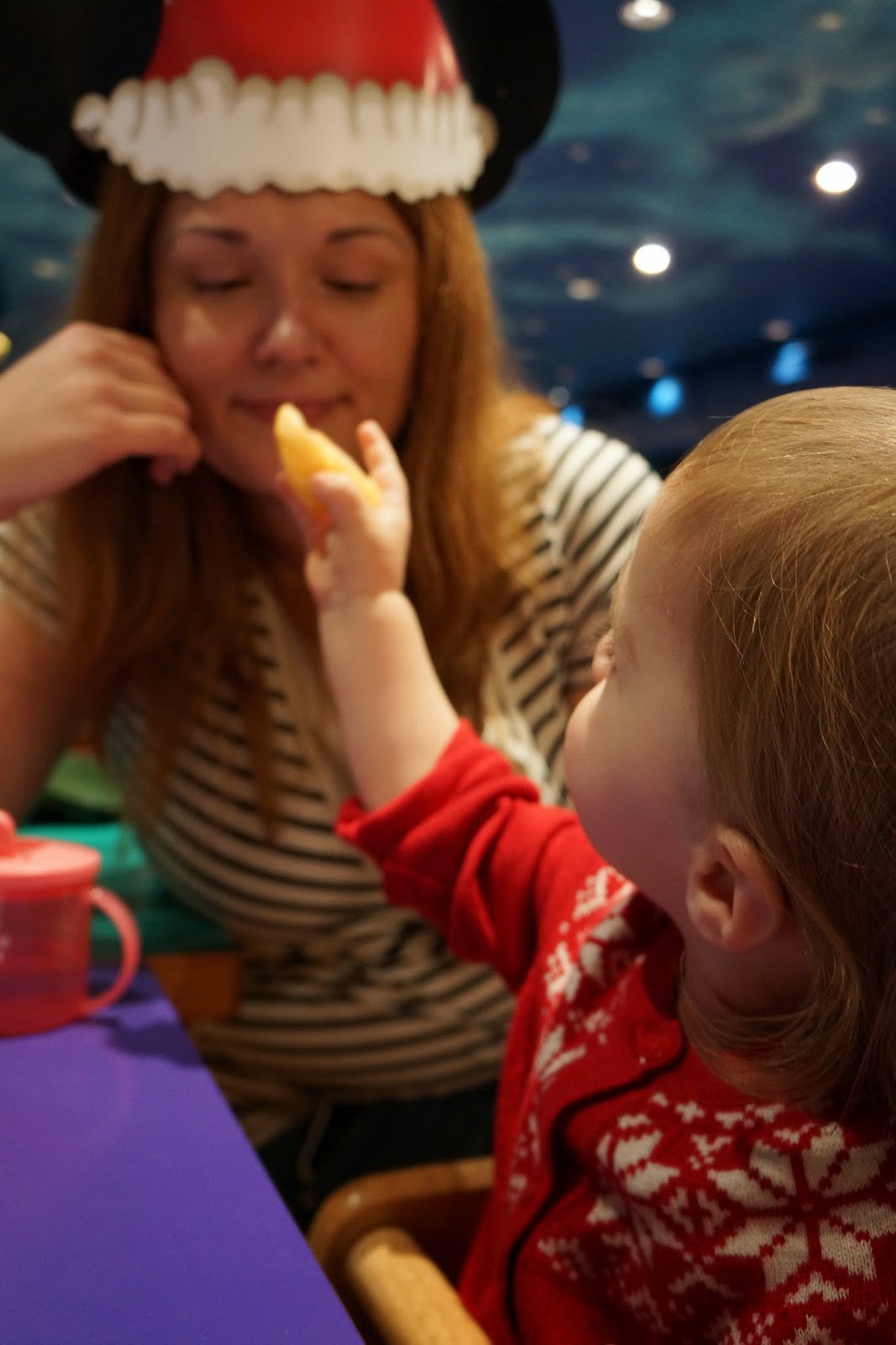 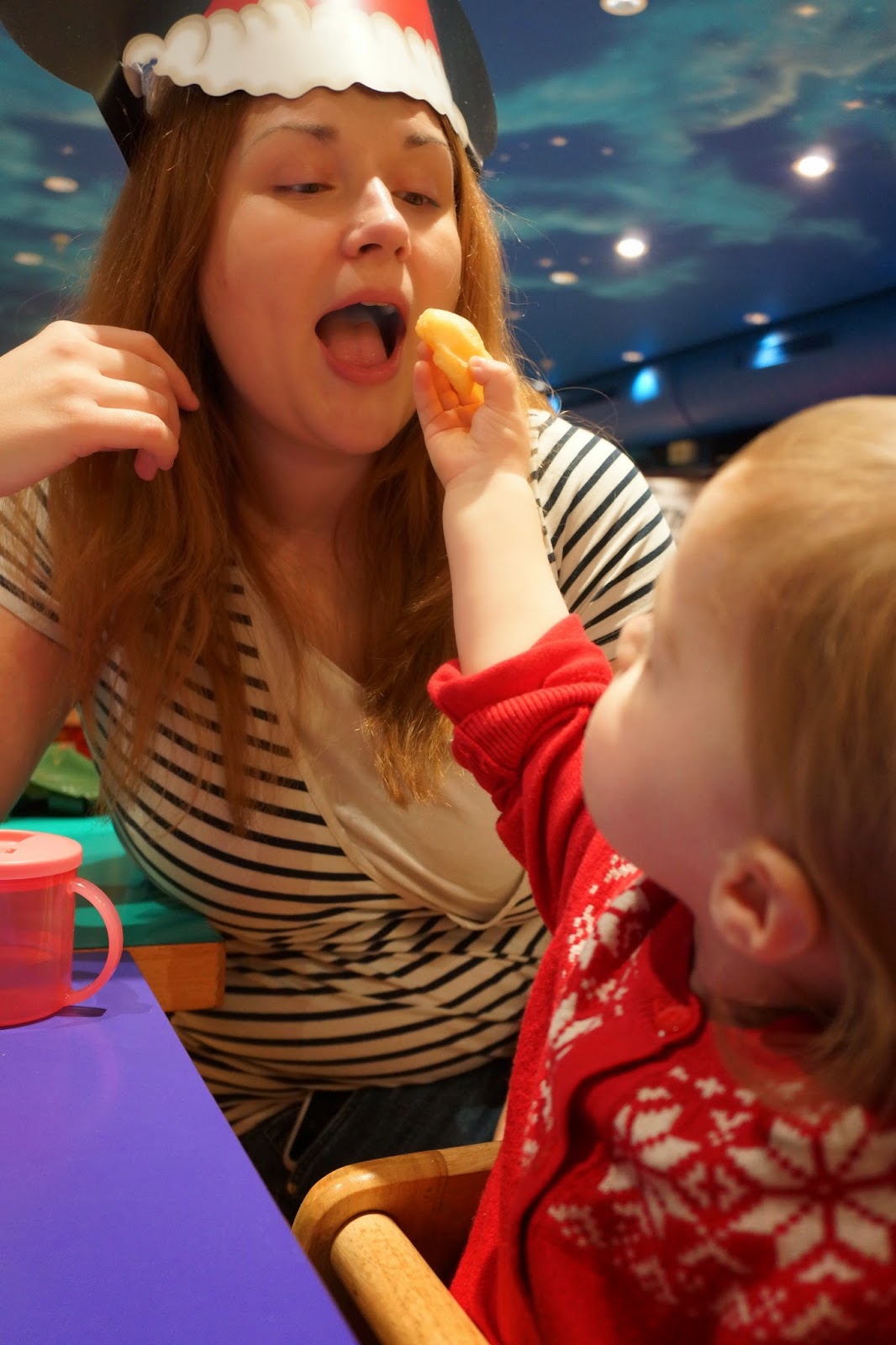 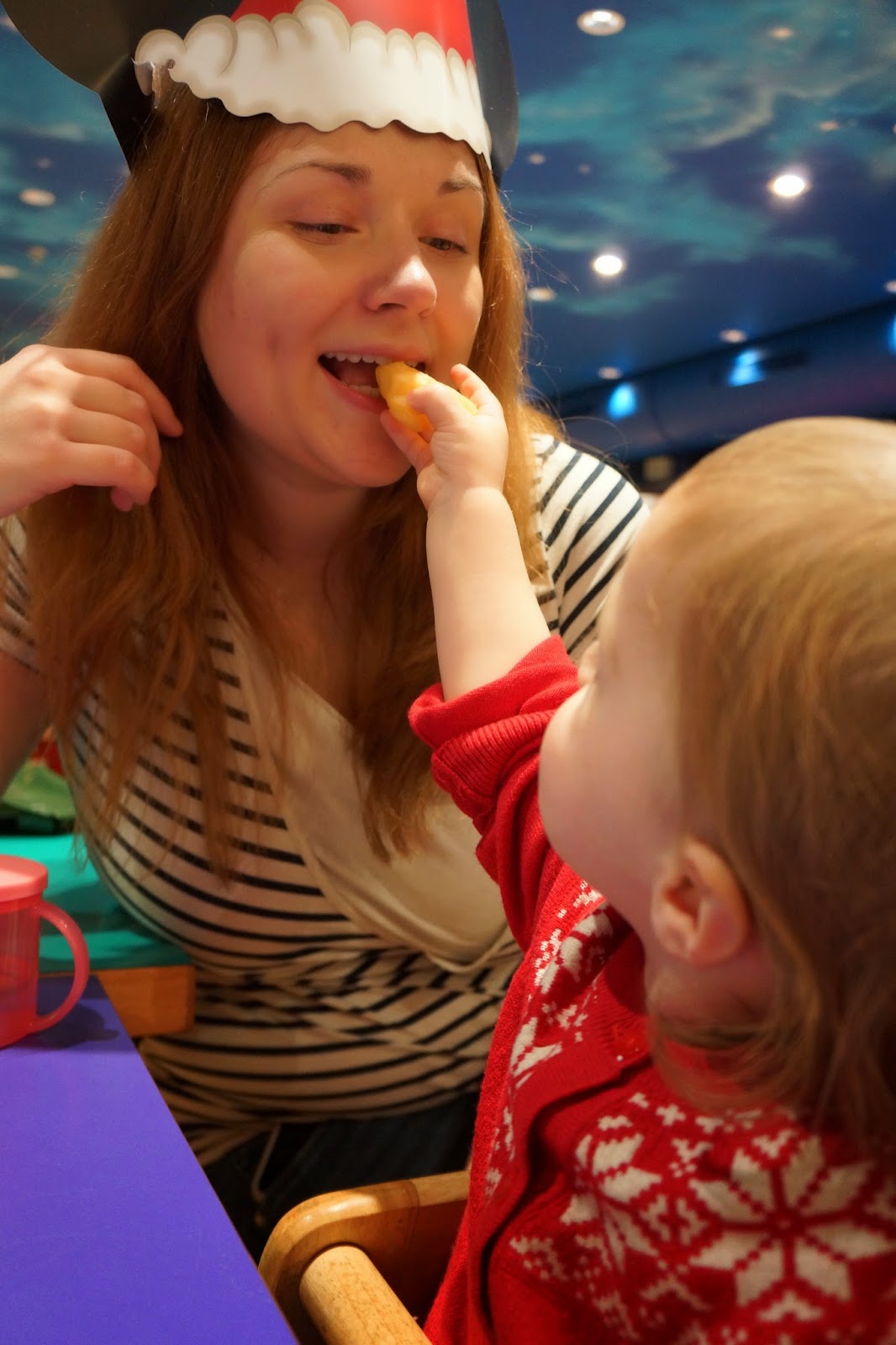 And after lunch, when our little one was satisfied, and the chips were cold, it was mummy feeding time. Yum, cold chips. Some of them possibly slightly soggy after being sucked. Yum...

Are your kids good eaters or does this ring a bell?