So, back to reviewing the year 2014. It was a busy year - at the beginning of the year I was on maternity leave, started a new job in April, celebrated my baby's first birthday in June. Lots of other things went on as well. Here is  my post about my 2014 in review (January to June). 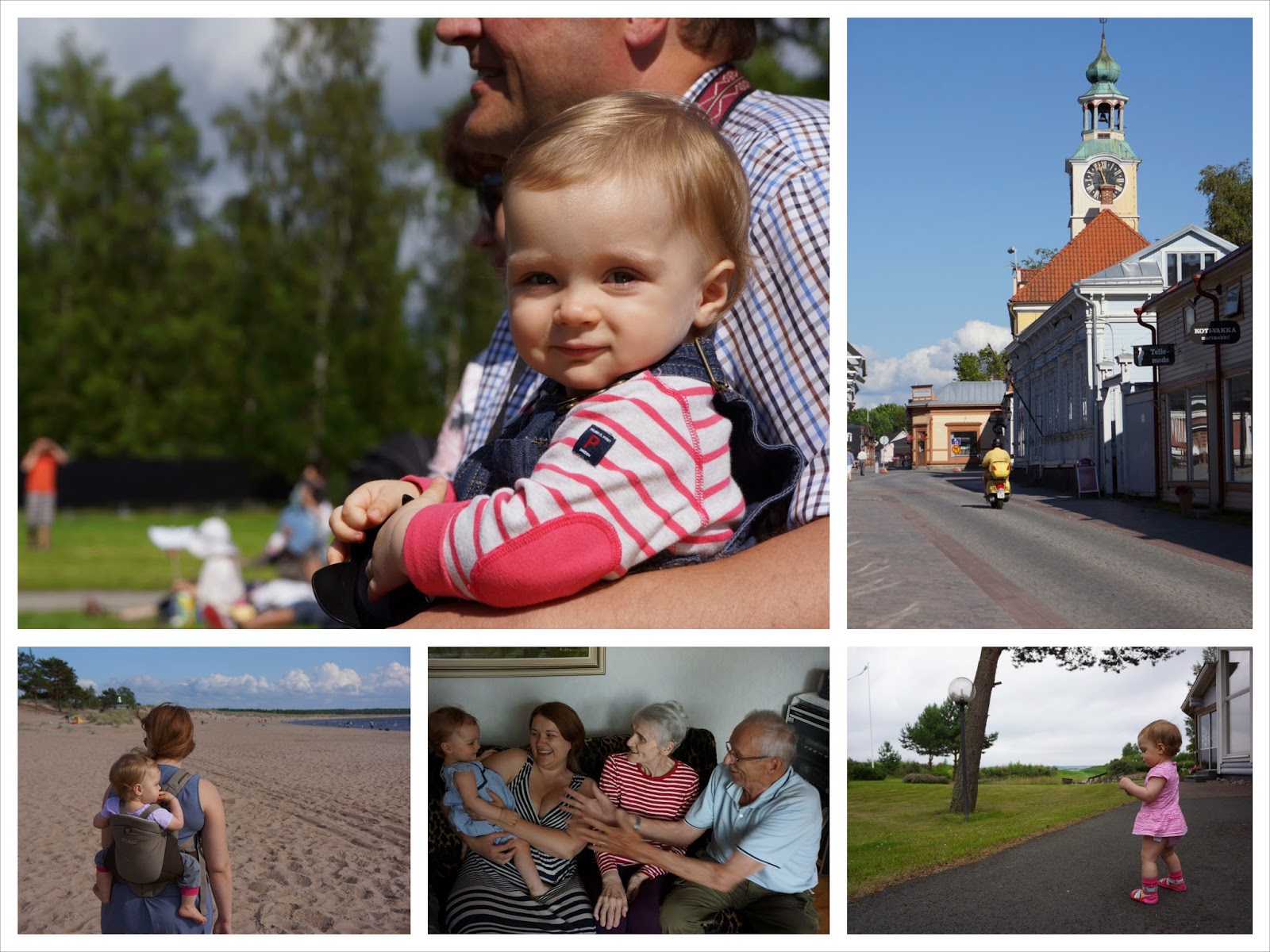 I was really busy with work in July, and it feels like I didn't do much other than that. I did go for a holiday in Finland and had a blast (even if hubby stayed in UK). We enjoyed the beautiful weather in Finland, ate out lots, and went to a jazz festival to listen to Bob Dylan. We took a picnic blanket and Aili boogied to Bob Dylan and loved it. 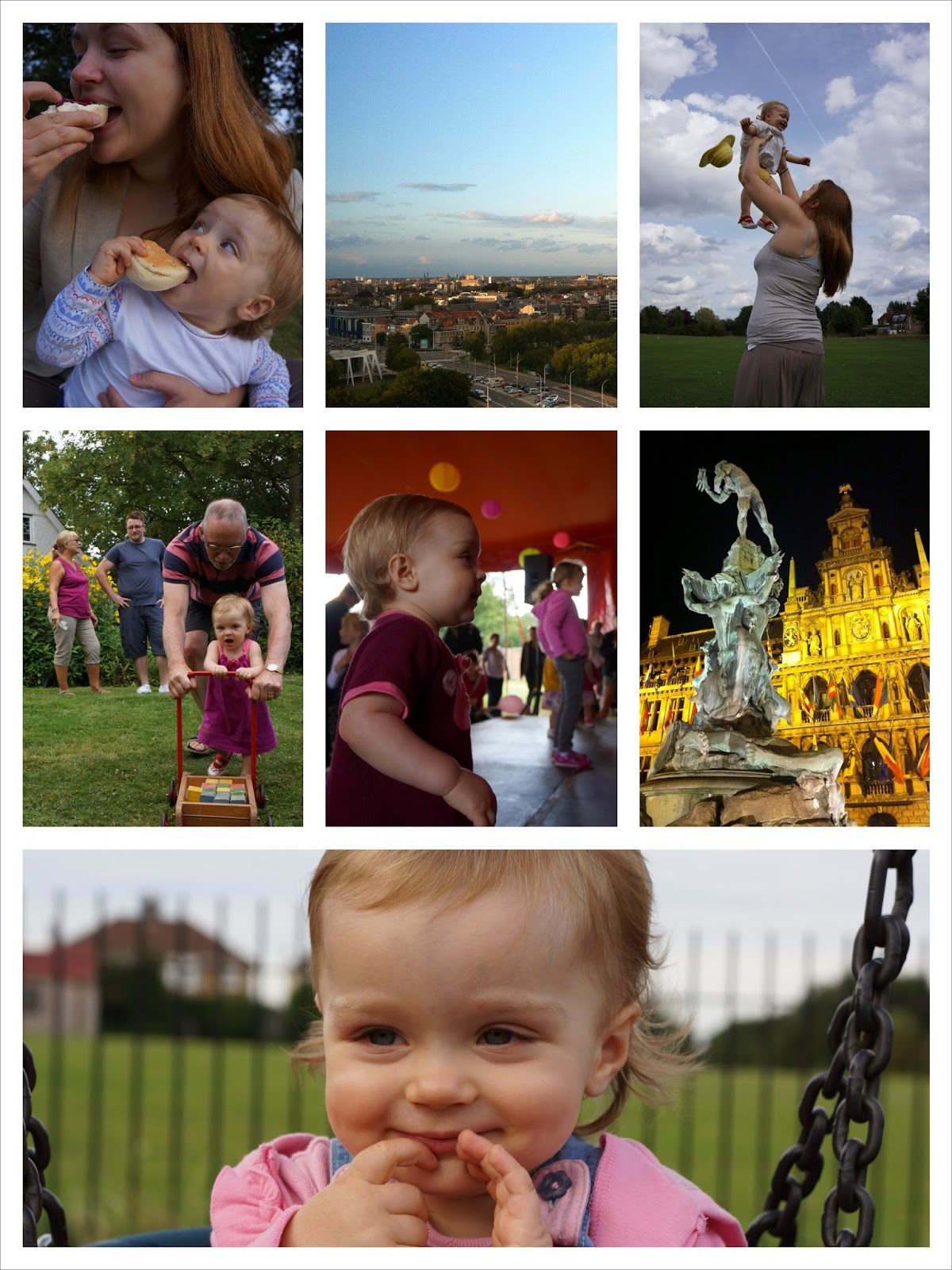 15th August I wrote my first blog post on Wave to Mummy. Other than that, we enjoyed going for picnics at a nearby park, went to Lollibop festival, and I went for a business trip. It was the first night away from my baby, and I was a bit nervous how it would go. It went fine though, and I got to explore Antwerp a bit too. 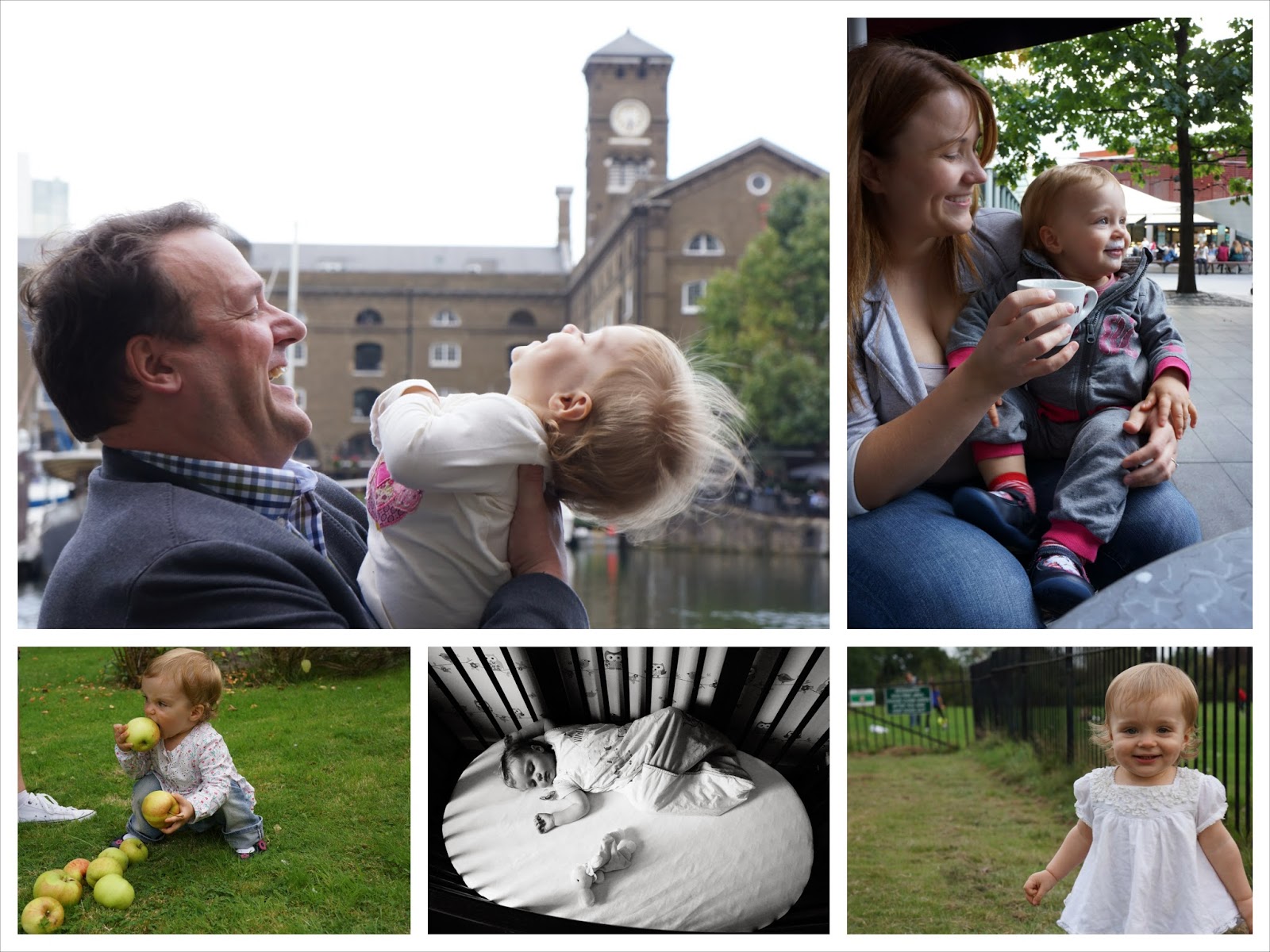 September was a lovely month. My dad was in London for work, so we met a few times. We went for a babyccino for the first time, and my baby called me "äiti" (mother in Finnish) for the first time. Bilingualism, here we come! Other than that, I wrote about how much time blogging takes and why I am OK with putting pictures of my little one on my blog. 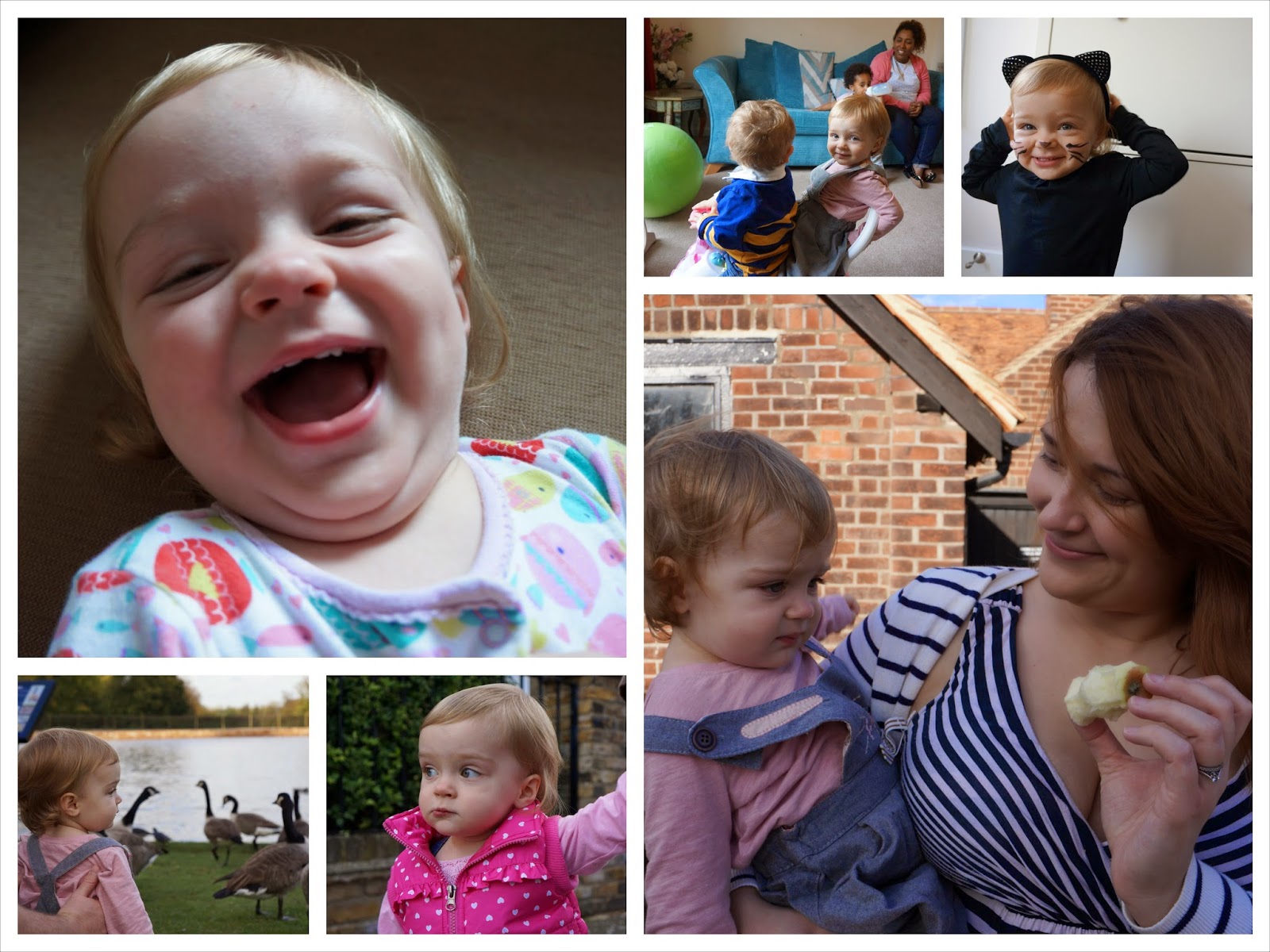 October we were struck down, one after another... Tummy bugs. The rest of the month was all about Halloween, and pondering which of the three Halloween outfit choices we would have. We visited a local farm for the National Apple Day (who knew there was one?) and I wrote a post about how to take better pictures of your child. 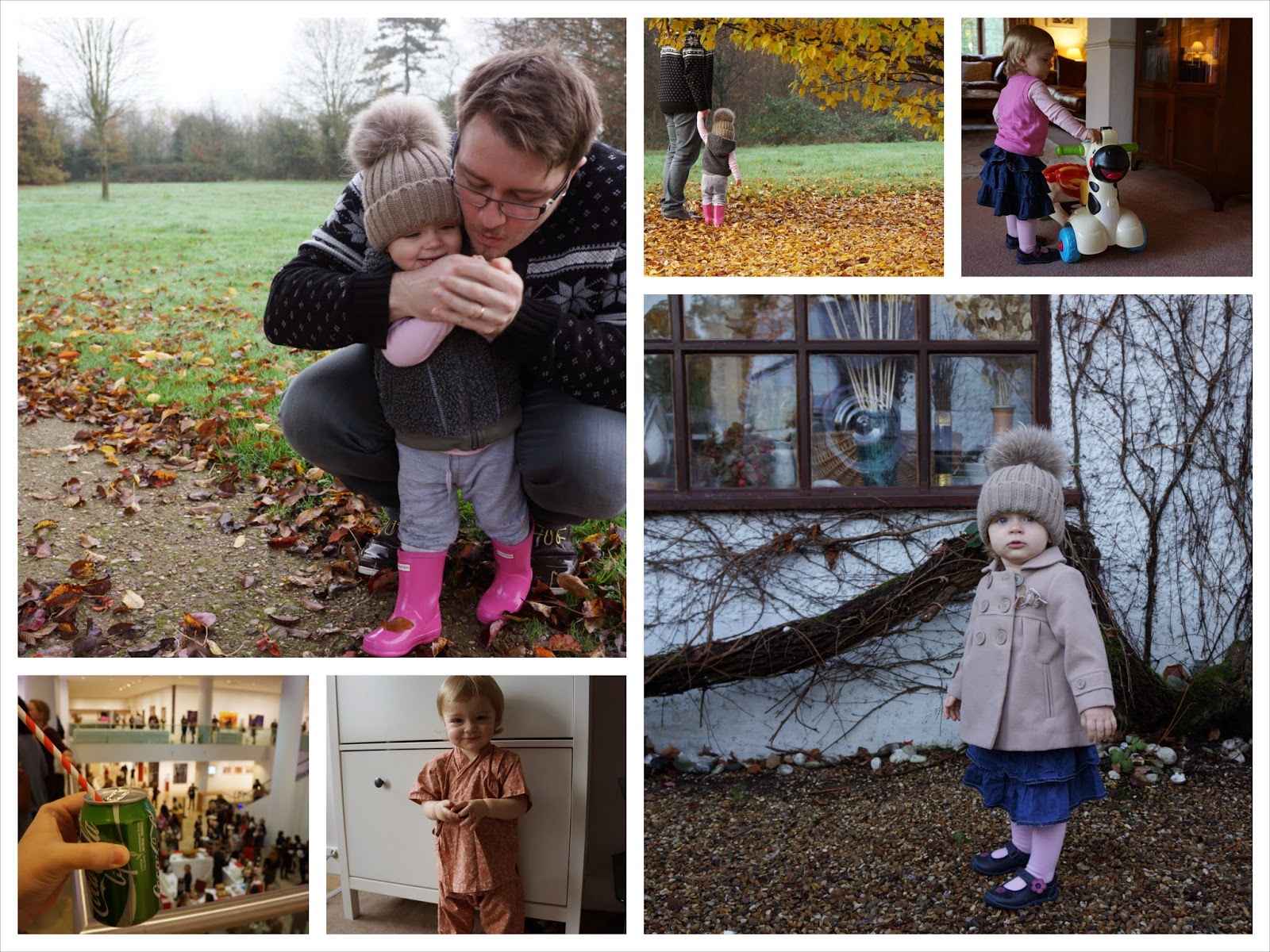 I turned 31 in November! It was a weekday and I spent it at work - but I did leave early so we could have a nice meal home. On the weekend we celebrated it at Nanny's with a small birthday bash. Blogging-wise November was a big month and I went to a blogging conference (Blogfest) which was pretty interesting. I also did my first review and giveaway. 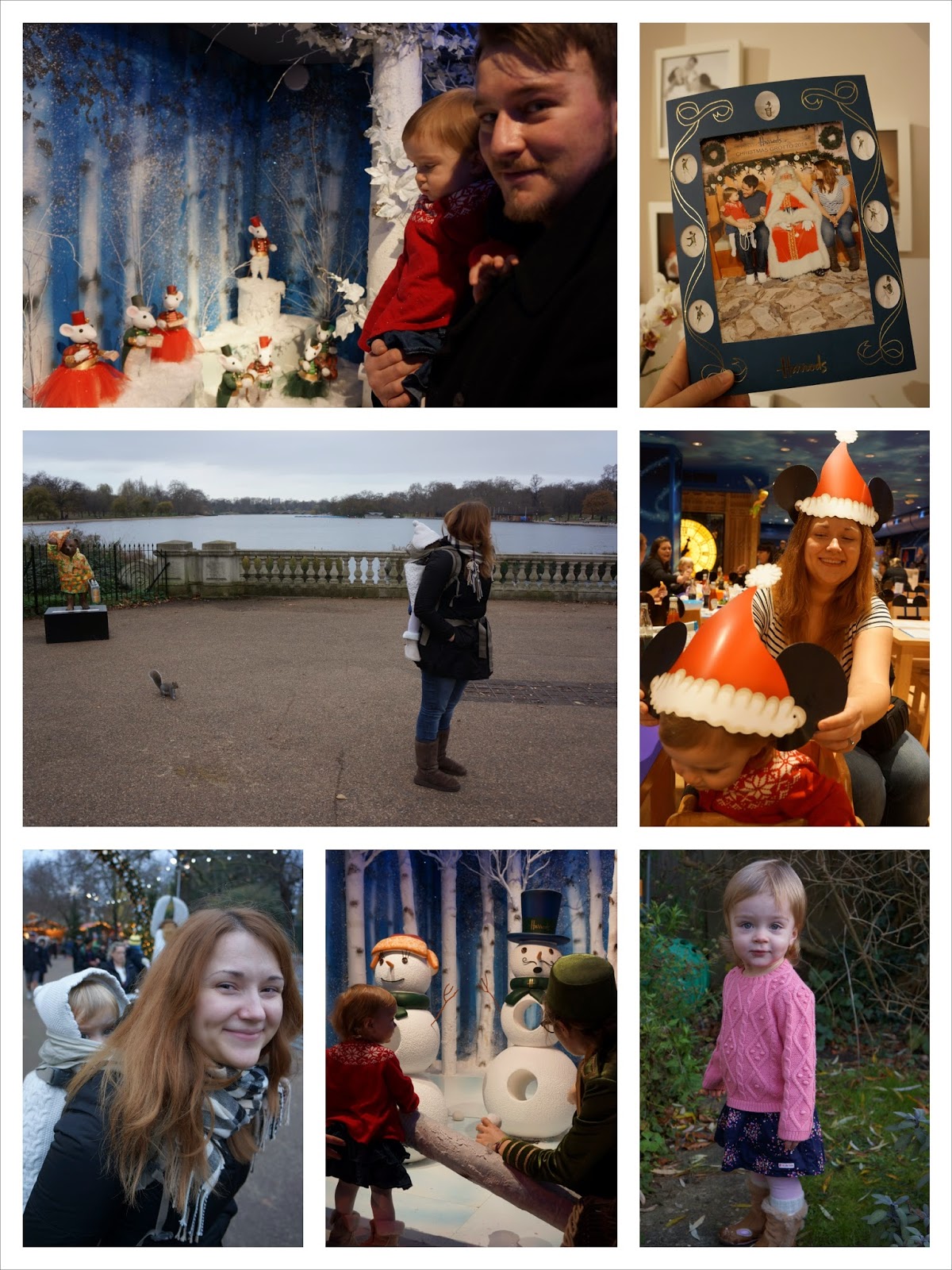 December was all about Christmas and Christmassy things... We went to see Santa at Harrods and had great fun, visited Hyde Park Winter Wonderland, and went to Finland for another holiday, this time the whole family. Our little one played in snow for the first time. We had quite a lot of trouble taking our Christmas card pictures, and finally managed to get a decent picture, but it was just for email and Facebook, as we didn't have time to print anything. 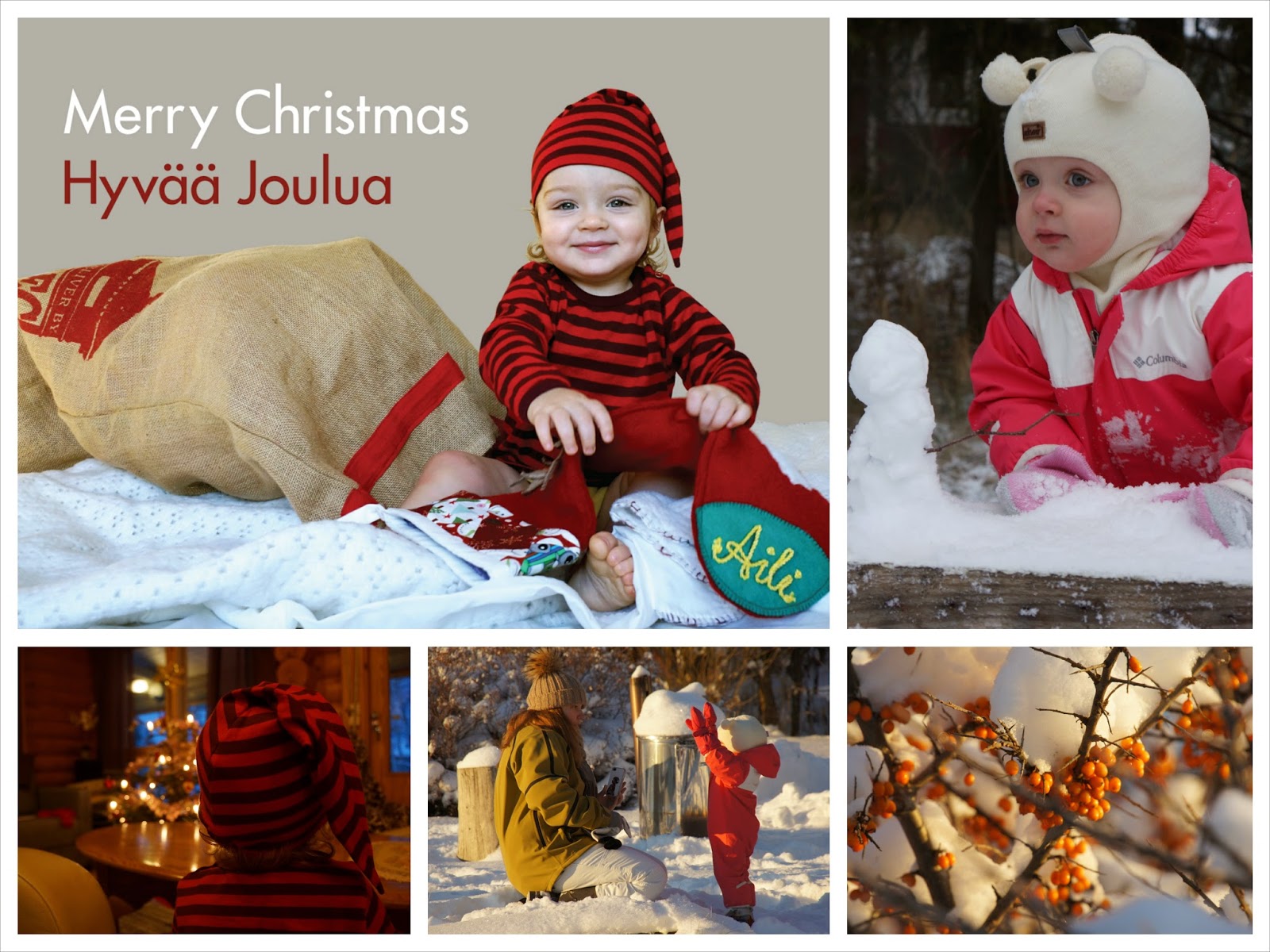 My favourite post of the month was about the time our newborn featured in Call the Midwife Christmas episode. Addition to that, I decided to start a new linky called "My monthly roundup" in the New Year, so hopefully it will get some links ;)

And that is it for the year 2014. Lots of firsts, new job, new blog, lovely little holidays, lots of events, and spending time with friends and family. What a great year - I hope many more like this to come!

I hope you had a wonderful year too!