We were lucky and got to enjoy some snow this Christmas (as we are in Finland). And of course, we went out to play as soon as there was a little smattering of snow. 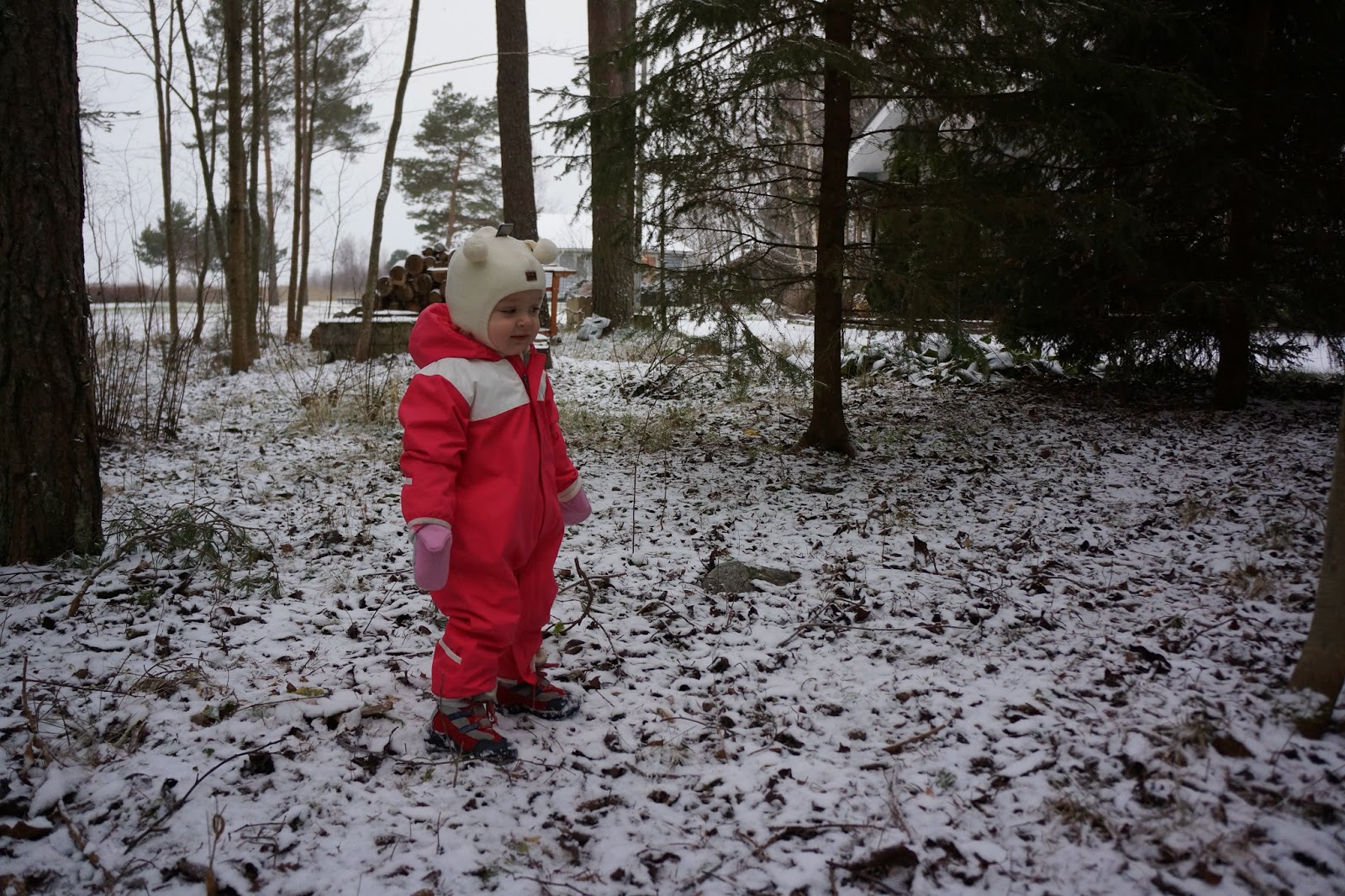 Our little one has already experienced snow. A bit more than a year ago we visited Finland right before Christmas, and it snowed. She was too little to go out and play in snow back then, being just six months old, so stayed in her pram just looking at snowflakes dancing around her. Now, a year later, we let her loose. 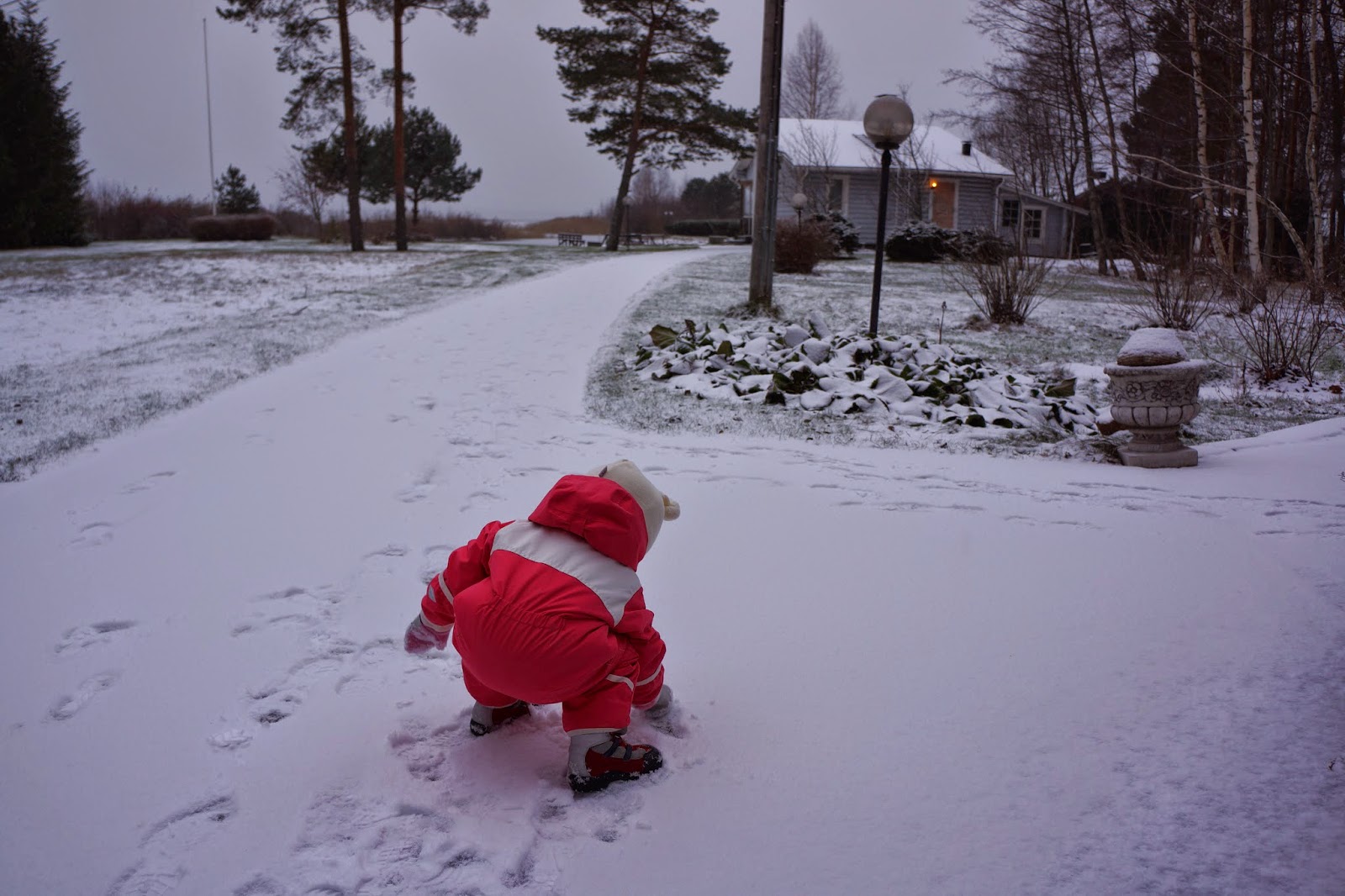 It was exciting. It was cold. And it was a bit wet too. Maybe tasty too, I am sure I saw someone licking her snowy gloves... 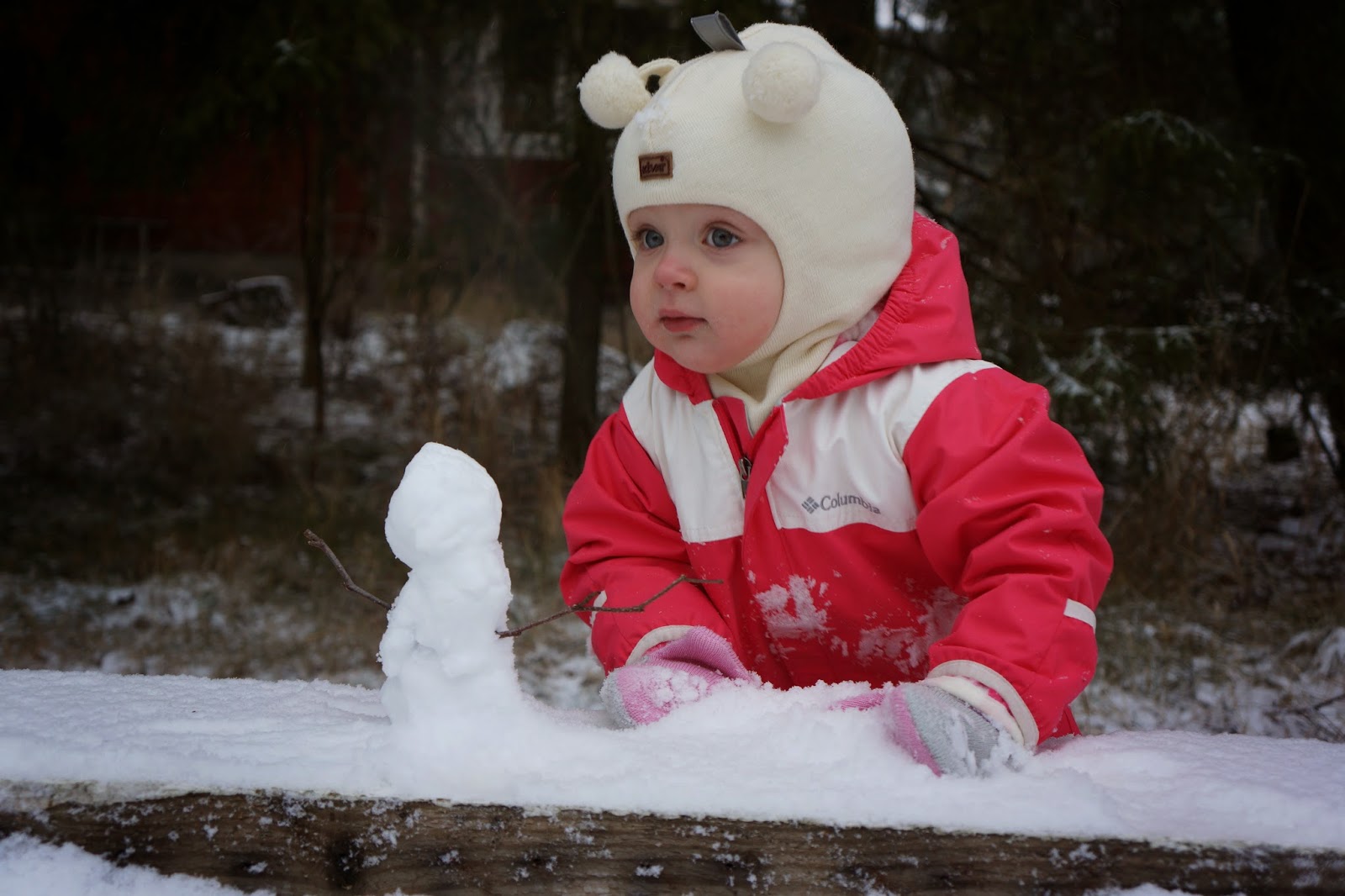 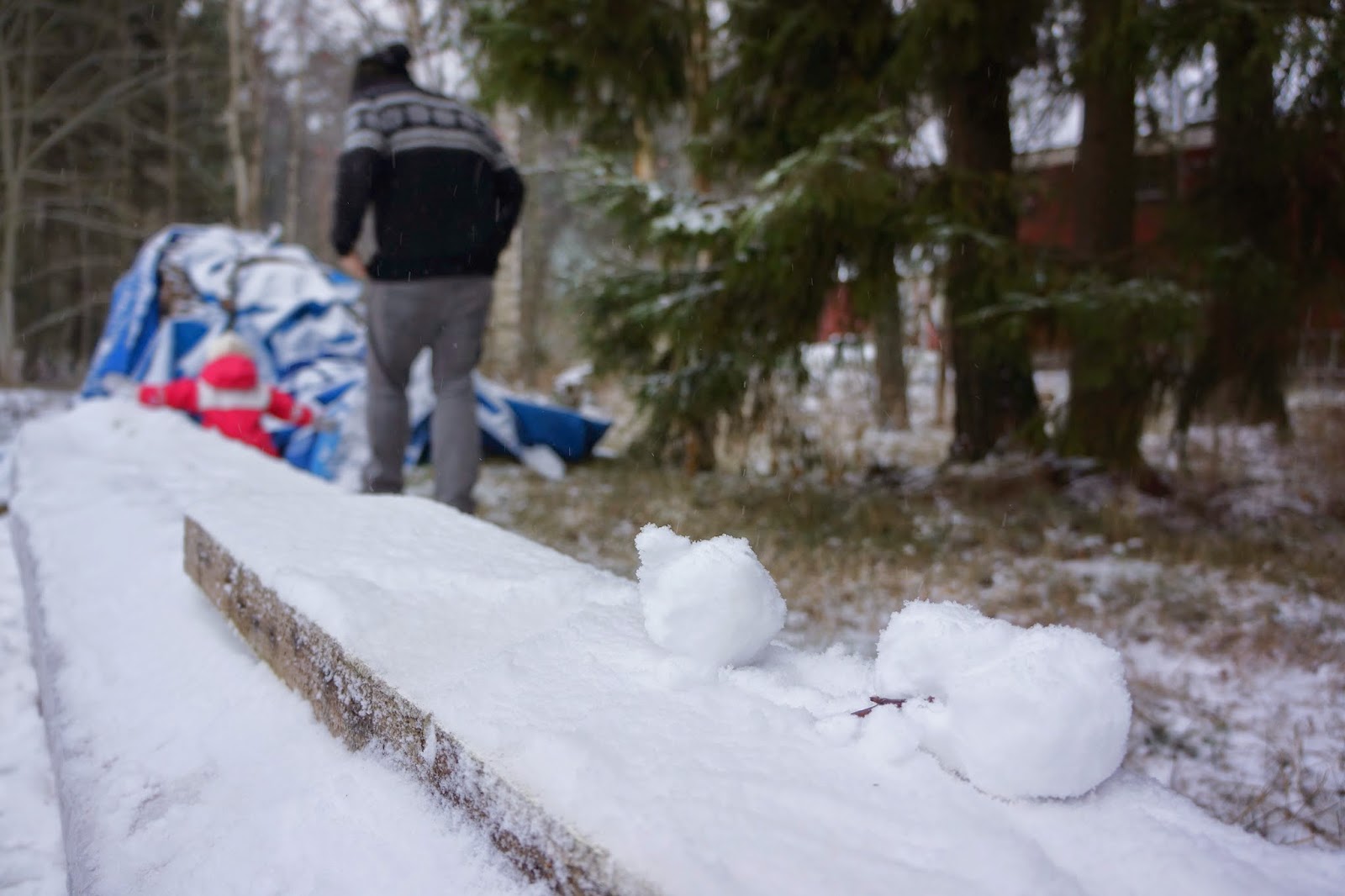 I made her a little snowman. I thought it would be so cute, her playing with the snowman. Alas, she was far more interested in running around a pile of planks and knocked over our little snowman without casting a second glance on it. 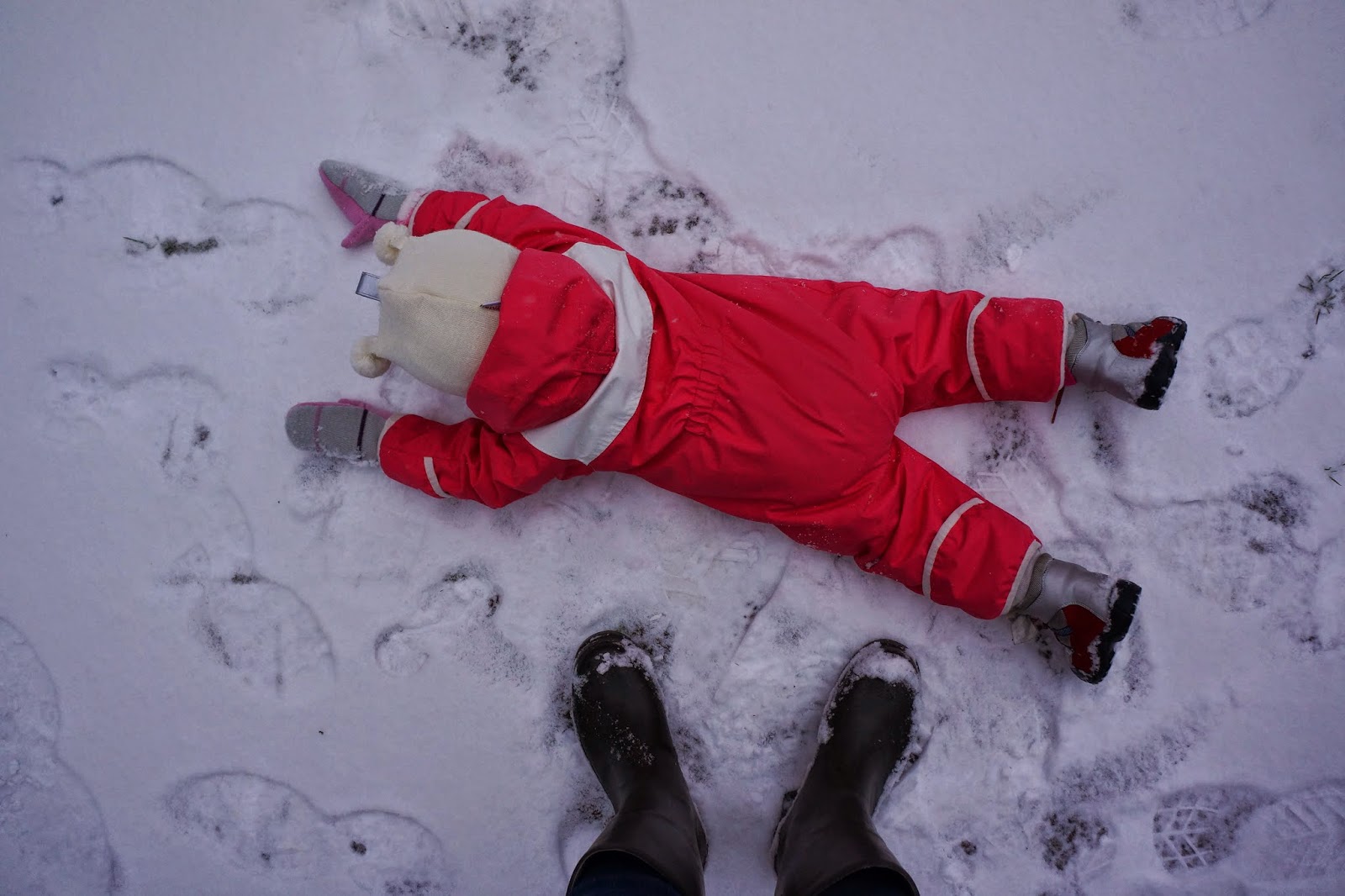 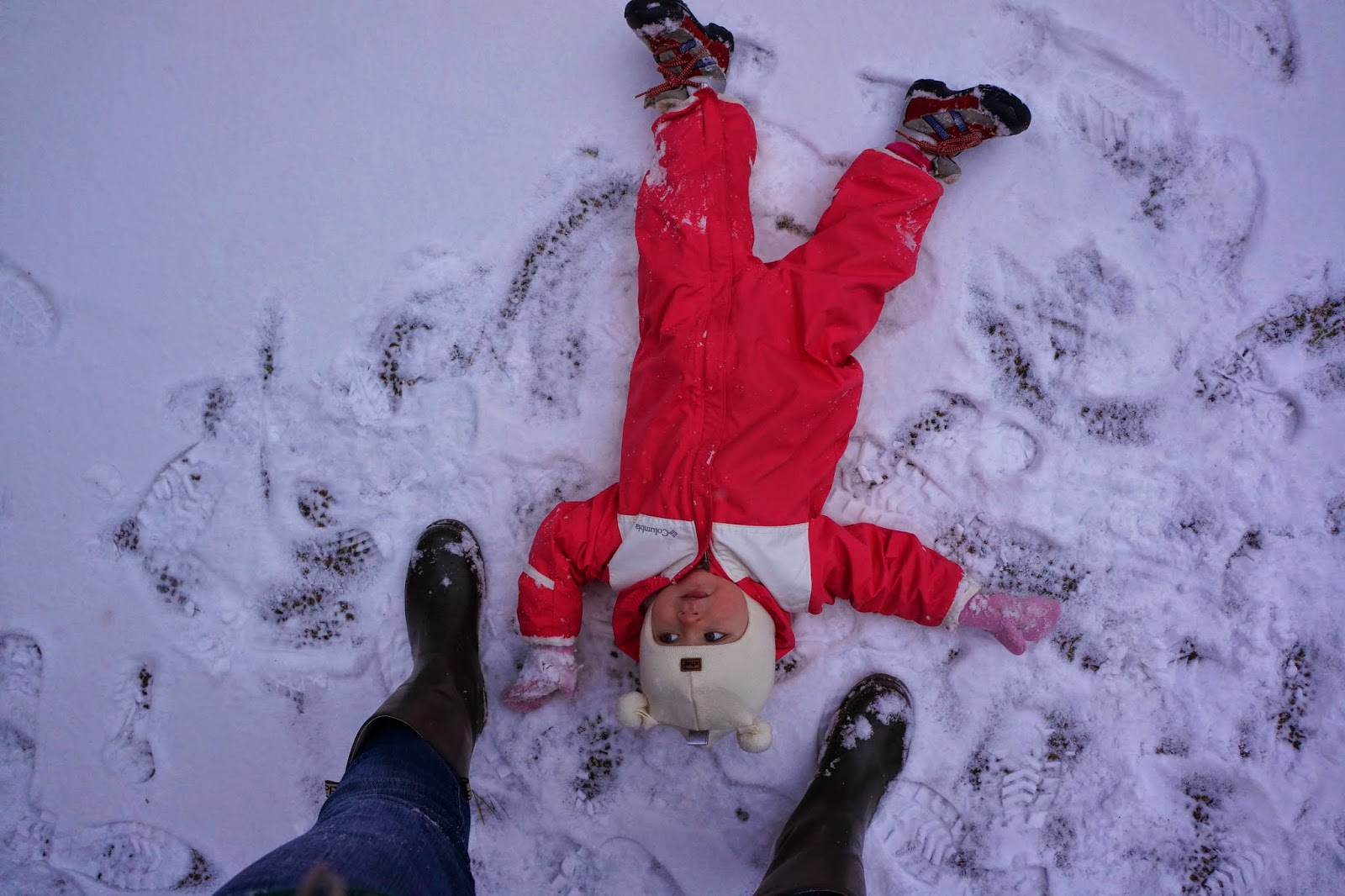 Doesn't it look lovely - a baby making snow angels? Not quite what happened here though... As mummy was getting cold, frozen to the core, she tried to gently push her daughter towards the cottage. "Let's get inside, get a cup of hot chocolate and get warm", she said. And if the baby did know how to reply back she would have said something like "NO, nononononono, NO, no mummy, NO". Instead of saying that, she threw herself on the snowy ground, face first, until she realised that was probably not the most comfortable position to be in, and turned on her back. 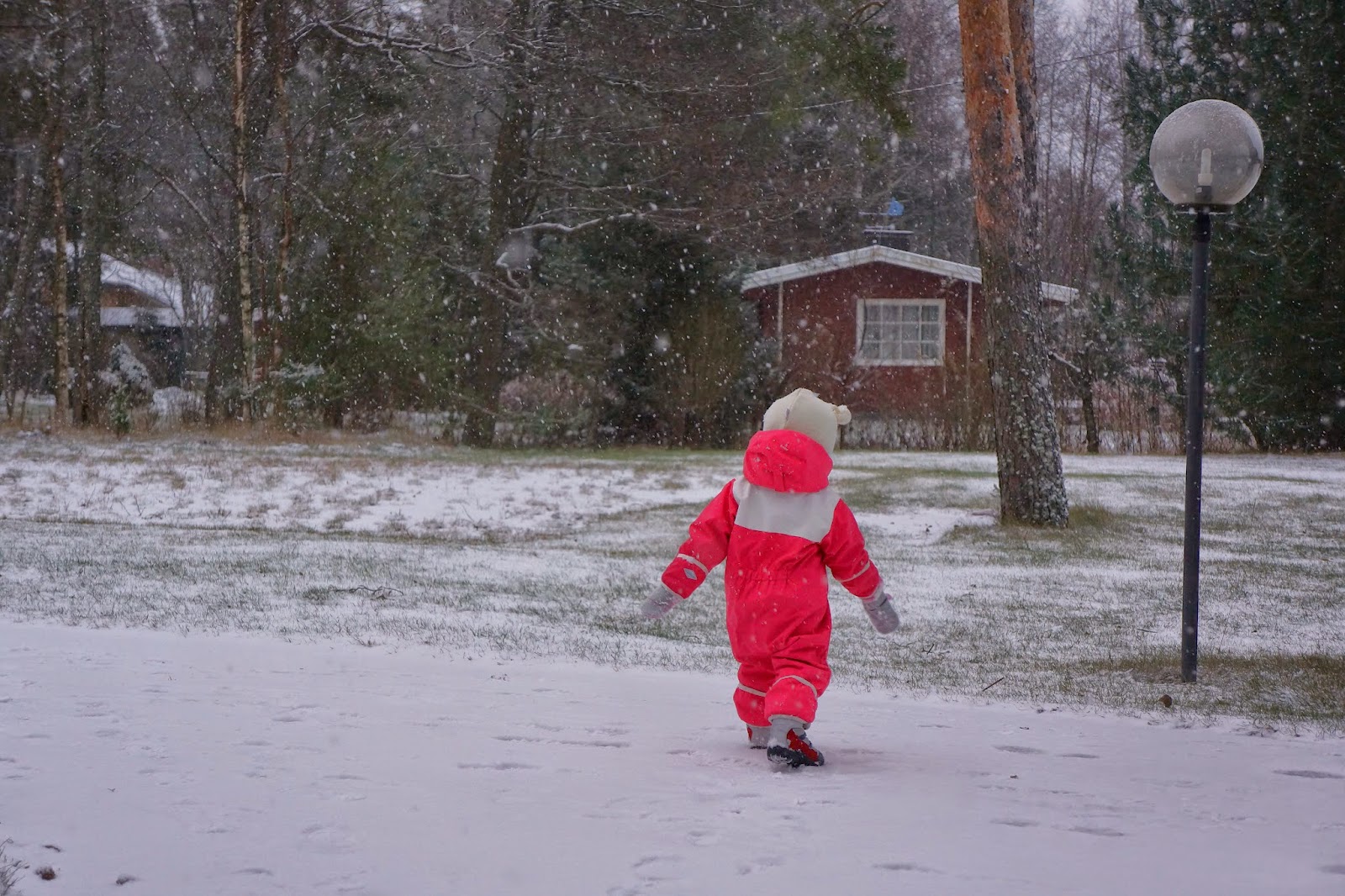 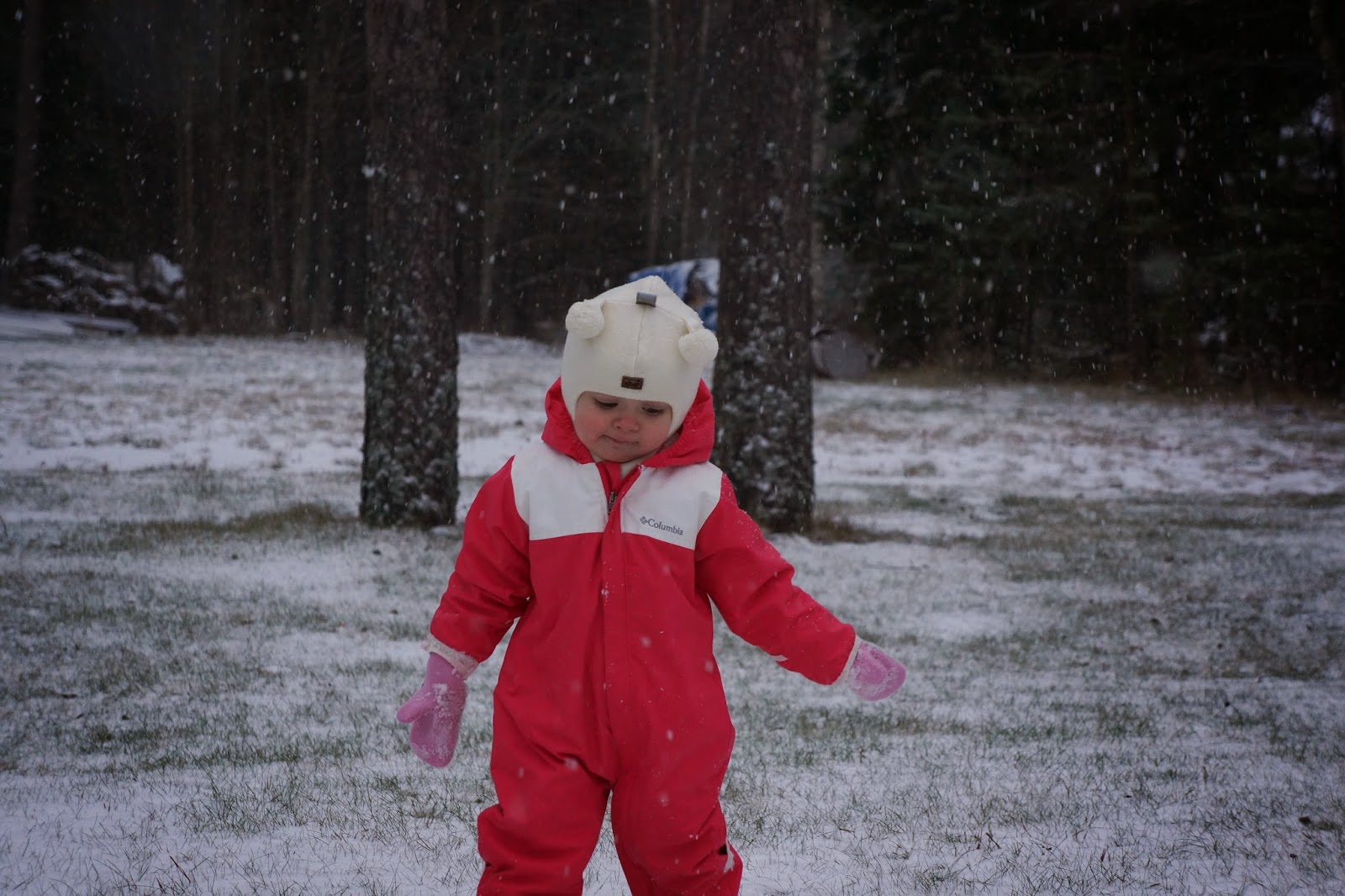 It started snowing again, and it looked magical. I do love it when it snows. I loved capturing the falling snowflakes, it looks so pretty. After we went back in, it kept snowing, and in the end there must have been about 4 inches of fresh snow, ready for play the next morning. 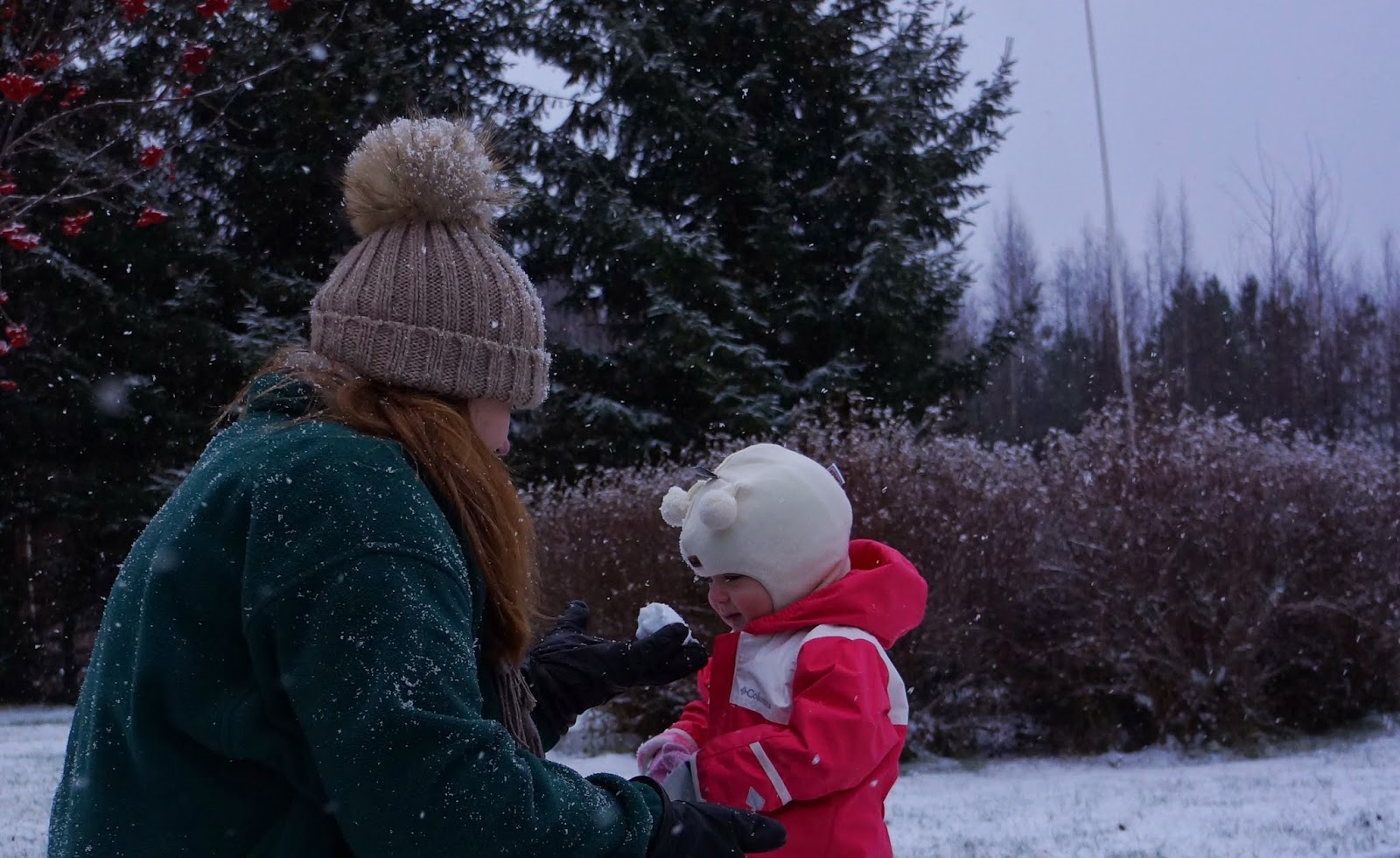 Happily, all tantrums were forgotten after a nice gift from mummy - a snowball to squish and destroy.

(And mummy did get inside, finally!).

Have you had a chance to play in snow?